architectural photography is the documentation of buildings and similar structures from an artistic or realistic perspective.

architecture in italy surveys the contemporary condition of the country's built environment, showcasing a range of innovative projects and the diverse materials and unconventional forms employed in their construction.

in his latests series, architectural photographer dan alka has captured tadao ando’s fabrica building located in treviso, italy. established from a vision of luciano benetton, fabrica offers young people from around the world a one-year scholarship, accommodation and a round-trip ticket to italy, enabling a highly diverse group of researchers. the range of disciplines is equally diverse, including design, visual communication, photography, video, music and journalism. 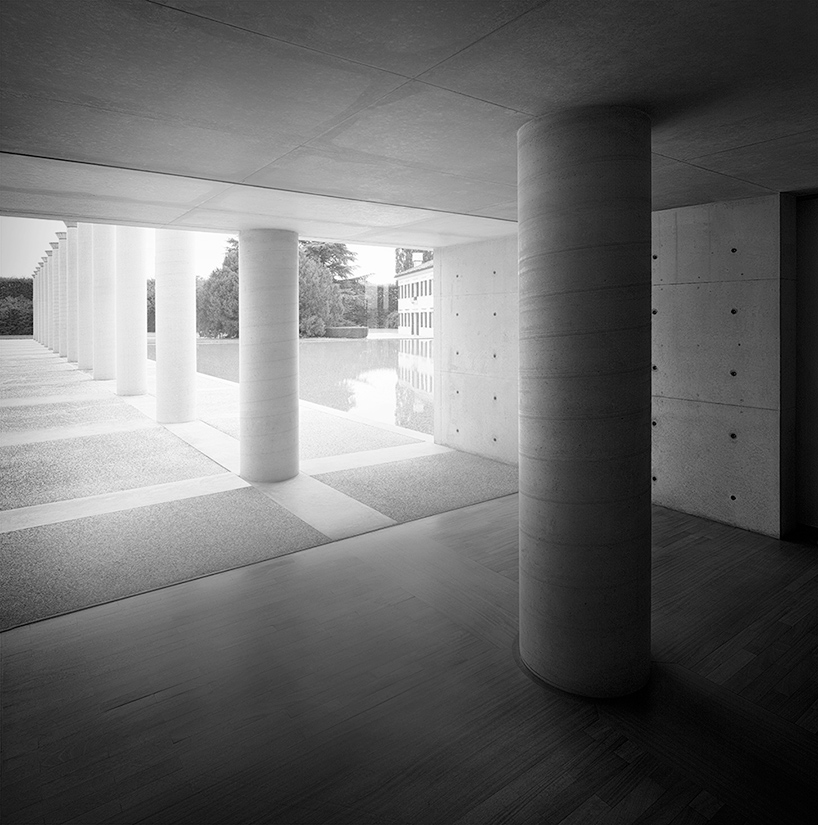 dan alka travelled to italy to photograph the campus set within a 17th-century villa, restored and significantly augmented by renowned japanese architect tadao ando. the project included redesigning the villa’s hall – elliptical, double-height and uninterrupted from the front to the back of the villa – the creation of an auditorium in the greater barchessa and of a glassed-in area connecting the two barchesse, which replaced the existing, unsafe brickwork. 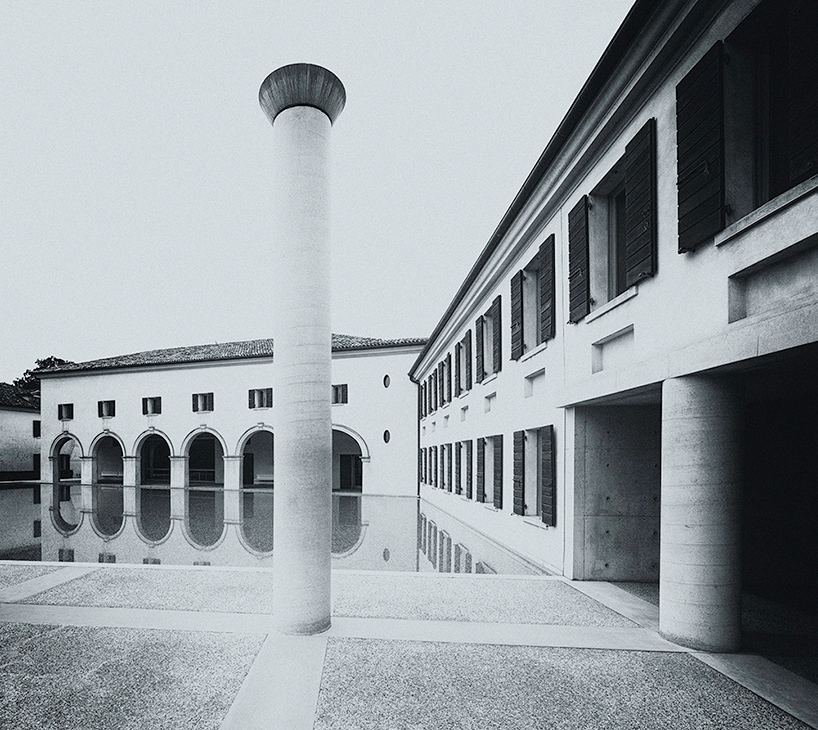 the auditorium’s curved, bare concrete wall projects from the barchessa’s outer façade; towards the inner portico a large opening offers a view over the courtyard and the large pool on both sides of the new access path to the smaller barchessa. this path, marked by a series of free-standing columns with truncated-cone capitals, creates a sort of spatial and geometric preview to the main fabric extending, in a straight line, beyond the barchessa and on almost to the boundary of the area. 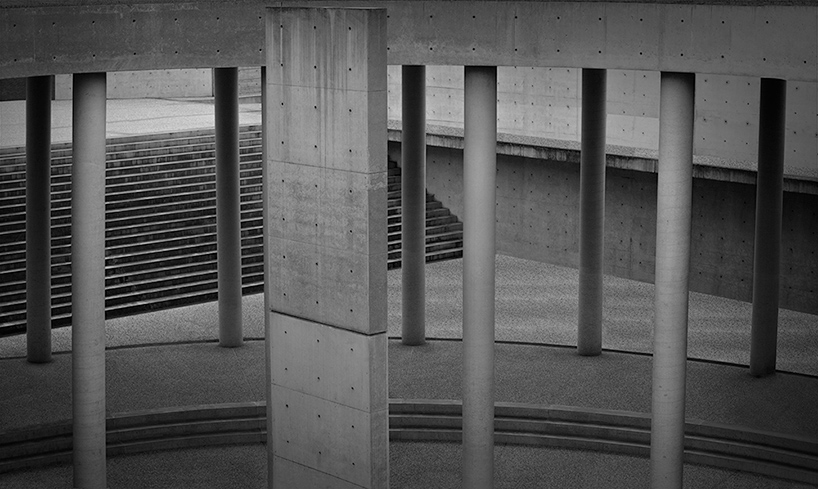 the long parallelepiped – that was built during the second stage of construction together with the new areas, most of which are underground, and the elliptical piazza – consists of a series of solids and voids between two retaining side walls. the internal pathway passes between offices and laboratories and leads to the lower levels or up and out into the open, on the terraces. because of their particular character and dimensions, however, these transit areas play the role of both halls and galleries, waiting areas and ‘places for communion and communication between people, between people and history or nature,’ according to tadao ando. 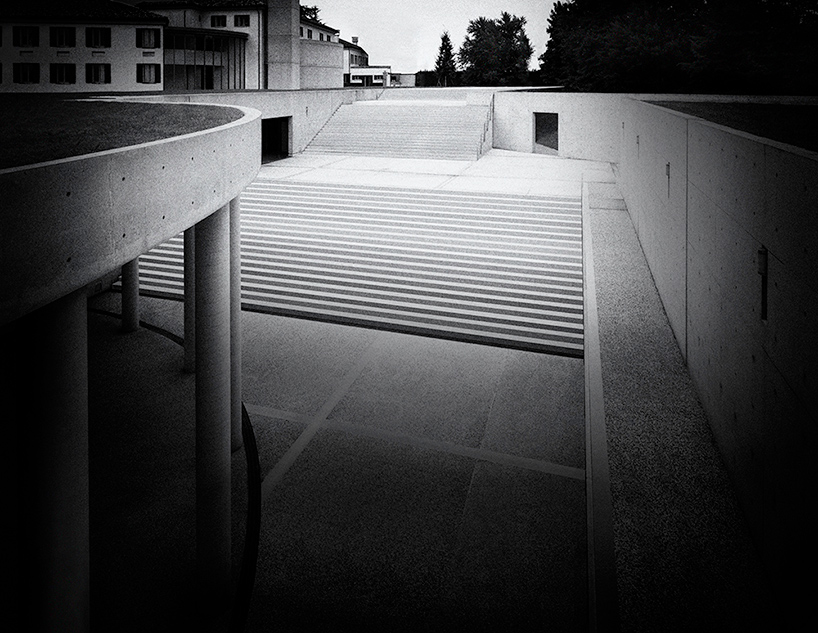 the use of natural elements, such as light and air, as part of the architecture reaches its climax in the huge elliptical piazza, excavated eight metres deep. where it intersects with the ellipse’s curve, the straight building is literally cut to the quick, revealing its inner layout and structure, culminating in the series of free-standing columns on the terrace that continues the line of columns leading to the barchessa. on the opposite side, the ellipse’s virtual space intersects with a huge sunken terraced stairway which gives access from the villa’s driveway down to the centre of the piazza. 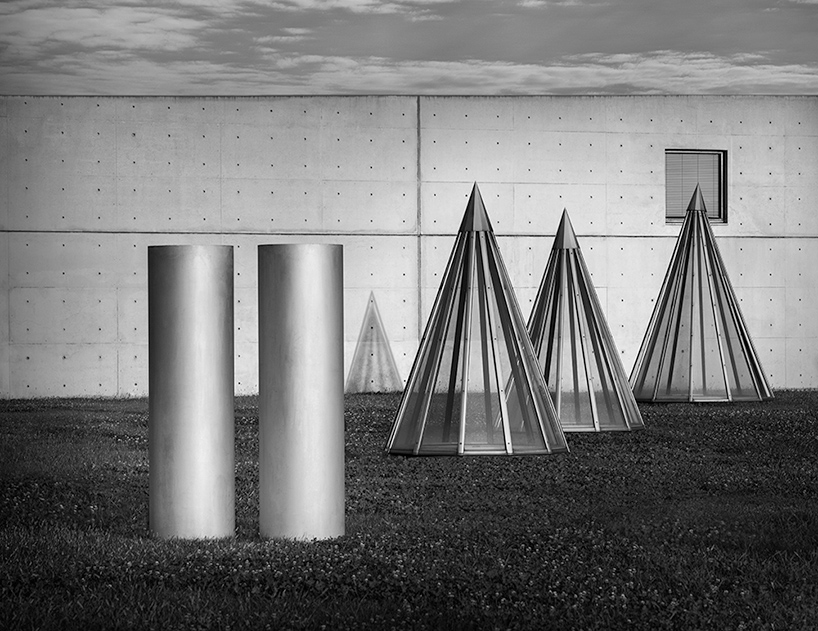 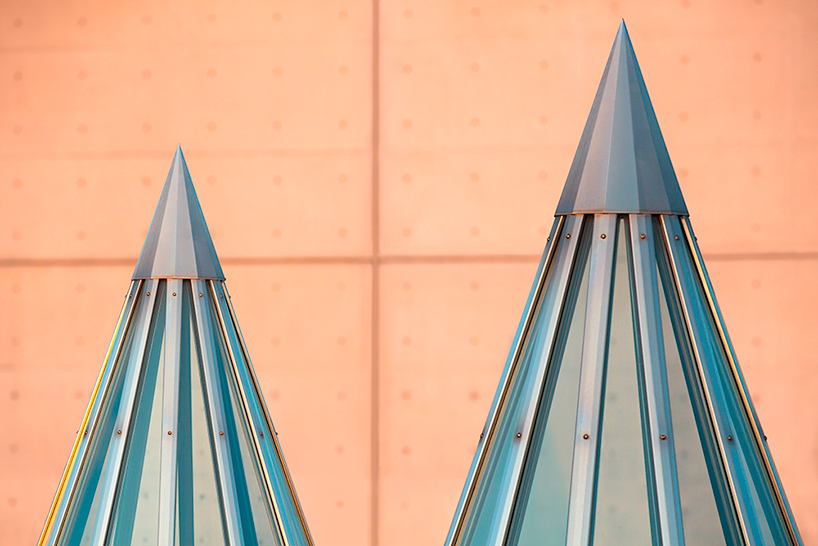 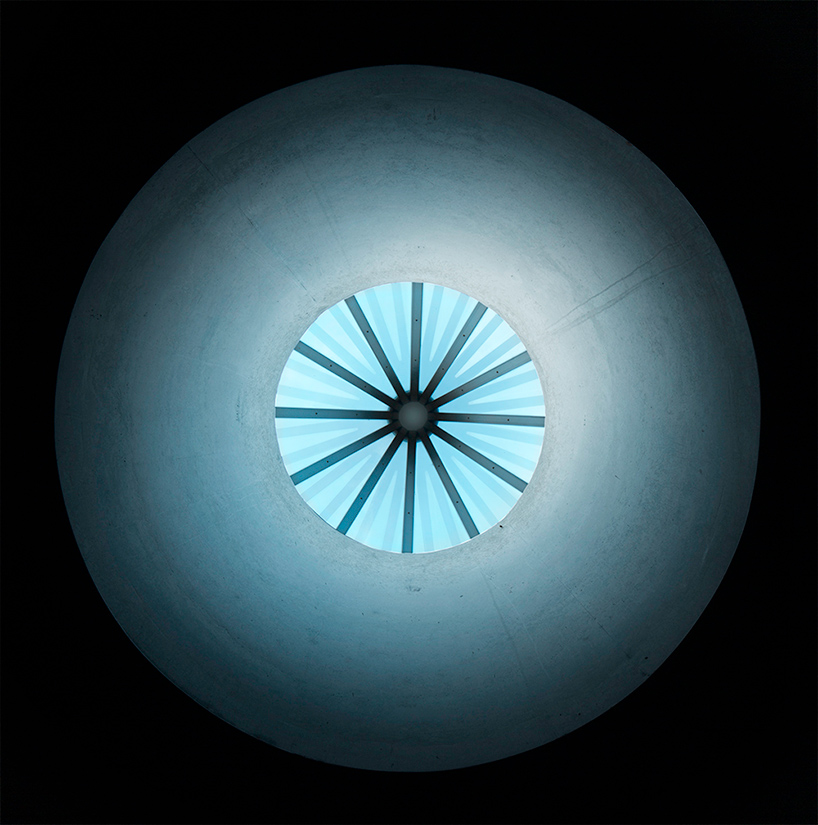 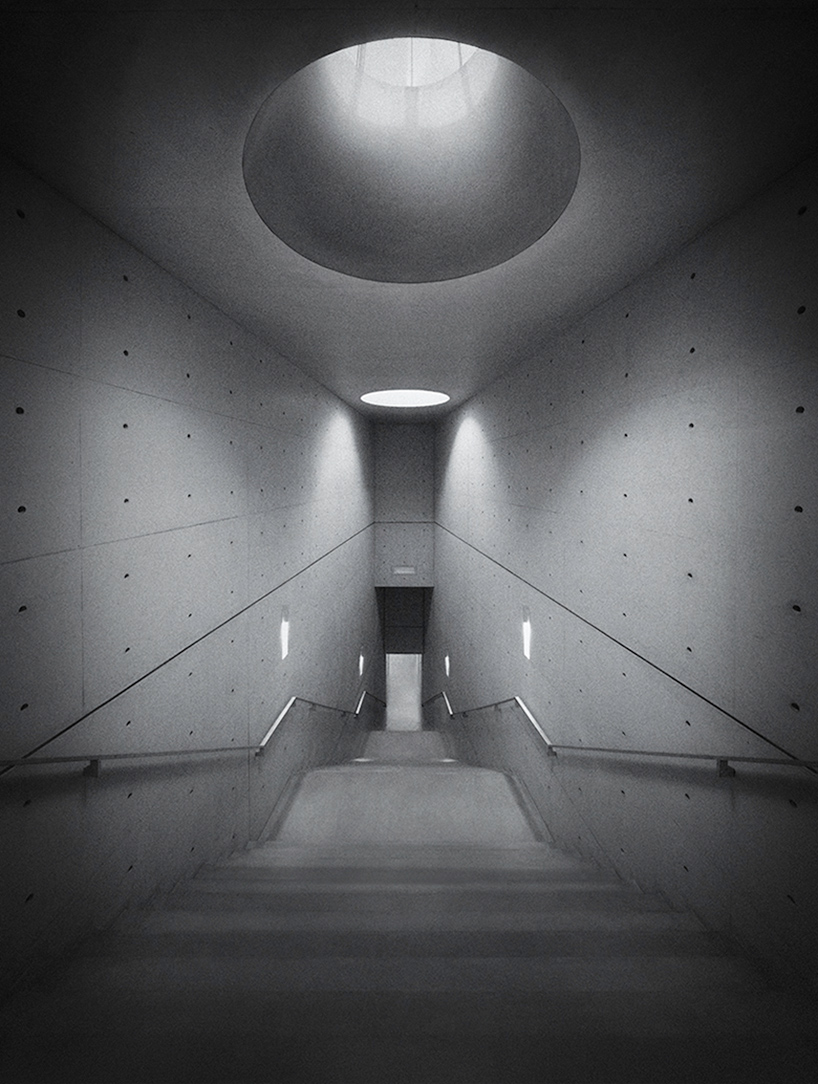 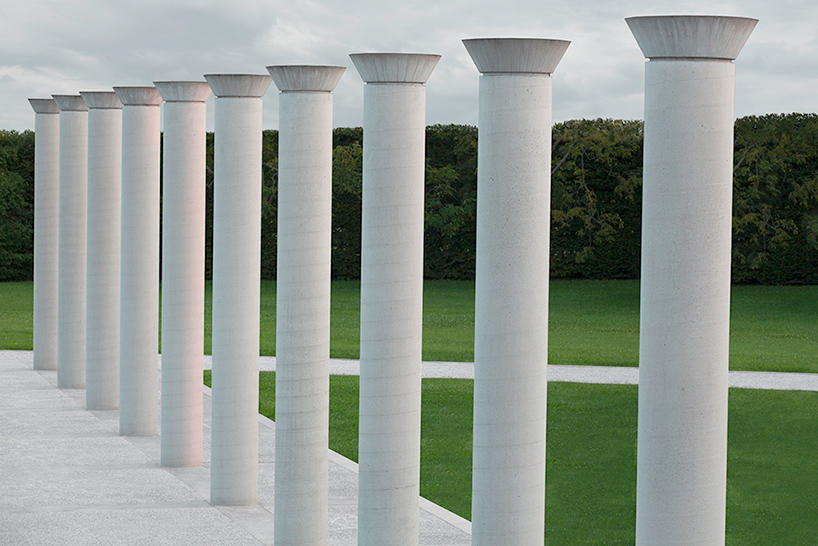 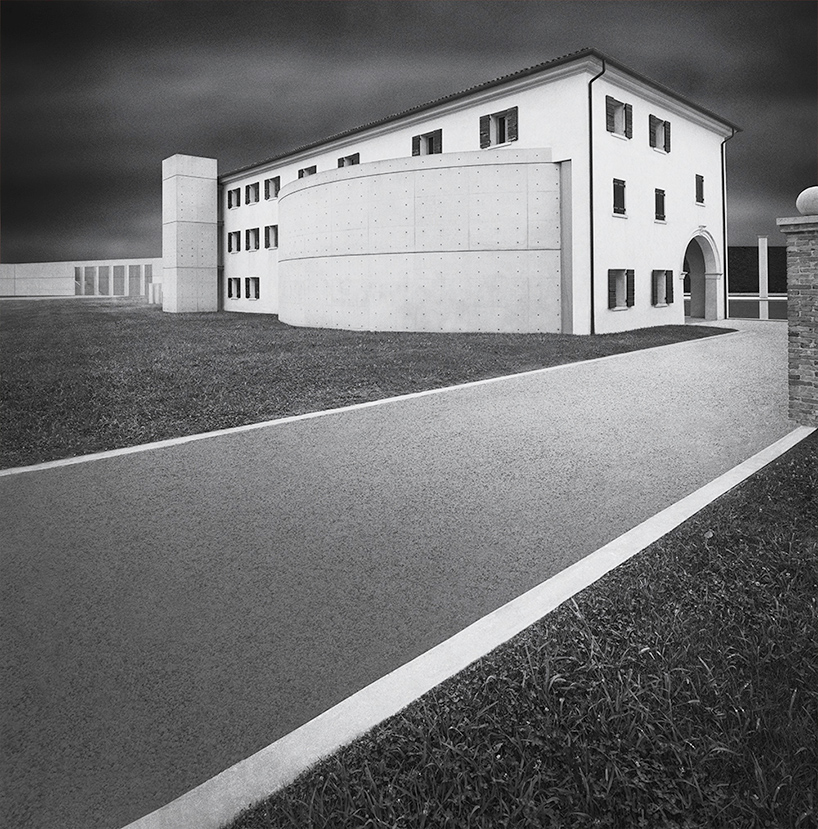 Dan
0
0
0
password recover
please insert your email below to reset your lost password
your new password has been sent to your email address
thanks for registering
please complete the form below. 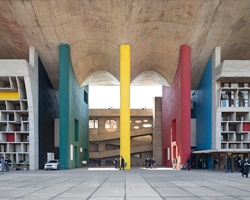 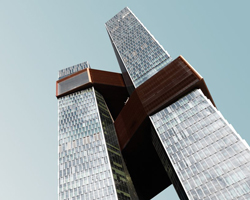 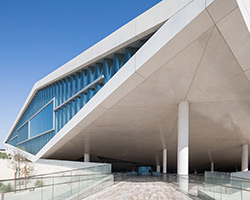 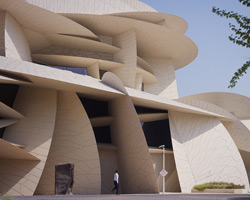 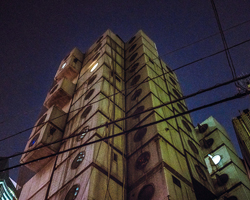 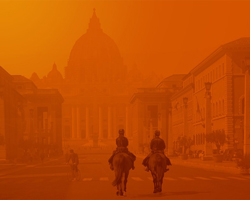 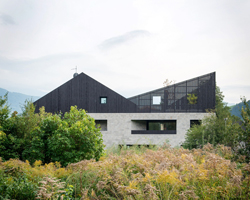 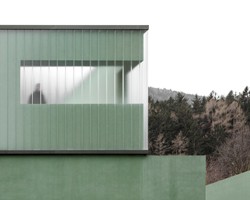 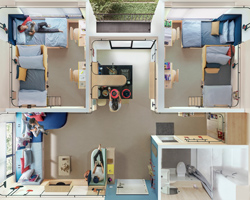 united colors of benetton exhibits a colorful history at the triennale 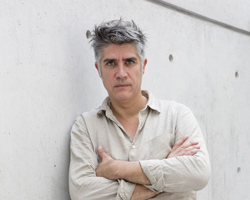 alejandro aravena discusses his curation of the 2016 venice architecture biennale 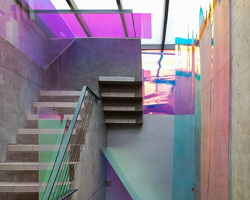 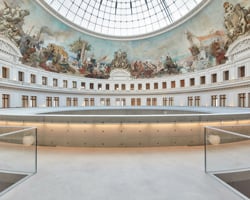 the structure has been designed as a 'sculptural and experiential counterpoint' to the adjacent shopping mall.

the structure has been designed as a 'sculptural and experiential counterpoint' to the adjacent shopping mall.

from le corbusier to rietveld and gaudí, virtually tour iconic architecture around the world

we’ve made a round-up of iconic architecture for you to virtually move around.

we’ve made a round-up of iconic architecture for you to virtually move around.

built in 1788, felix meritis boasts a rich history since the age of the enlightenment as a hotspot for culture and creativity.

built in 1788, felix meritis boasts a rich history since the age of the enlightenment as a hotspot for culture and creativity. 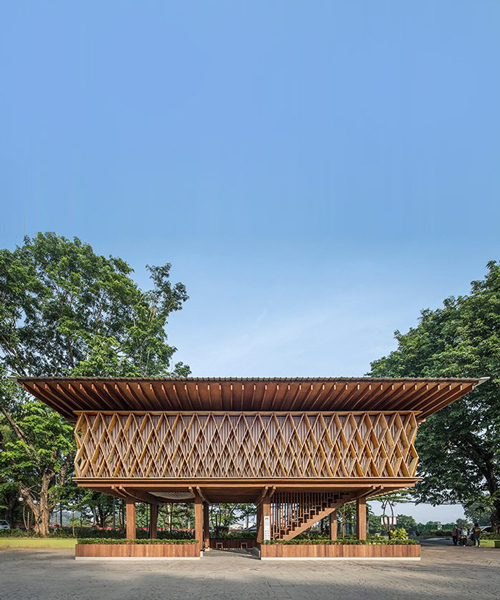 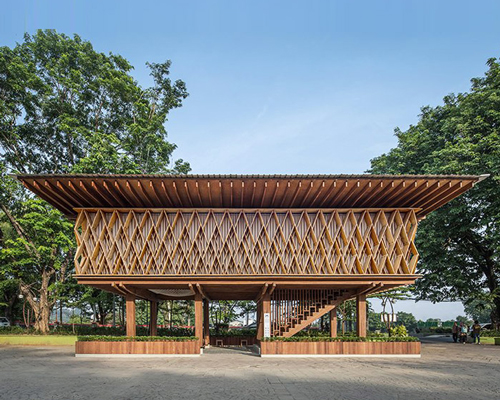 SHAU forms an elevated 'microlibrary' from prefabricated timber in indonesia

the microlibrary charges no entry fee and is part of a wider initiative to encourage reading in low-income neighborhoods.

the microlibrary charges no entry fee and is part of a wider initiative to encourage reading in low-income neighborhoods.

×
keep up with our daily and weekly stories
504,180 subscribers

keep up with our daily and weekly stories
504,180 recipients