the canadian offices of dan hanganu architectes and CLC architectes have teamed up to complete the monique-corriveau library, which involved an addition to and conversion of the st-denys-du-plateau church in québec city. the existing structure, built in 1964 and designed by the late jean-marie roy, is a landmark example of modernism in the region, featuring a tent-like form housing a dramatic nave space. the adaptive reuse efforts involved the extension of rectangular glass building volumes from the centrally located original hall.

the building is a tribute to the québec writer monique corriveau, the author of numerous children’s books and winner of several literary awards. the existing nave contains the library’s public spaces, including book stacks and reading/work areas, while the new construction elements house the facility’s community hall and administrative program. this arrangement allows the community hall to remain open outside of the library’s hours, while fully preserving the former-church’s monumental volume. 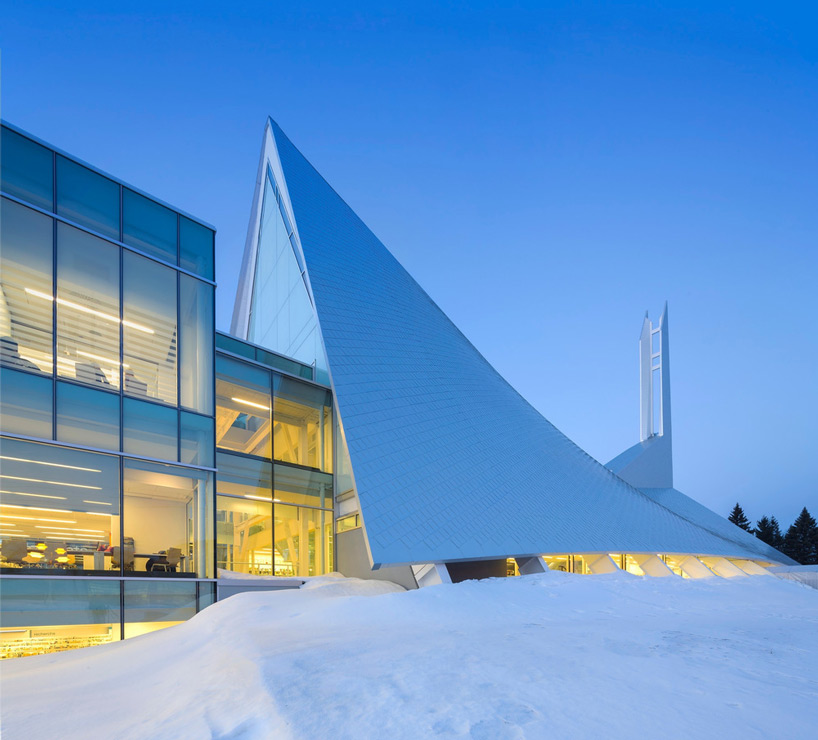 the building additions continues the stark-white material treatment of the church, while integrating vibrantly colored glass, staircases, and floor surfaces in specific places. bands of windows outline the triangular profile of the nave’s ends as well as its high roof peak. 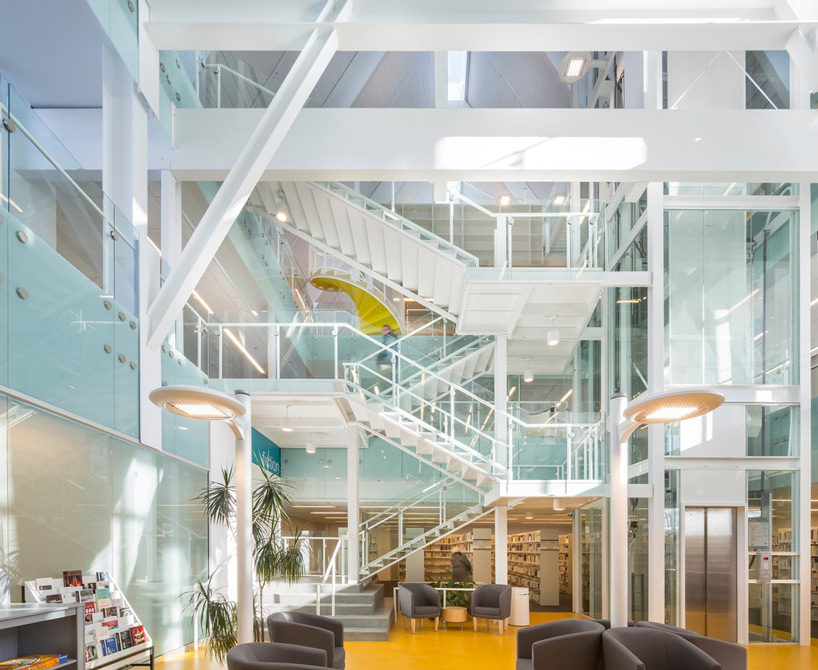 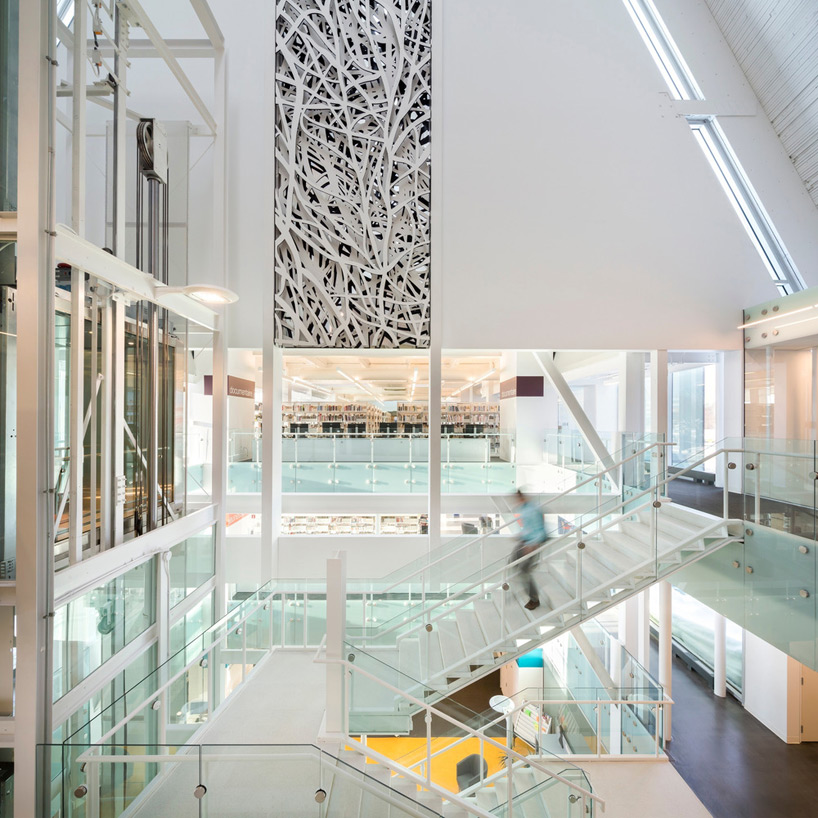 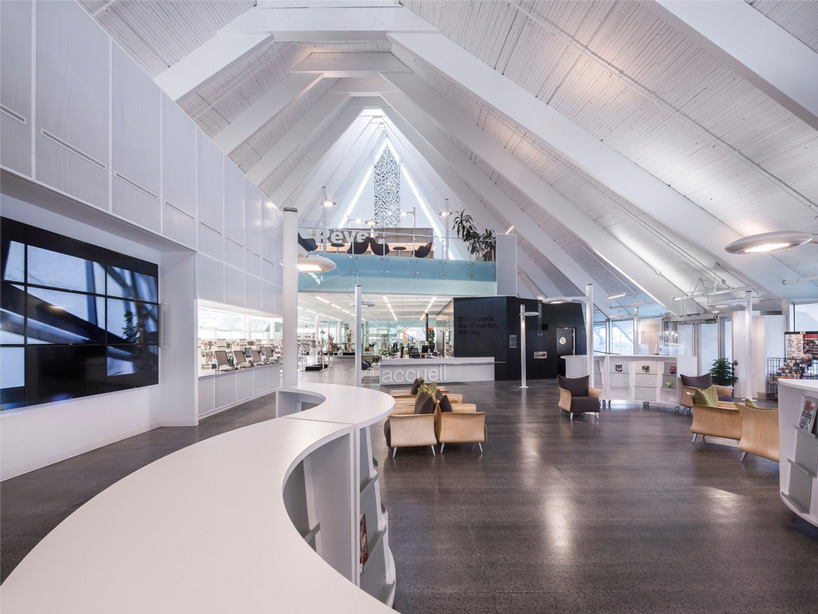 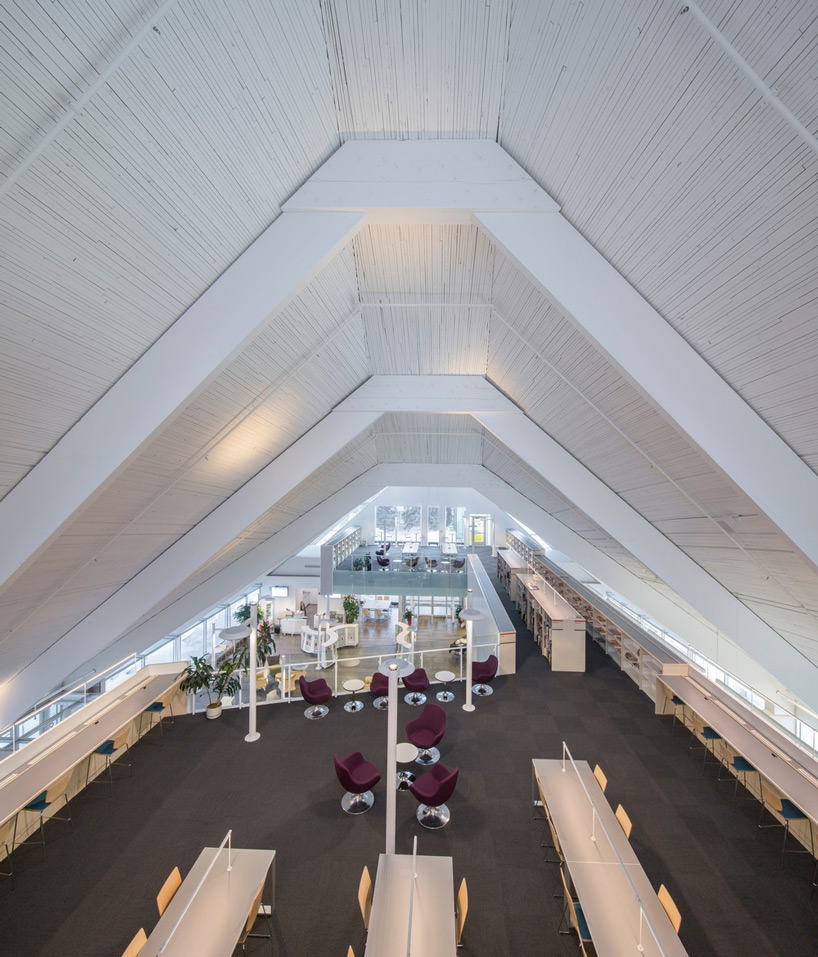 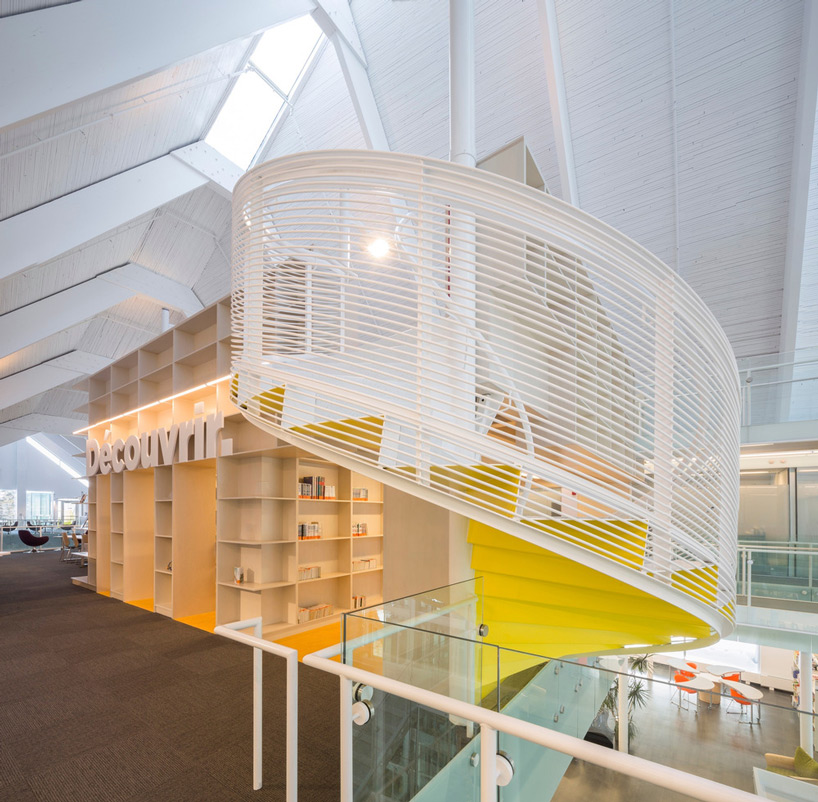 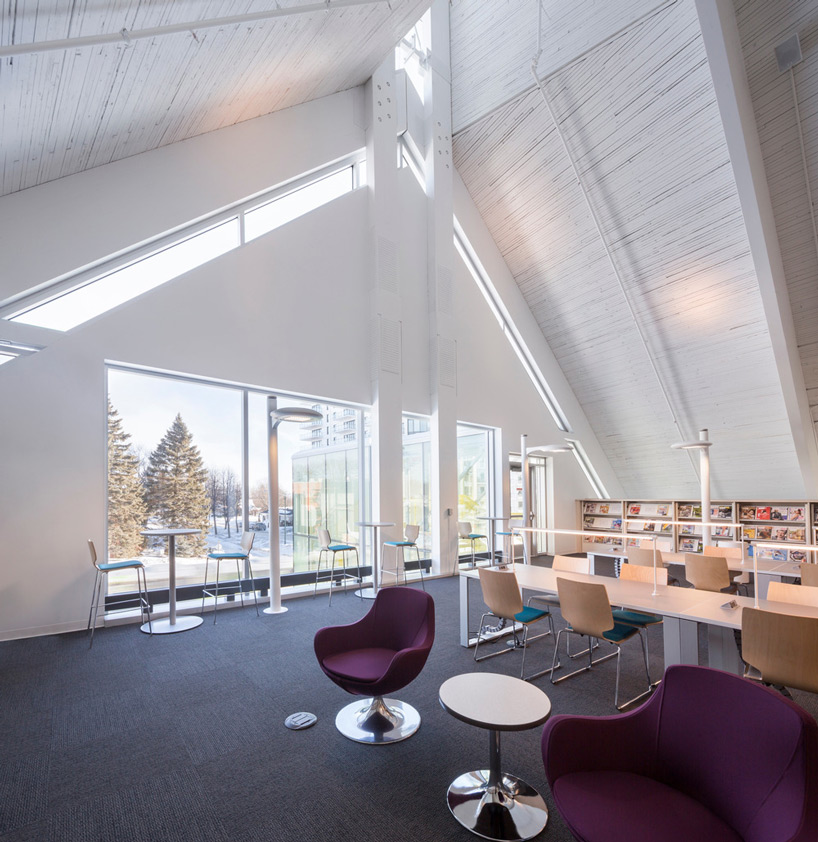 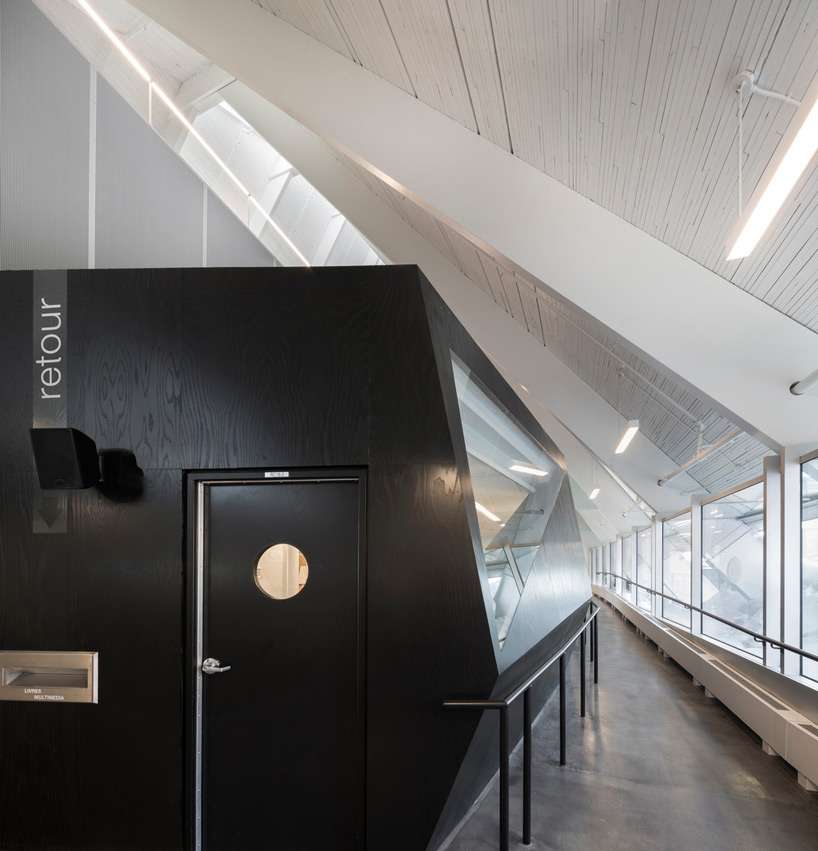 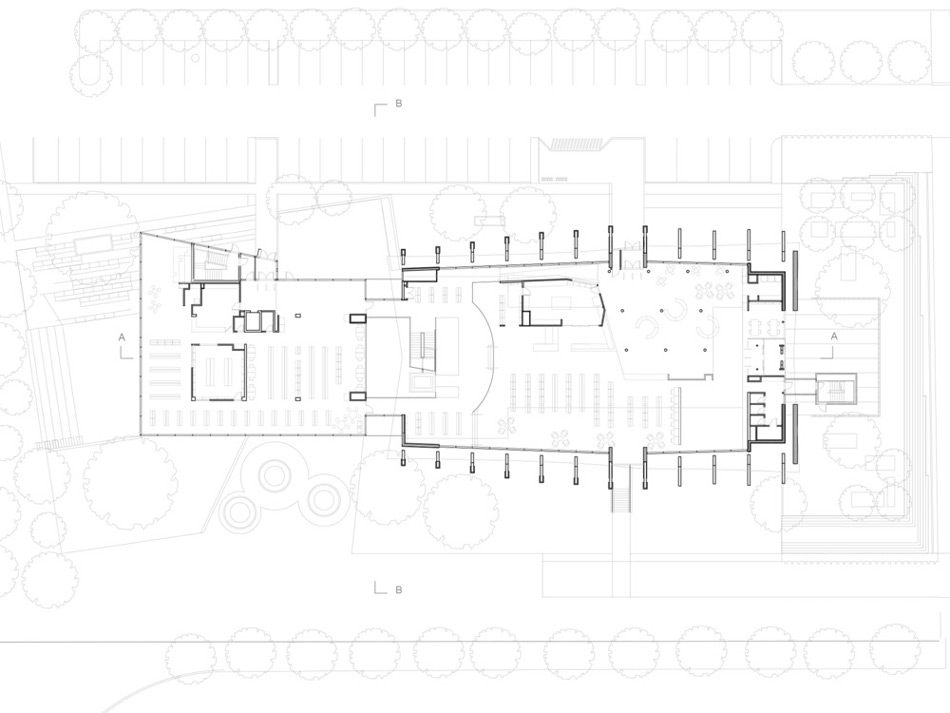 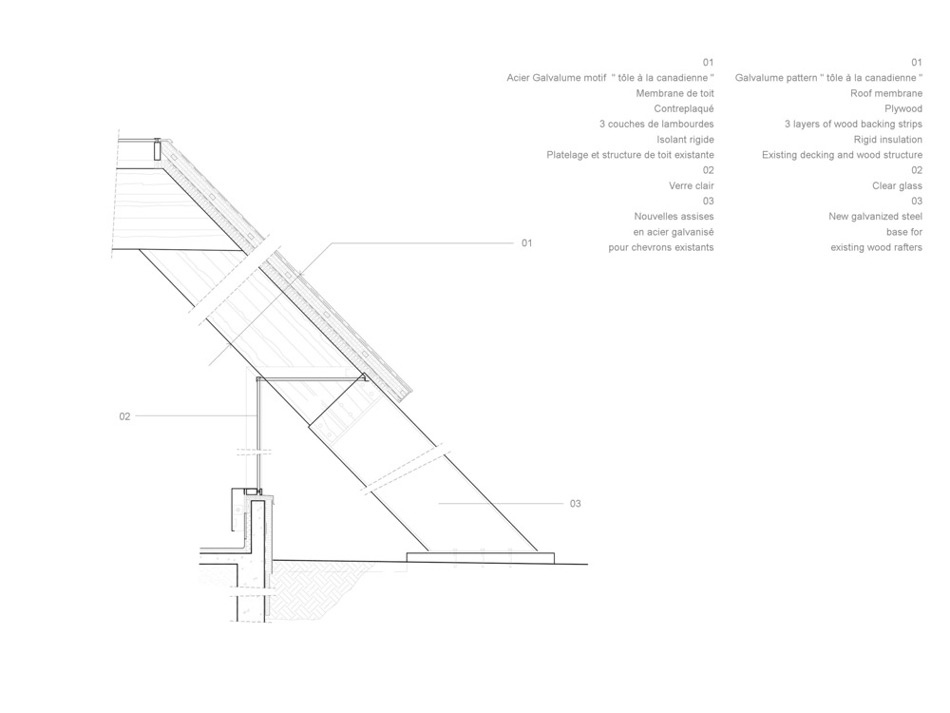