plans for a new iranian embassy have been unveiled in london and has sparked controversy amongst locals of south kensington. designed by vienna based iranian architect armin hohsen of daneshgar architects the new embassy will be a six-storey marble and stone structure sporting irregular windows and sharp, clean lines. situated on the corner of manson place and queensgate mews the jutting corner of the building will overhang a smaller sub-structure – a contemporary art gallery and cultural centre.

residents from the south kensington area (known for its victorian and georgian townhouses), are fighting against the construction of the building, alleging that the council witheld images of the scheme (which has now been submitted for planning) from its website at the request of police’s diplomatic protection group, who were concerned  about security issues.

images of the proposed embassy are now on the council’s website, and a spokeswoman said residents could continue to comment until the application came before councillors. a decision is unlikely to be made before october at the earliest. 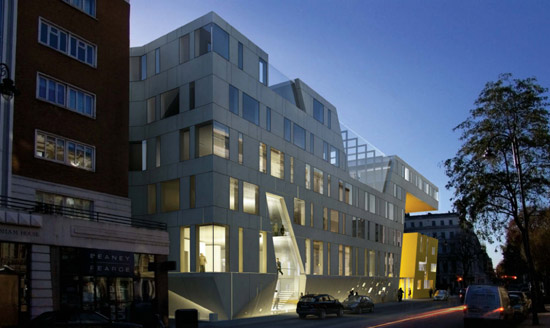 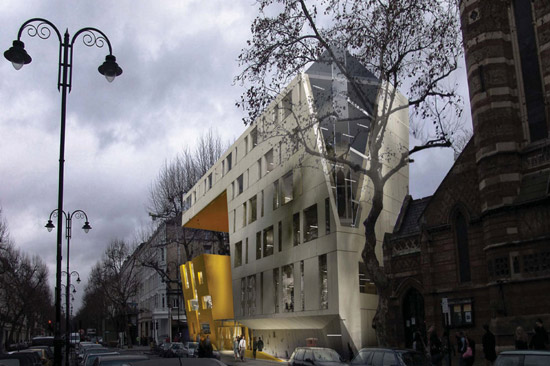 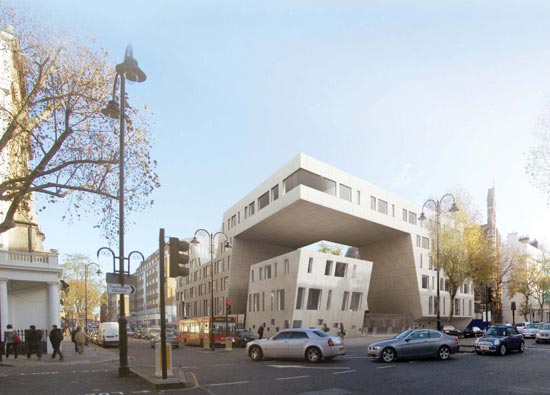 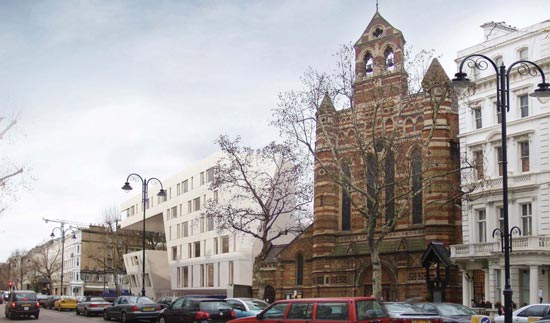 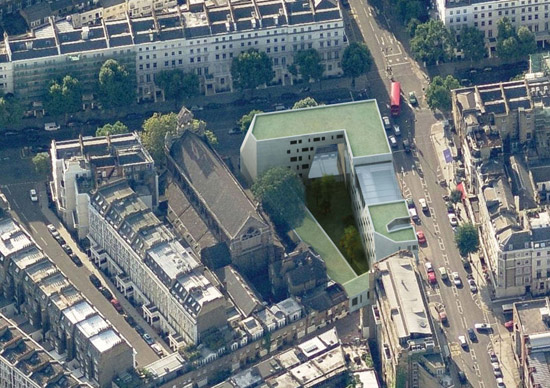 aerial view of the proposed building