‘beyond the wall’ by daniel libeskind on display at the universita degli studi, milan, italyimage © designboom

‘architecture is a language which is able to narrate the story of the human soul.’– daniel libeskind

‘beyond the wall’ by architect daniel libeskind explores architecture as more than aesthetics and technique, and rather as a source for creativity and knowledge that ‘lives and breathes, characterized by an interior and an exterior, with a body and a soul, like the human being.’ the installationcurrently on display is based on the idea of a radiating spiral rendered as a complex series of stacked angular geometries with different central axesthat push and pull in opposing directions. dubbed a ‘mathematical mosaic’, the structure exhibits the characteristics of an endless fractal — the bacteriostatic quartz surface silestone is etched with a continuation of geometries that represents the contemporary tile, or ‘fractile’, tesselatedbut never quite identically repeated. the unique surface treatment is developed by the consentino group, who produces high-quality surfaces for architectural and design purposes. the pattern is essential to the overall massing, breaking down the scale and proportion of the twisting planes as they rise to the zenith of the construction.

the installation is currently on display at milan design week 2013, presented within the courtyard of the università degli studi di milano as part of the INTERNI hybrid architecture and design exhibition which runs from april 8th – 21st, 2013. 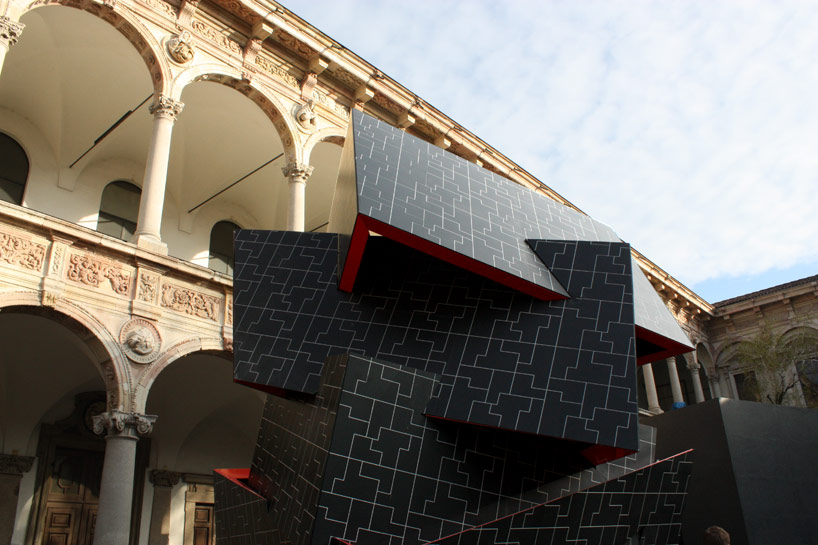 contrasted against the classical order of the university’s architectureimage © designboom 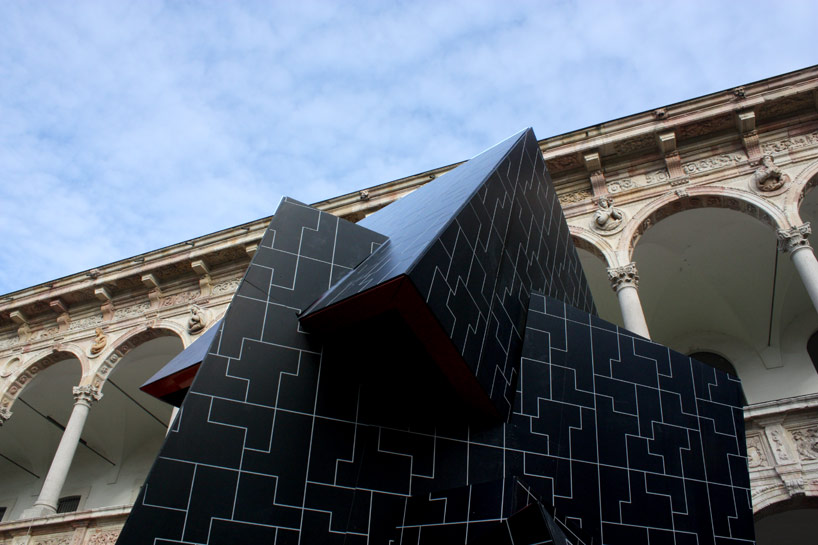 protruding geometries form a dynamic logic to the structureimage © designboom 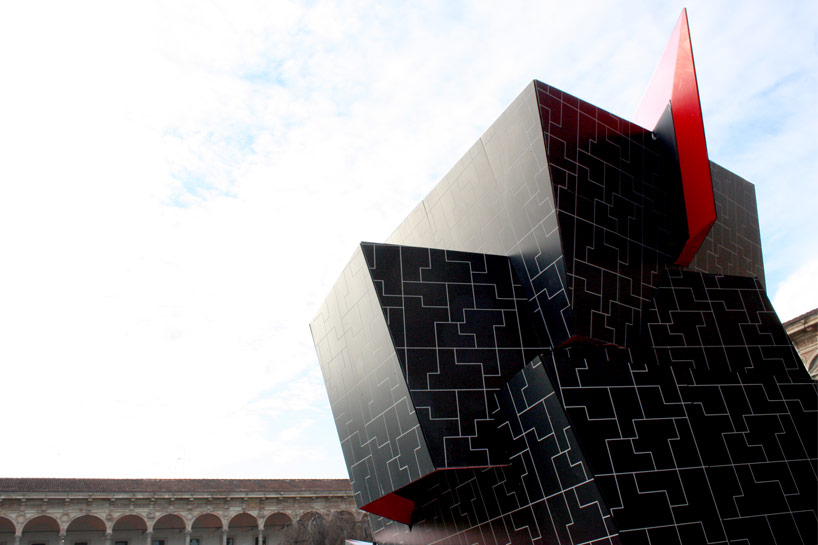 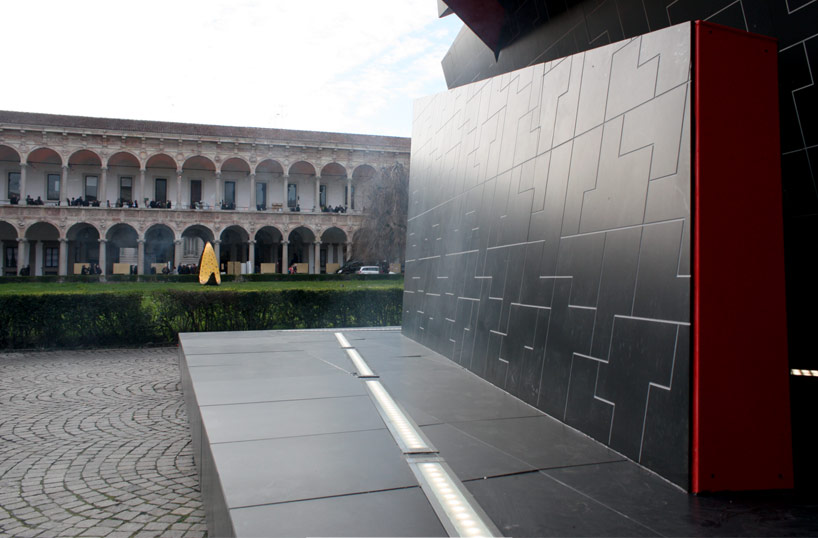 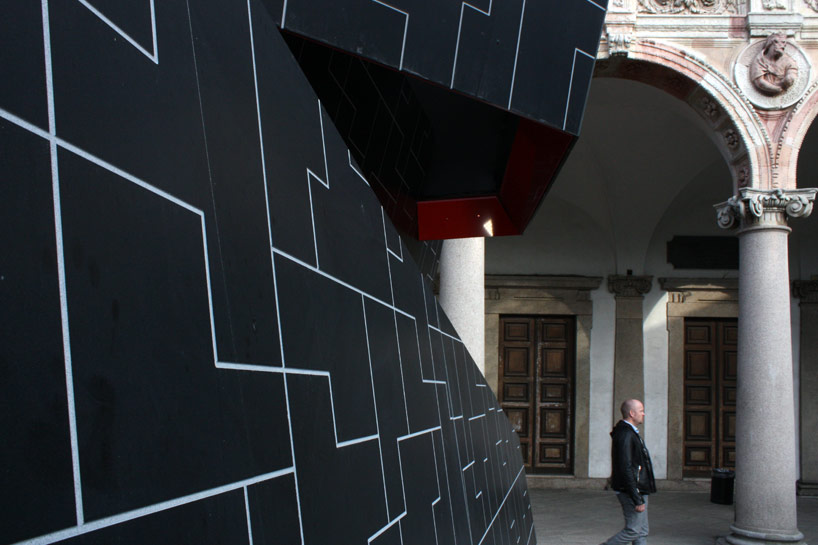 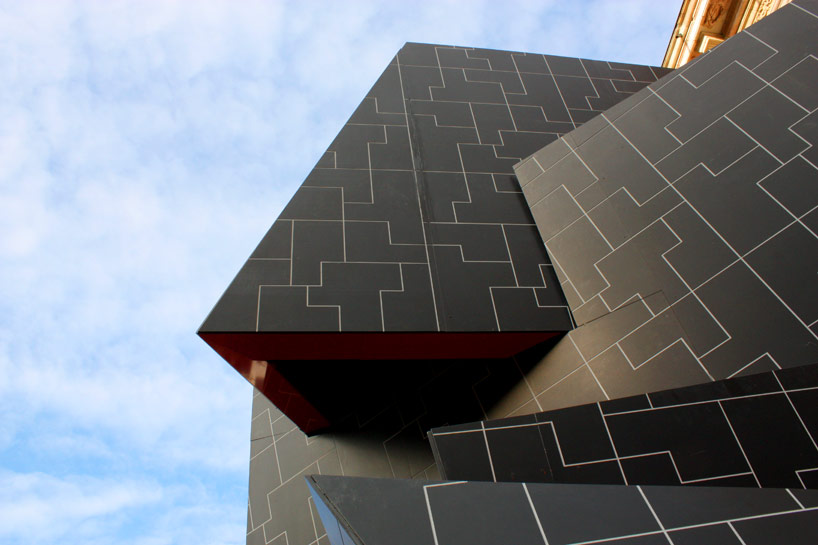 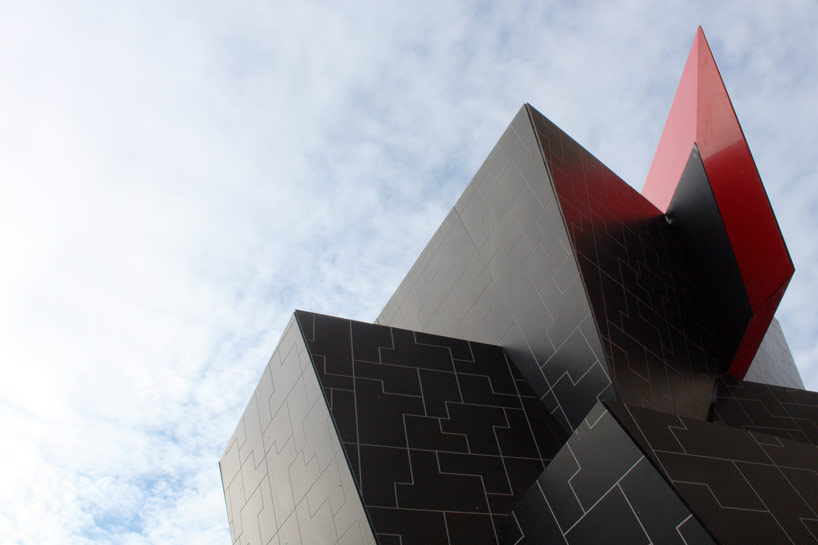 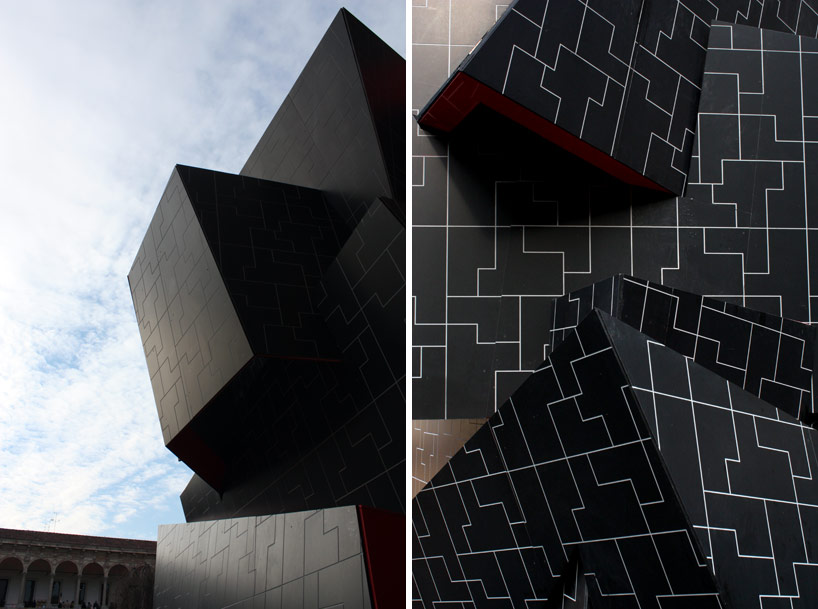 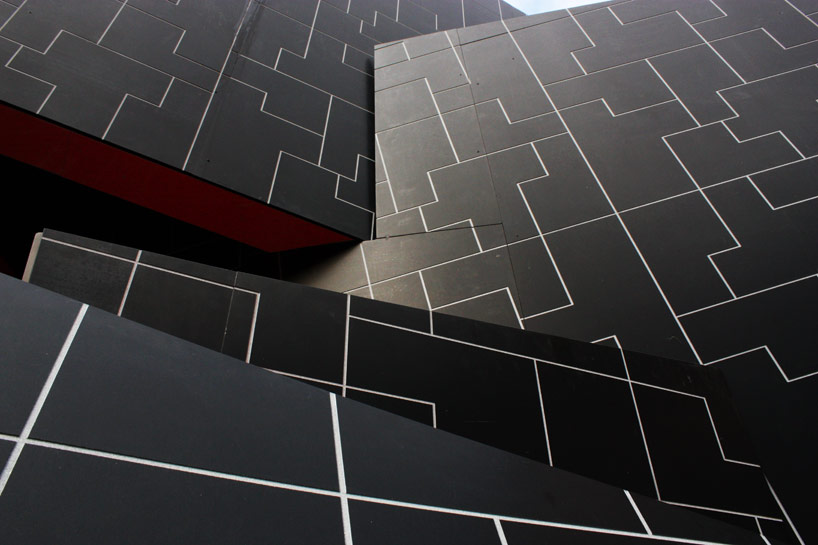 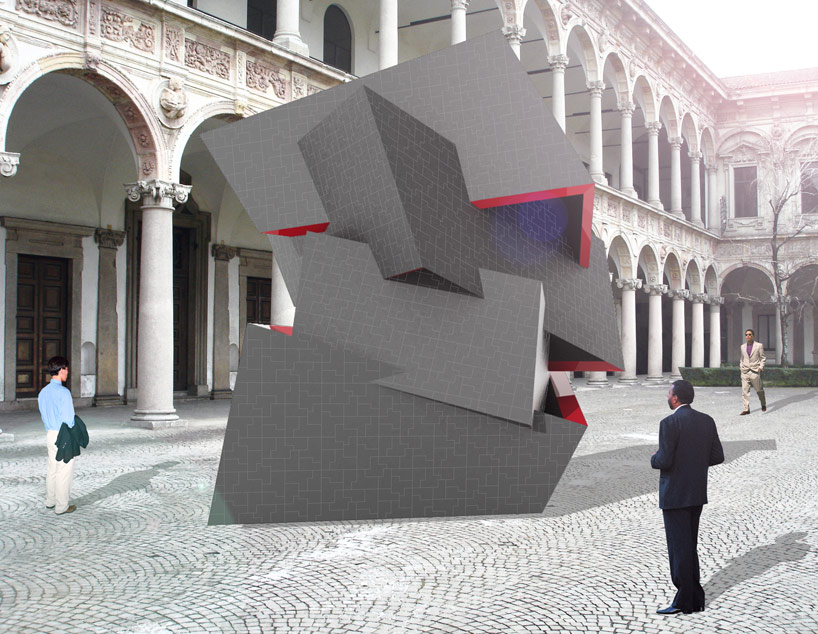 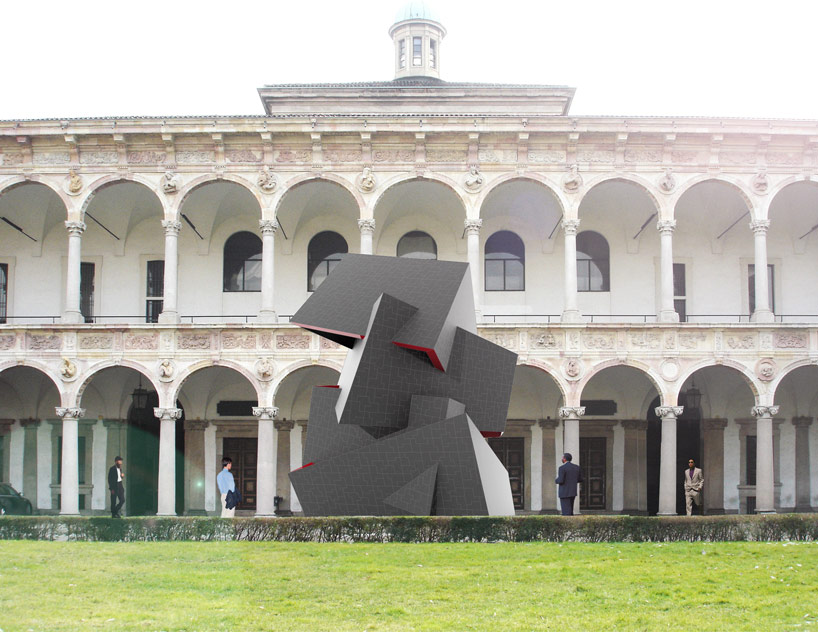 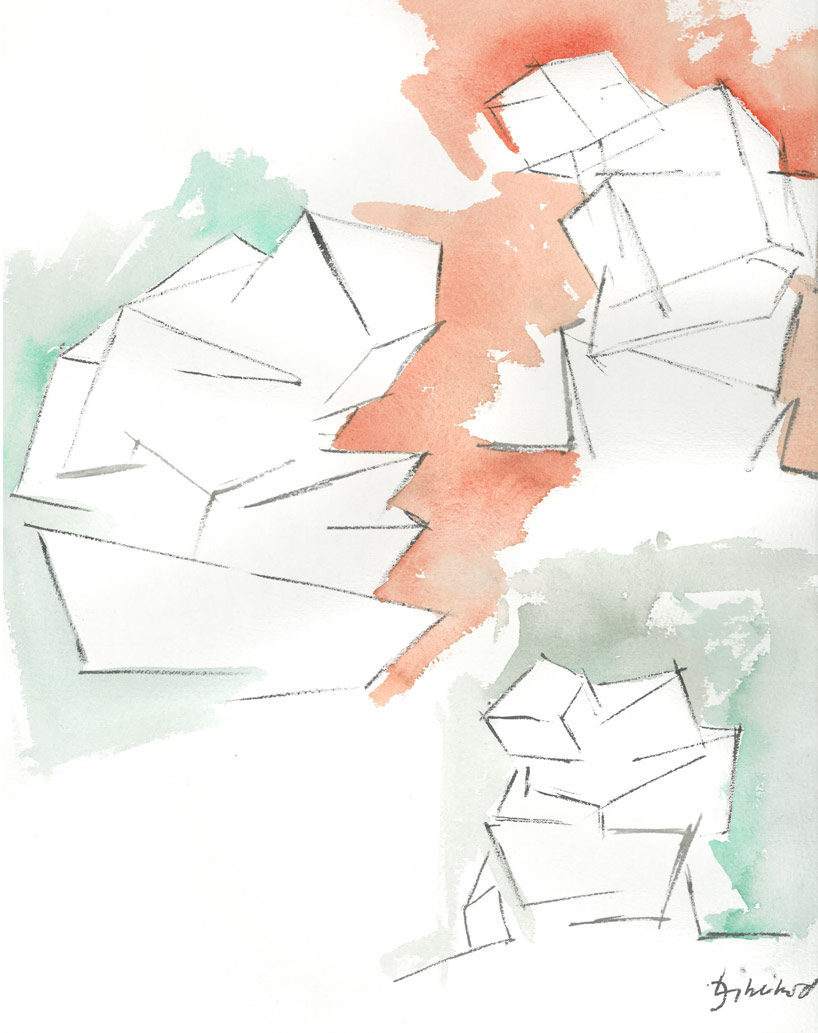 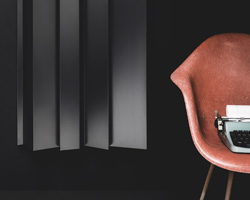 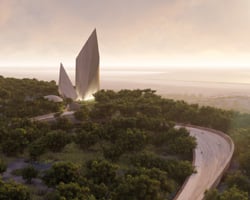 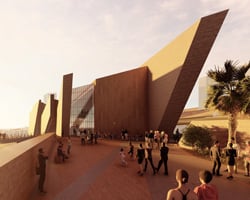 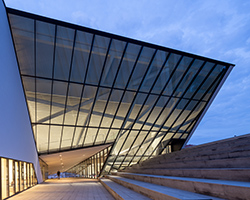 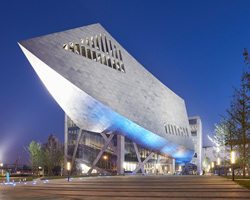 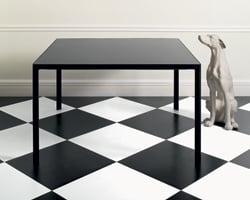 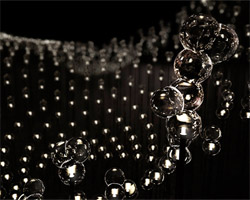 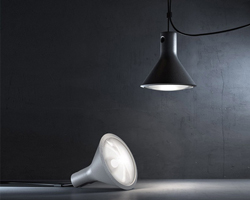 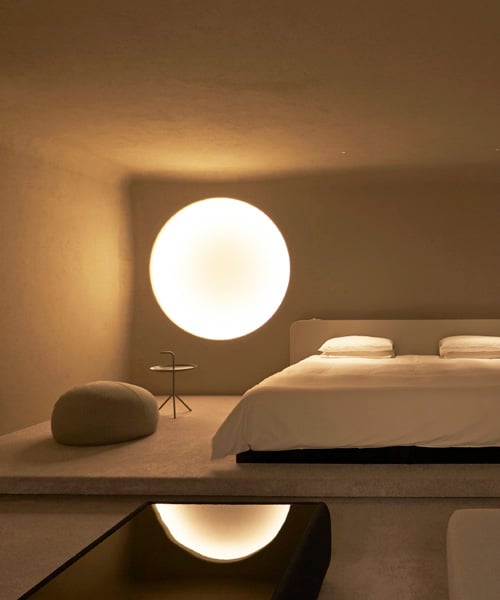 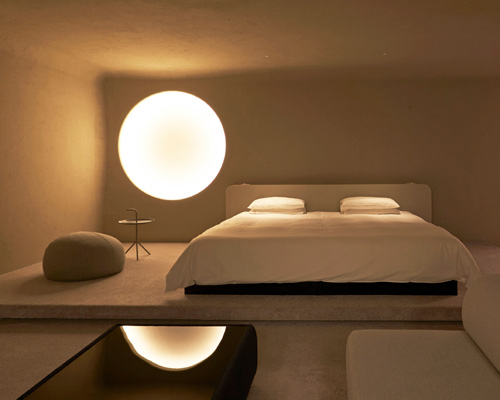 ×
keep up with our daily and weekly stories
507,196 subscribers

keep up with our daily and weekly stories
507,196 recipients