construction is underway in manila at the site of the daniel libeskind designed ‘century spire‘, a 60-storey mixed-use tower. located in century city, a district designated for premiere living accommodation, office space and commercial buildings, the tower forms part of a larger 3.4 hectare masterplan that will reshape the region’s skyline. developed by local real estate firm century properties, the high-rise is set to open in 2018. 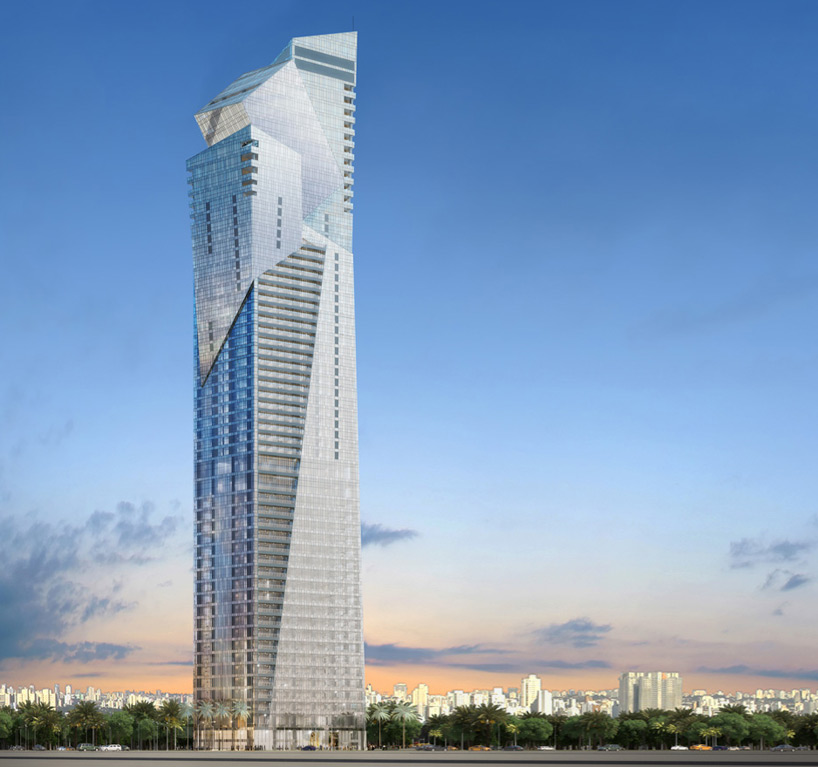 the tower forms part of a larger 3.4 hectare masterplan that will reshape the region’s skyline
image © studio AMD / courtesy of century spire and studio daniel libeskind

the glazed tower rises dramatically before dividing subtly into three segments that soar to different heights. a fourth volume sits atop the building, providing more floor space for the penthouse below which overlooks manila bay. the semi-reflective envelope comprises angular balconies and terraces that contribute towards the façade’s rhythmic geometric pattern. 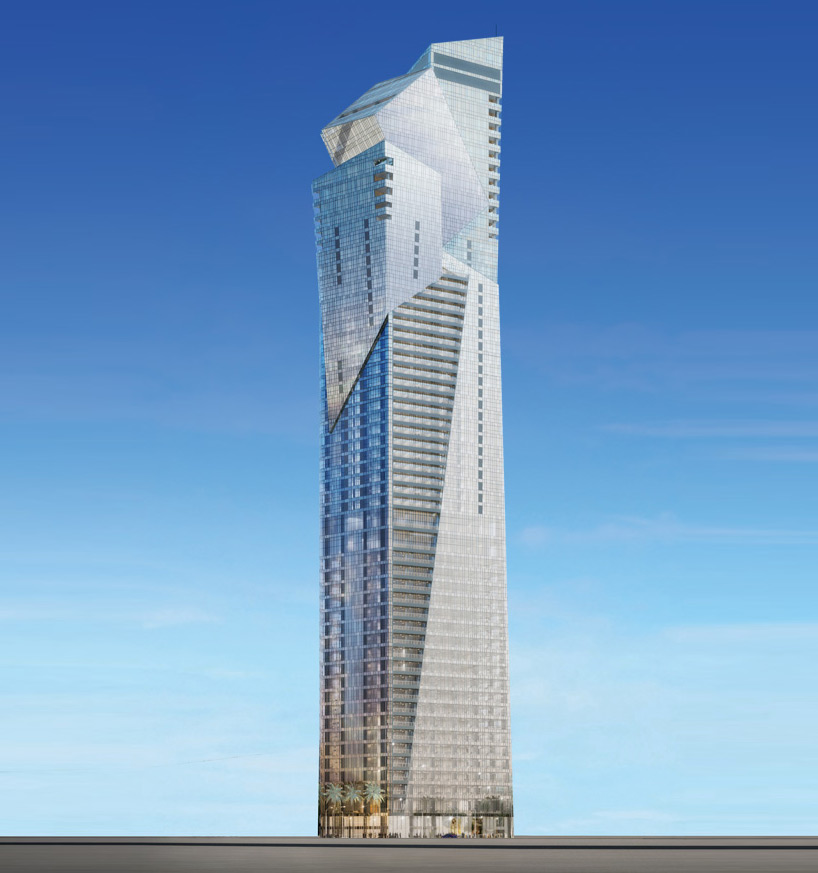 the lower third of the edifice is dedicated to offices, with residential accommodation above featuring penthouses, duplexes, suites and one, two and three bedroom apartments. each unit features floor-to-ceiling glazing with a unique floor plans that offer two floors of amenities for its residents. the tower’s slender form means that room is provided for a landscaped public plaza at the base of the design, while provision for parking is found below ground. 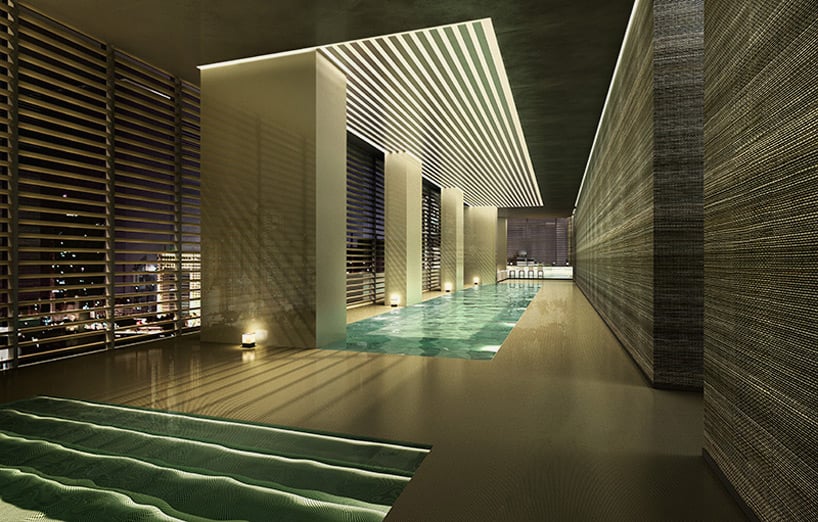 amenities, including the swimming pool, have been designed by the armani/casa interior design studio
image courtesy of century spire

‘daniel libeskind’s design brings another dimension to century city. he has given us something really iconic in century spire. this building will not only change the architectural landscape of makati, but will likewise elevate the philippines’ image as a world-class destination,’ explained jose e.b. antonio, chairman and CEO of century properties group, inc.

‘I am delighted to be part of a project destined to reshape manila’s skyline and to make a bold and optimistic statement about the future of the philippines,’ commented daniel libeskind. 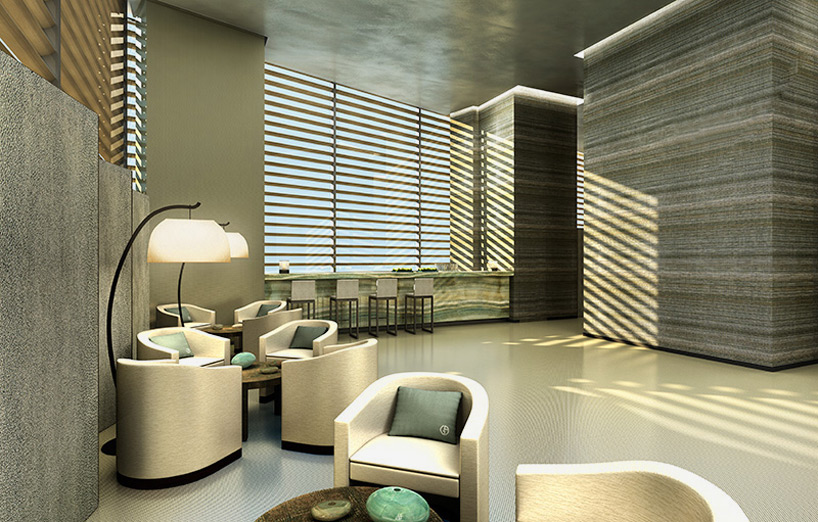 internally, common spaces and amenities have been developed by the armani/casa interior design studio, who also offer – on request – the deliverance of apartments or bespoke furnishings. commenting on the project, giorgio armani, president and chief executive officer of the armani group, said: ‘I am very happy with this collaboration, and i think that the combination of my vision with that of daniel libeskind will lead to the creation of a truly special place, characterized by elegance and a unique charm.’ 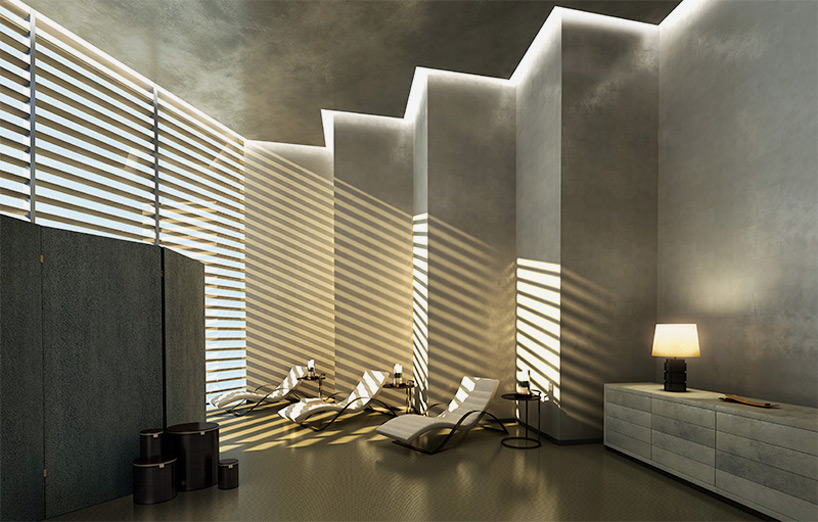 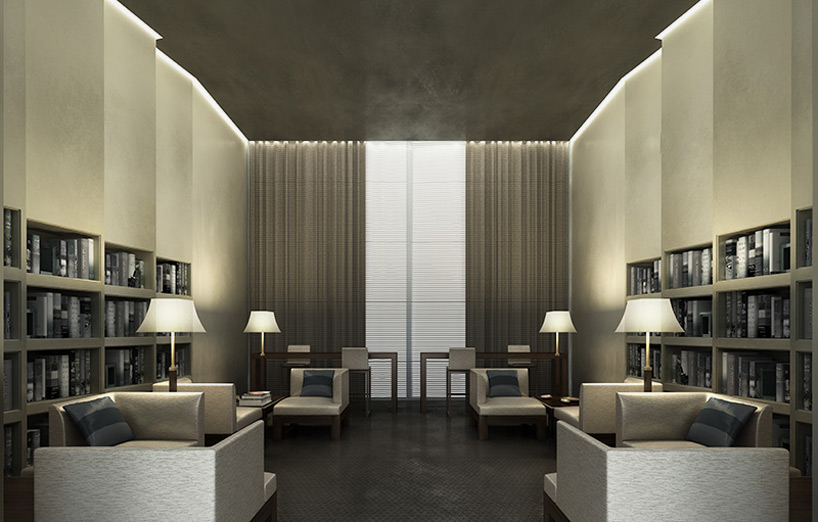 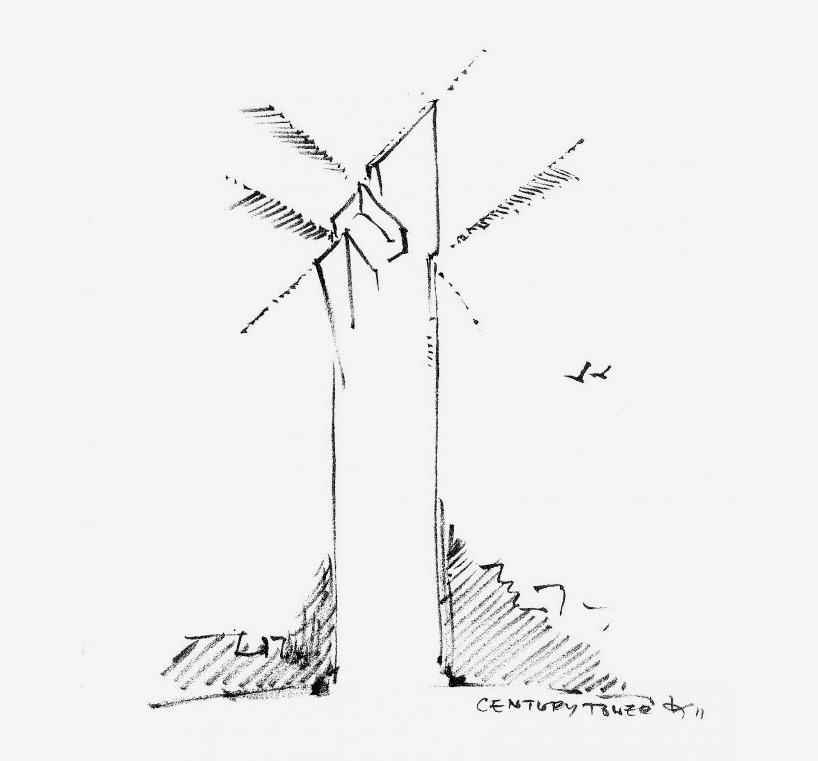