architect daniel libeskind has revealed his concept for the jewish museum berlin (JMB) academy. this comes almost a decade after the completion of the original museum building, which libeskind is also designed.

the plan is to build an academy on the sit of the former berlin flower market (blumengrossmarkt) by using the existing hall in place. located across from the museum, the academy will house a library, archives, educational and public programs, as well as provide additional office, storage and support spaces for the museum. as part of this project, libeskind has designed a new entrance while maintaining the existing hall structure, thereby establishing a cultural use for the space with the option of future expansion. 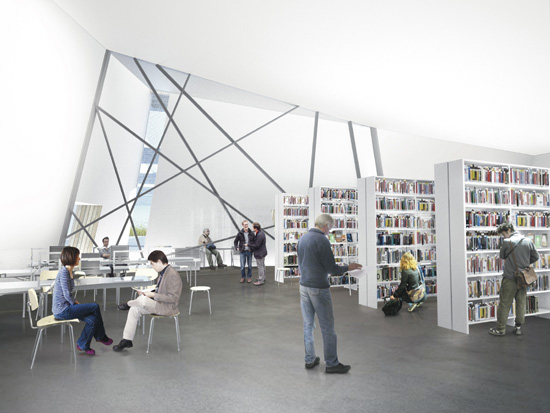 there will be skylights in the form of the hebrew letters ‘alef’ and ‘bet’ which refer to learning and to the functions of education, library and archive. the walls will be clad with titan zinc plate panels. in the entrance cube, a cut will open the space in which visitors will be able to the enter the academy and the hall. within, there are two more cubes lilted towards each other each containing the lecture hall and library respectively. they will be clad in rough timber boards, as a means of reminding one of the transportation boxes of the ark. between the three cubes, perspectives emerge offering various views into the hall space and its roof lights, as well as onto the new piazza in front of the building. these spaces will form the interface between the public functions of the academy and at the same time their visual connection to the already existing buildings. other rooms are to be located in functional one-storey structures along the exterior wall and in the basement. unoccupied areas of the hall will be used as an interior garden. 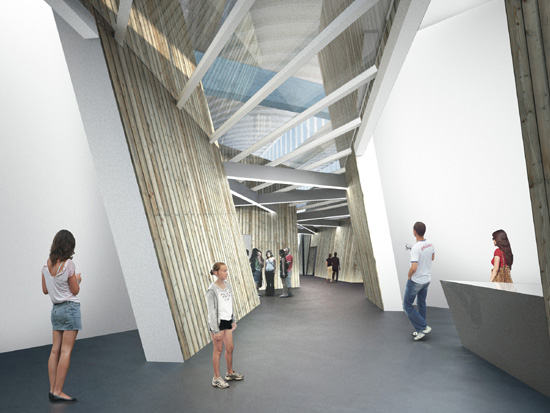 ‘I am thrilled to be making another contribution to the jewish museum berlin. the academy’s program will continue and enliven the JMB’s tradition of education and historical understanding and will further outreach to the community.’ – daniel libeskind 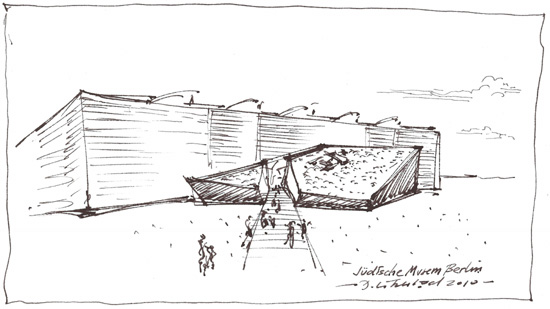 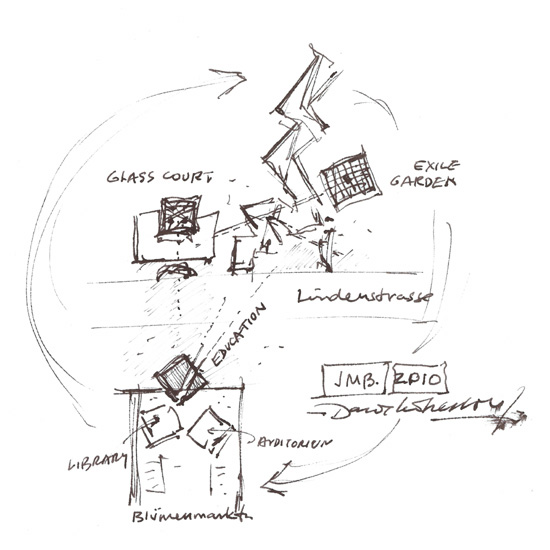 libeskind is also responsible for the museum’s glass courtyard (completed in 2007) which is an extension of the original building.