the new six-story development ‘kö-bogen’ by studio daniel libeskind is currently under construction and set to be completed this year. a combined destination for shopping, walking and working, the 432,300 square-foot office and retail center is located in düsseldorf – on the edge between an urban area and surrounding park landscape. a large green roof and pedestrian walkway connect the site with shadowplatz and the centrally located park, hofgarten. the project aims to blend natural and built elements, permeated cuts in the exterior form become inhabited with green spaces. the facade features contrasting geometric shapes as flowing curves are juxtaposed by sharp angular edges. the mixed-use center is built over two city blocks and is connected by an overhead two-story bridge with roof terraces. open courtyards between the two blocks further merge the building with the landscape and also provide generous daylight to the interior spaces. 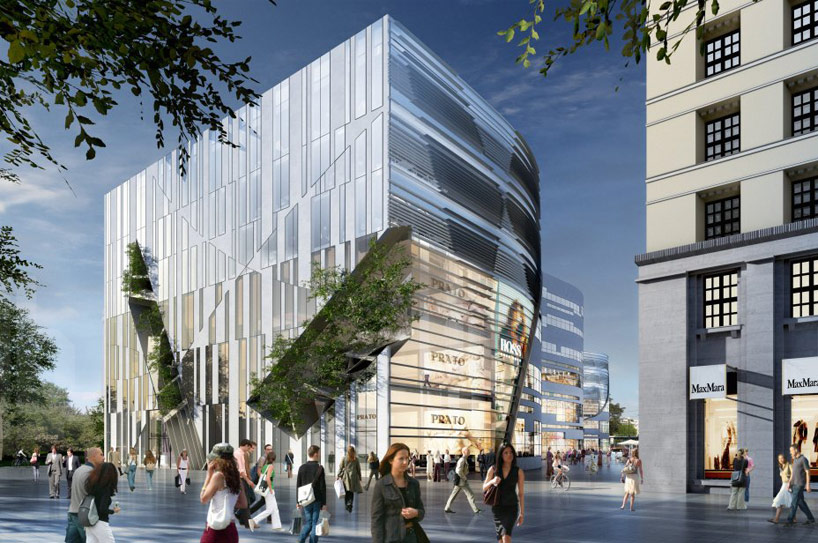 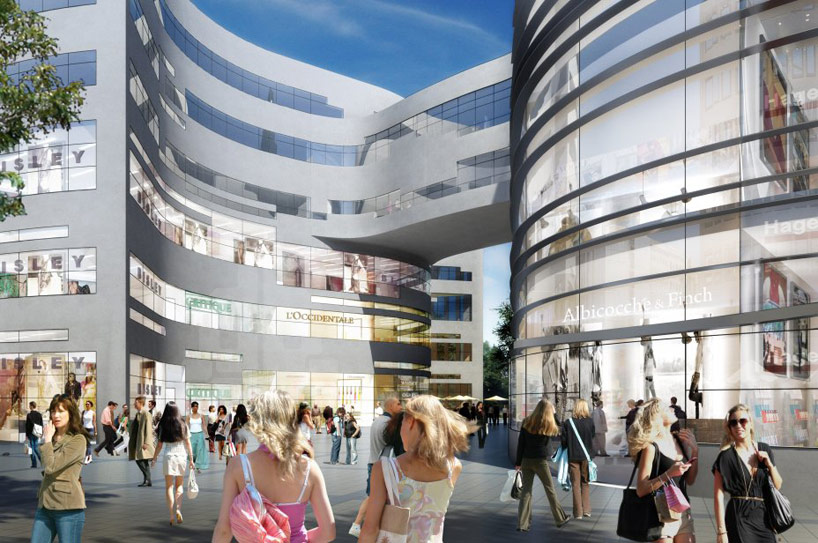 the new development is built over two city blocks, connected by an overhead two-story bridge with roof terraces
image © archimation 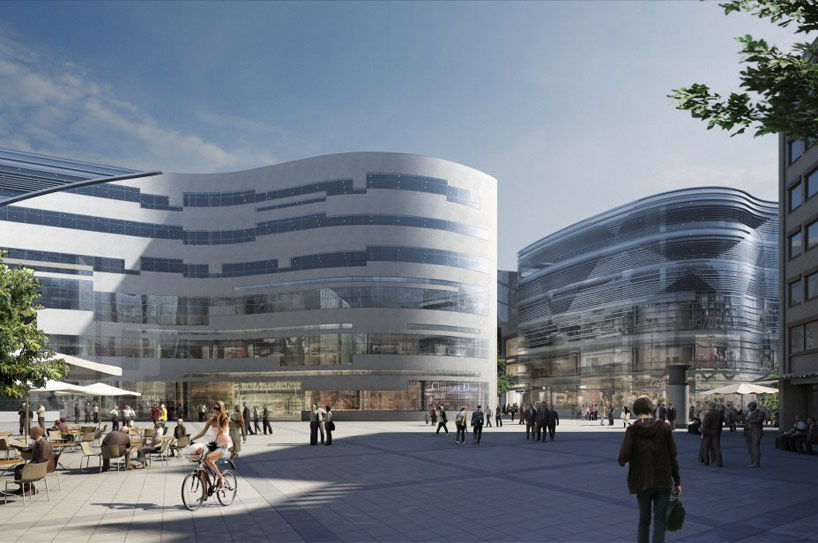 the six-story development is a combined destination for shopping, walking and working
image © archimation 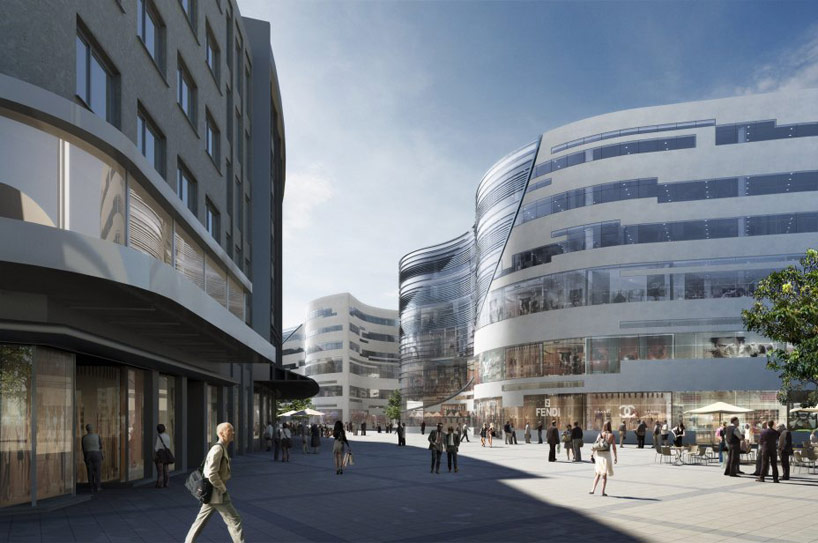 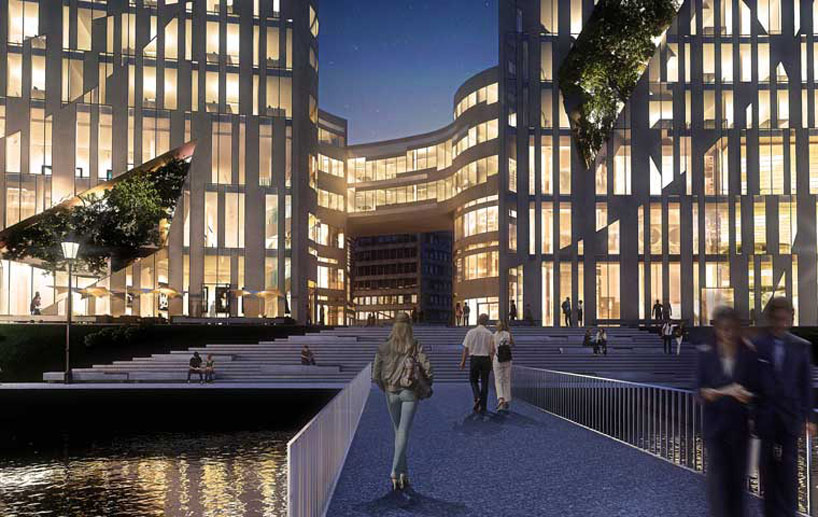 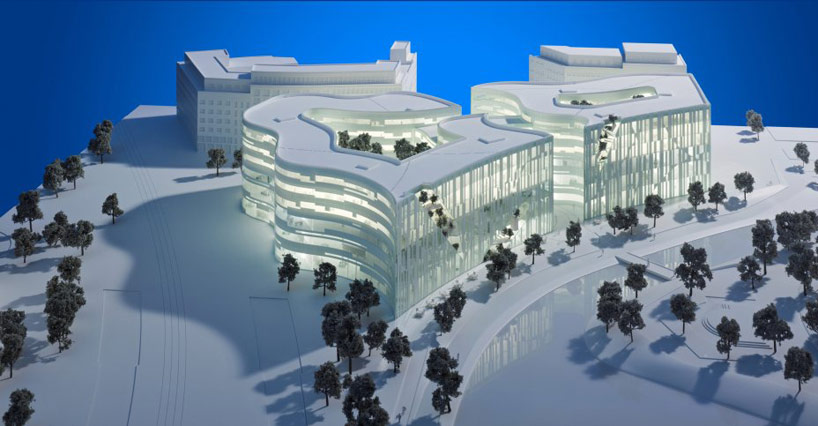 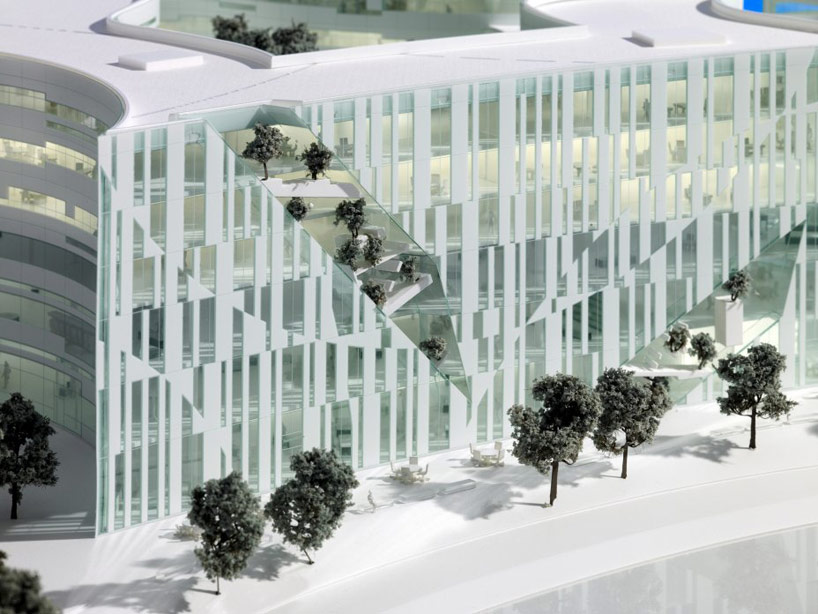 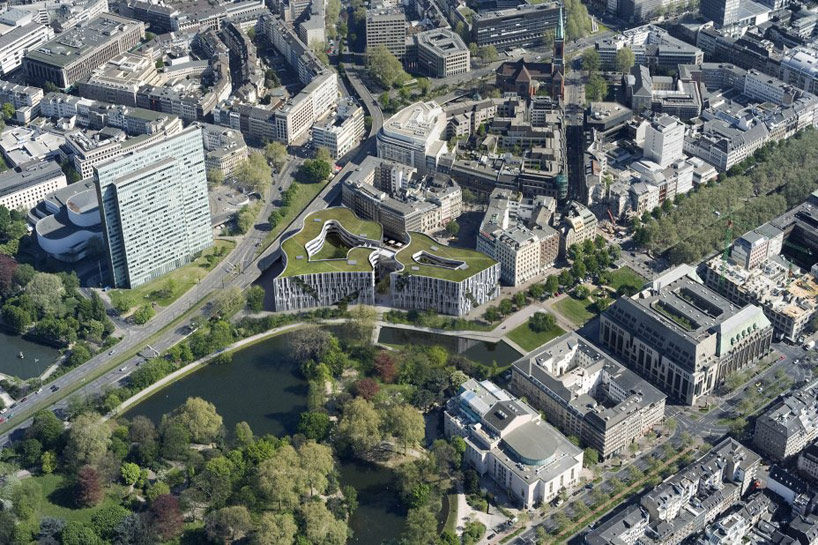 rendering showing an overview of the site
image © archimation 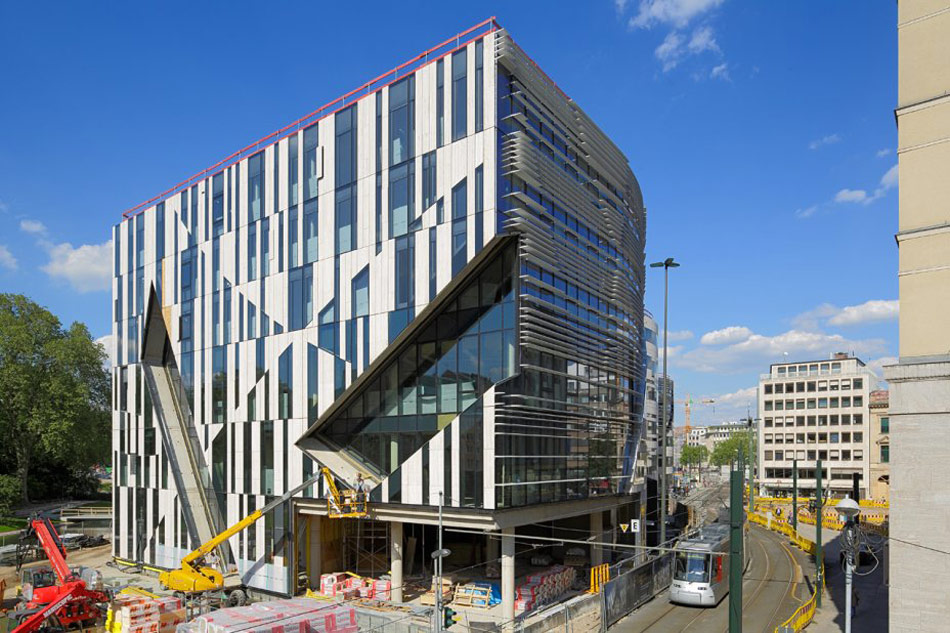 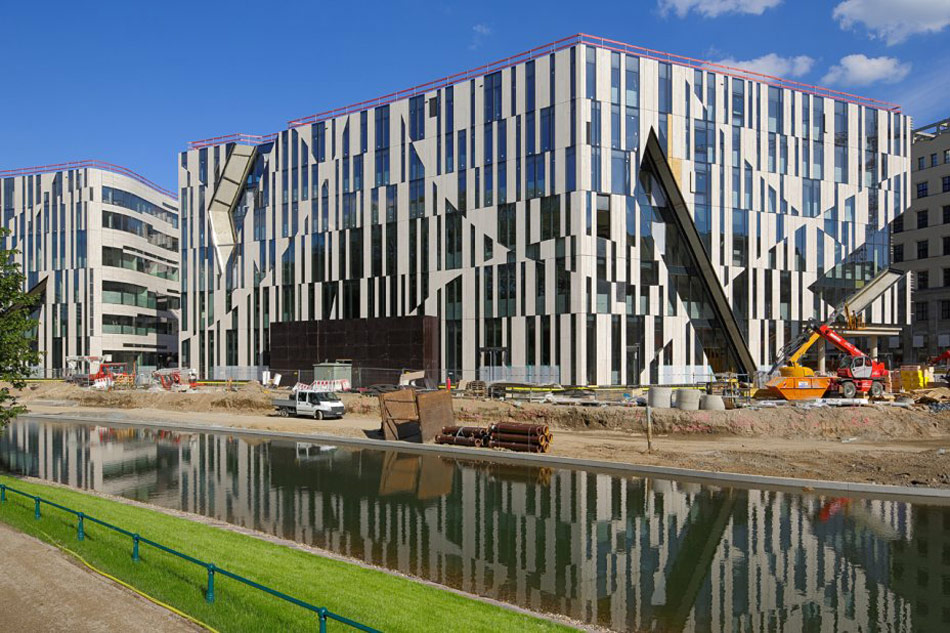 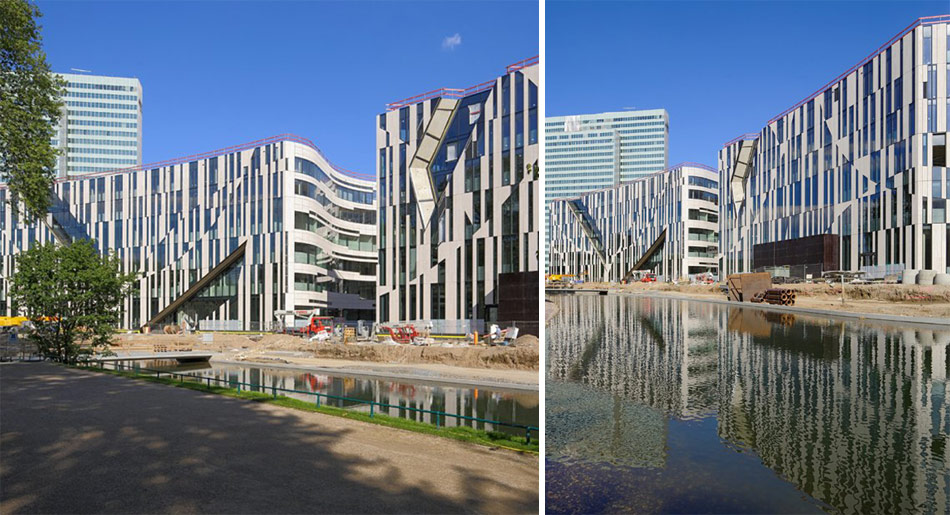 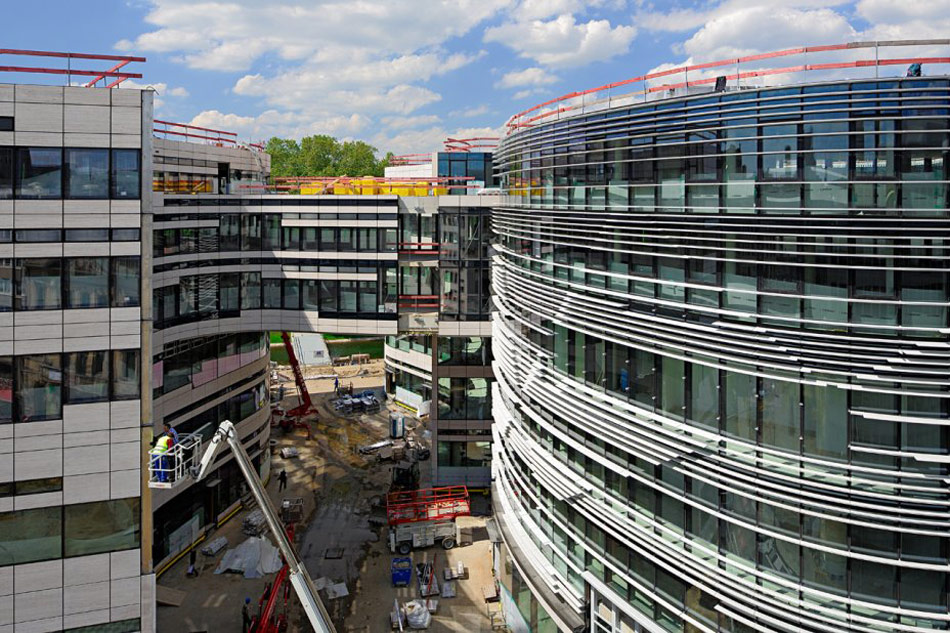 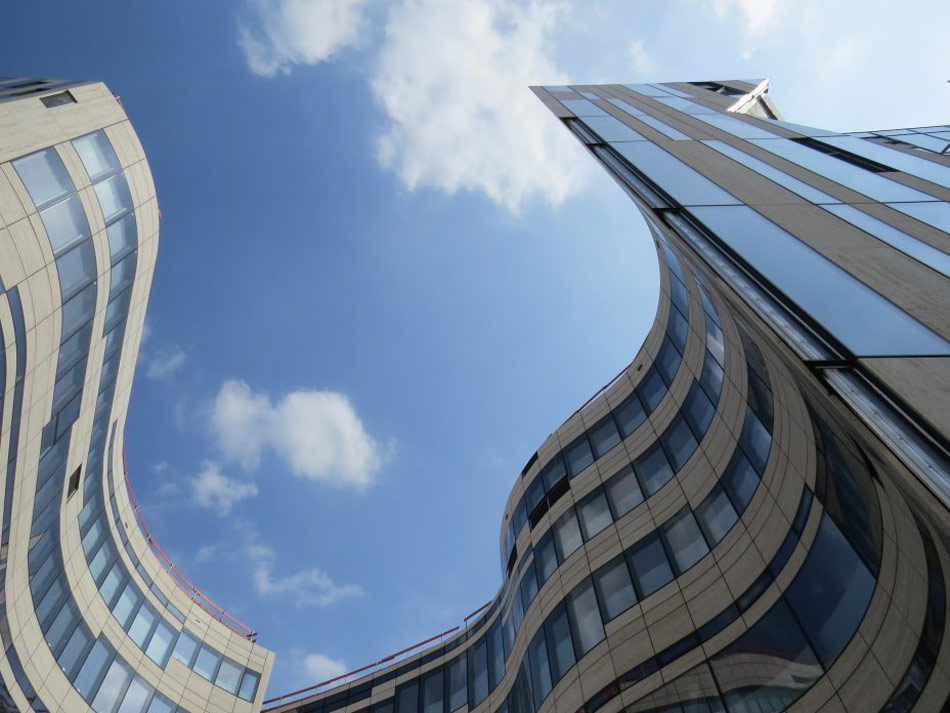 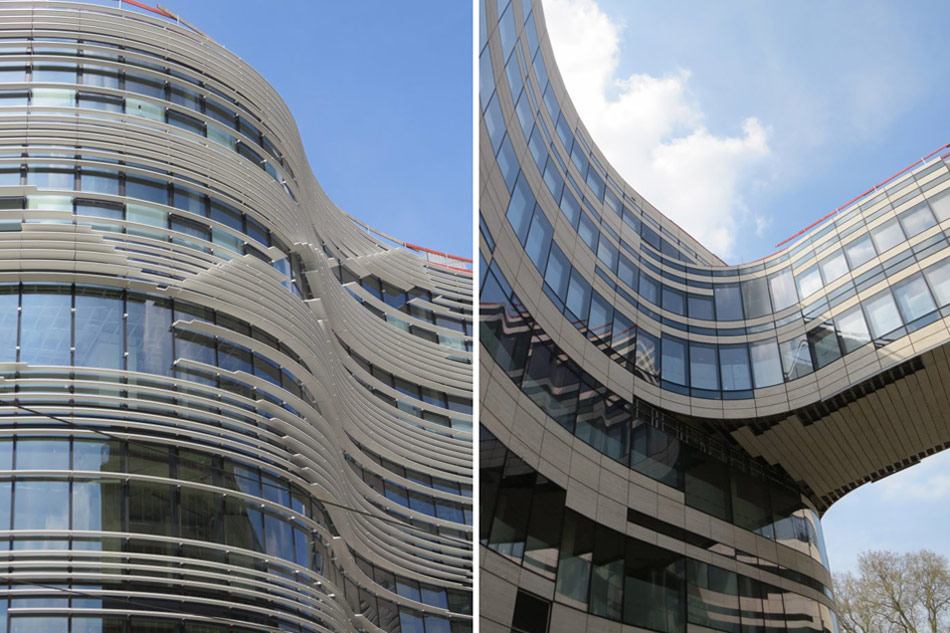 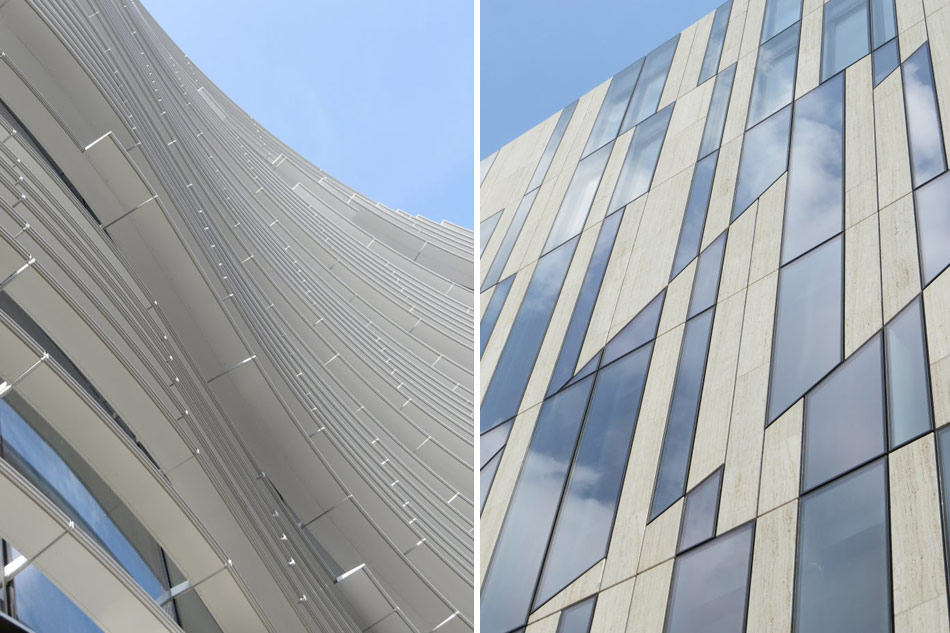