daniel libeskind worked as a design consultant to adamson associates to design the retail and public space complex on the main las vegas strip as part of the MGM mirage’s citycenter construction project. citycenter, a vertical city in the heart of the las vegas strip between the bellagio and monte carlo resorts, combines 2,700 private residences, two 400-room non-gaming boutique hotels, a dramatic 60-story, 4,000-room resort casino, and approximately 500,000 sq.ft. of retail and entertainment facilities into a single urban core. the project which was completed in late 2009 include collaborations between MGM mirage and eight of the world’s foremost architects.

housed within crystalline, metal-clad shapes, high end retail shops line las vegas blvd and the avenue. a dramatic entryway into the retail area from the strip draws pedestrians into the public arcade, covered by an expressive, spiraling roof structure. in addition to providing access to retail shops, the public spaces allow for a variety of urban experiences: a water feature at the entry, cafes and a grand staircase leading to casino square at the end of the arcade, animating the whole space. in addition to the main entry off las vegas blvd, there are two entries off the avenue as well as access to the facility on the second level through pedestrian bridges over harmon avenue to the lifestyle hotel and over the avenue from the mandarin oriental hotel. in addition to the casino, hotels and residential buildings, the public retail complex is intended to add a vibrant program to the mixed-use development on block c. 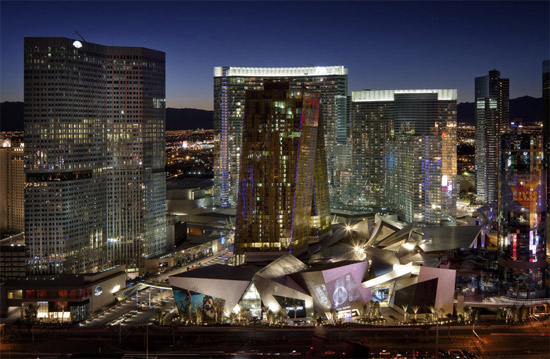 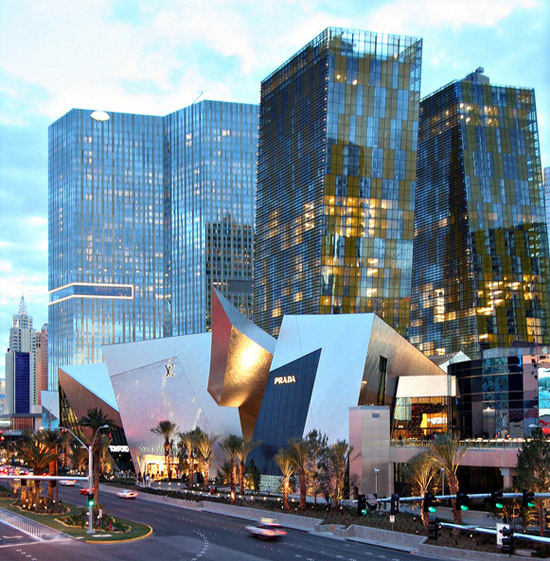 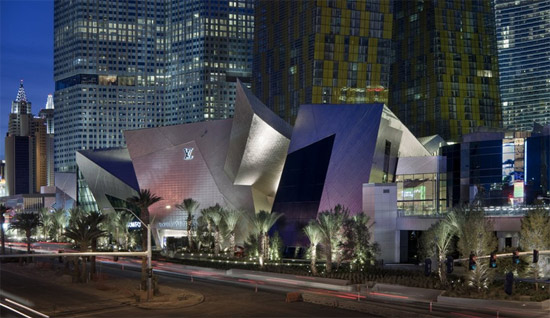 view along the boulevard 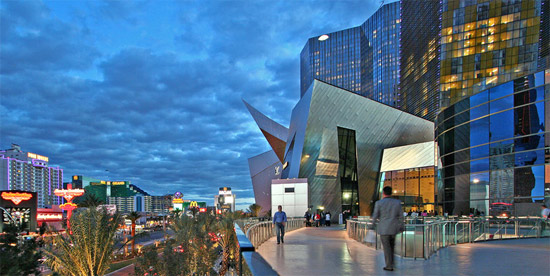 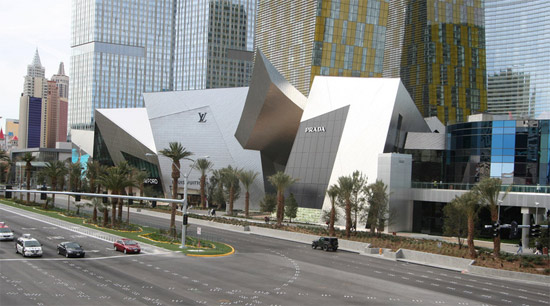 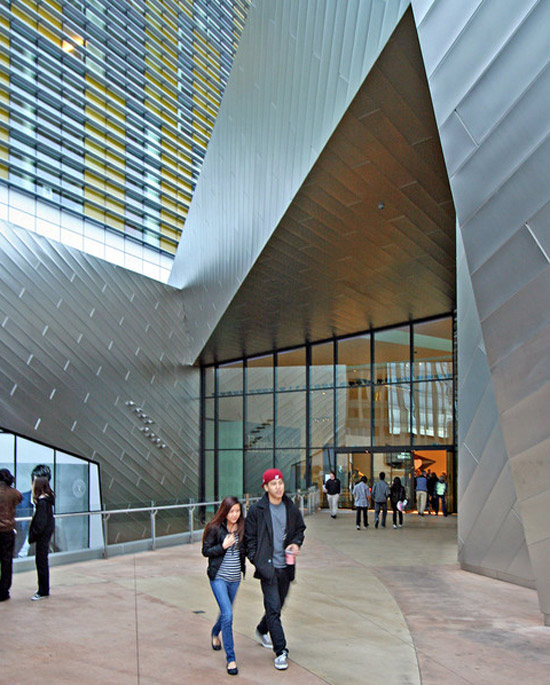 one of the many entrances 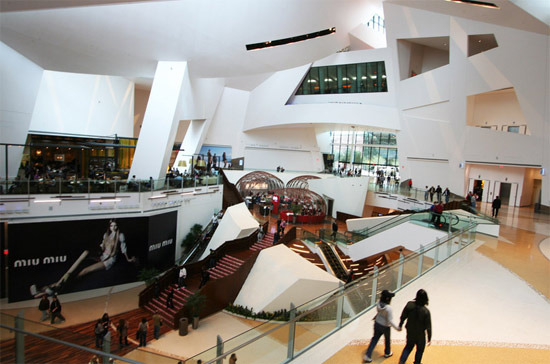 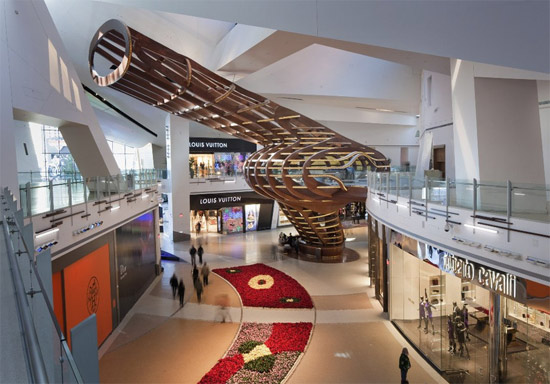 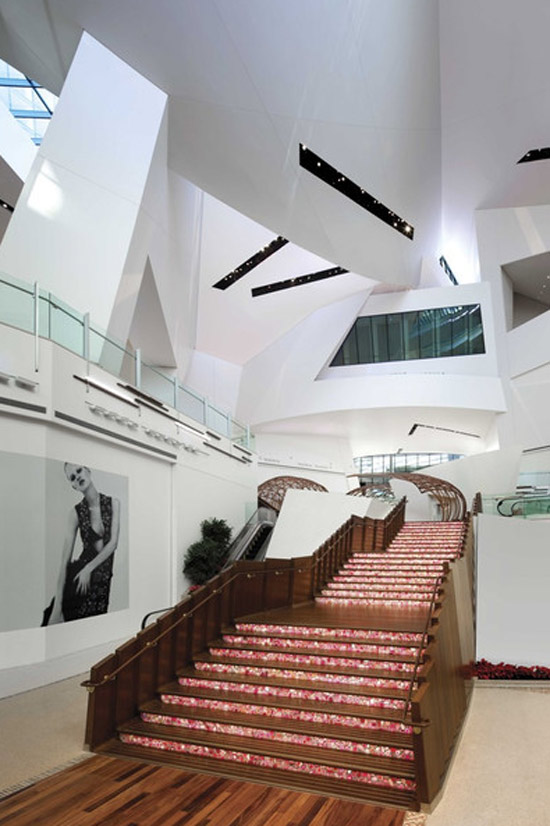 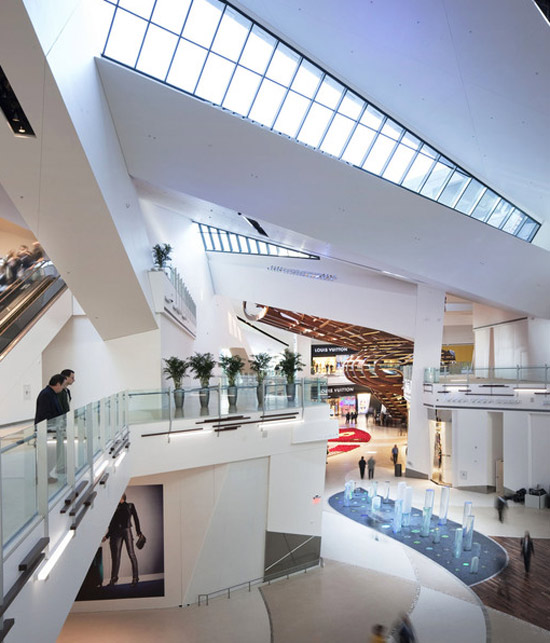 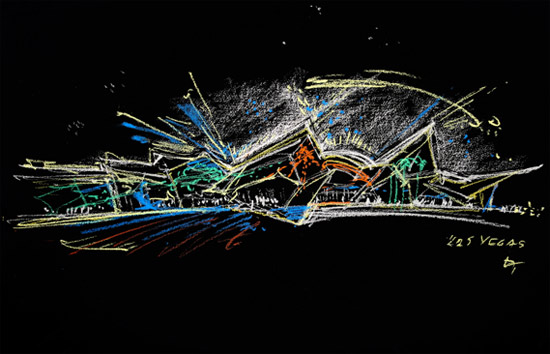