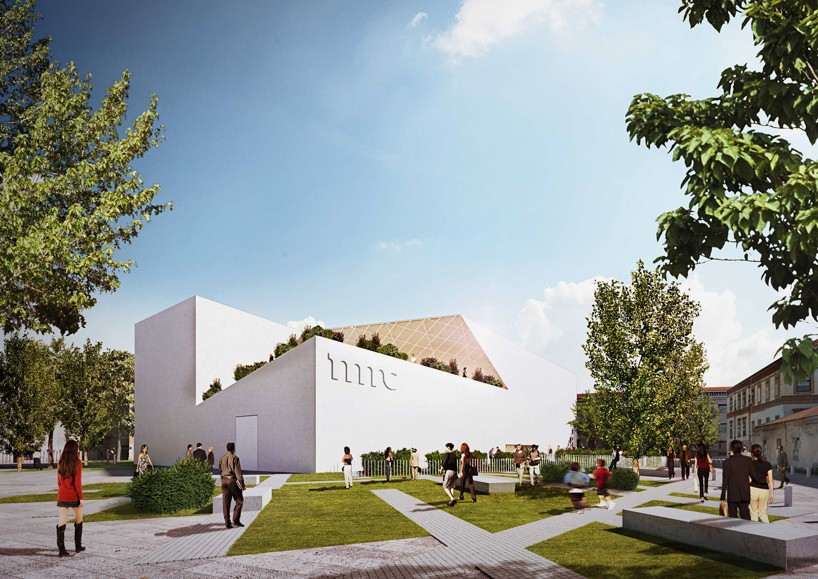 the daniel libeskind-designed MO modern art museum in vilnius, lithuania has topped out ahead of its opening later in 2018. surrounded by a new public plaza located steps away from the medieval town, the 3,100 square meter museum has been conceived as an expression of the city, both past and present. the museum will be dedicated to the exploration of works created from 1960 to the present day, exclusively by lithuanian artists. the project was announced in 2015 by viktoras butkus and danguole butkiene, co-founders of the non-profit institution, and remigijus simasius, the mayor of vilnius. 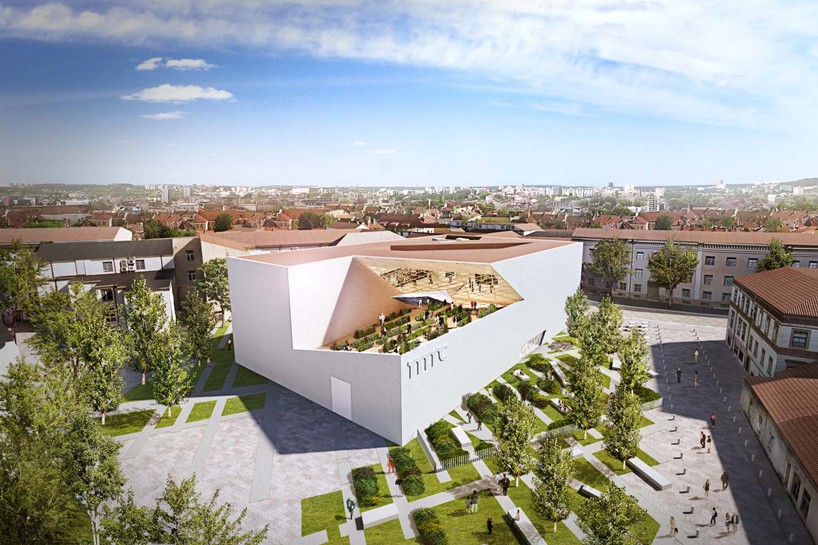 ‘the modern art center not only creates a home for this extraordinary collection, but the design connects the galleries to the street and the urban fabric — giving the citizens of vilnius a new cultural center infused with public space,’ explains architect daniel libeskind. the building is imagined as a cultural gateway, connecting the 18th century grid to the medieval walled town. the concept references the historic gates of the city and references vernacular architecture through both form and materials. 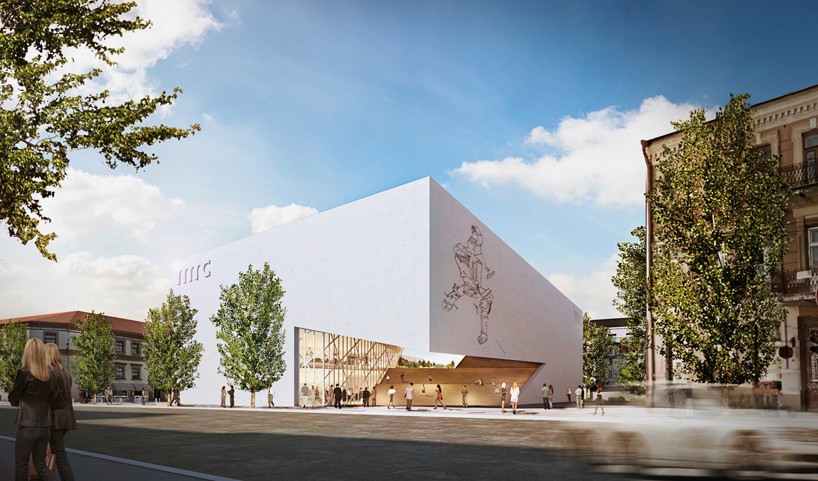 two volumetric forms intertwine to create a structure that flows between inside and out. the rectilinear external façade is clad in luminous, crisp white concrete that sources local materials used in the city. the interior courtyard cuts through the entire form and features a dramatic staircase that leads to a public planted-roof and sculpture garden that connects directly to the plaza at street-level. 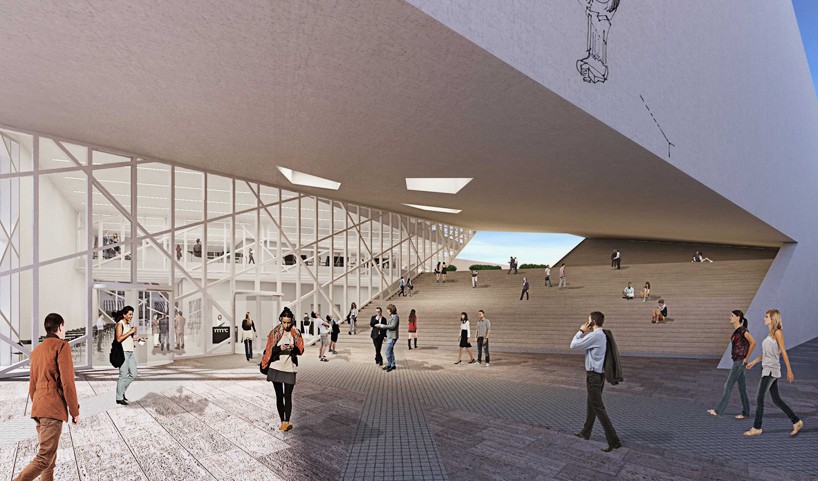 the extraction of the geometric volume at the core of the structure allowed the architects to open-up the entire building, creating floor-to-ceiling glazing that floods the interior galleries with natural light. the southern facing exposures are regulated by a five-meter cantilever that provides natural shade during warmer summer months. 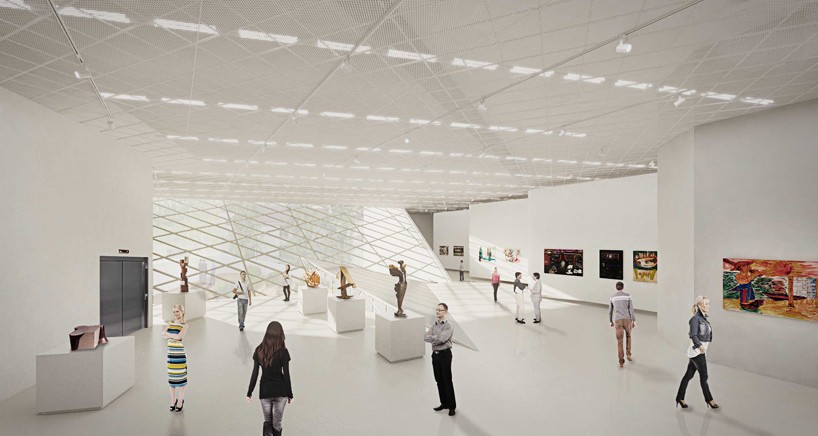 as visitors approach from the north, they enter though a 10 meter-tall glazed entrance into a double-height, sunlight filled lobby. the galleries are connected by means of an open floor plan that includes 1,000 square meters of exhibition space dedicated to both permanent and temporary exhibitions. 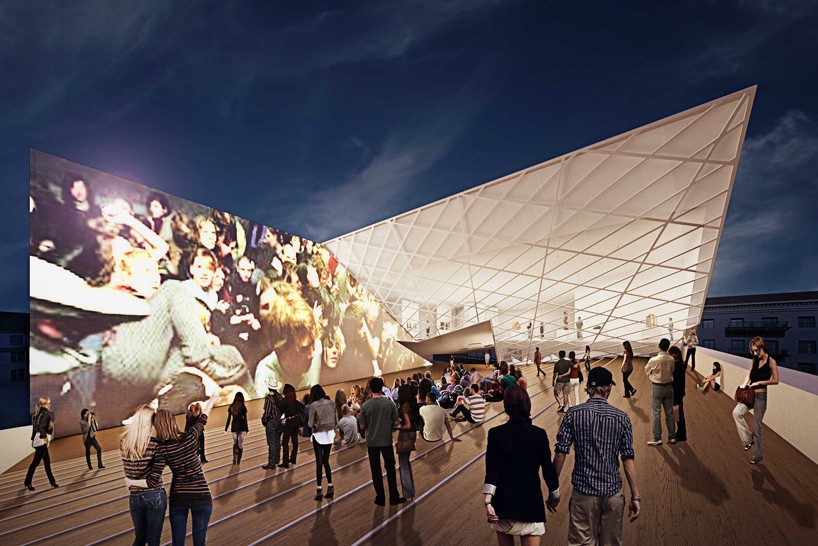 construction is set to begin in 2017, with completion slated for early 2019
image © studio libeskind

‘we wanted to create a museum for the people of lithuania, and also give this collection a home and an international audience. this collection is about the cultural legacy of the country,’ said founder of the museum, viktoras butkus. ‘libeskind’s work is expressive, innovative, and, most importantly, has the power to tell the story of the past while connecting to the future of the city.’ 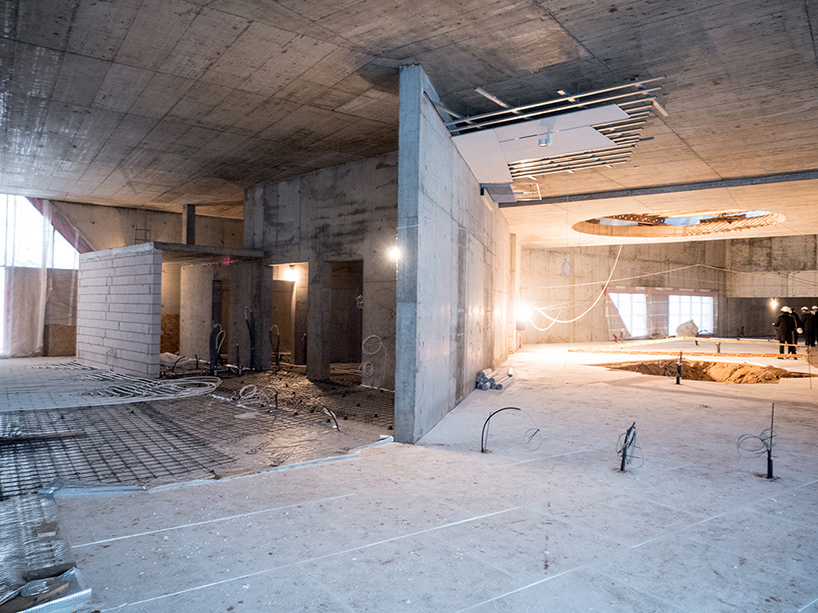 the MO modern art museum will also include a café, a bookstore, various educational areas, an auditorium, as well as storage and administrative space. construction began in 2017, with completion slated for fall 2018. 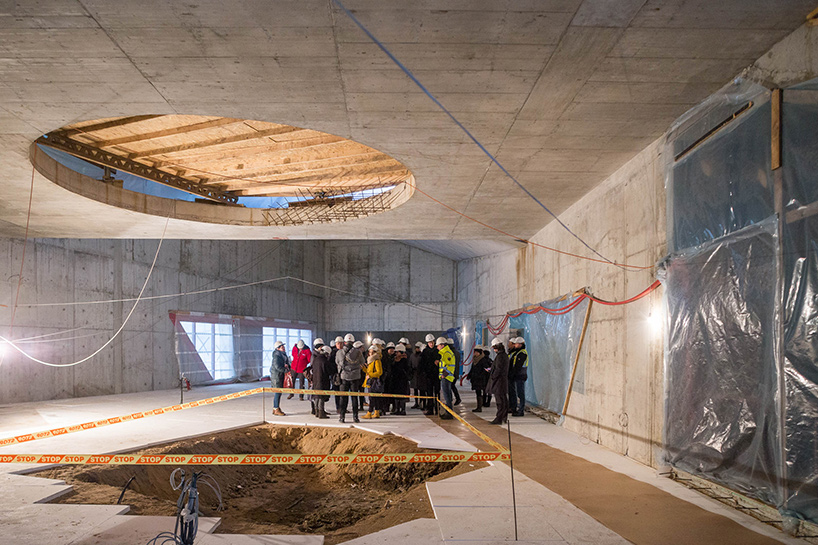