studio libeskind has proposed an urban scale development for the city of tampere, finland. the expansive site would include a total of approximately 60,000 sqm of mixed-use program area and an arena. the two programs reinforced by their contrasting designs, scale and organization on the site. 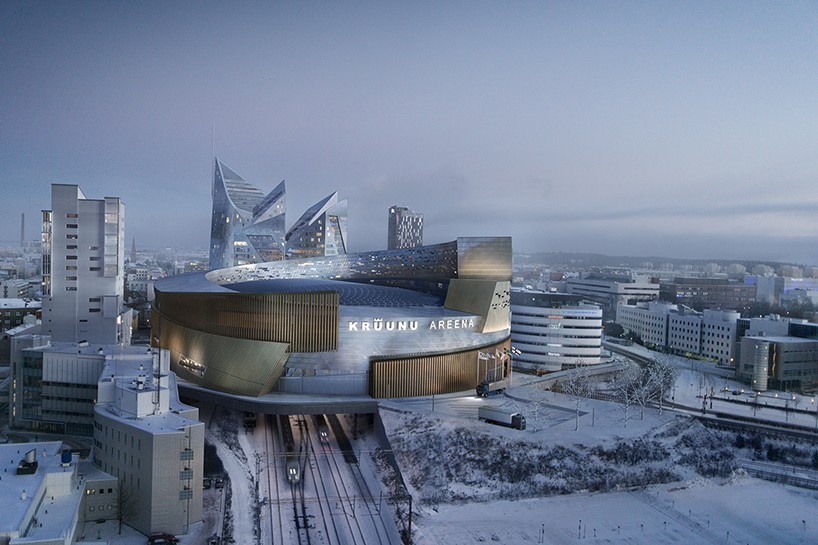 the ‘tampere central deck and arena ’ –still in its design process status– is planned to sit on top of existing railway tracks. studio libeskind has proposed a circular-formed ice hockey arena clad in a dynamic contrast of materials which will inherently host events; its pivotal function to serve as a hub for diverse urban activities. this sporting venue will only occupy one fifth of the overall site and be integrated with a practice field, wellness center and also a variety of retail and commercial outlets. on the other hand, the neighboring buildings soar as geometric shard-like towers and will feature four office blocks topped by residential towers and a hotel with residential condominiums on top. 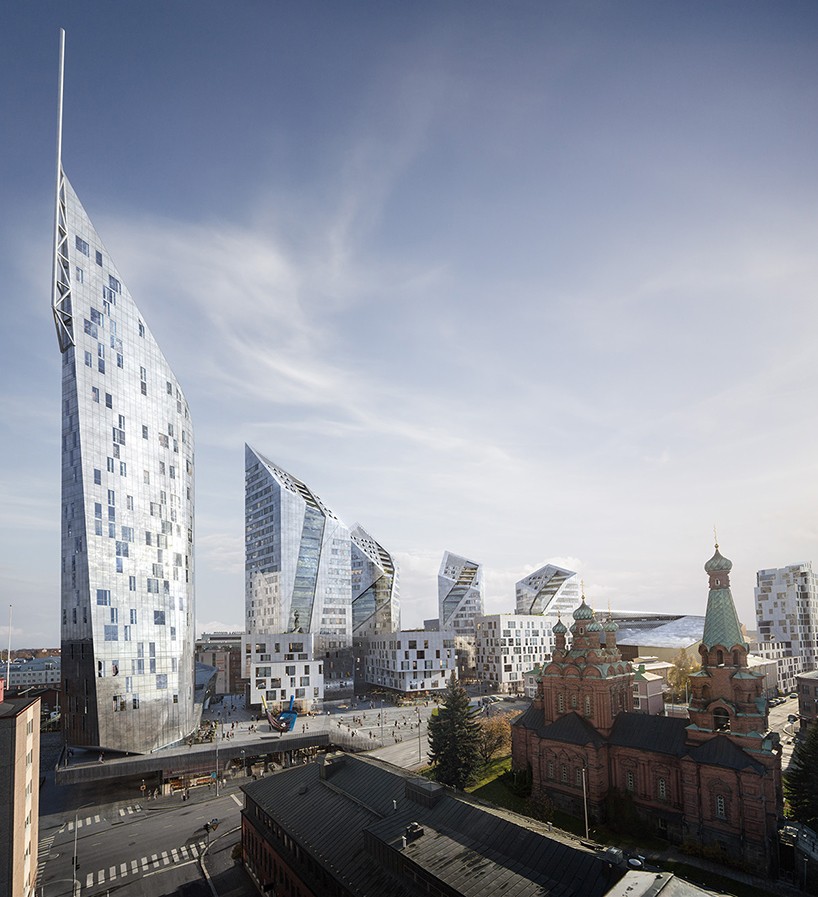 the geometric towers will host offices, condominiums and also a hotel 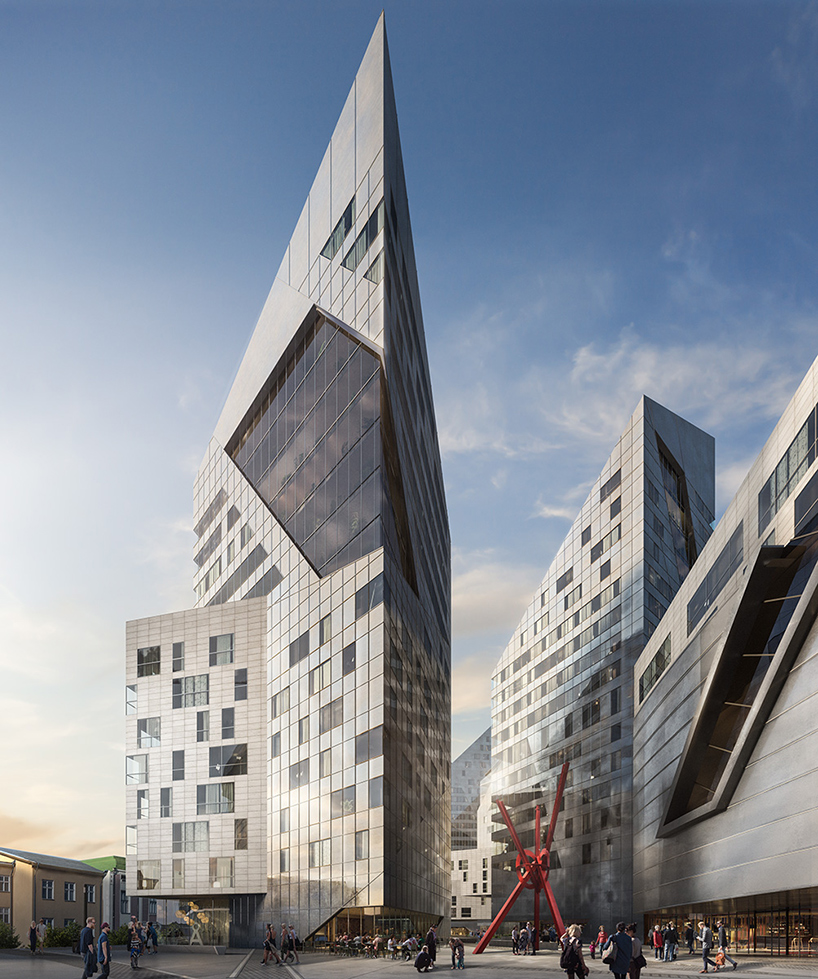 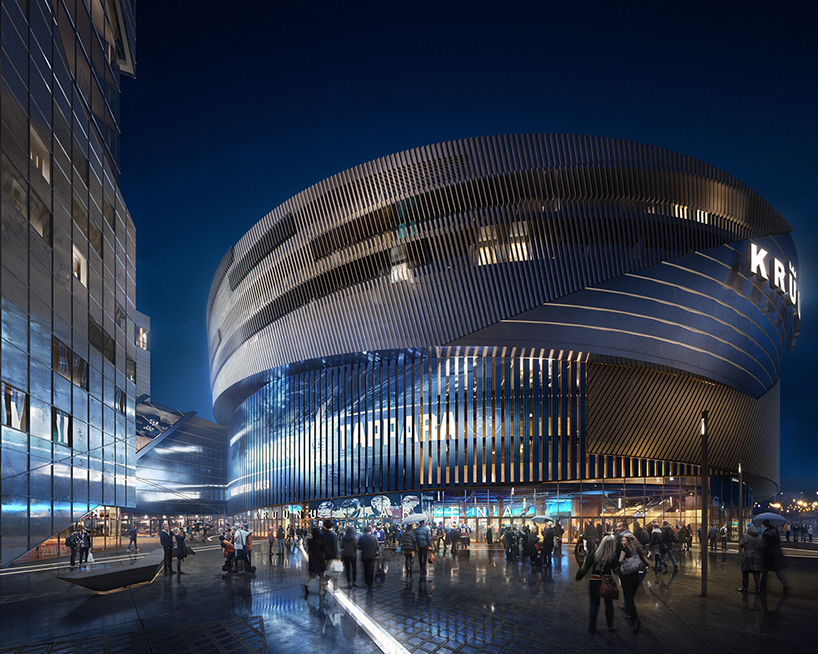 the arena, which occupies one fifth of the complex, has the capacity to accommodate 11,000 spectators 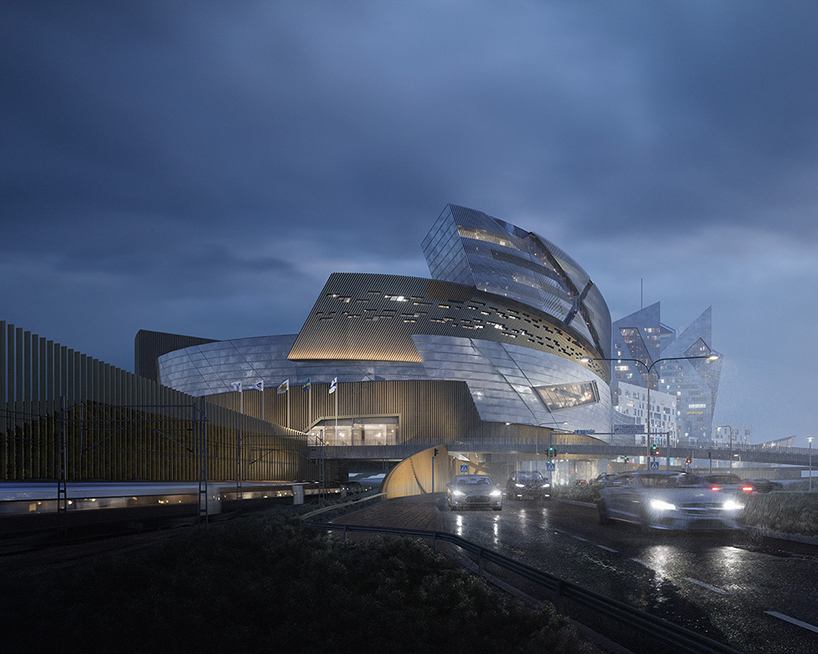 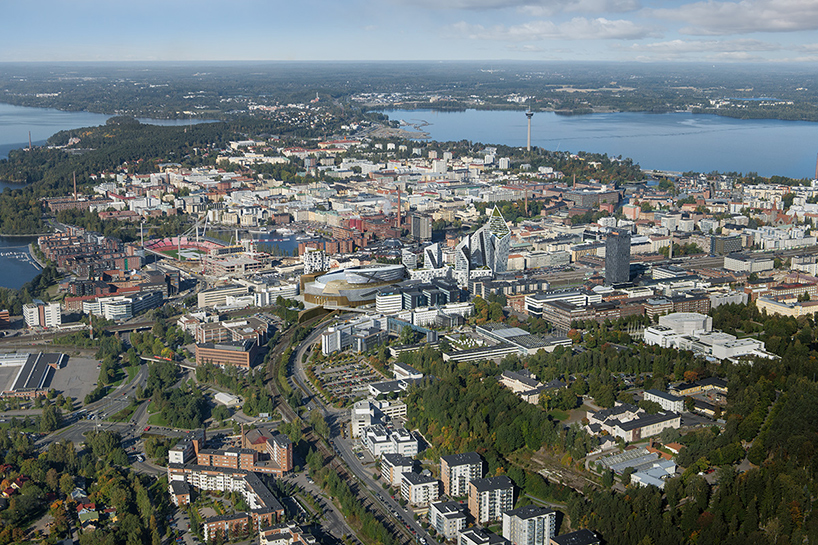 the masterplan is set to be built in tampere, finland