studio libeskind has revealed the design of three office towers for the city center of rome, forming a new, urban district adjacent to the A.S. roma stadium. sited at the heart of the planned tor di valle business district, the trio of structures work in conversation with one another, as if cut from a single stone block. the volumes fit together like building blocks, forming a composition of elements that act both in tandem with one another and alone. arranged in a triangular formation upon a 3,000 square-meter public piazza, the towers — which vary in height up to 220 meters — are landscaped with lush vegetation and reflecting pools. 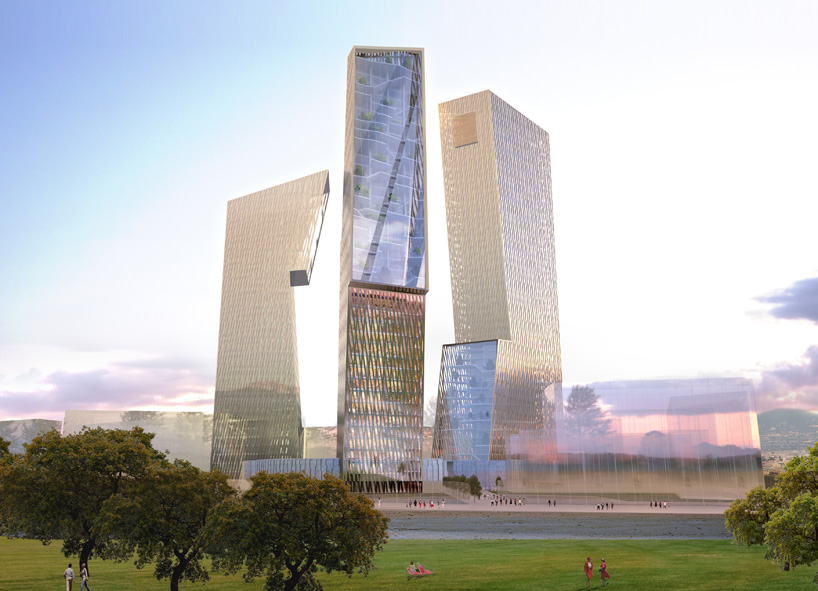 the trio of structures work in conversation with one another, as if cut from a single stone block

the towers are clad in a mesh of opaque panels that break up their glazed façades. folded glass panes reveal huge garden expanses containing multi-level spaces for work, recreation and events. these atrium-like spaces provide unobstructed views of the city and the central piazza, also working to regulate the room climate through natural shading, air filtering and circulation.

tower one features two vertical gardens on opposite sides — one on the lower half and the other on the upper floors — providing for efficient office layouts and work areas. at street level, all buildings provide amenities such as cafes and shopping. 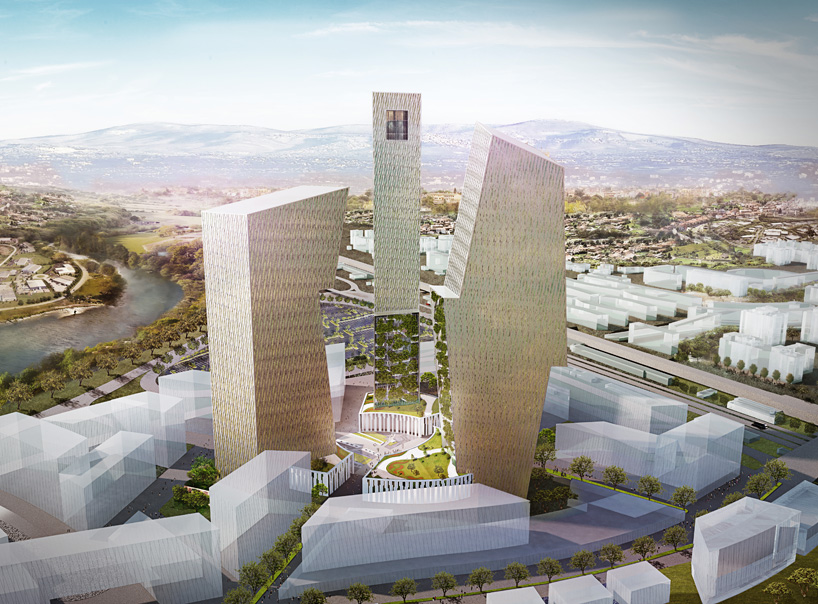 the buildings are arranged in a triangular formation on a 3,000 square-meter public piazza

the 287,000 square meter business park — developed by eurnova SRL — is part of a larger master plan conceived by studio libeskind and new york-based meis studio. the program includes the stadium, training facilities, low and high-rise office buildings, retail, dining, and cinemas, envisioned as a sustainable, urban district connected to the historic center of rome. the three central towers will be linked to the A.S. roma arena by means of a retail boulevard that runs from the tor di valle metro station to the stadium.

‘making an architectural contribution to the eternal city is a treasured opportunity,’ libeskind said. ‘rome will have a world-class business park connected to the stadium that will provide a vibrant, sustainable, neighborhood in this ancient city.’ 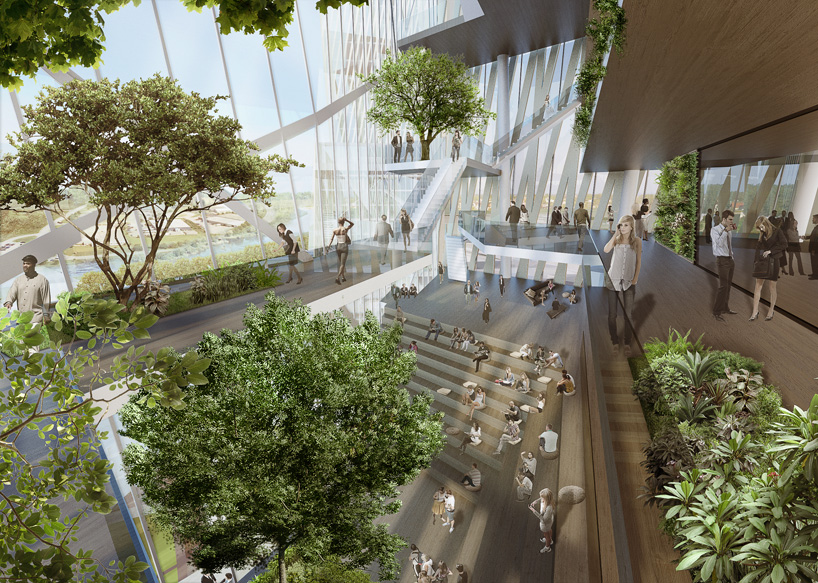 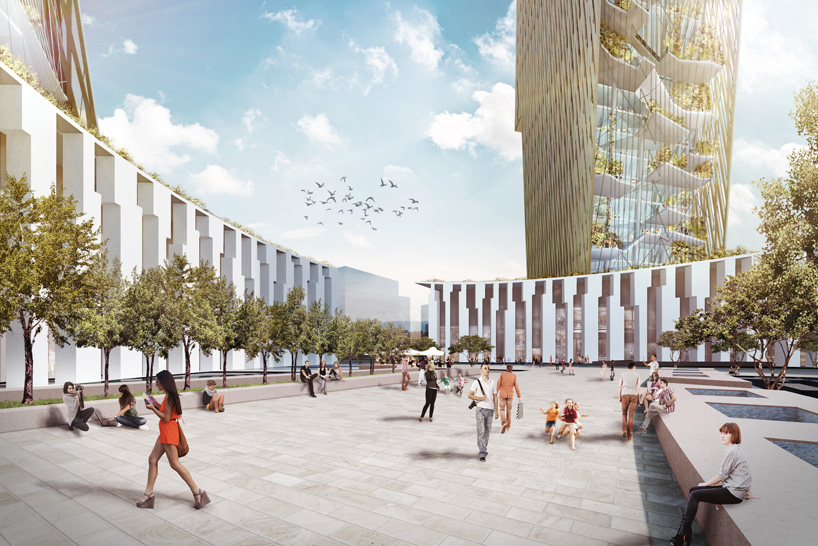 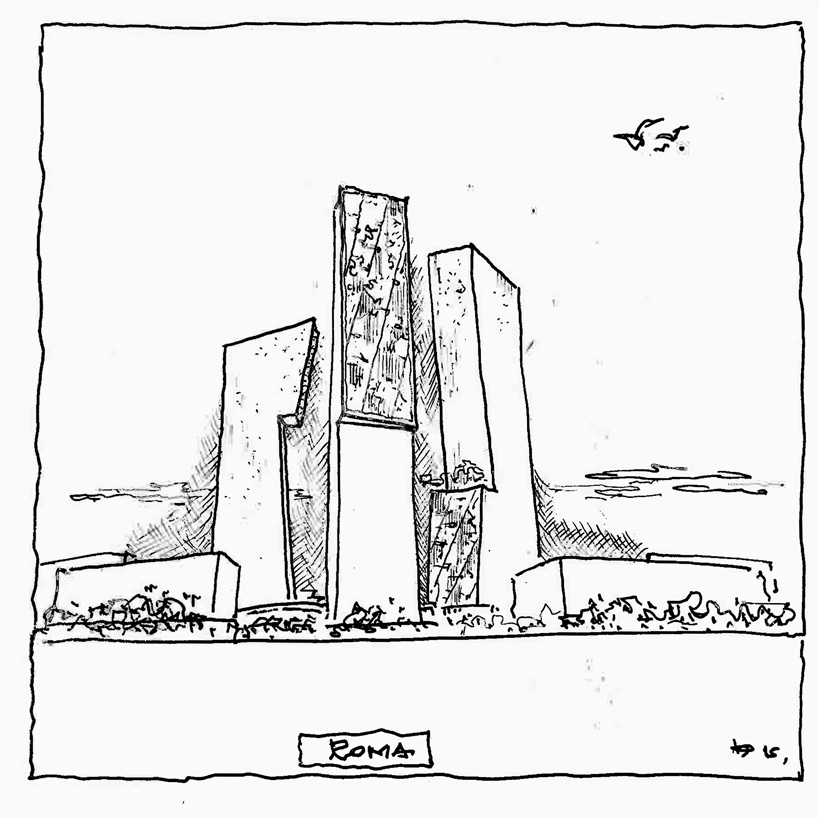 sketches of the three tower complex in rome, italy 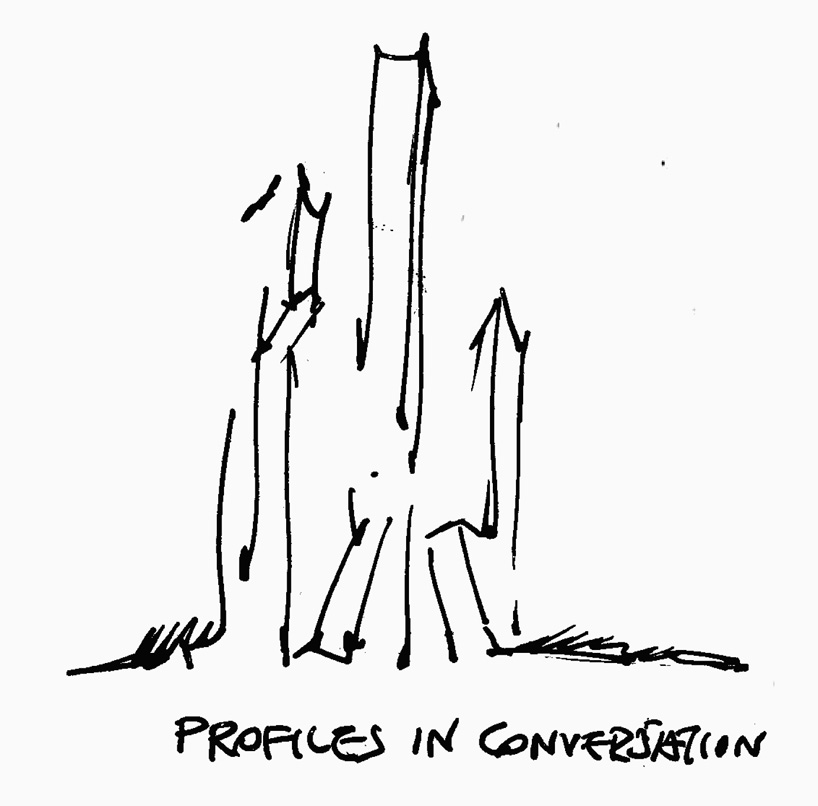 libeskind envisions the three buildings as ‘profiles in conversation’