conceived for the fictional character from joseph losey’s movie the servant, BUREAU has built ‘mr barrett’s house‘ on a site in geneva, switzerland. inspired by scenes from the film, in which the background interior is utilized as a stage for the unfolding drama, the concept behind the project aims to create a small space that could potentially serve as a plot for a ‘real-life movie’, making the architecture come to life as an important character itself. 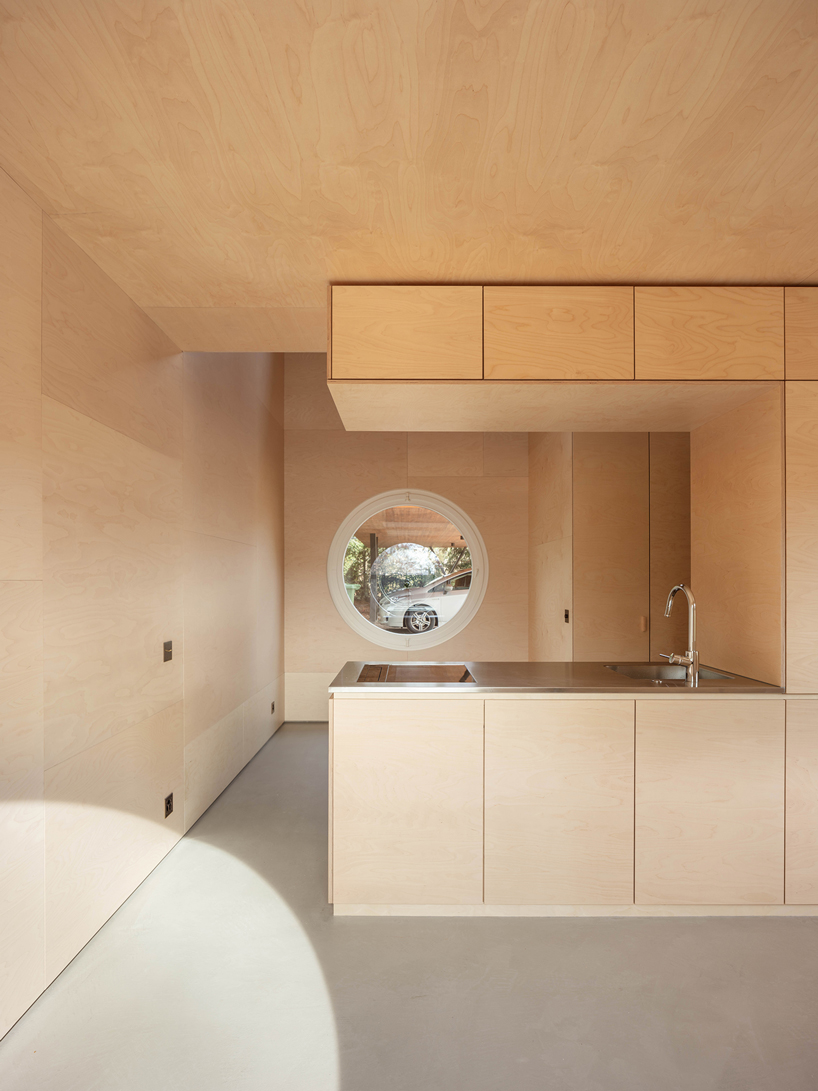 to create ‘mr barrett’s house’, the architect has carefully renovated an existing building. what was originally an old garage split between a basement car space and a small first floor apartment, has been transformed, while still respecting the history and character of the former architecture. in fact, the upper wooden chalet was entirely lifted, placed to the side of the house and then reinforced and re-structured. only after this operation, the upper level was placed back on the top of the basement. 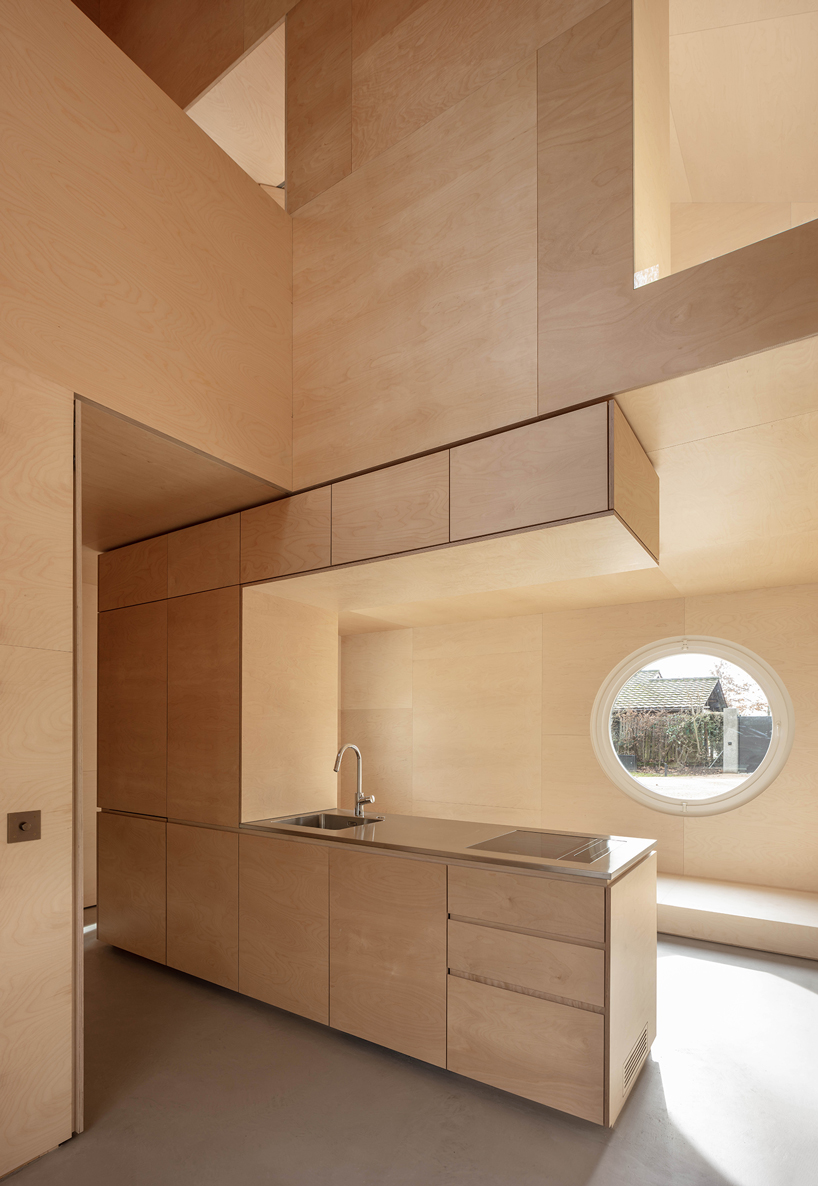 in addition to the movie concept, the work also employs the notion of working from the inside out. as can be seen from the completed images, the house has been developed starting with the interior, resulting in an intricate yet intimate living space. with regard to materiality, the interiors are characterized by expanses of birch wood on the walls and ceiling, creating a warm, cozy environment. punctuated by small elements of glazing, – most notably the distinctive round windows that refer back to the servant – natural light and views optimize the spatial experience of the house. 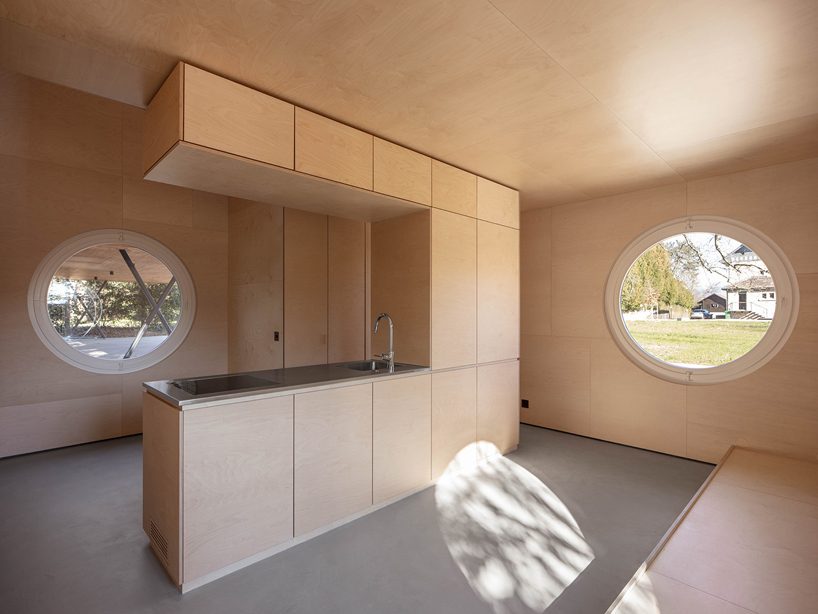 with the novel approach to design, the project by BUREAU results in a house that balances between quirky and contemporary style. in essence, ‘mr barrett’s house’ intends to become a dynamic character for future inhabitants, to participate in the everyday life of the residents and become a perfect setting for the drama that may unfold. 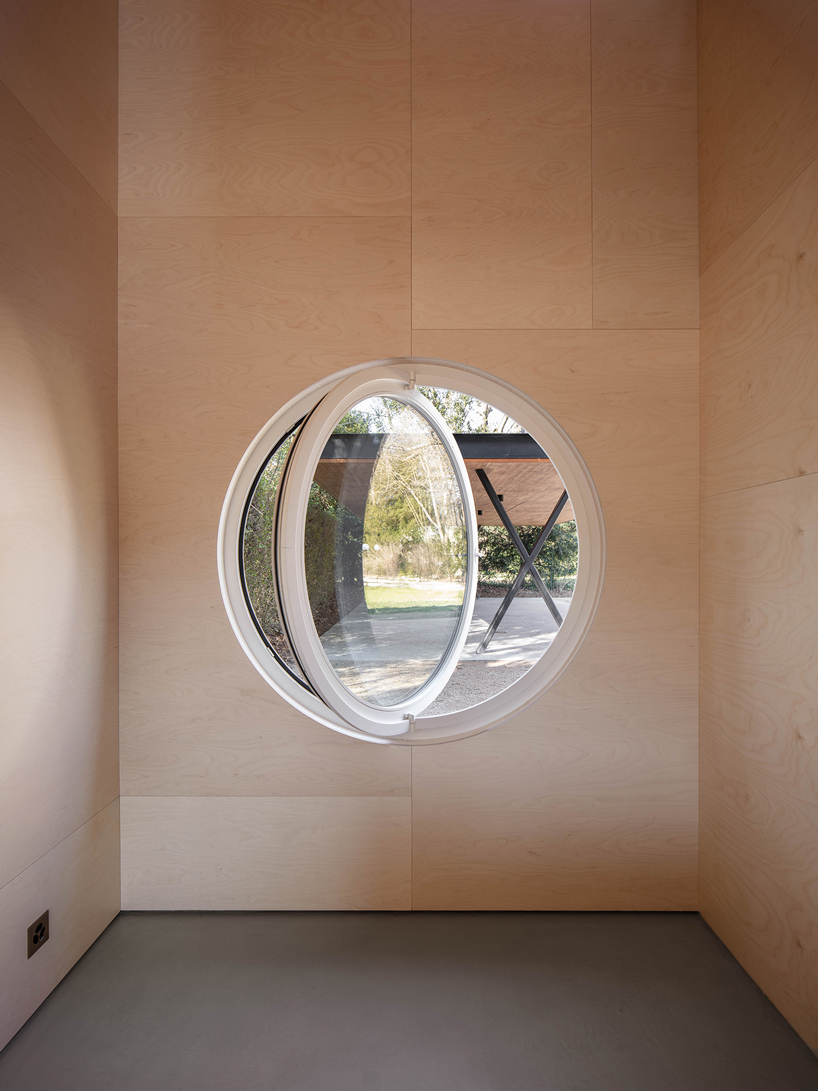 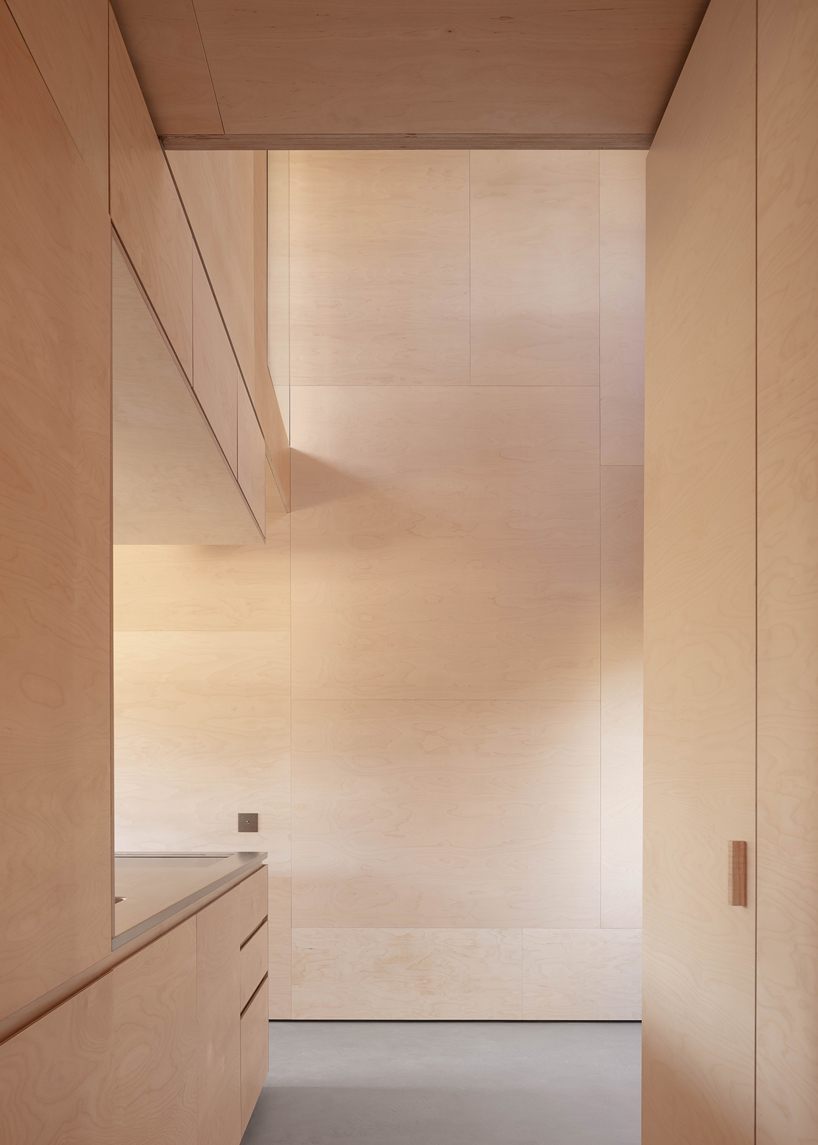 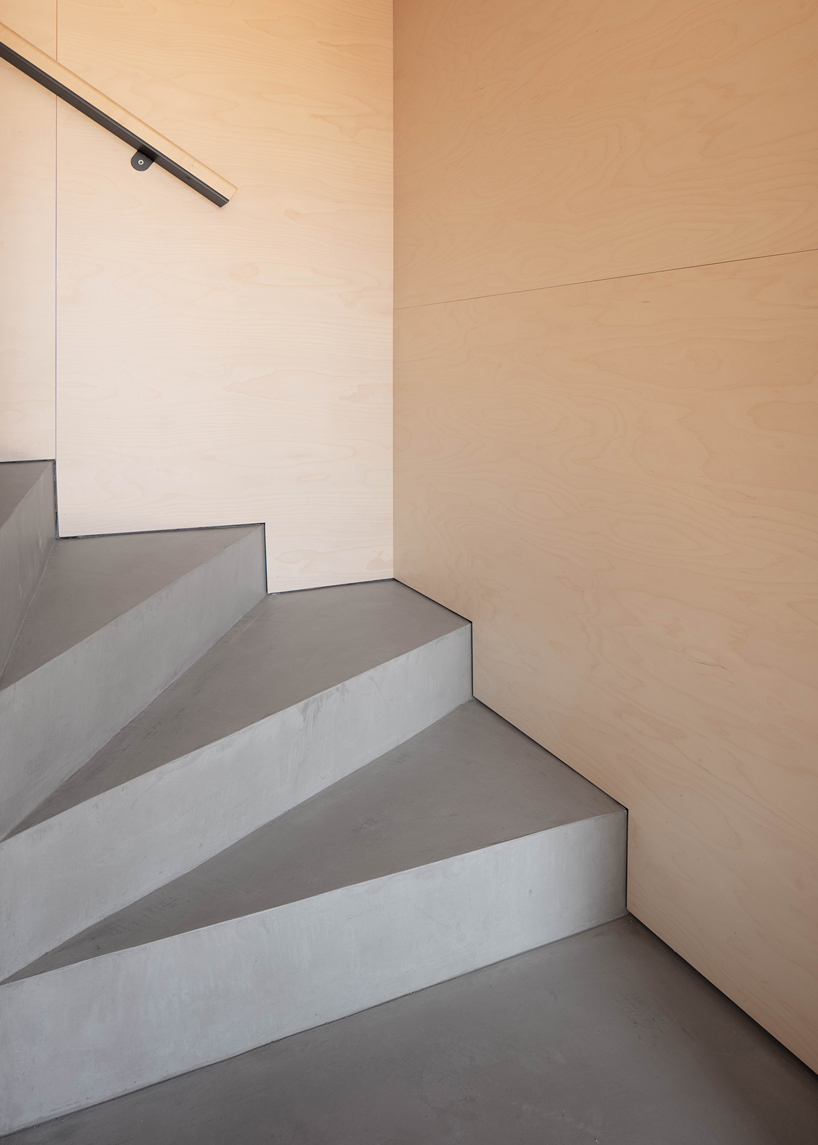 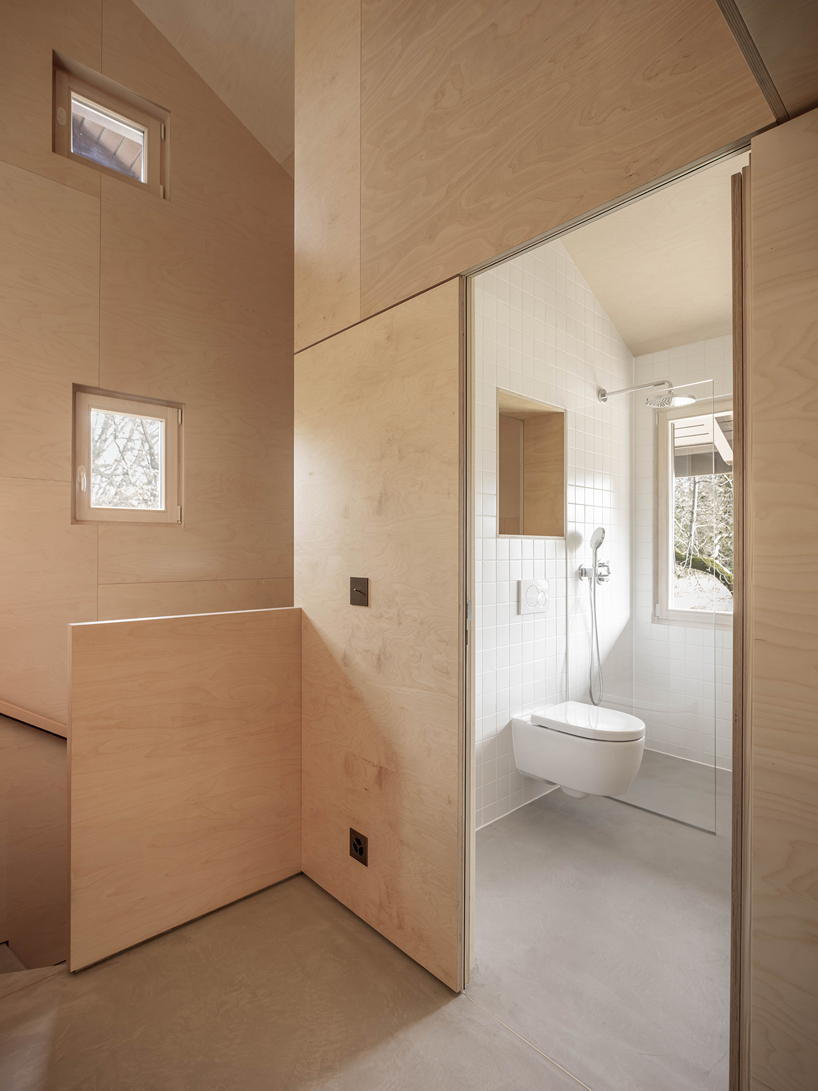 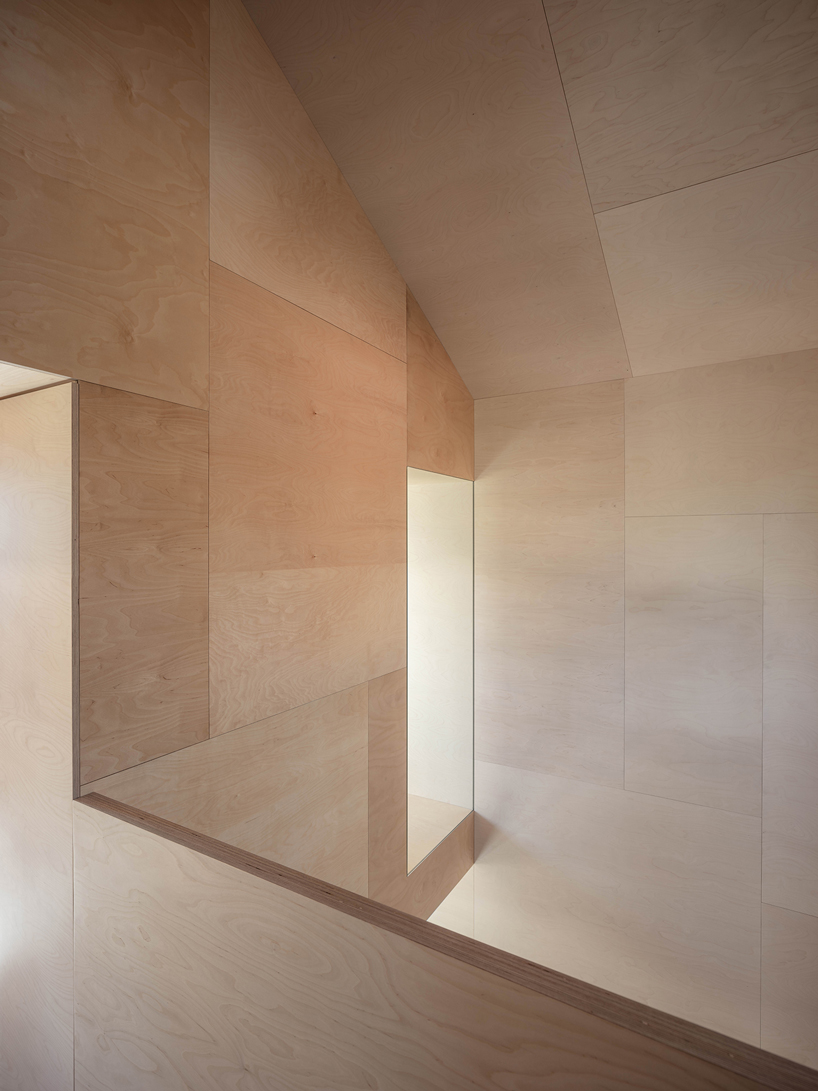 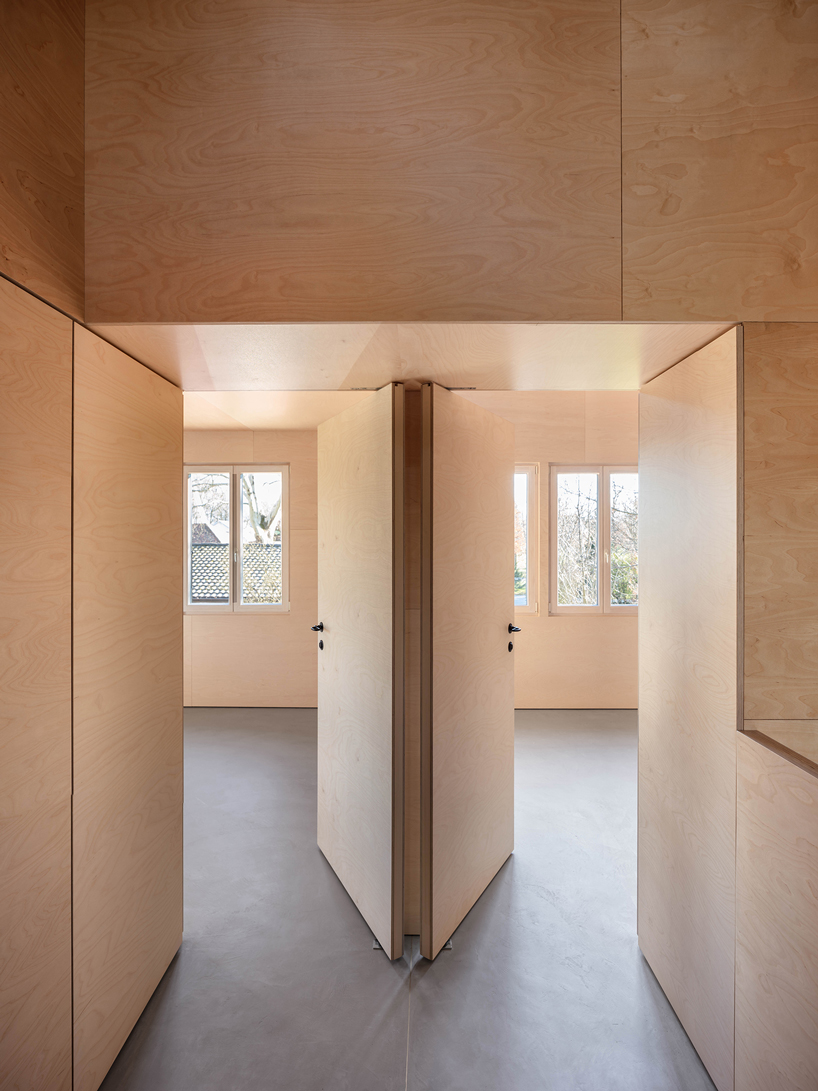 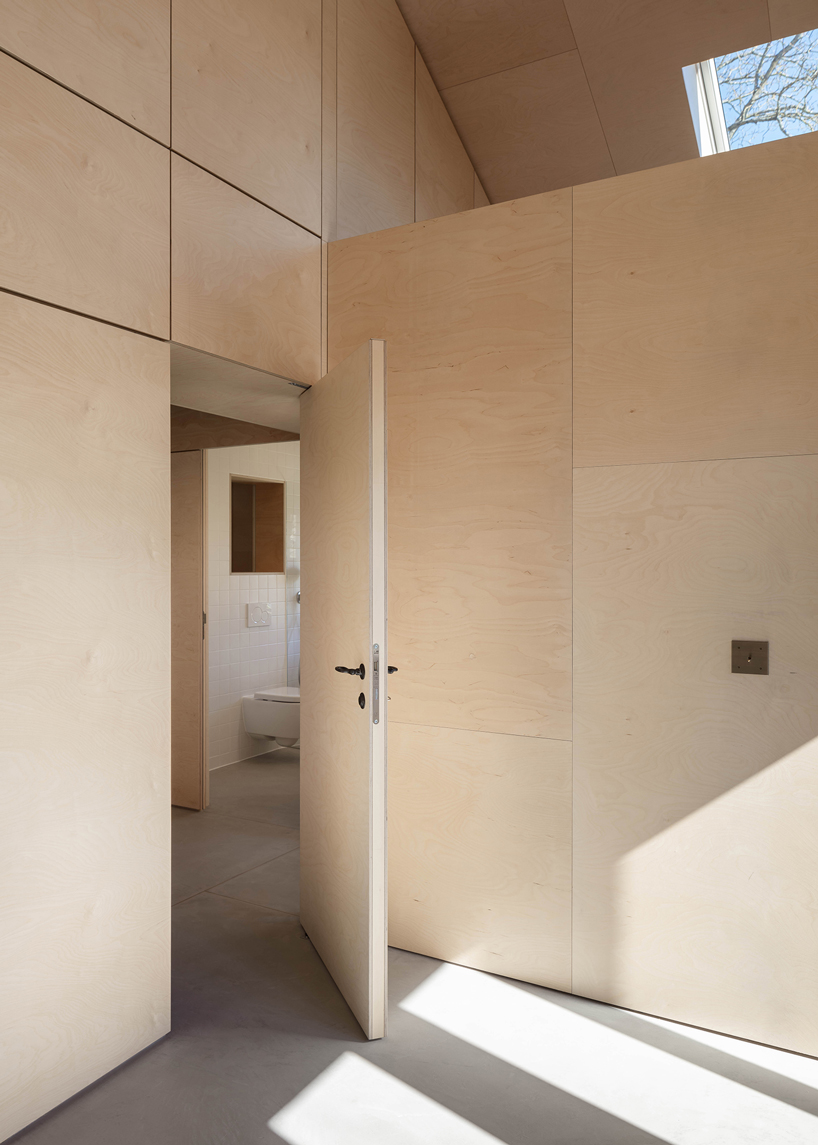 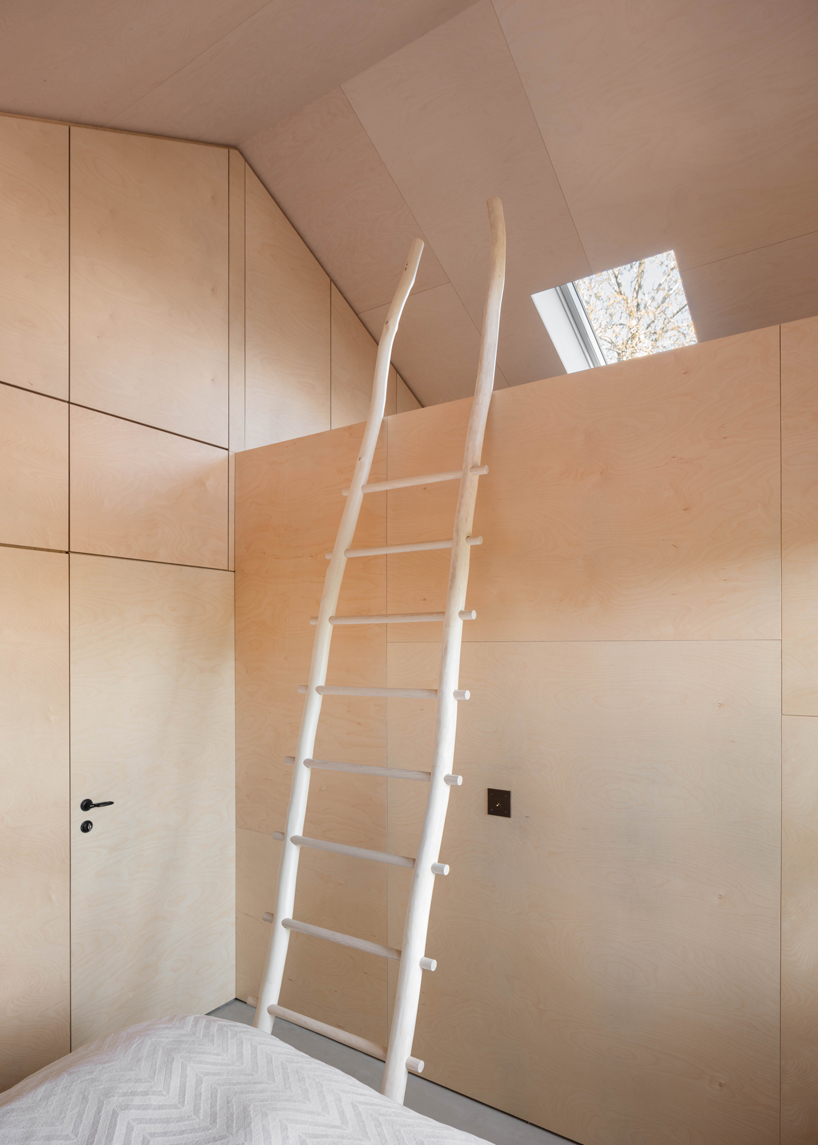 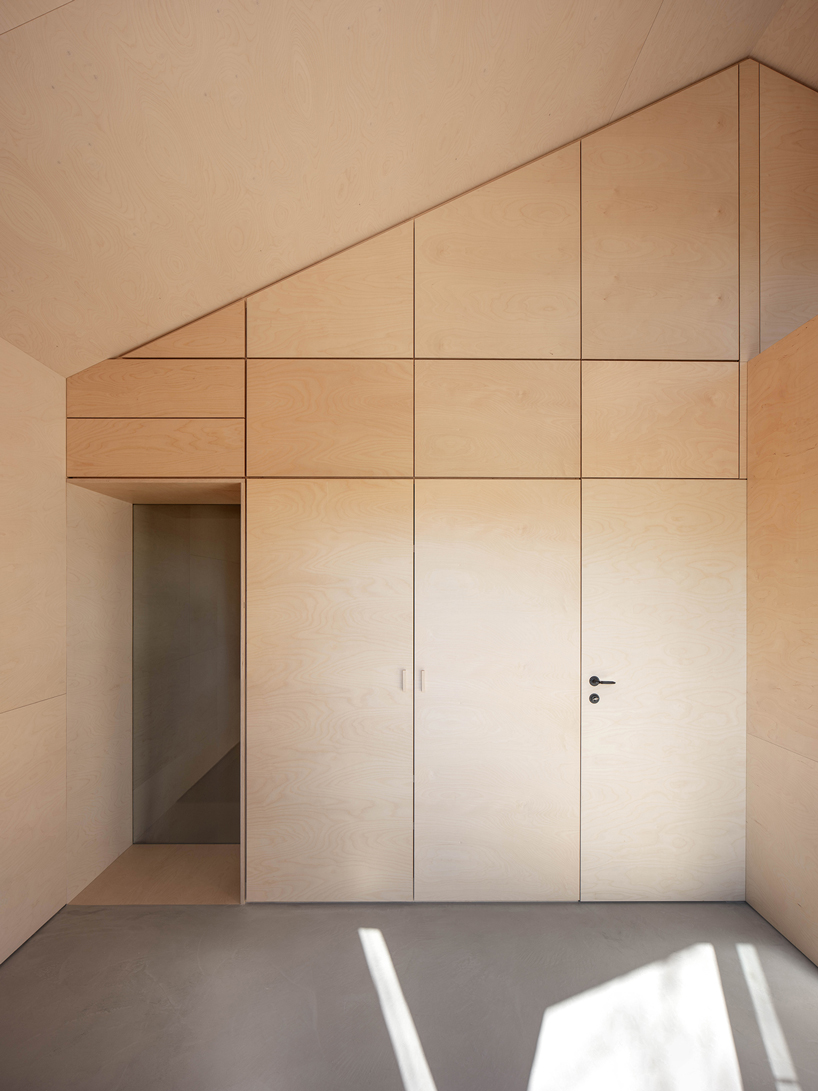 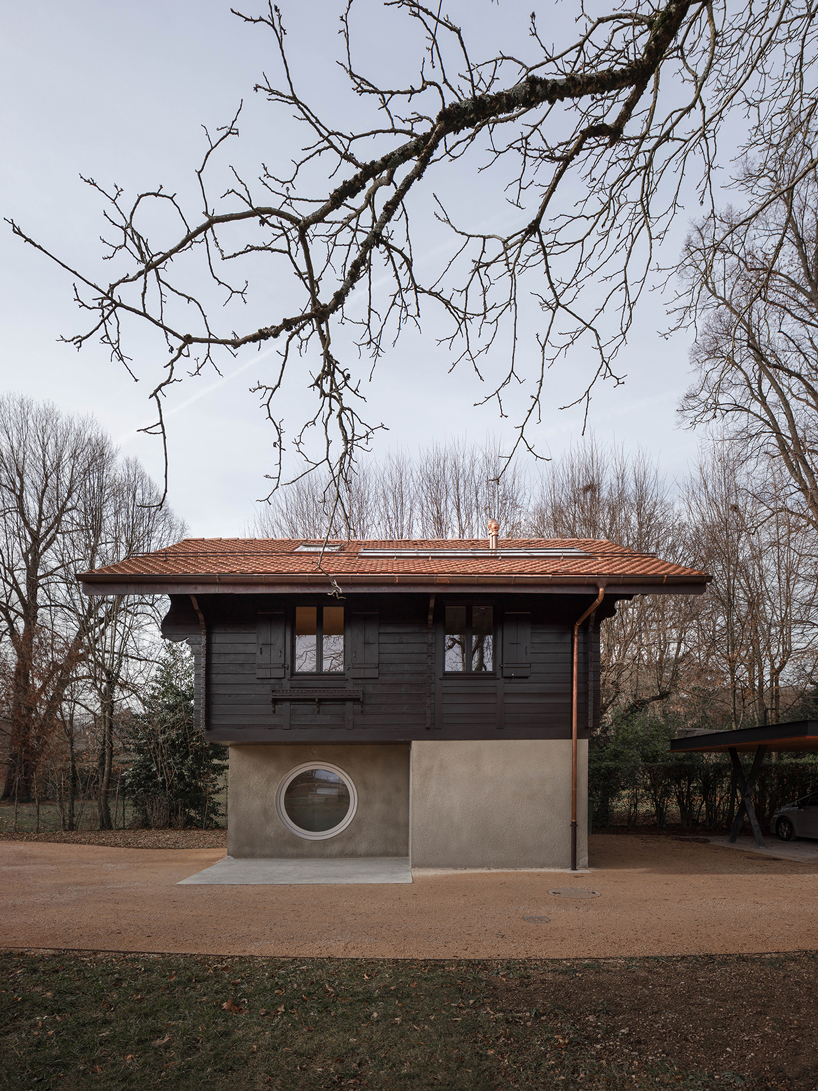 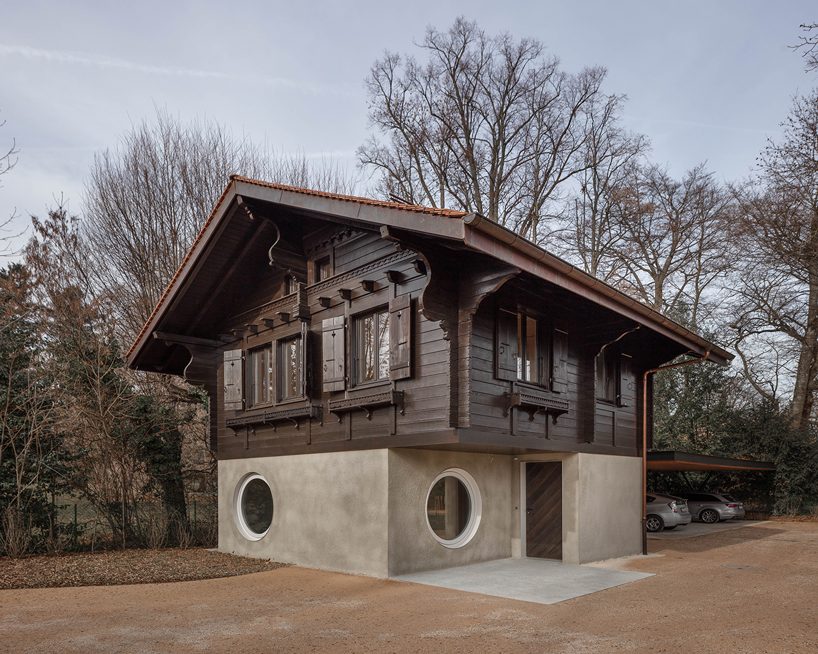 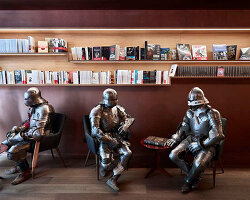 May 19, 2021
an order of knights occupies this renovated century-old literary café in geneva 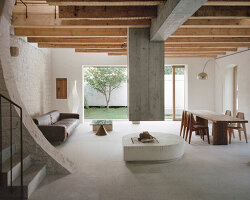