BIG in collaboration with tegnestuen nuuk address the inconvenience of a rapidly growing population in a globalized world where high prices and lack of international transport hinder residents from venturing out and tourists from visiting the remote country of greenland. as part of the danish pavilion at the 2012 venice biennale, ‘air + port’ provides an integrated hub on the island of angisunnguaq for both air and ocean travel, improving its economical and social connection to the rest of the world. placing greenland in the middle of a transportation superhighway, visitors and merchants will be able to access the country more conveniently and at affordable prices, while simultaneously boosting greenland’s economy which so heavily depends on trade and tourism. the project is expected to open world-wide discourse as to the responsibility of architecture in improving the social and economical situations of places in need, if not also informing the future realization of a similar construction.

bjarke ingels, of BIG, explains the concept of their exhibit:

“greenland has the potential to reposition itself from the periphery to the center of the major world economies of europe, asia and america. greenlanders today are purely dependent on air traffic  for domestic commutes but almost crippled by empty flights and staggering prices. the new air+port will become a transit hub between europe and america – increasing potential transit tourism and cutting costs for the local commuters.   by overlapping the water and airways in the air+port we seek to resolve a domestic challenge with a global investment. a piece of global infrastructure with a positive social side effect – social infrastructure.” 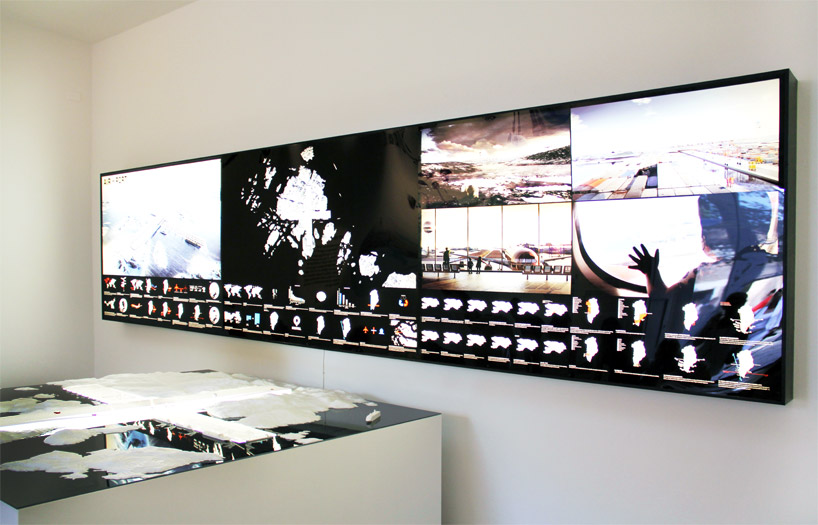 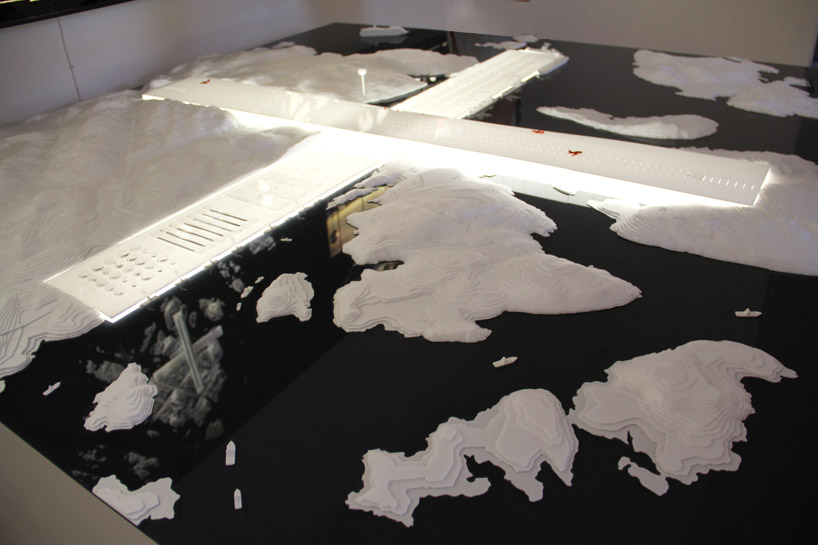 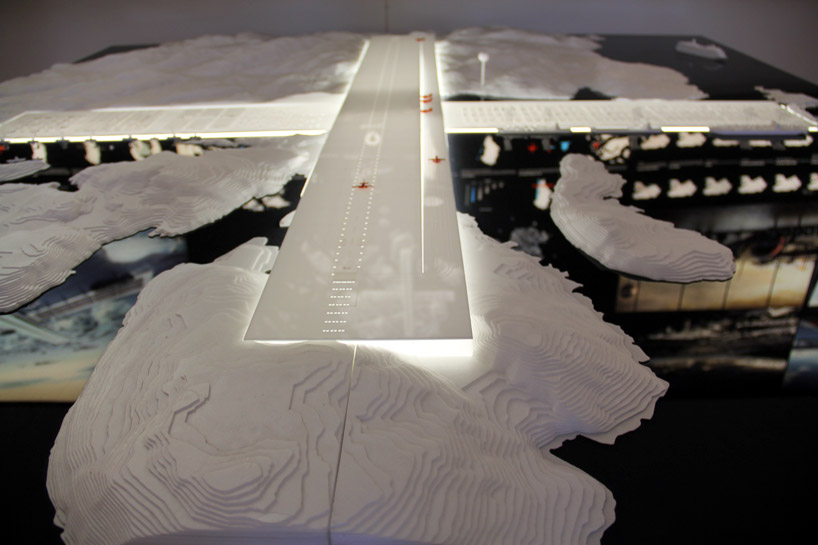 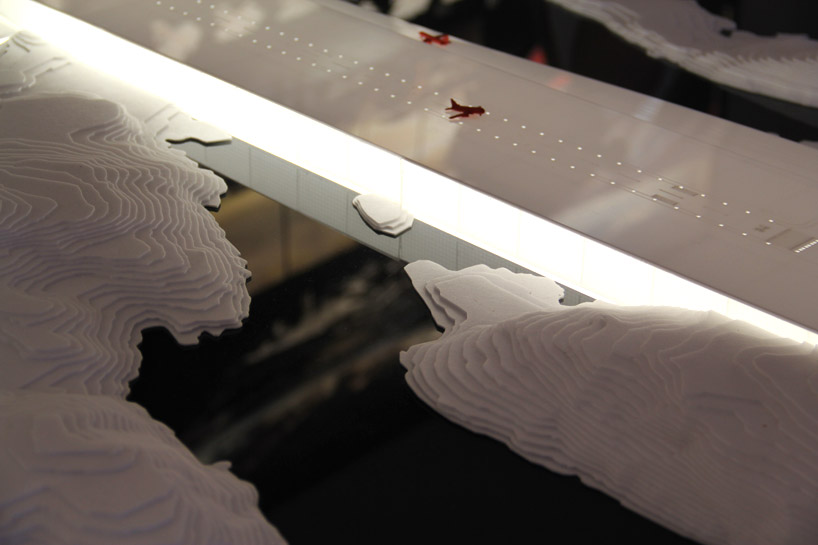 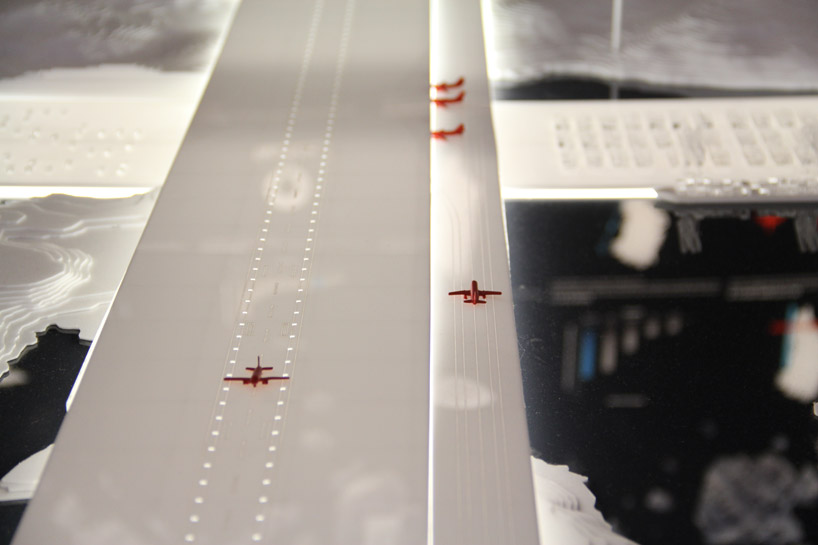 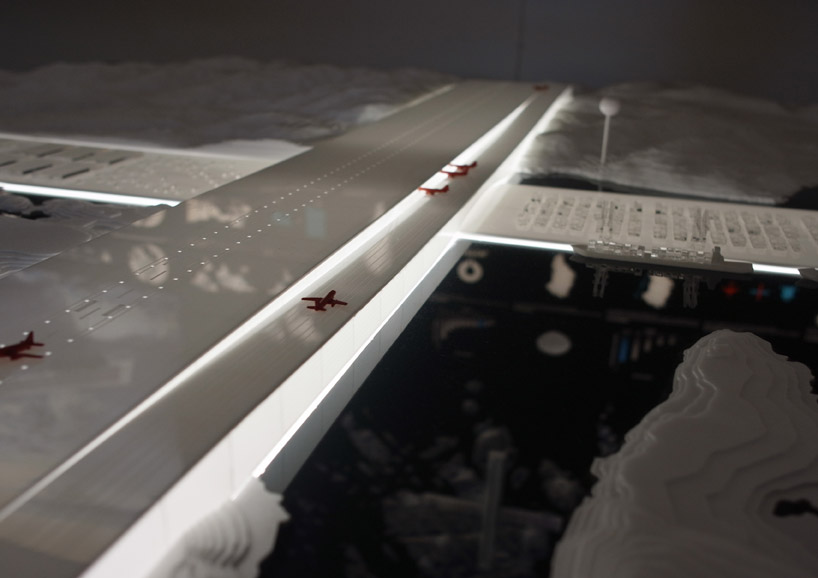 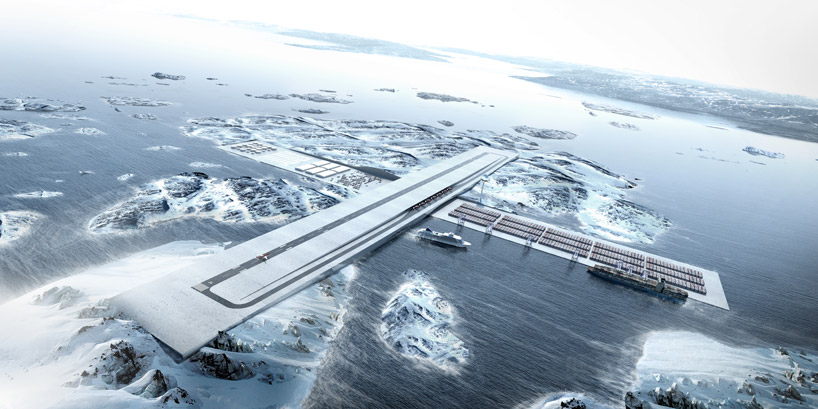 shipping containers stored on one of the wings of the structure 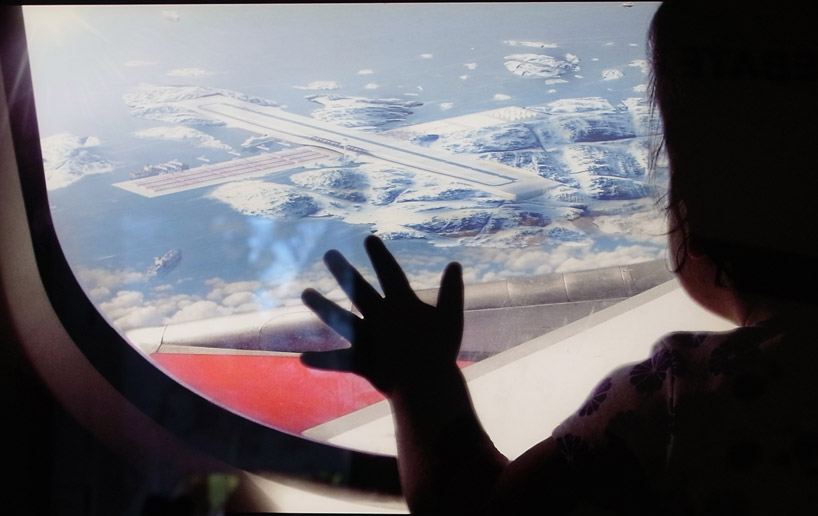 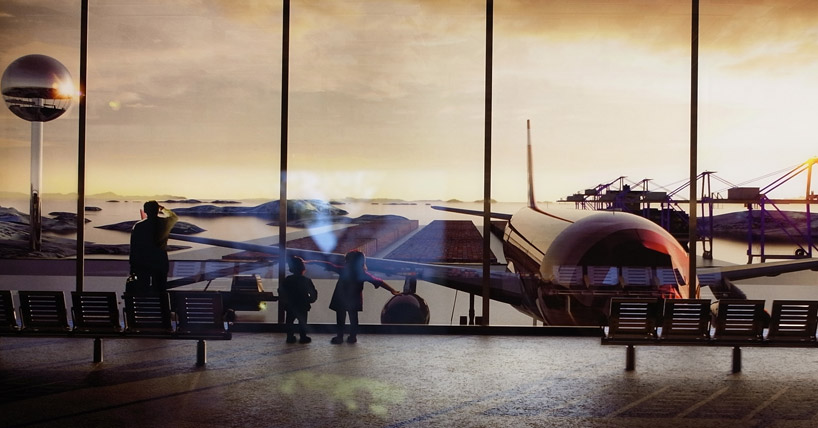