‘possible greenland’ is the theme of the danish pavilion at the 2012 venice architecture biennale. it presents a compilation of projects by different danish firms which propose new visions for the future of greenland. organized by the danish architecture centre and curated by minik rosing and NORD architects, the exhibition is broken down into separate sections – organizing / governance, connecting, migrating and inhabiting – each of which individually address the issues around the architectural planning of greenland, tackled by different teams.

see designboom’s preview article of the danish pavilion and our coverage of BIG architect’s ‘air + port’ project featured as part of the ‘connecting’ sector of ‘possible greenland’. 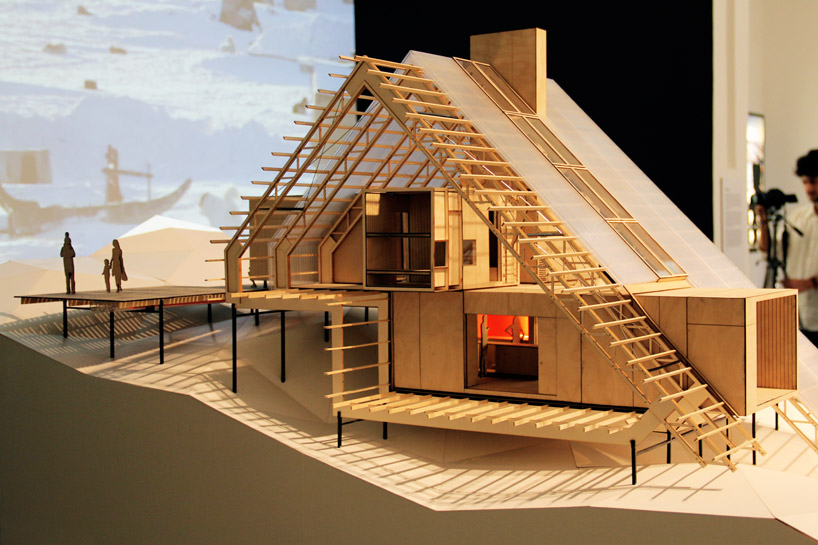 quarsoq tegnestue, clement & carlsen architects and tegnestuen vandkunsten were assigned ‘inhabiting’, and were asked to put forward new building practices and planning within the arctic zone. in greenland, the mountain side is common ground, whereby houses are closer together. through their research, the ‘inhabiting’ crew propose a lightweight, assembly-friendly system that contours the mountain side, rejecting multi-storey buildings, and suggesting a system in which homes are positioned near to one another, featuring useful high-ceilinged spaces which greet the surrounding view and guard the structures against cold winds by other means than those previously assumed. the construction of each house can be handled by crews of two to four men, which allows work on difficult sites and a high degree of independence as is tradition in the north. 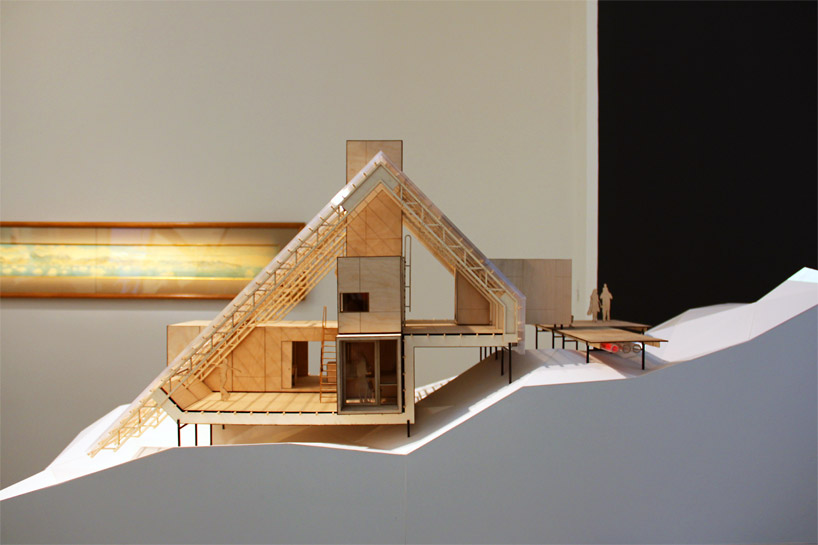 the arctic building practice must be able to withstand harsh weather, bear the snow load, retain heat and remain standing on the mountain side even when a storm is raging. not just simply composed of two sections, three floor plans and four elevations, quarsoq tegnestue, clement & carlsen architects and tegnestuen vandkunsten’s program should be seen as a method and way of building, a game of infinite configurations which can deliver a single family house, double houses, long houses, row or clusters of house, even co-housing and larger collective groupings. through this the social organization of the site will determine property boundaries. 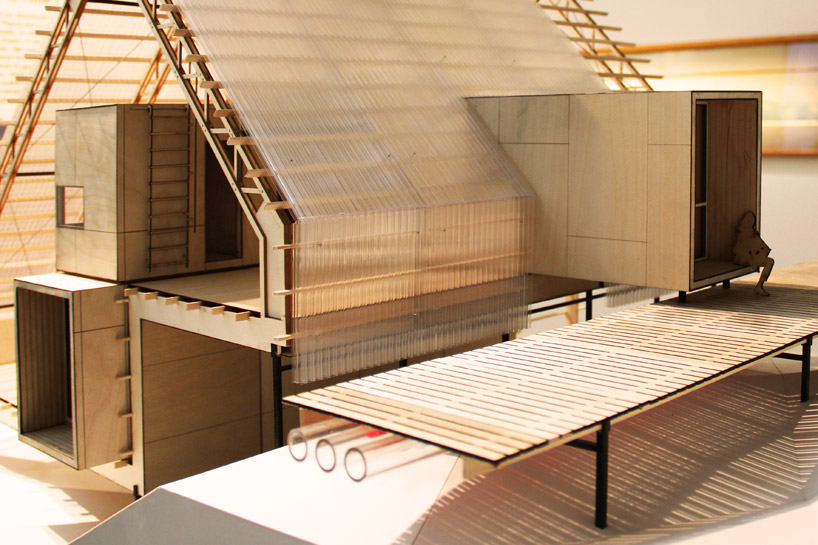 social spaces are delivered in the form of combined supply routes an access decks which make it natural for inhabitants to move closer to one another. inhabitants meet on the deck to carry out common functions such as shared laundry, smoke ovens and snowmobile parking.

the access decks are established with sewage, heat and water. the structural base is a lightweight foundation made from steel which is attached to the mountain slop through embedded rock anchors on which the building’s floor – in the form of seaweed-insulated, light floor slabs – is laid out. the overall skeleton is formed by partially prefabricated open trusses positioned on 201cm centers. the external skin climate screen is mounted in long narrow polycarbonate sheets of varying translucency with  continuous skylight in clear glass above. ‘paqibiq’ boxes in either self-build or prefab, extrude through the facades as points of entry, sheds, balconies and bay windows framing views. the basic functions of the home such as cooking, resting, storage and hygiene are placed inside these stackable, seaweed-insulated partially fabricated ‘paqbiq’ boxes, which help define the spatial hierarchy within the home. 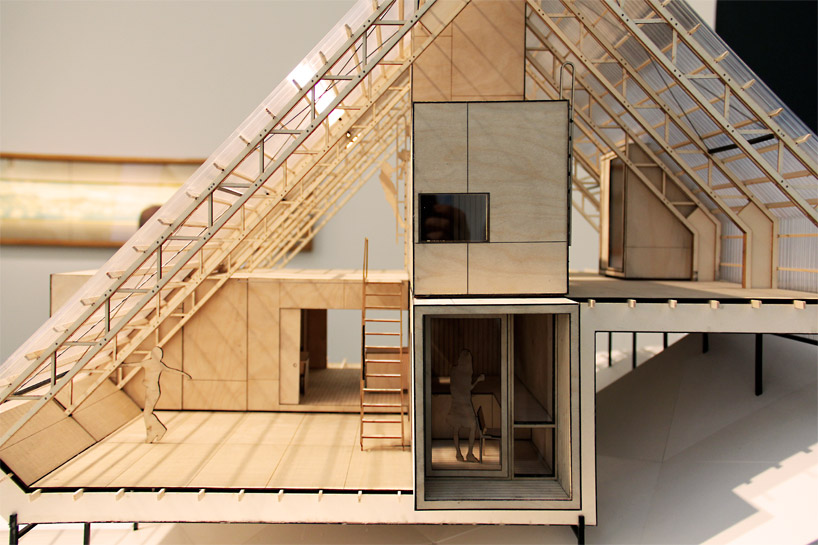 detail of the dwelling which is composed of two sections, three floor plans and four elevations  image © designboom

while being able to withstand the summer’s strong, sustained light and winter’s darkness, the ‘paqbia’ are legitimized by their  two-pronged aim: first, they can block out light and offer good conditions for rest when the sun refuses to leave the sky in the summer, and second, they can retain heat and act as a ‘cave’ when winter’s freezing temperatures are set in. 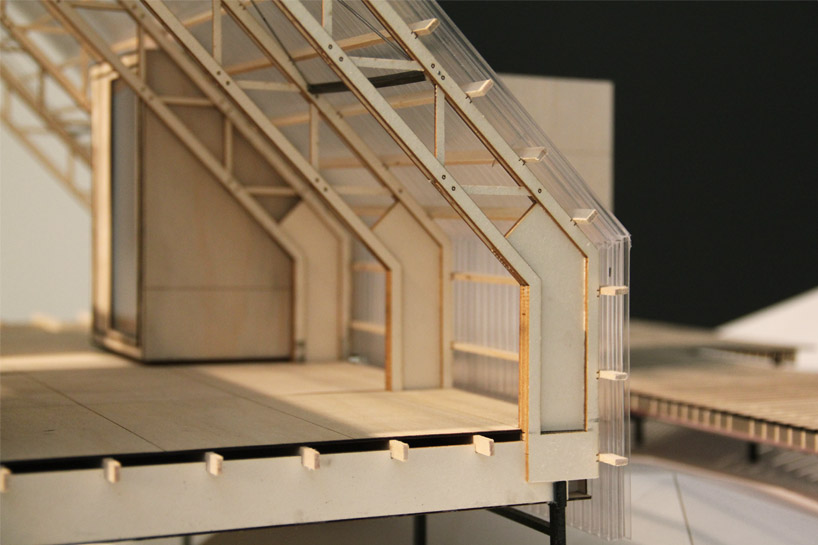 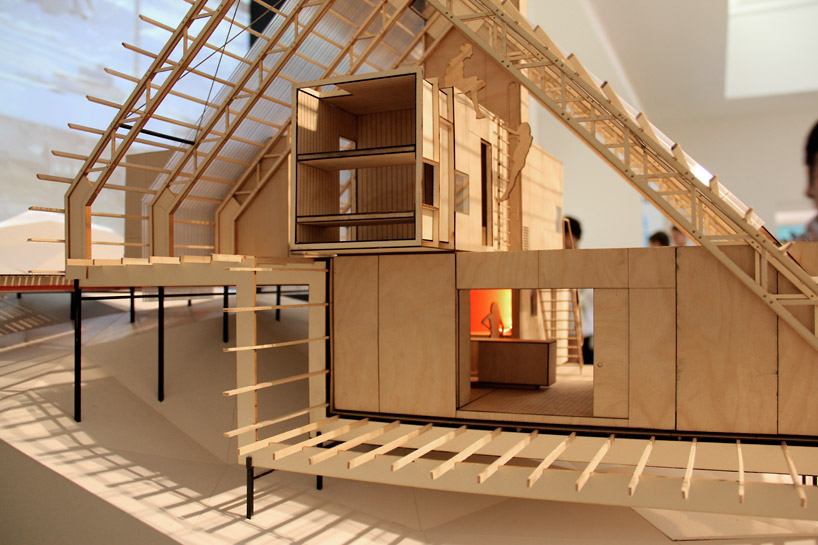 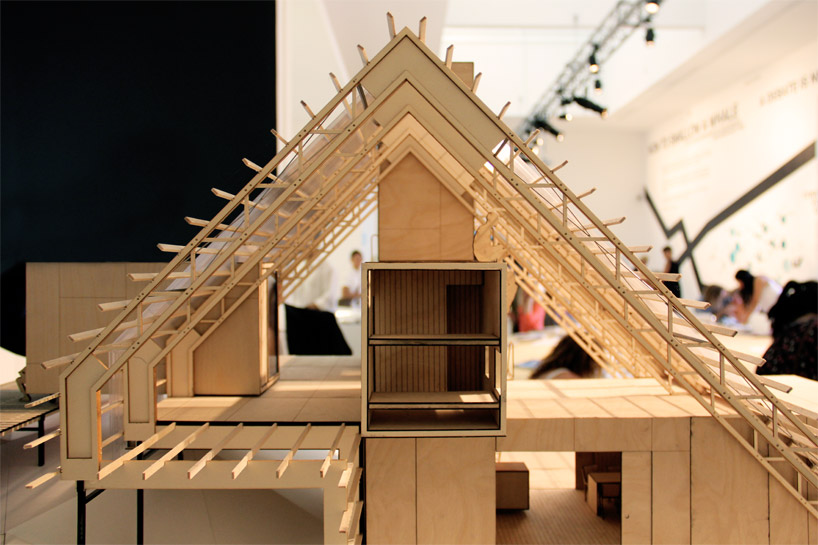 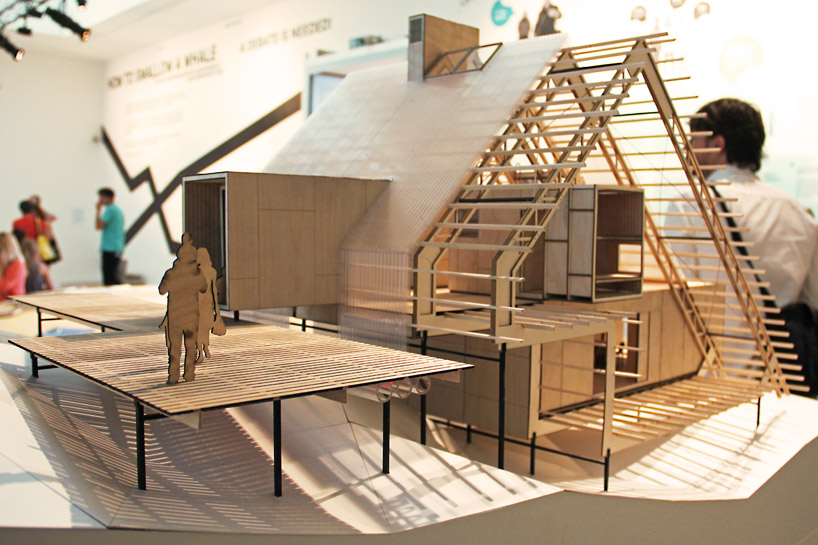 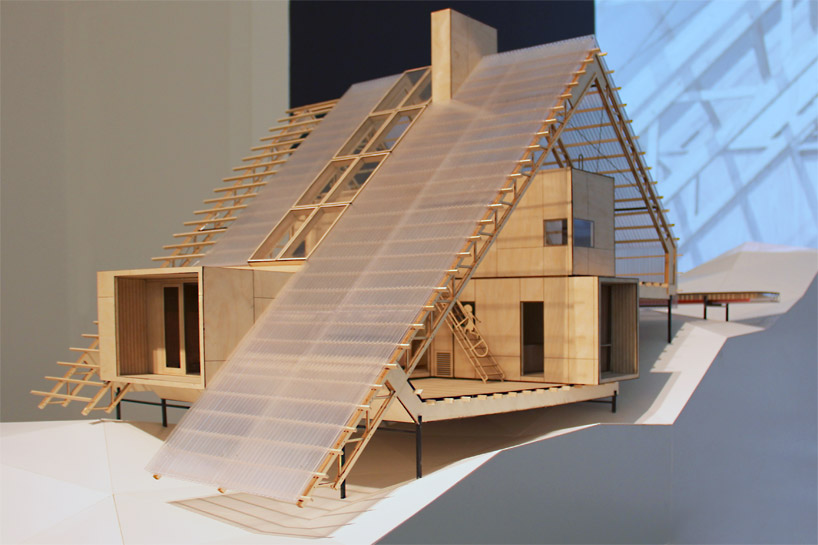