tasked with the enlargement of the palazzo dei diamanti modern art gallery in ferrara, italy, DAP studio has revealed a series of new elements that relate to the historical building through harmony and opposition. the proposal features a glass box placed between two horizontal planes, the base and the roof; a reflective pool of water; and a brise-soleil on the garden. 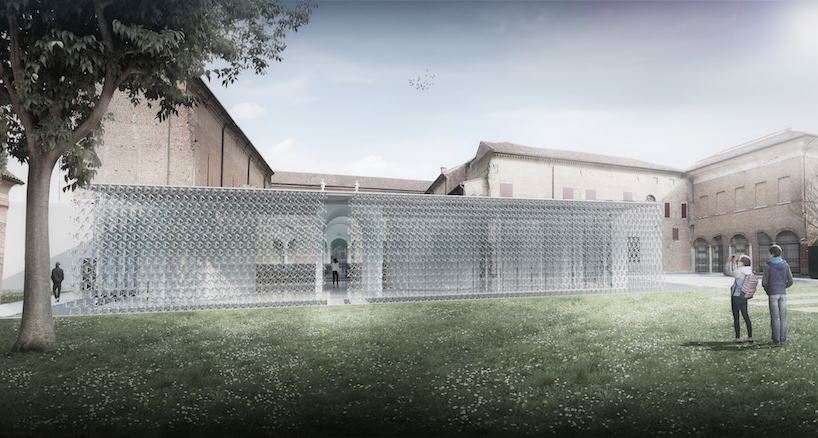 DAP studio has chosen to strengthen some fundamental themes, such as the axiality and the relationship between solids and voids, which root the project in its context and generate a natural sense of belonging. at the same time, a pavilion made of thin white metal elements and glass is added to redefine the space, opposing the lightness of the new volume to the historic building materiality. the new structure is placed on the unfinished side of the main courtyard, ensuring a continuous flow from the existing exhibition spaces, while maintaining a visual relationship with the garden. 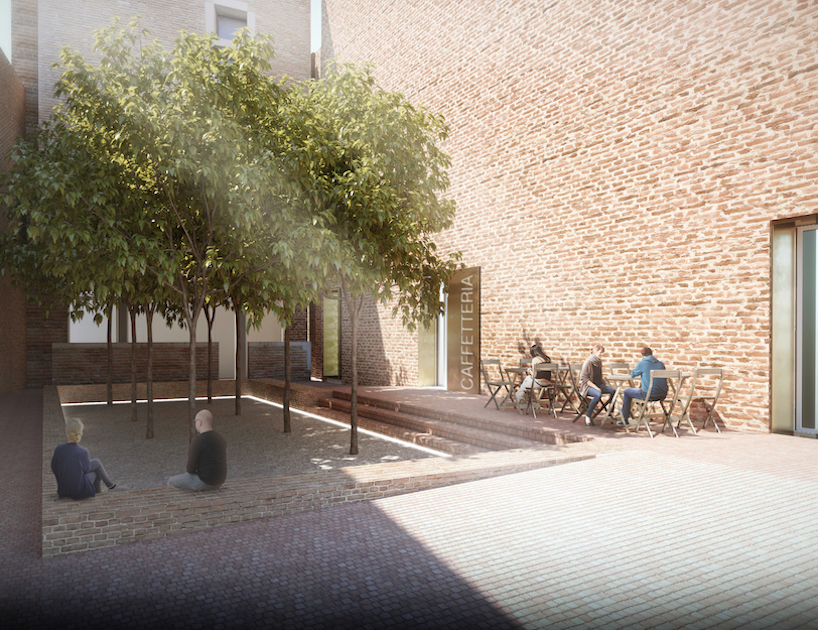 the project takes the theme of the gateway, as a meeting of the different paths, also in correspondence with the entry points from the city, marked by three concrete gates. the courts and open landscape, designed by studio antonio perazzi, emphasize the idea of emptiness combined with regular green volumes where different outdoor exhibition spaces can be organized. 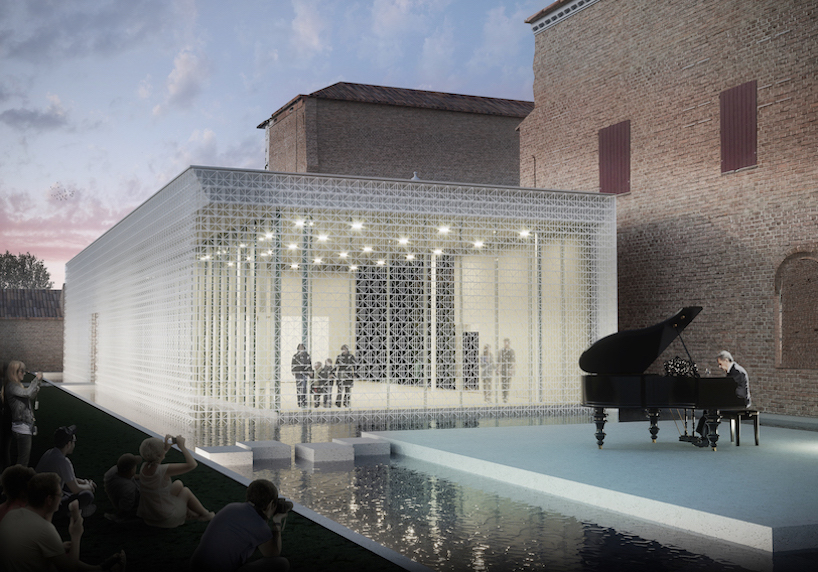 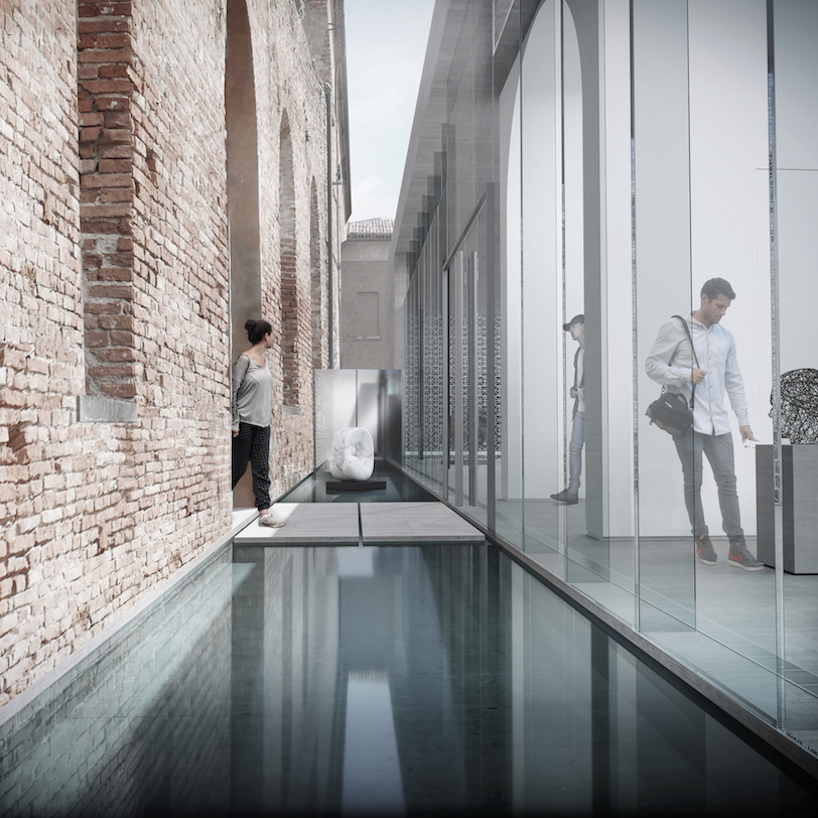 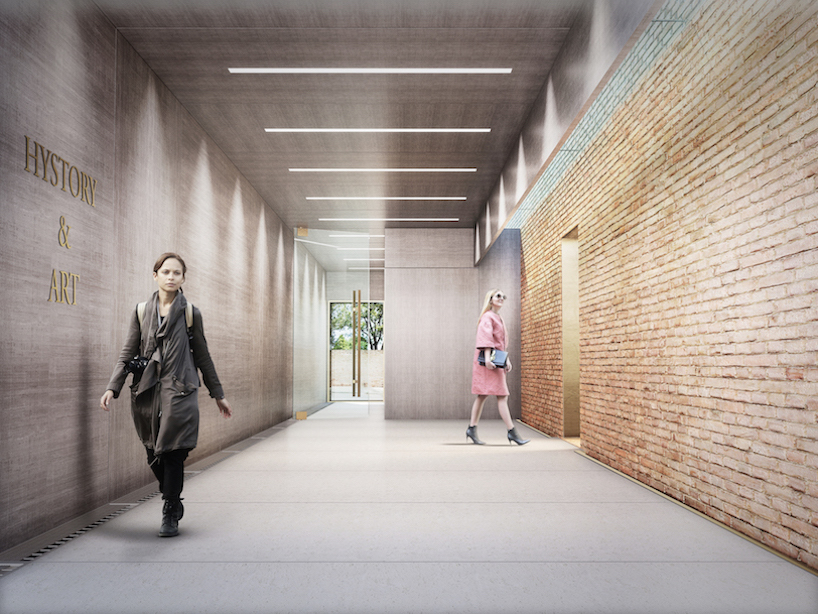 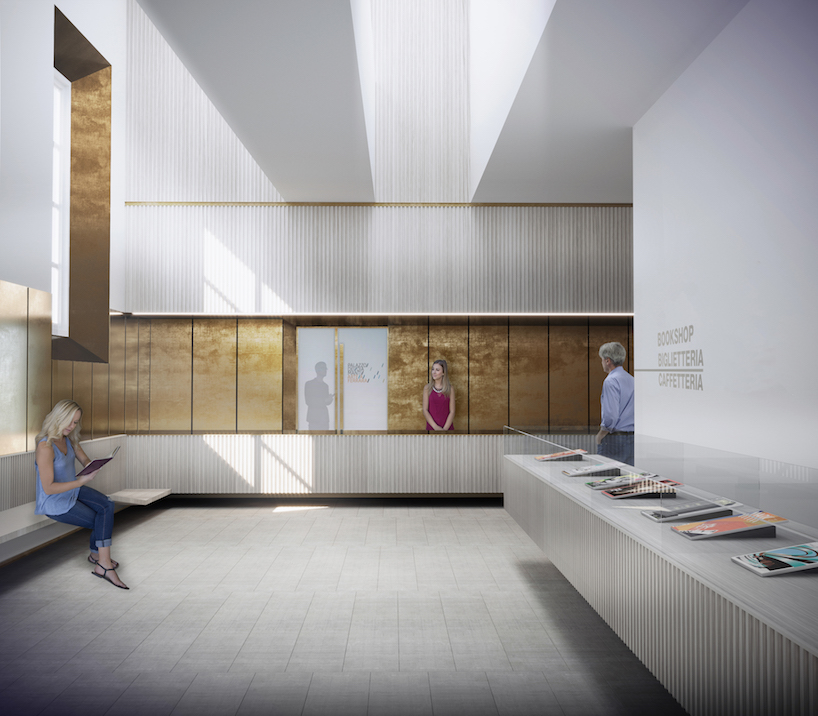 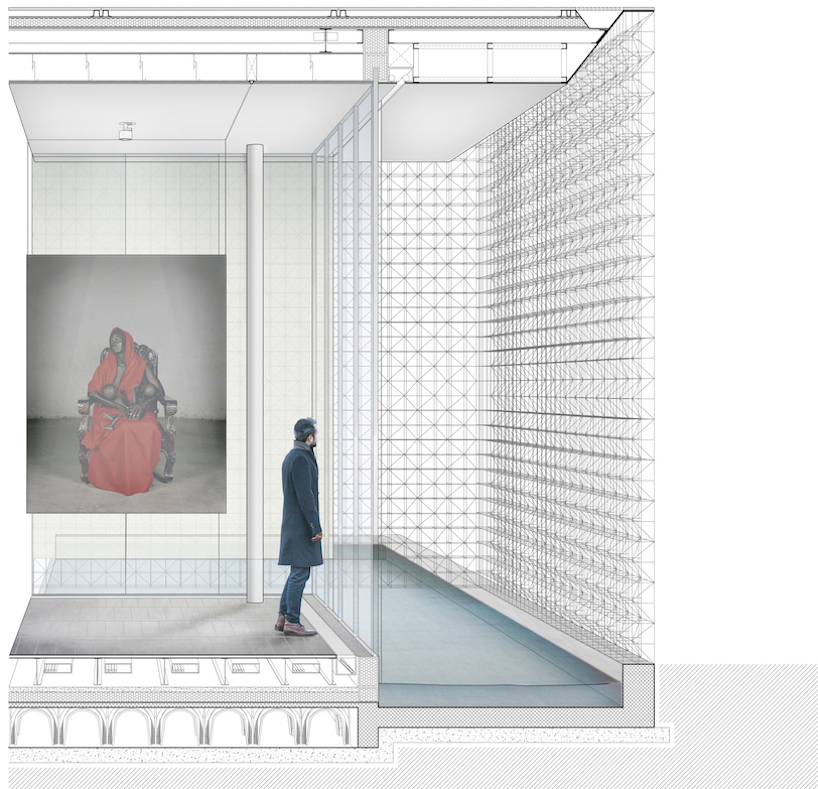 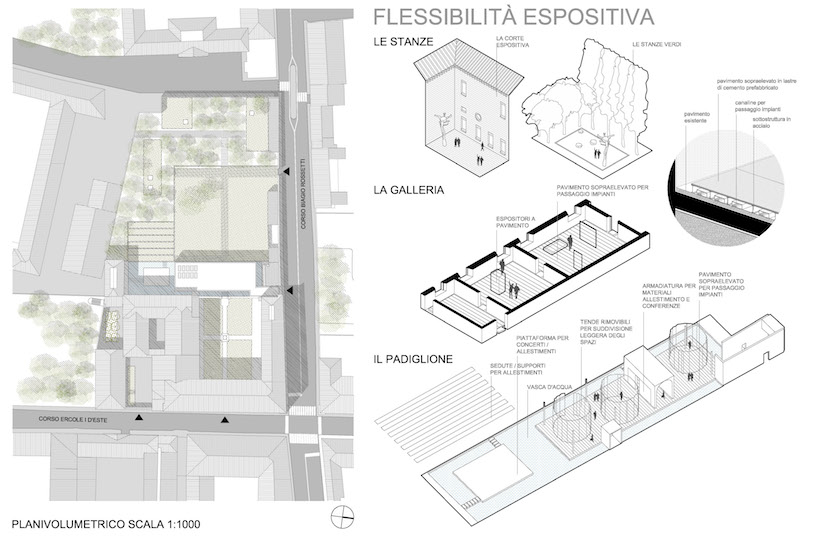 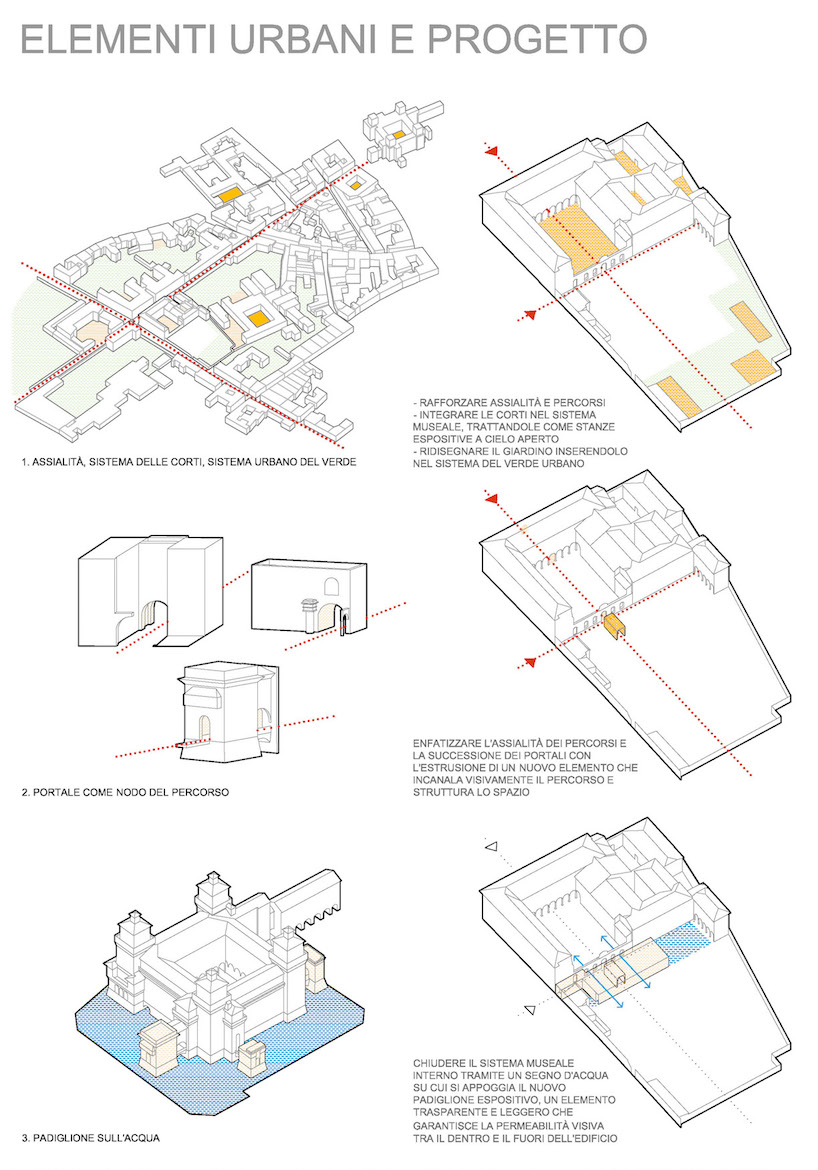 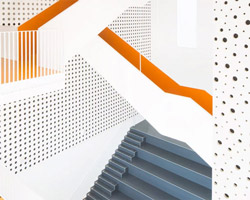 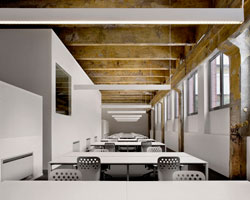 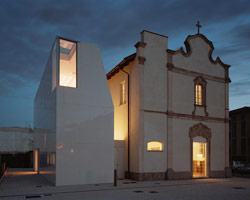