a team of black architects, developers, contractors, and investors is planning to make history with manhattan’s first skyscraper built by african americans and the western hemisphere’s tallest building. designed by david adjaye, the 1,663-foot tower is characterized by a series of stepped cantilevers. if approved, the new skyscraper would be built on ‘site K’, one block from the high line, hudson yards and NYC’s number 7 subway line. 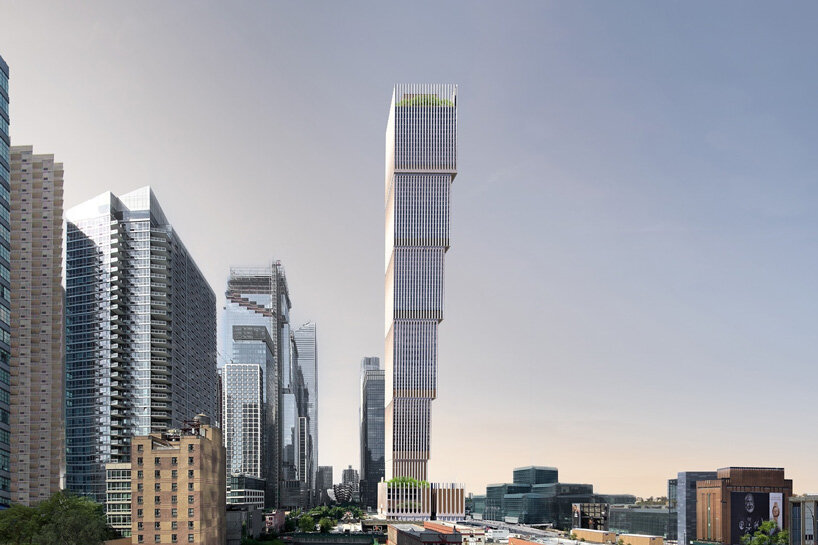 in addition to adjaye, the project team includes real estate firm, the peebles corporation; construction firm, the mckissack group, and exact capital. real estate investor steven charles witkoff, founder of the witkoff group, is also a member of the team.

‘this project is emblematic of true equity in development,’  said don peebles, CEO of the peebles corporation. ‘a symbol for all who visit new york, cementing in brick and mortar that new york is serious about economic inclusion.’

the team made its presentation to the empire state development corporation on thursday, october 14, 2021 in response to the RFP for the 1.2 acre lot, which will not only change new york city’s skyline and landscape, but will be a powerful economic engine for minorities and women with the team’s commitment of 35 percent in contracts to people of color totaling more than a billion dollars. 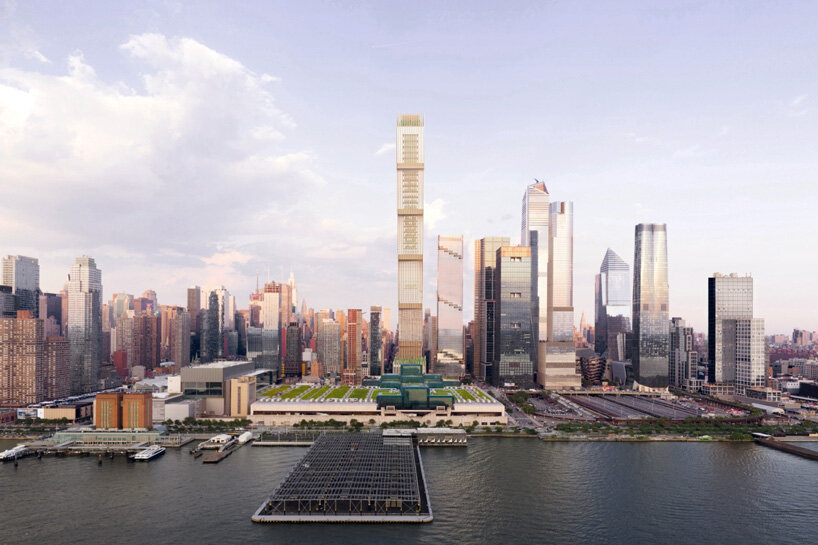 the project will include a 1,663-foot tower, two hotels, an observation deck and skating rink as well as commercial office spaces with the NAACP headquarters.

more than 30,000 new yorkers will be hired over six years including 15,000 permanent jobs, bringing in more than $5 billion in new tax revenue for the city and state over 30 years.

peter ward, former president of new york’s hotel and motel trades, said the project will be a well-needed economic boost not only to the city’s workforce, but also the tourism industry.

‘this project will provide $4.4 billion of new economic output per year, bringing thousands of jobs in the construction, design and development as well as millions of people across the globe who will be excited to see this iconic skyscraper,’  said ward. 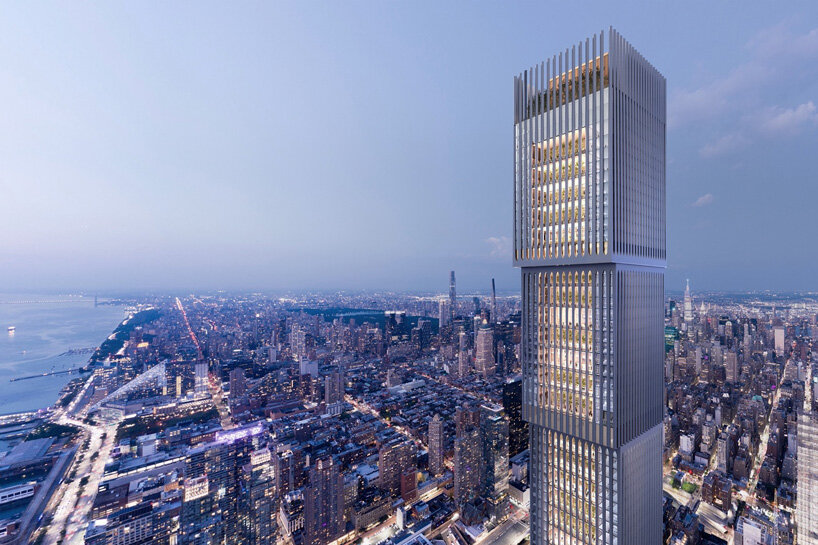 the tower would be the western hemisphere’s tallest building

the project’s inclusive team has not only attracted citywide support from the african-american business and civic communities, but also the black clergy.

‘unfortunately for most of new york’s history, african-americans and people of color have been rendered as mere economic tourists who gaze upward at one of the greatest skylines in the world with the intrinsic knowledge they will never be able to participate in what really makes new york unique,’  said rev. dr. charles curtis, sr., pastor mount olivet baptist church and head of NY interfaith commission for housing equality.

‘the awarding of this project to this team will send a statement across the globe that architects, developers, engineers and financial professionals of color are now full participants in this great miracle of global capitalism called new york city.’ 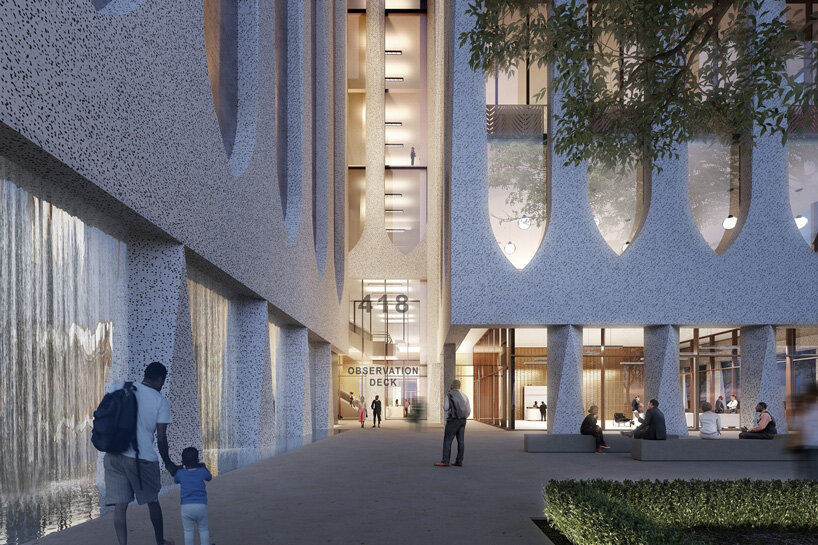 the program includes an observation deck 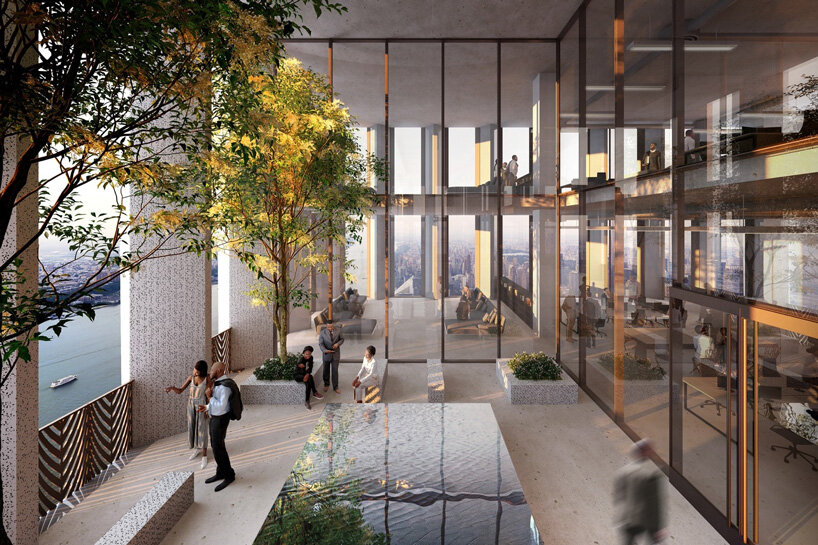 if approved, the new skyscraper would be built one block from the high line and hudson yards 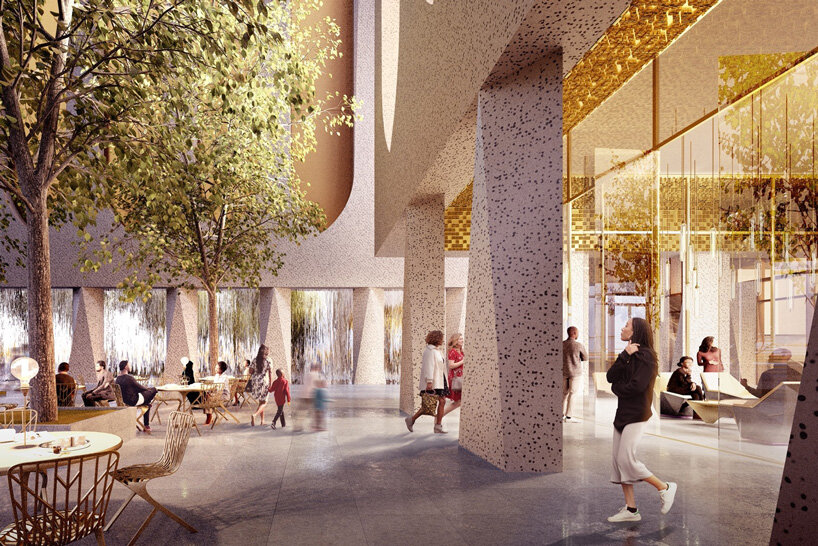 the project will provide 15,000 permanent jobs

location: new york city, the US