british-ghanaian architect david adjaye has received a knighthood for services to architecture as part of queen elizabeth’s biannual honors program. the accolade tops off a memorable 12 months for adjaye who recently completed the biggest project of his career to date — the national museum of african american history & culture in washington DC. adjaye’s firm has also been shortlisted to design a national holocaust memorial in the UK, and is currently working on a major new art museum in latvia. 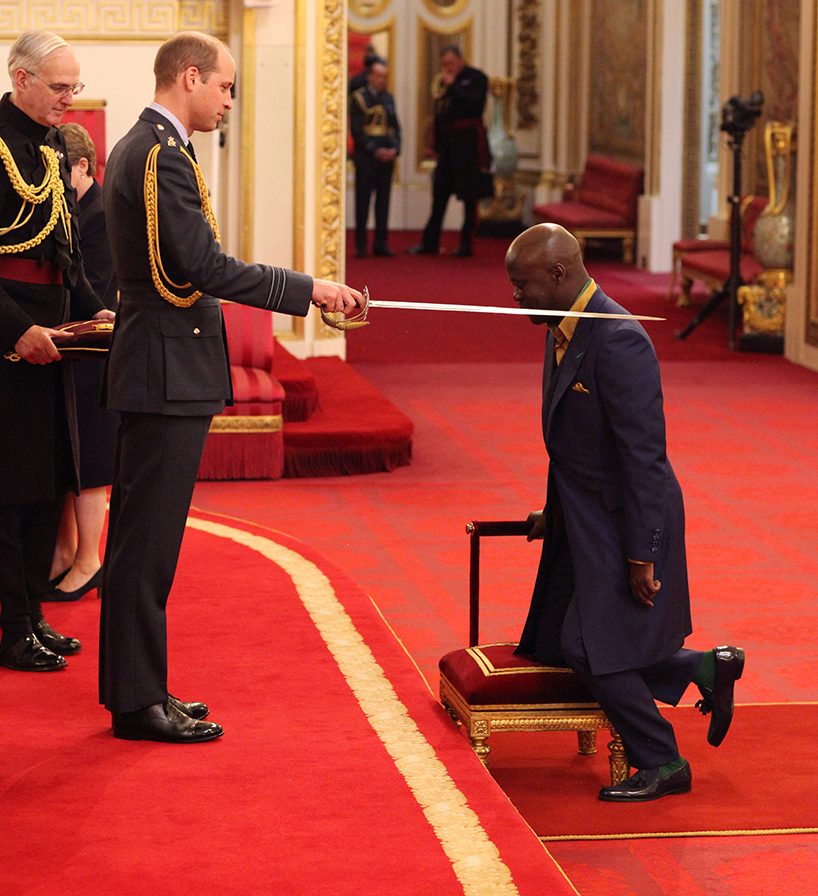 sir david adjaye was knighted by prince william, duke of cambridge at an official ceremony that took place at london’s buckingham palace. ‘I am deeply honored and delighted to have received a knighthood for my contribution to architecture, and absolutely thrilled to be recognized for a role that I consider a pleasure to be able to undertake,’ said adjaye. ‘I would like to thank her majesty the queen for this incredible privilege, which I see as a celebration of the potential architecture has to effect positive social change.’