‘peepSHOW’ is an urban intervention installed along san francisco’s market street during this year’s prototyping festival. the event, which is supported by san francisco public works’ better market street project hosts various installations against a backdrop of one of the city’s wildest, and busiest, urban corridors. 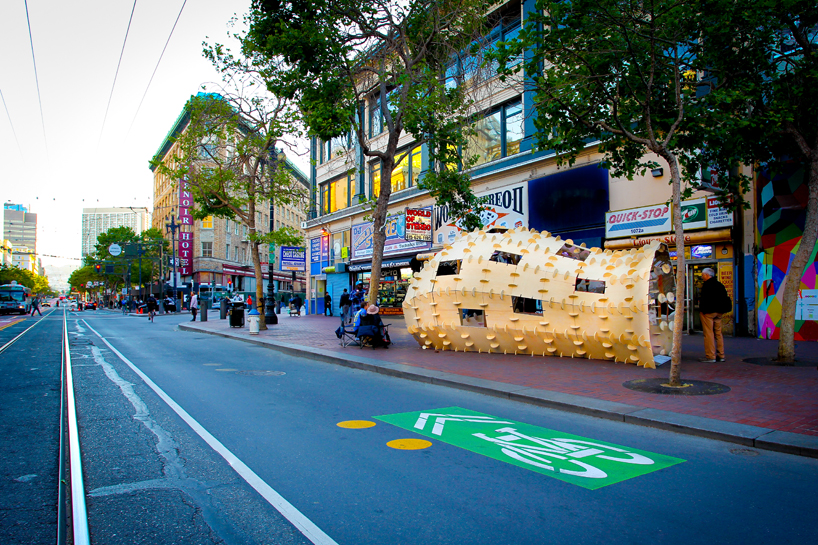 completed by local architecture firm david baker architects, ‘peepSHOW’ is an urban viewing station that focuses the gazes and thoughts of passersby onto obscure or otherwise unnoticed street scenes. the structure builds on the notion of a birding platform or scenic overlook, though instead of the forest, it’s placed within the context of dense cityscape.

the idea is complimented by the street’s rich tradition of theater and strip club voyeurism, as well as the paradoxical influence of tech-money on the storied landscape. 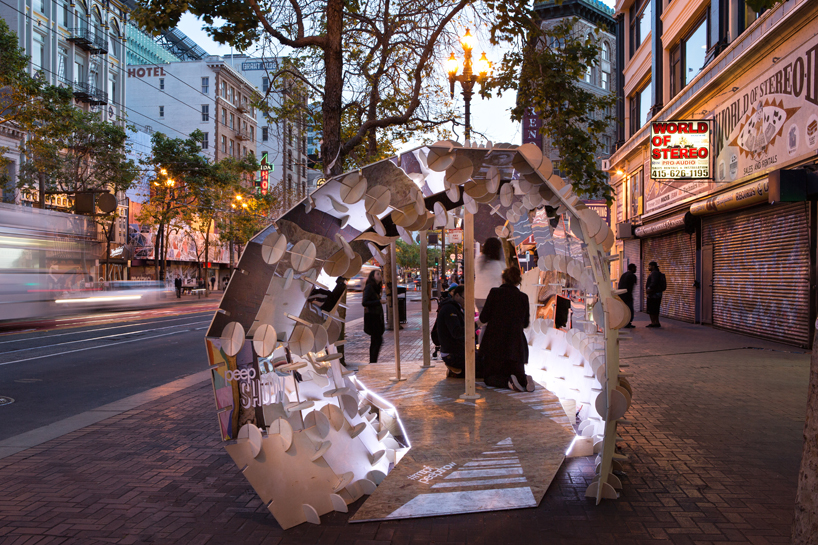 ‘peepSHOW’ takes form as a tunnel, composed of CNC-fabricated plywood sections and reflective surfaces, interlocked with round biscuit joints. the piece was made after several community engagement sessions, materials testing, and a series of mock-ups. it was installed on market street and jones for three days and nights during the 2015 market street prototyping festival. 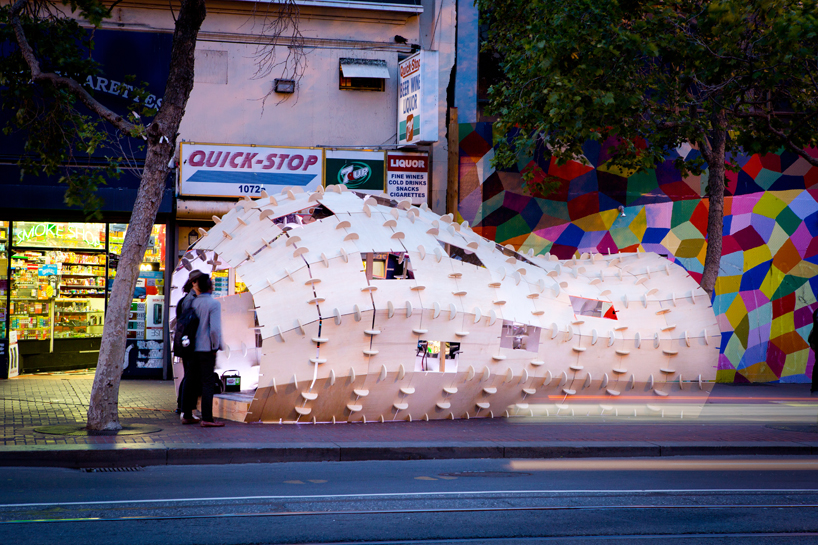 side elevation
image by mariko reed 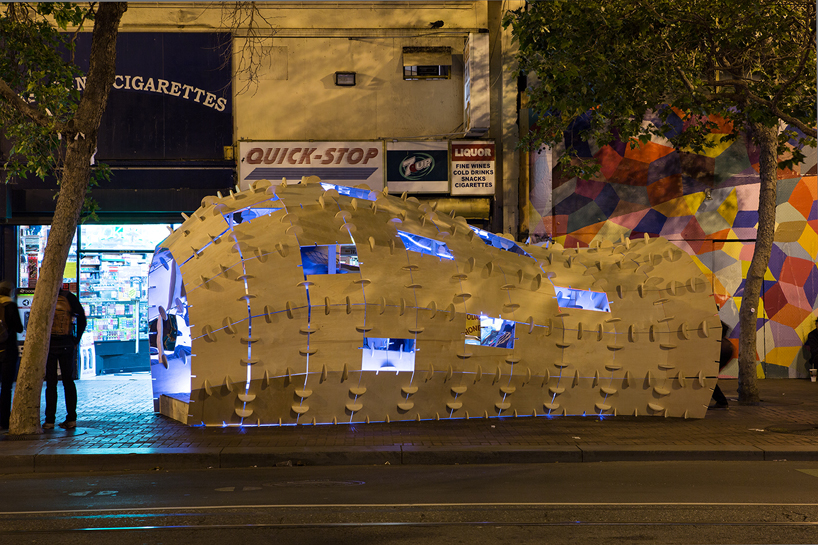 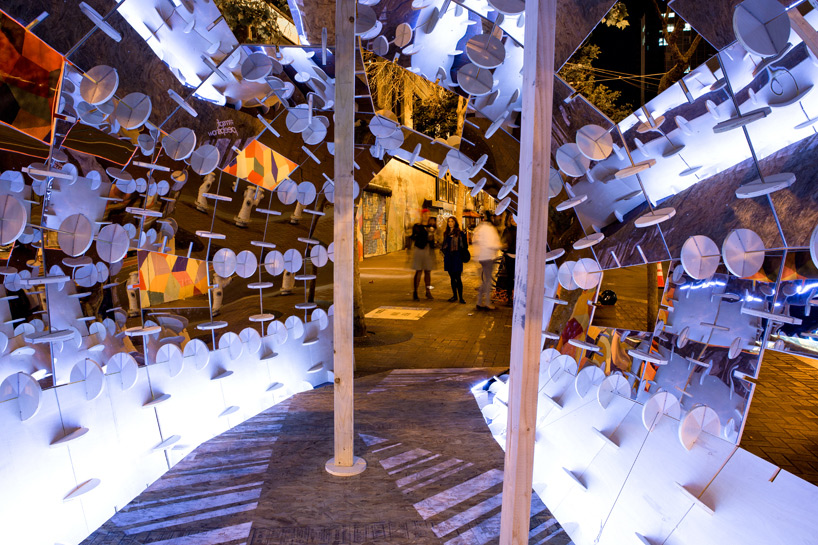 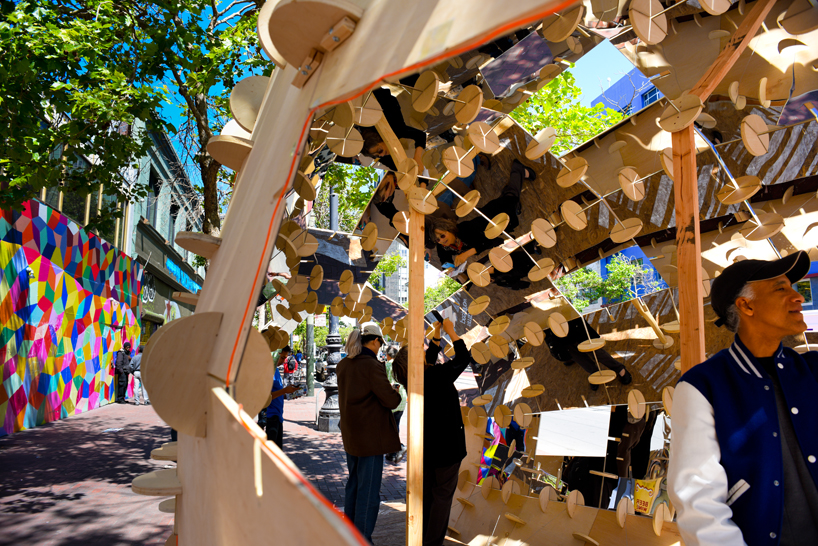 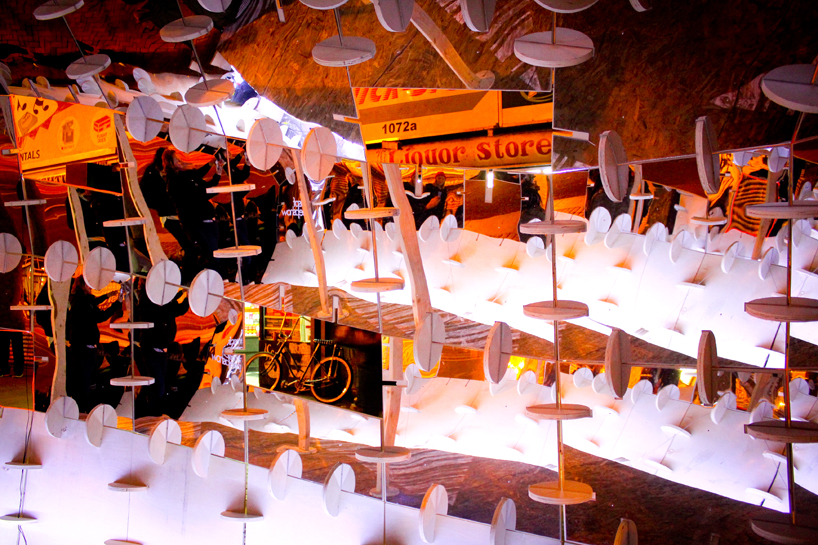 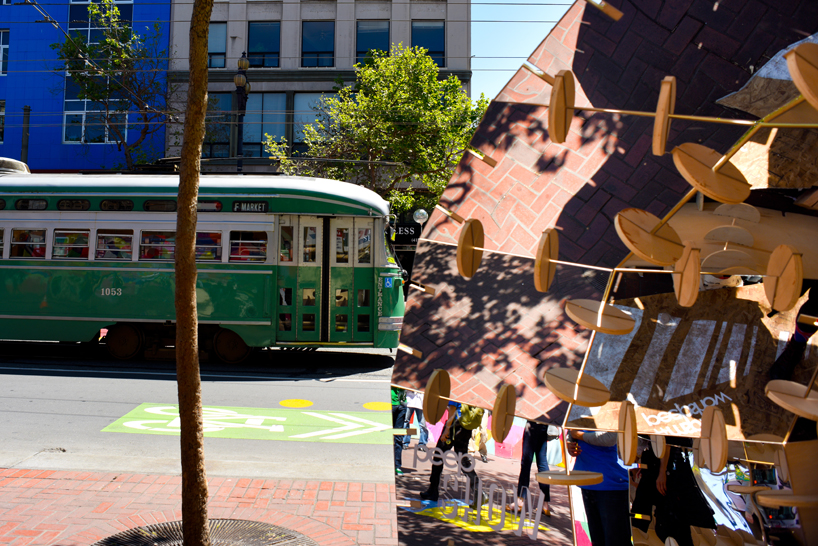 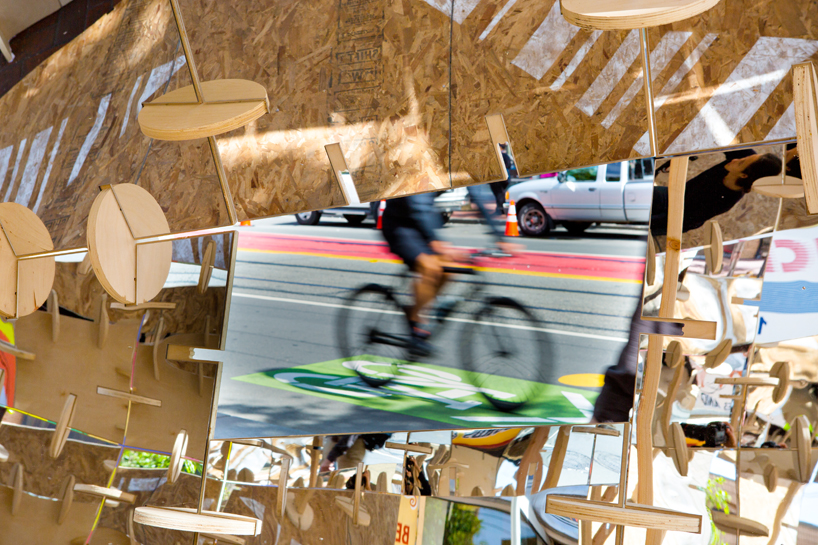 looking through to market street
image by mariko reed 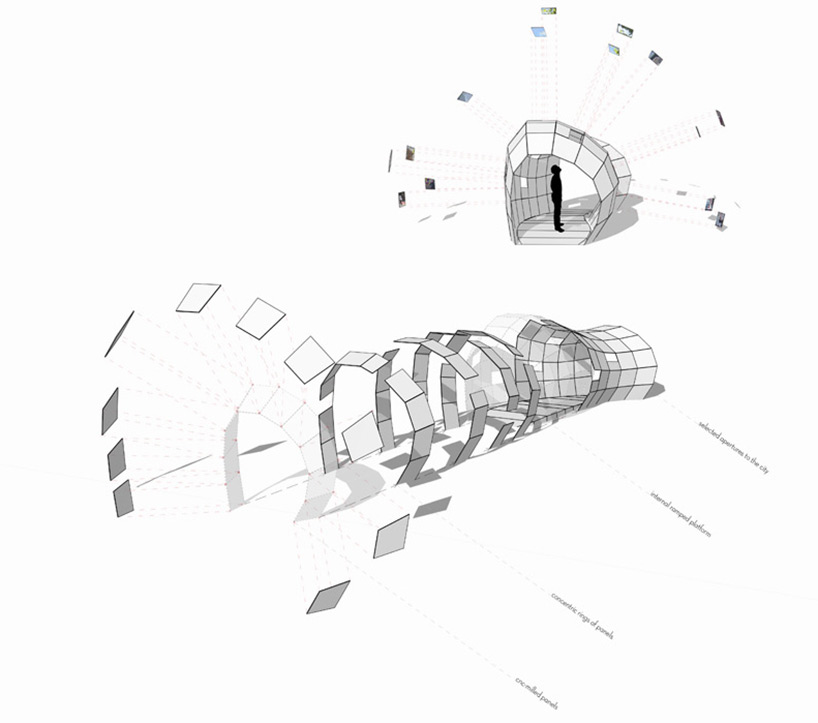