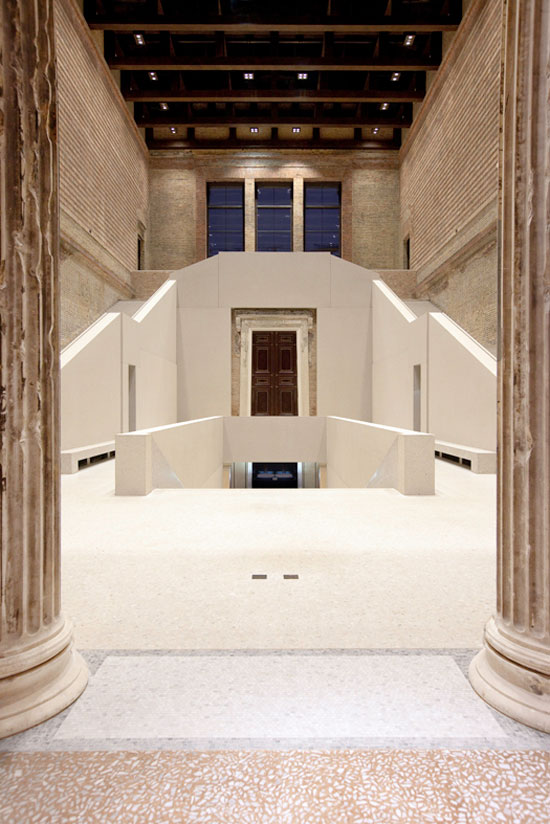 british architect david chipperfield recently held a talk at the triennale design museum, milan discussing his restoration of the ‘neues museum’. the institution, located on berlin’s museum island, was designed by friedrich august stüler and built between 1841 and 1859. extensive bombing during the second world war left the building in ruins, with entire sections missing completely and others severely damaged. few attempts at repair were made after the war, and the structure was left exposed to nature. in 1997, david chipperfield architects – with julian harrap – won the international competition for the rebuilding of the ‘neues museum’. 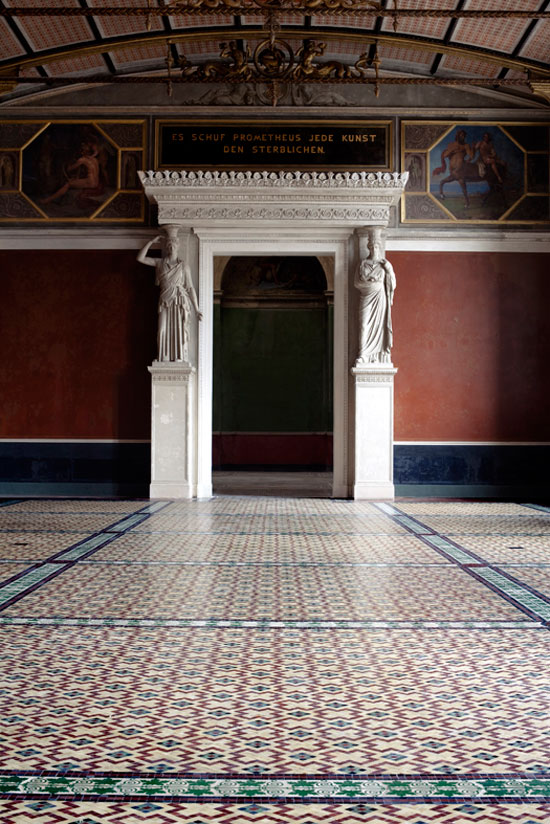 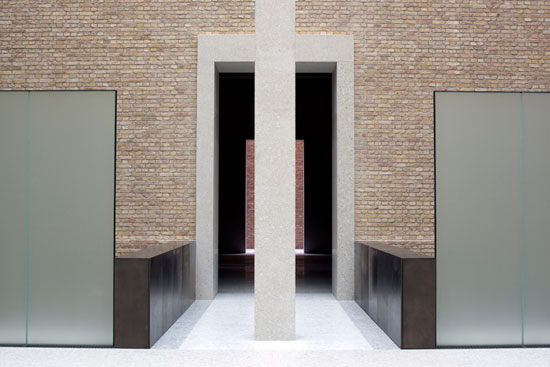 the new exhibition rooms are built of large format pre-fabricated concrete elements consisting of white cement mixed with saxonian marble chips. formed from the same concrete elements, the new main staircase repeats the original without replicating it, and sits within a majestic hall that is preserved only as a brick volume, devoid of its original ornamentation. other new volumes – the northwest wing, with the egyptian court and the apollo risalit, the apse in the greek courtyard, and the south dome – are built of recycled handmade bricks, complementing the preserved sections. with the reinstatement and completion of the mostly preserved colonnade at the eastern and southern side of the ‘neues museum’, the pre-war urban situation is re-established to the east. a new building, the james simon gallery, will be constructed between the neues museum and the spree, echoing the urban situation of the site pre-1938. 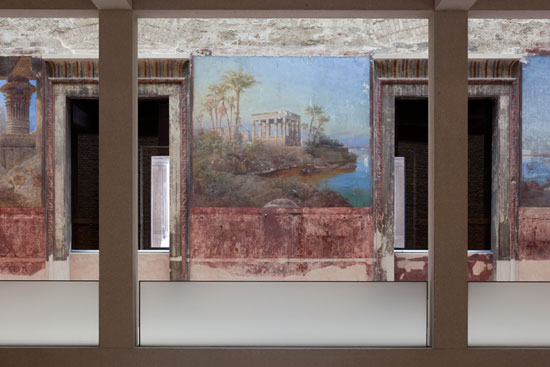 in october 2009, after more than 60 years in ruin, the neues museum will reopen to the public as the third restored building on museum island, exhibiting the collections of the egyptian museum and the museum of pre- and early history. in the interim period, vitrines, pedestals and plinths designed by michele de lucchi will be installed. 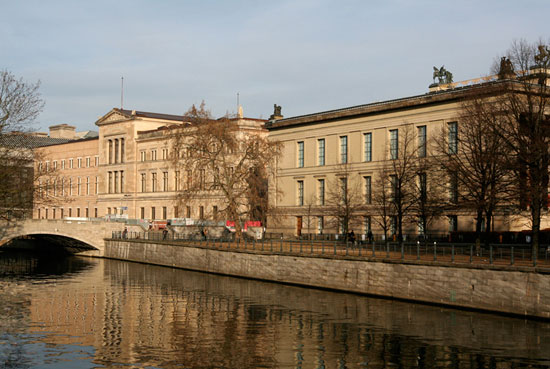 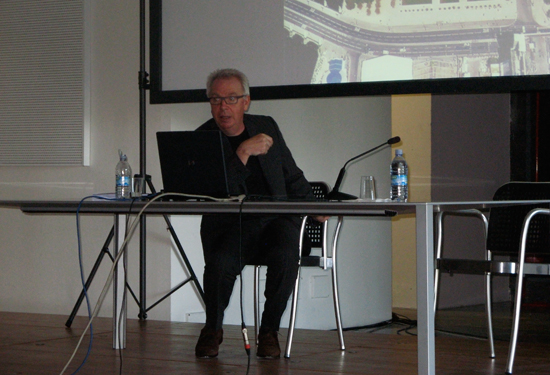 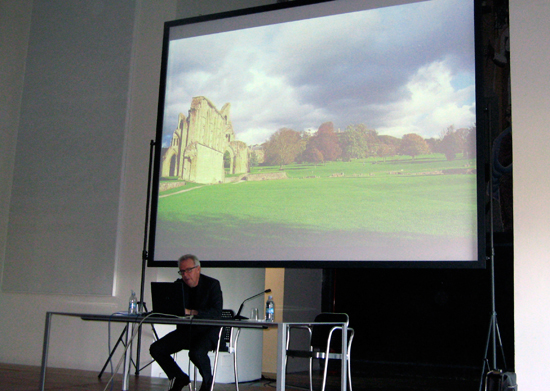