following the establishment of international trading relations in the nineteenth century, shanghai emerged as a commercial and cultural centre of east asia, becoming home to a large number of european commercial offices and consulates. the influence of european building approaches, combined with asian elements, is prevalent in the metropolitan chinese city’s art deco style, particularly notable in the establishments along the bund, shanghai’s boulevard on the west bank of the huangpu river. today, an ensemble of historic buildings, now called the rockbund project, reflect the diversity of the colonial architecture, forming the northern part of the bund.

a team of international architects has been invited to restore the existing buildings of this area. along with planning new ones, they will help revitalize the ‘rockbund project’ (that began in 2006), which will eventually accommodate complexes, hotels, retail spaces and apartments.

british architect david chipperfield has been commissioned with the restoration and conversion of eleven of these buildings: royal asiatic society (R.A.S.) building (1932), national industrial bank 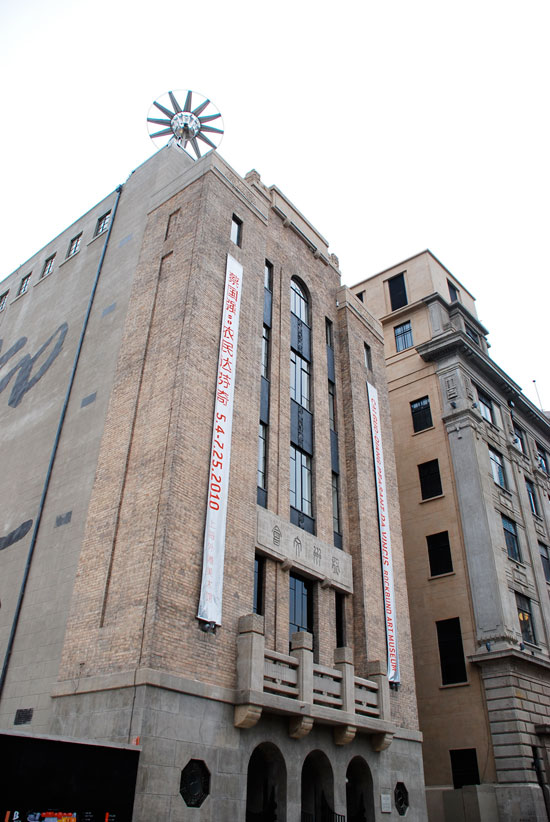 the aim of chipperfield’s restoration concept is to present the aged buildings with dignity and style. all façades will be carefully cleaned and repaired without destroying their original fabric. subsequent conversions will be removed and buildings returned as close to their original state as possible. existing structures within the roof area of some buildings will be expanded in reaction to contemporary changes in usage.

the extensions to the national industrial bank (N.I.B) and the royal asiatic society (R.A.S.) buildings are visible from the bund’s museum square, the inner courtyard located in the south-west area of the block. the new façades have been rendered using ‘shanghai plaster’ of the same quality that is used on the adjoining buildings. the former R.A.S. building, which once housed china’s first public museum, now houses the rockbund art museum – a museum of contemporary art. 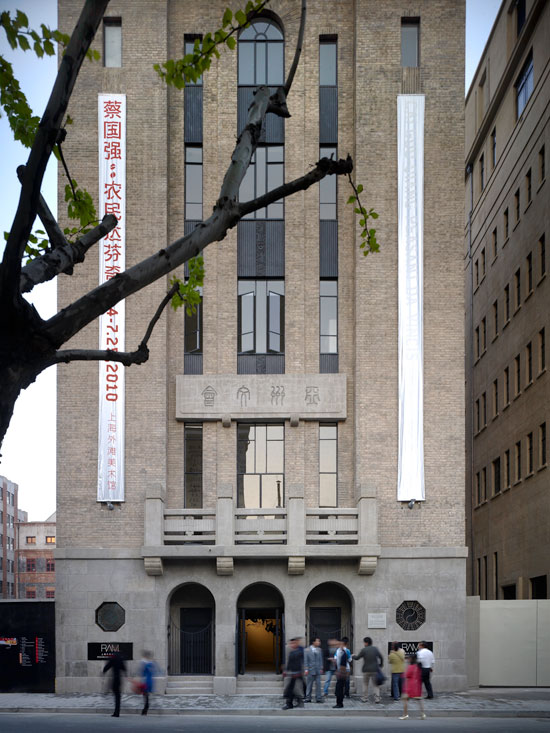 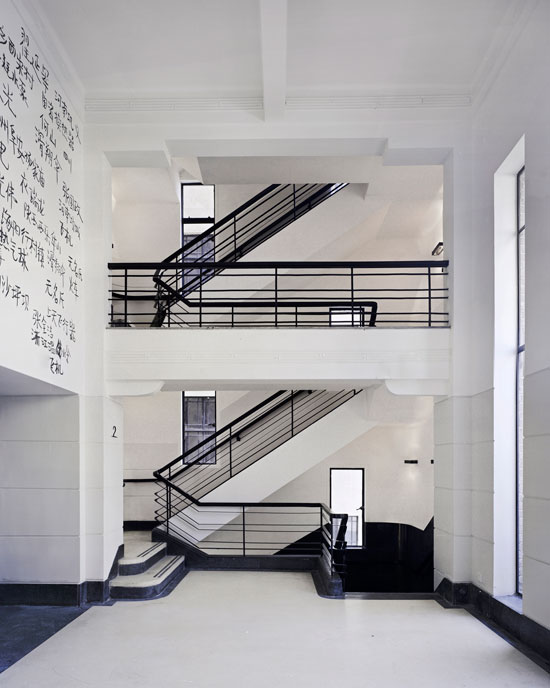 inside the rockbund art museum’s art deco style building, chipperfield’s newly created areas enable a range of different presentation concepts and the volumes of the upper floors have been spatially linked through the development of a new atrium.

most recently, after 7 months of restoration and construction work, the rockbund art museum, shanghai opened to public may 4th, with an inaugural exhibition of work by chinese artist cai guo-qiang, which designboom visited. cai guo-qiang’s ‘peasant da vincis’ will be on show until august 8th, 2010. 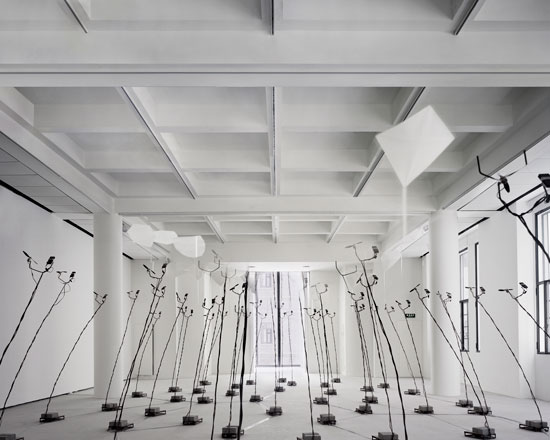 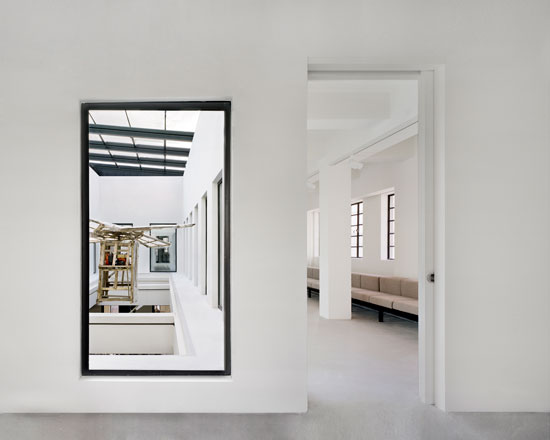 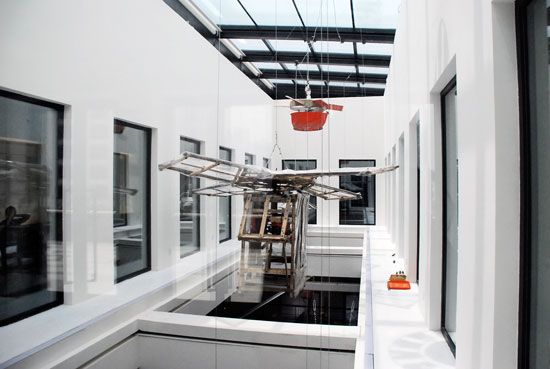 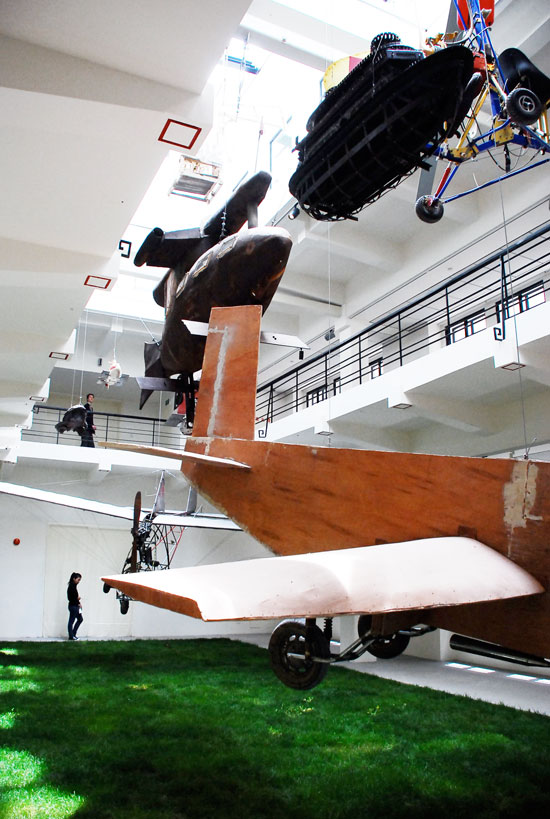 the expansion of the andres & george building to create the rockbund 6 sector will see its historic fabric being combined with contemporary architecture. the listed three-storey façade of the existing building that marks the southern edge of the planning area will be renovated,

with eleven storeys added in the form of a stacked construction. the whole rockbund project will be accomplished with the completion of rockbund 6 in 2013. the remainder of the restoration works on the façades of the historic buildings will be finished by the end of 2010. 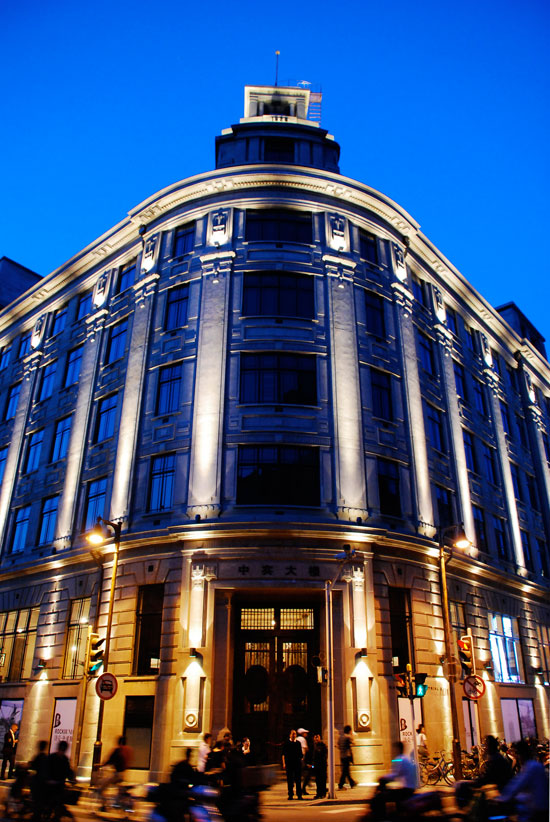