david chipperfield architects has been awarded third prize in the international competition for the redevelopment of the ‘mystetsyj arsenal’ located in the heart of kiev, ukraine. over the next few years a new cultural center in the immediate vicinity of the UNESCO world heritage site of ‘pechersk lavra’ monastery will arise. the former military site will be transformed to create a center that will include a museum of contemporary art, a concert hall, a cinema complex, a hotel and an administrative building.

simple structures were chosen for the design in response to the smaller and more delicate buildings and squares in the adjacent monastery complex. marking the entrance to the complex will be the museum and concert hall which are positioned as free standing buildings, surrounded by exisiting walls of the arsenal. 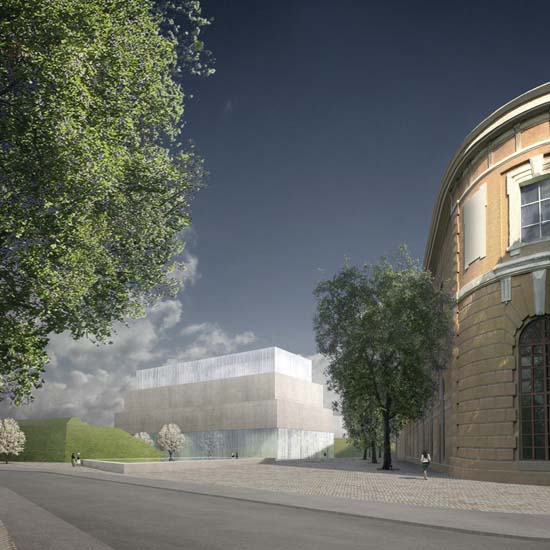 Oct 20, 2021
explore bottega veneta's immersive, green MAZE installation in seoul
with its super-saturated green and its metallic and soft materials, the MAZE is at once playful and foreboding.
architecture
0 shares
connections: +2000