stockholm’s local authorities have approved david chipperfield’s modified plans for the nobel center, which will be built along the city’s central waterfront. the project will now move forward, with the aim of starting construction on the future home of the nobel prize in 2017. the entirely new structure will build its public activities around exhibitions, school programs, meetings and lectures about the award’s combination of subject areas — natural sciences, literature and peace. based on the nobel prize-winning contributions and stories of the laureates, the center will examine history as well as issues pertinent to the present day. 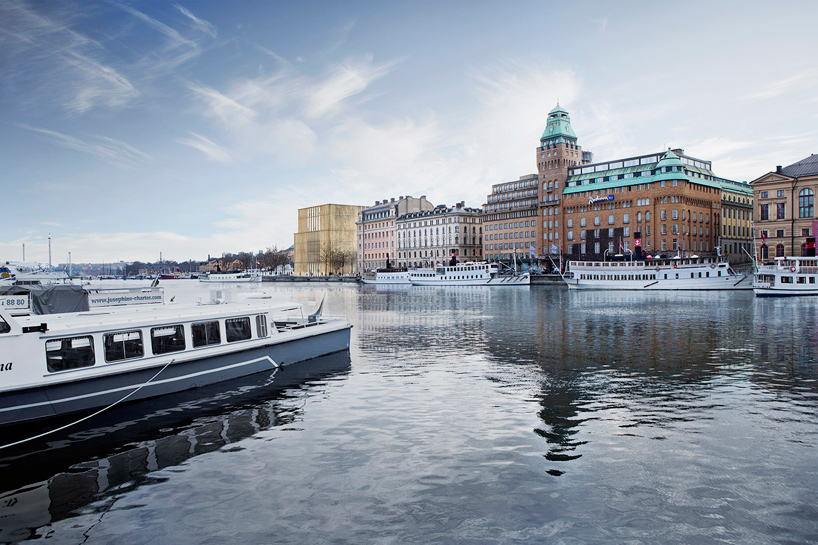 the structure will be built along the city’s central waterfront

david chipperfield architects was selected as the winners of the project’s architectural competition in april 2014. the firm later modified its original design in september 2015 to better integrate it with its urban context. while the scheme’s fundamental concept remained the same, the complex’s size was significantly reduced, with a clearer division into a base, middle and top floor that related to the site’s neighboring structures. further modifications included the incorporation of more public space, with the creation of a south-facing terrace on the top floor, and an attractive plaza positioned to the north of the building. 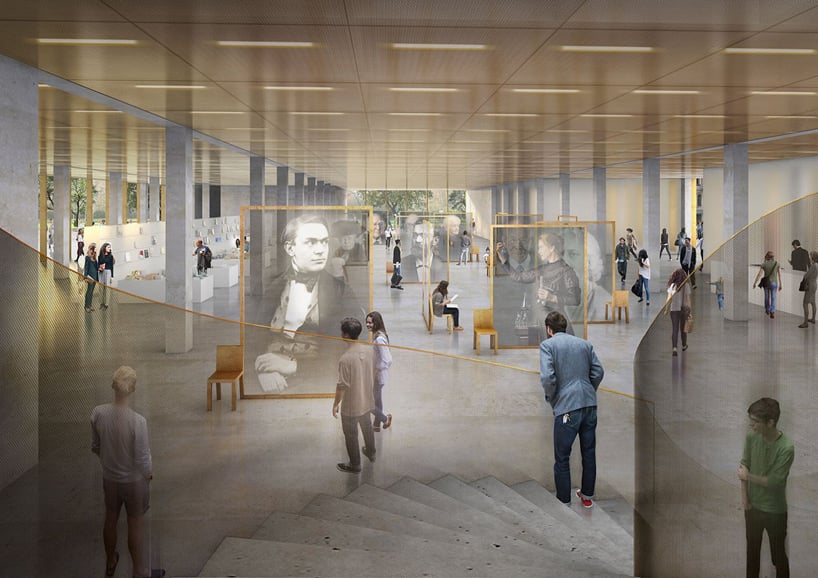 exhibition space within the scheme

‘we are pleased with this resounding yes from the political leaders in stockholm,’ says lars heikensten, executive director of the nobel foundation. ‘I am convinced that the building in itself and the activities that will take place there will be highly appreciated. likewise, the area around the nobel center – with well-equipped quays and walkways – will make the site more accessible than it is today for stockholm residents.’ 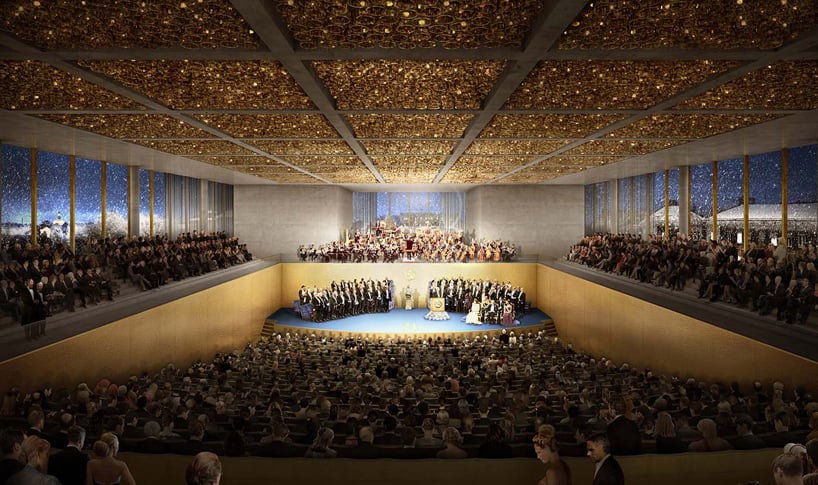 the auditorium is suitable for future award ceremonies

‘the public nature of the building – with its unique exhibitions, extensive activities for school children as well as meeting and lecture programs – will be an asset for all of stockholm and sweden,’ adds carl-henrik heldin, chairman of the nobel foundation. ‘the scientific program will also help attract researchers and nobel laureates from all over the world to visit stockholm in order to discuss the major issues of our era.’

a targeted completion date for the nobel center has been set for 2019. 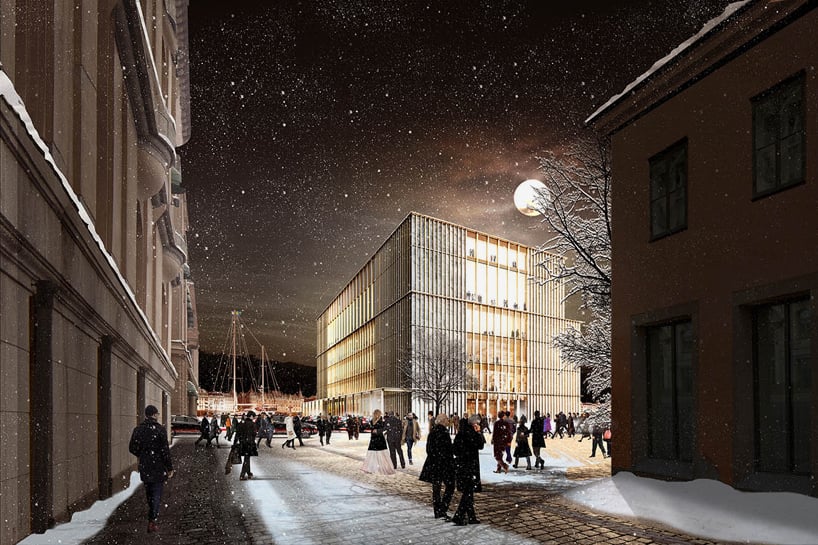