david chipperfield has won the bid to build the ‘nobel center’ along stockholm’s central waterfront, beating out a slew of other international firms for the project. the headquarters will invite people into the noble prize’s world of natural sciences, humanities and peace efforts, becoming a meeting place for curiosity and creativity.

‘nobelhuset’ will be a free-standing solitaire sitting next to a public garden, with an auditorium on the top floor reflecting the virtues of the nobel institution. from the initial announcement of the shortlisted winners, david chipperfield’s proposal was further developed with particular focus on key themes: building volume, urban setting, garden, open ground floor, internal organization auditorium, form and expression, in collaboration with chris felger. 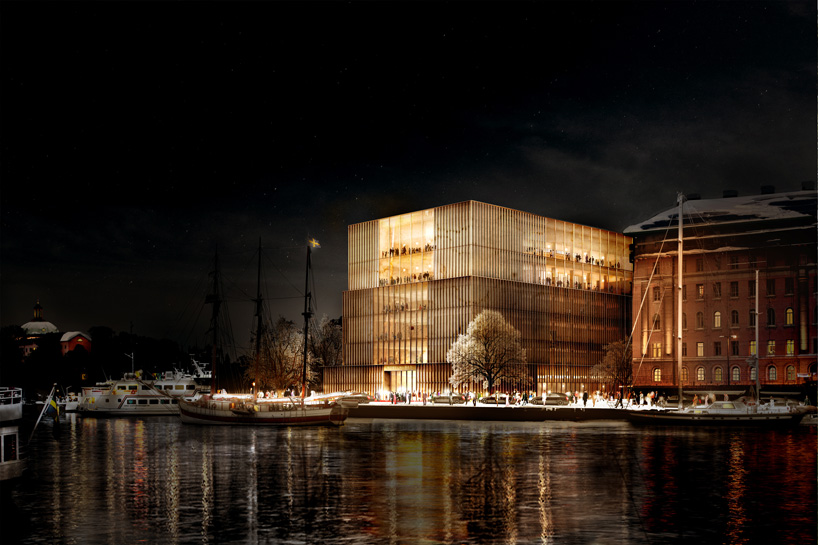 according to the statement of the jury, the proposed building has:

‘an elegant, timeless and attractive external appearance, which according to the jury can symbolize nobel-related activities in a persuasive way. at the same time, it has a lightness and openness that are appealing. the building also features a good, clear floor structure that can allow future changes and a beautiful nobel auditorium. the slim shape and moderate footprint of the building create good opportunities for pleasant outdoor settings on all sides of the building. this will please not only visitors to the nobel center, but also those who find their way to blasieholmen to visit the nationalmuseum or to stroll through this attractive urban space.’ 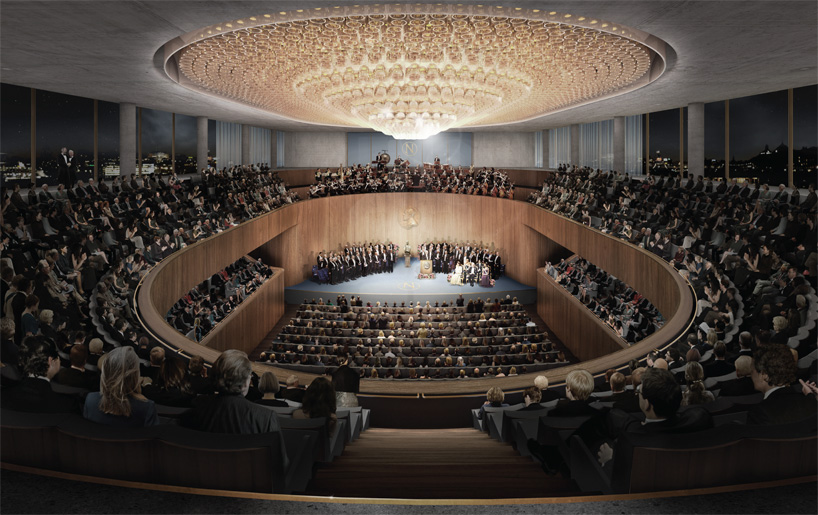 the uppermost level is where the nobel auditorium is housed which is a ‘grand space’ that features large panoramic windows for maximizing daylight and offering visitors dramatic views over the city. 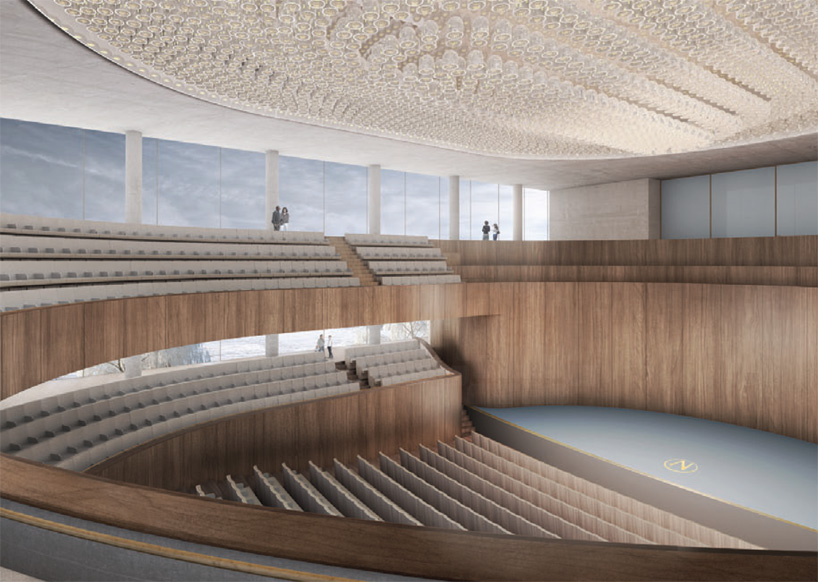 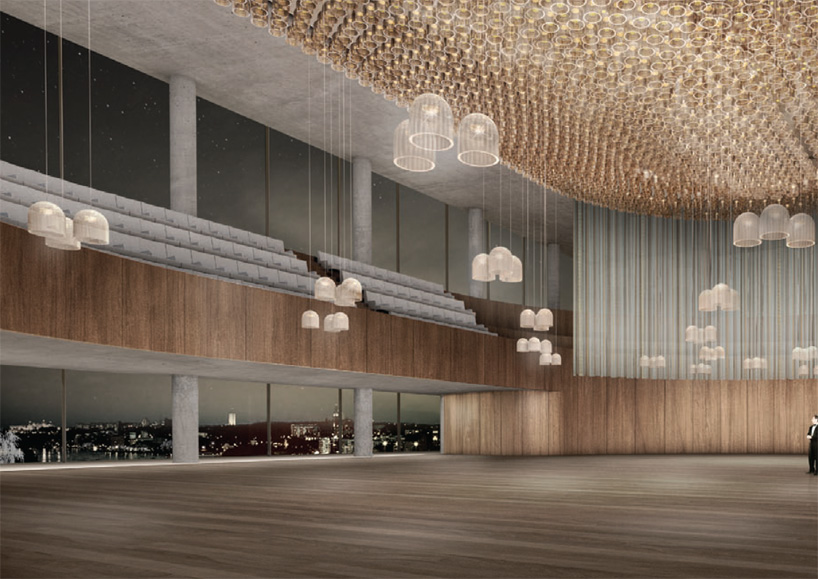 the auditorium in banquet mode 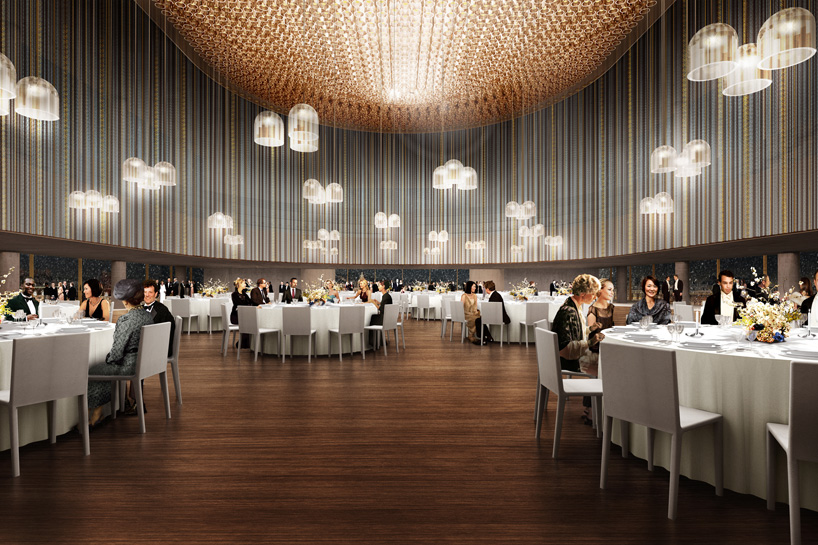 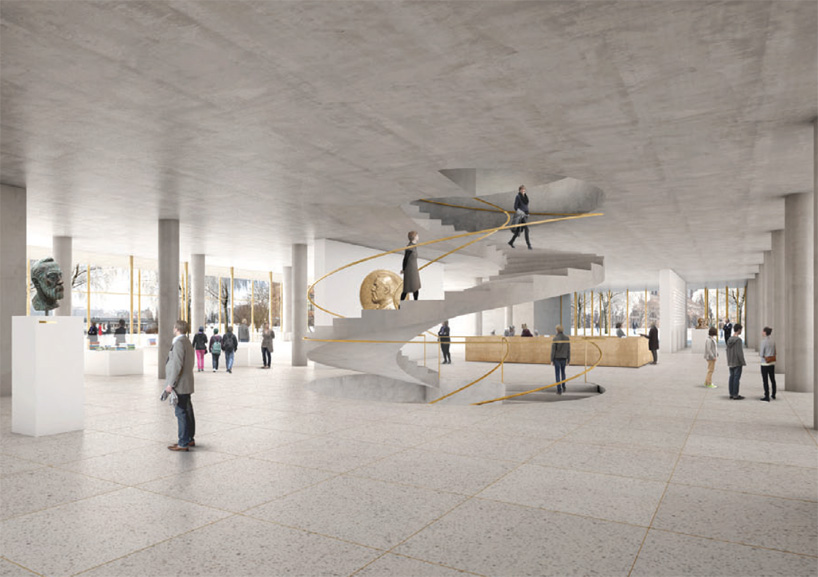 view of the open ground floor 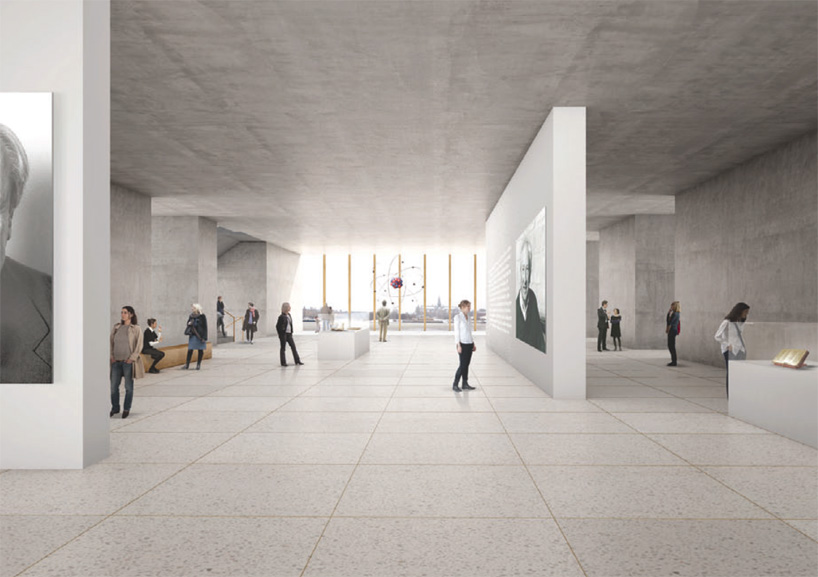 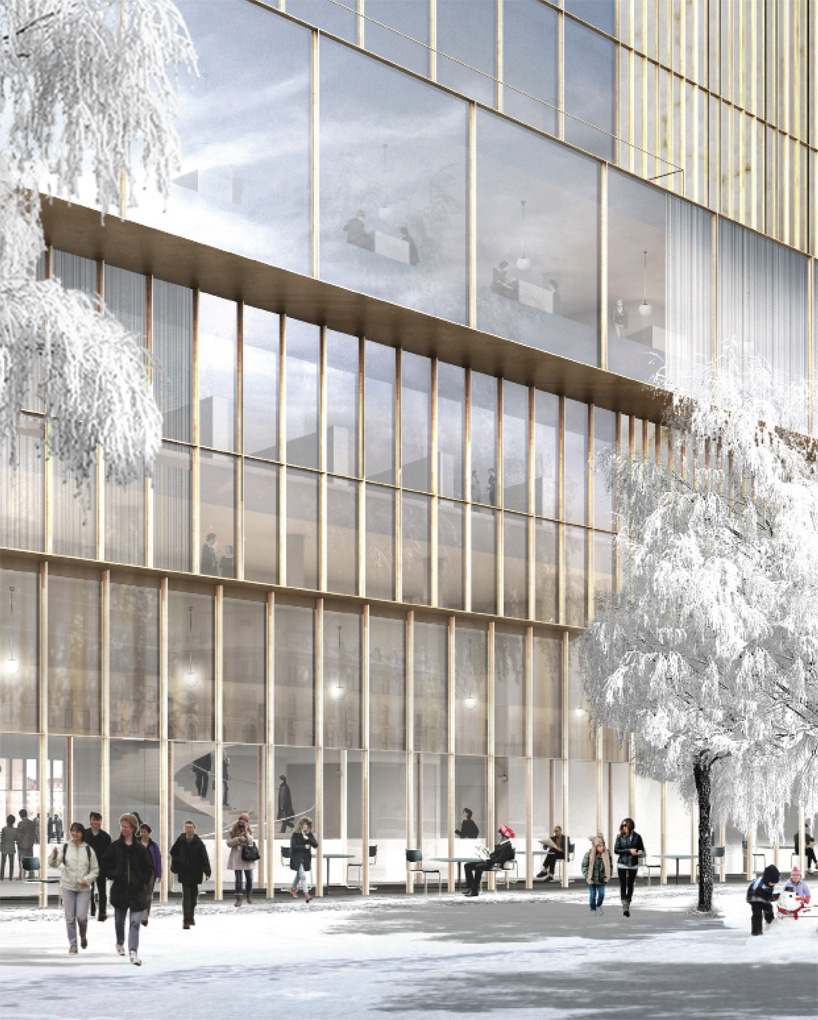 the nobel center sits adjacent to a large public garden along the southern side of the site, positioned on a soft undulating topography towards the nearby quay which follows a more natural flow of form upon one’s approach to the building. 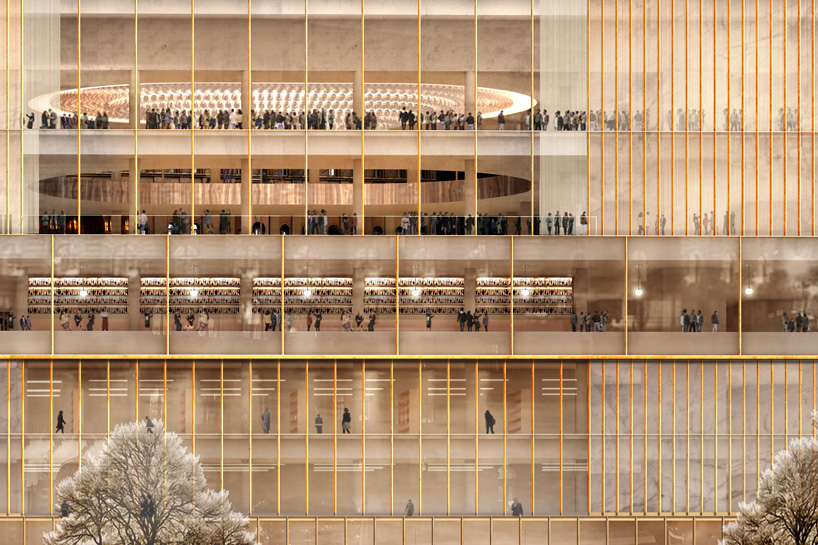 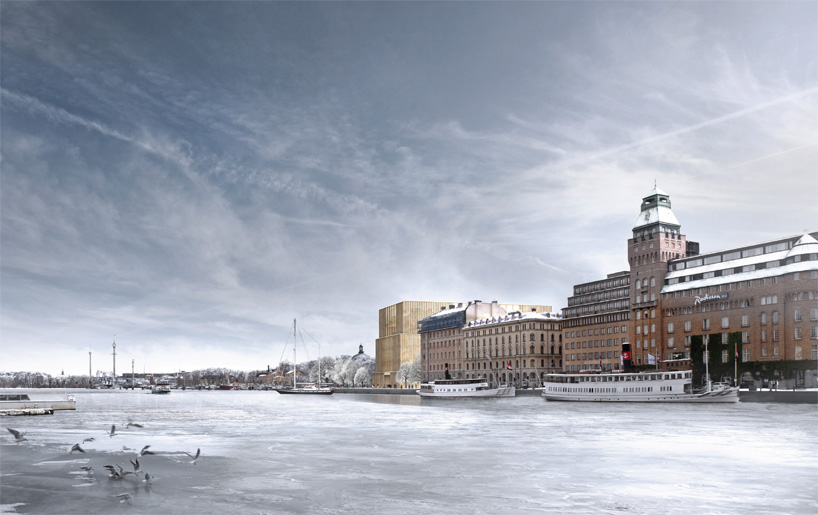 the firm aim to begun construction is in 2015, with doors to the new noble center opening in december 2018. 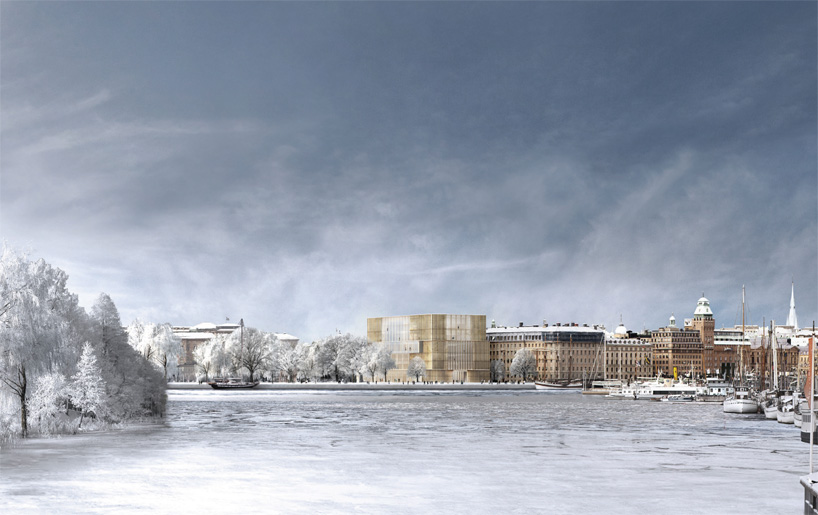 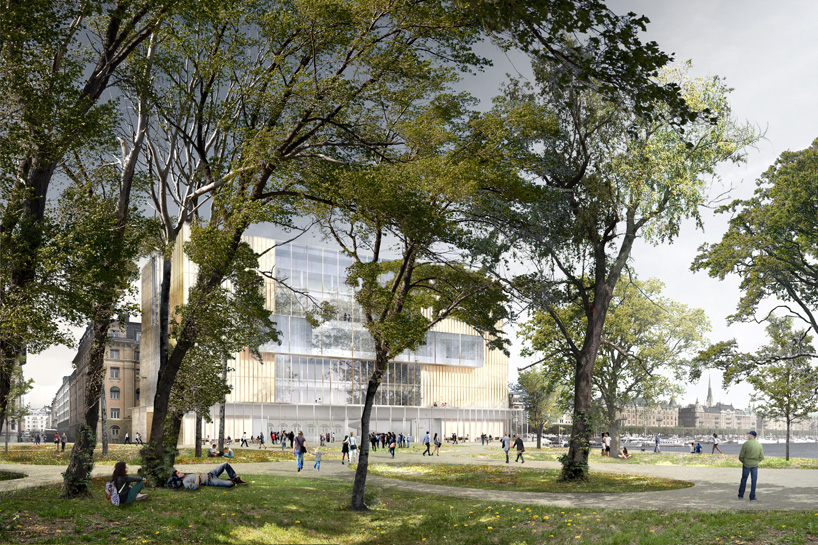