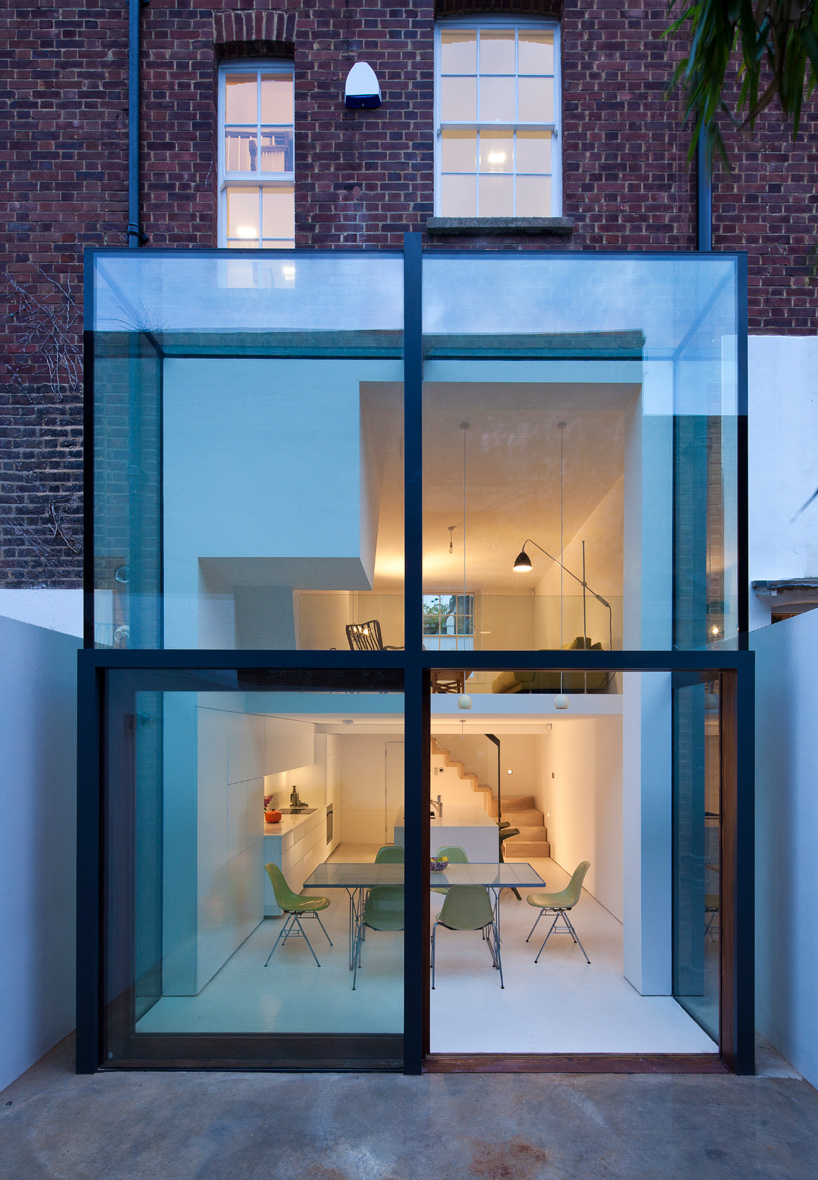 the clients of the old victorian house had wanted a new space that would connect them to the courtyard garden outside. through the structural double-glazing facade, the lower level dining space is visually extended into the outdoor area. to offset the underground atmosphere, a section of the upper level was removed to create a slim double-height space which benefits from natural daylighting. the resulting mezzanine level which accommodates a small living area also receives abundant sunlight from the garden. 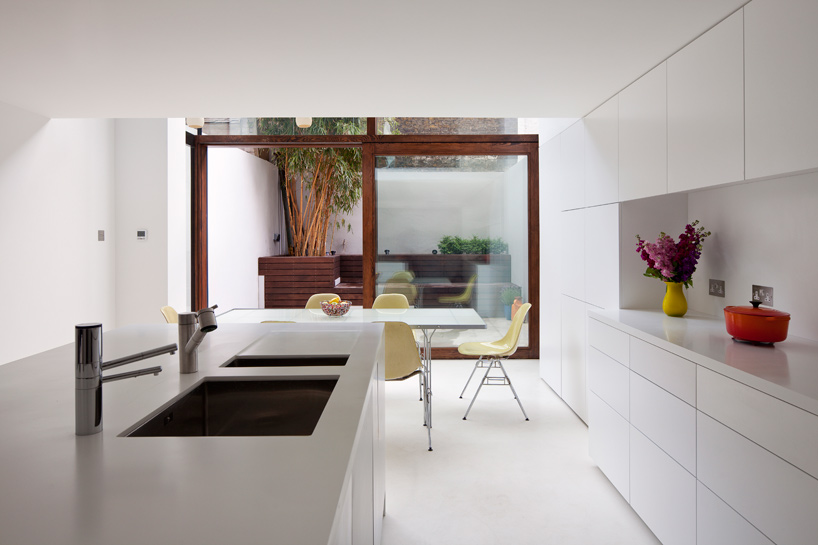 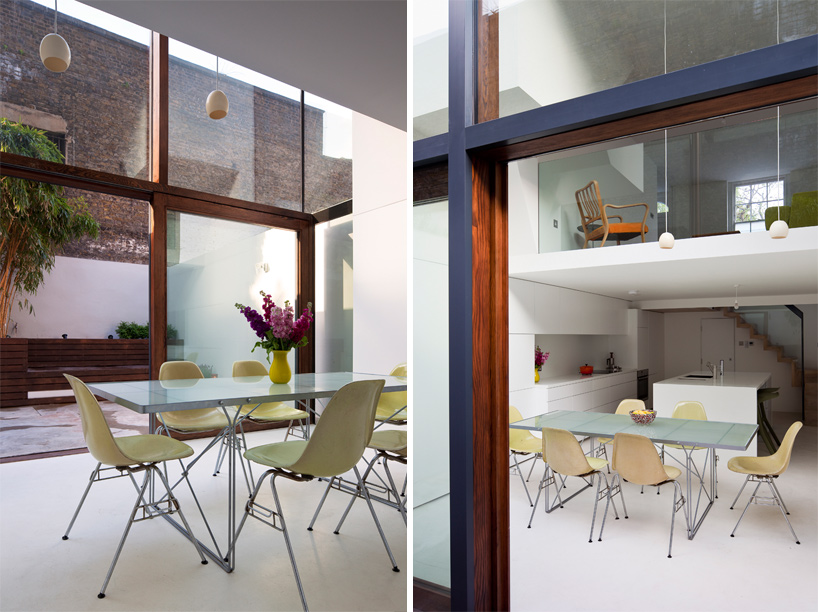 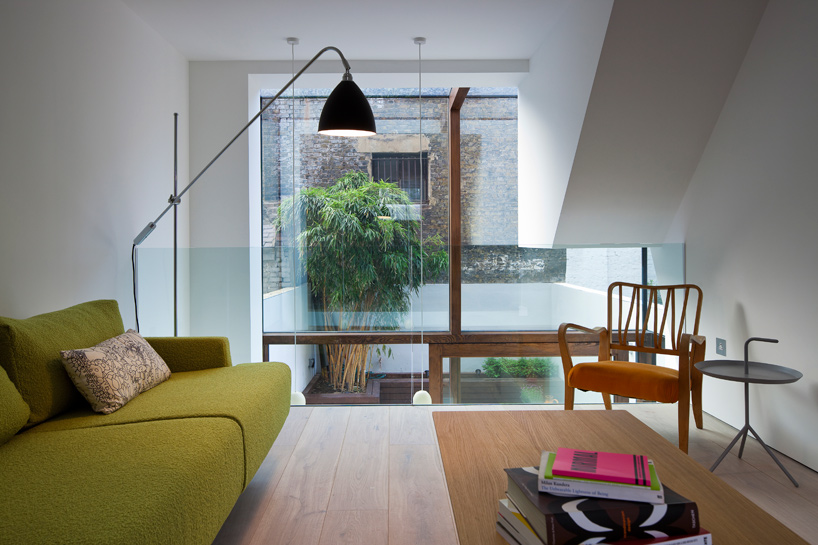 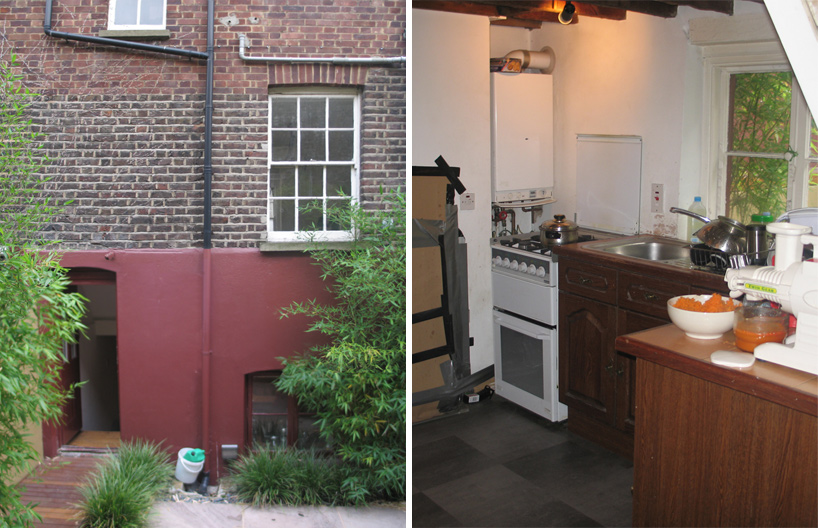 rear entrance and kitchen before extension