DBALP — the architecture firm led by duangrit bunnag — has been selected to design a major new terminal building at bangkok’s suvarnabhumi airport. the scheme references thailand’s lush, vegetation-filled landscapes with a design that immerses passengers within a ‘forest’ environment. between the airport’s passenger and commercial buildings, the design team plans to construct a tropical setting that features a cascading waterfall.

however, the design has proved to be somewhat controversial with some commenters noting apparent similarities with a project by japanese architect kengo kuma. duangrit bunnag has denied these claims, telling the standard, (via the bangkok post): ‘I didn’t copy anyone else’s work. those who follow my work will know that I created a similar image in my previous designs, such as for a hotel in sri lanka.’

the design itself comprises two modular structures, that measure 36×36 meters and 18×18 meters respectively. supported by distinctive wooden columns that appear as giant trees, these enclosures cover a total of 348,000 square meters. meanwhile, the indoor forest, which spans 16,132 square meters, is designed to be a ‘live demonstration of how human beings could inherit the natural tropical ecological system’.

to realize the project, DBALP is working in collaboration with japanese firm nikken sekkei, as well as six other companies. plans for the new suvarnabhumi international passenger terminal were approved by the airport of thailand (AOT) board of directors, with tender documents now being drawn up.

the entrance to the terminal building 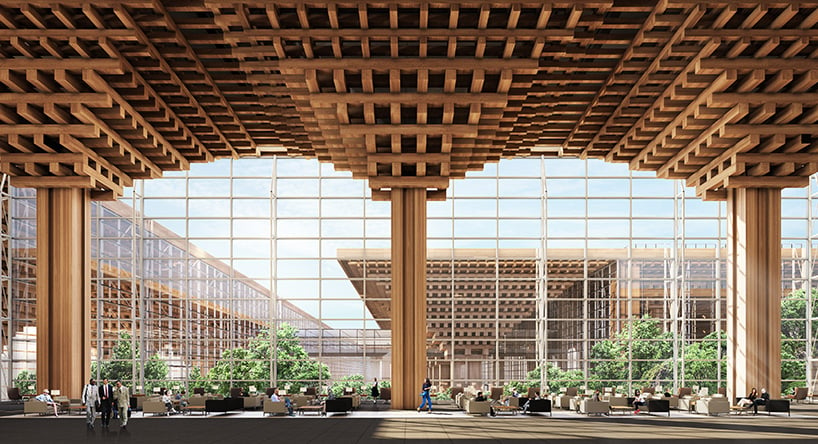 vegetation is found throughout the scheme 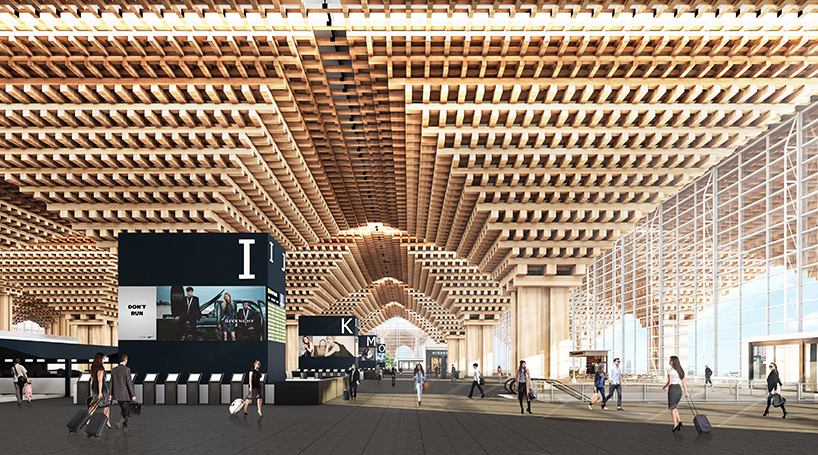 the scheme is defined by its dramatic columns

an aerial view of the site 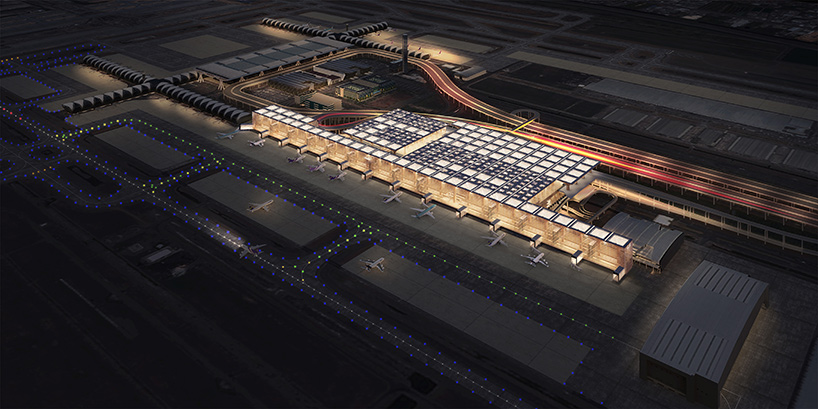 the terminal building illuminated at night 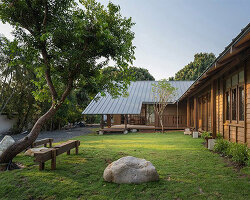 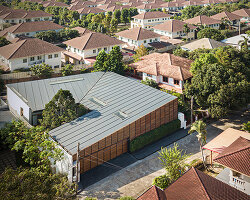 May 20, 2022
junsekino organizes C-shaped residence in bangkok around a lush, central courtyard 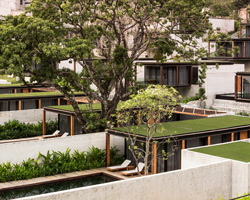