rising 250 meters into the viennese sky, ‘DC tower 1’ has opened its doors to the public, forming a bold and distinctive landmark for the austrian capital. designed by renowned french architect dominique perrault, the structure features an elegant cascading façade that reflects the neighbouring danube river both literally and metaphorically. part of the larger ‘donau city’ development, the edifice is to be joined by the 44-storey ‘DC tower 2’, also to be completed by dominique perrault architecture. the skyscraper stands as austria’s tallest building; a soaring mixed-use complex that establishes a vertical city perpendicular to the historic center. 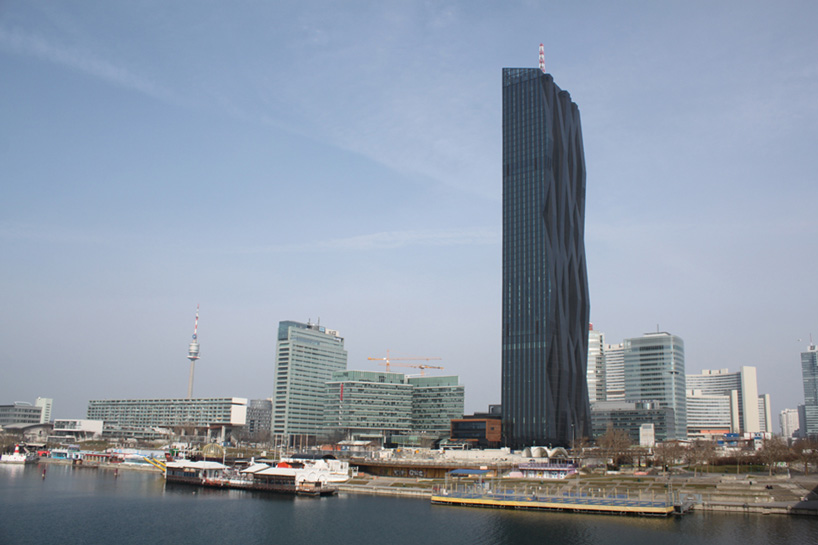 part of the larger ‘donau city’ development, the skyscraper is to be joined by a second 44-storey tower
image © designboom

across its 60 storeys, the building houses the offices of numerous international businesses, a 253-room hotel, premier dining facilities and a fitness suite. at the uppermost level of the complex, the ’57 restaurant & lounge’ offers 360-degree panoramic views across the city below.

captivated by the plot’s potential, designs for the tower were originally floated by perrault in 2002 after an international competition was held for the project. the brief called for a diverse mixed-use program designed to facilitate a vibrant and active occupation of the site. 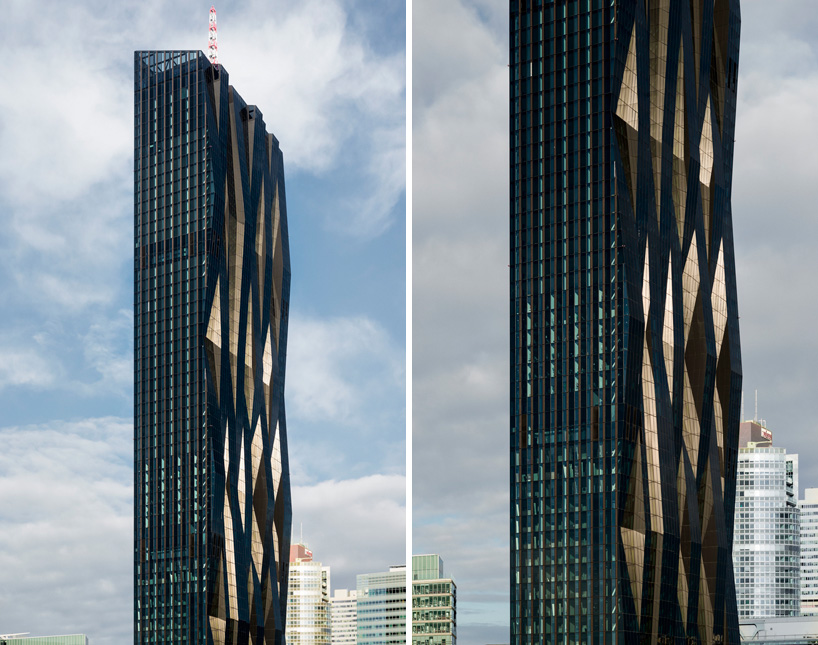 despite its majestic height, the tower grows organically out of the ground with roots that connect the verticality of the design with its horizontal base. on the river bank façade, the public space rises through a sequence of staggered steps ensuring a universally accessible spatial interface. on the other three elevations, metallic umbrellas hover at the foot of the building, tempering the sharp junction between the tower and its plinth. 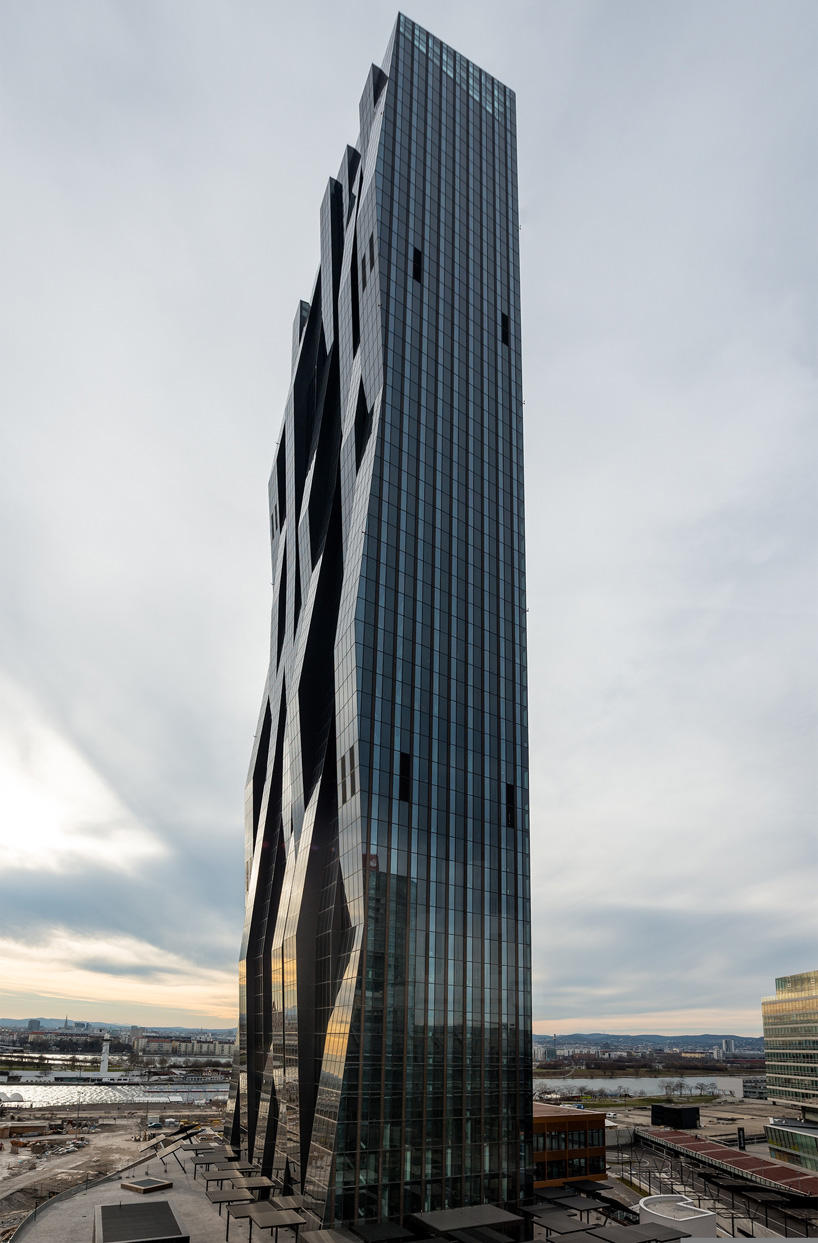 working with associate designer gaëlle lauriot-prévost, internal spaces are both substantial and physical. alongside the stone and metal used in the tower’s lobbies and circulation routes, the exposed structure continues a sense of transparency and openness which pervades the building.

‘DC tower 1’ is envisioned as a landmark structure, a multi-purpose design which demonstrates the role that high-rise architecture can play in producing liveable, vibrant and dynamic cityscapes. 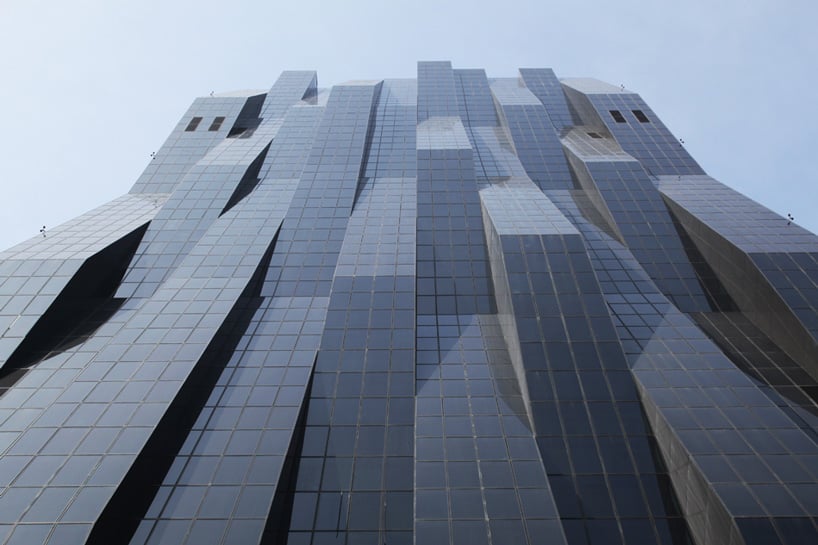 perrault spoke with designboom about the challenge of connecting the horizontal city with the vertical city at a large scale.

‘for me it’s a very strong point, because I think it is not acceptable to get this very brutal relationship between the vertical facade and the flat surface of the artificial terrace. with this topography we have some solutions: the topography is artificial close to the tower, but more natural along the river. my idea is not fantastic topography, it is very primitive and very direct, with some platforms and some other kind of levels, but step by step with different components we can arrive at the bottom of the tower. the tower is like a tree with roots. okay, the tree is very nice, with lifts, but it is very interesting if you can feel the roots.’

‘this kind of scale is my scale. I have developed some huge projects, in france, germany, spain and asia. the first approach is about the urban design, I won the competition with urban design strategy, and after I developed this the building appeared. the first step is landscape, the second is urban strategy with context, and the third stage is a building. with these kind of steps, everything is possible, the scale is not the question.’ 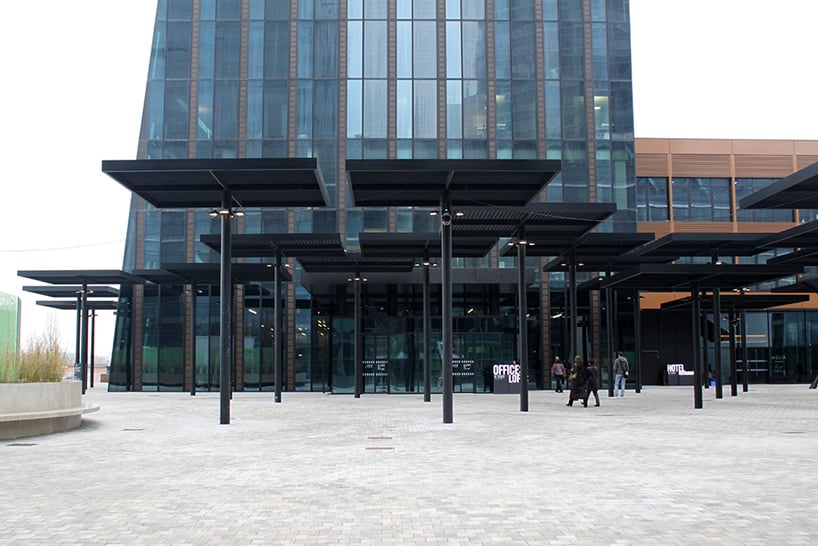 also attending the building’s inauguration was rudy giuliani. designboom asked the former mayor of new york, who is also a keen amateur photographer, about how tall buildings like ‘DC tower 1’ can contribute towards a vibrant and liveable city.

‘I think they define the urban fabric. a great city has enormous numbers of people who come into it, you need grand, big buildings to accommodate a population like that. you need it because it produces an enormous number of jobs, just think of the number of people that were employed building this building, and then just think of the number of people employed at maintaining this building – at all levels of the economy. those are things big cities need, the more of them you have, probably the more vibrant your economy is.’

‘they are also beautiful to watch, when you fly into a city aren’t you always impressed by the beautiful buildings you see? or when you’re driving to a city and you’re far away and you begin to see the skyline, the more impressive it is, the better you feel about it. I believe these buildings define cities to the outside world. to get to know a city you have to live in it, you have to be part of it. before you get to know a city, what it looks like, to a very large extent, defines it. these buildings are enormously important in defining a great world city.’ 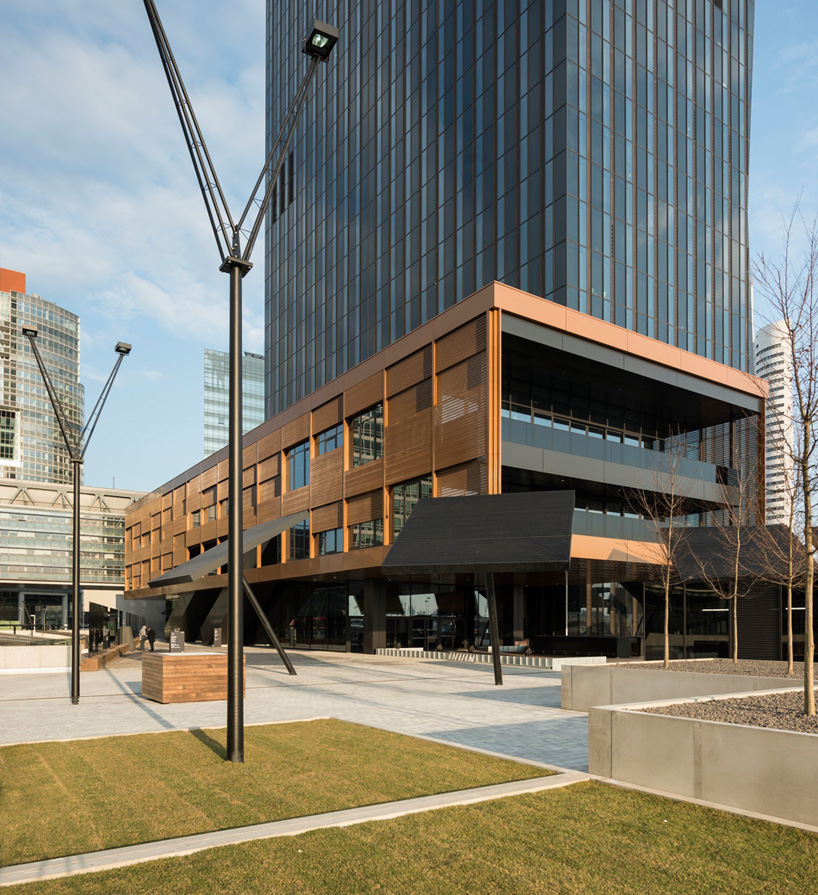 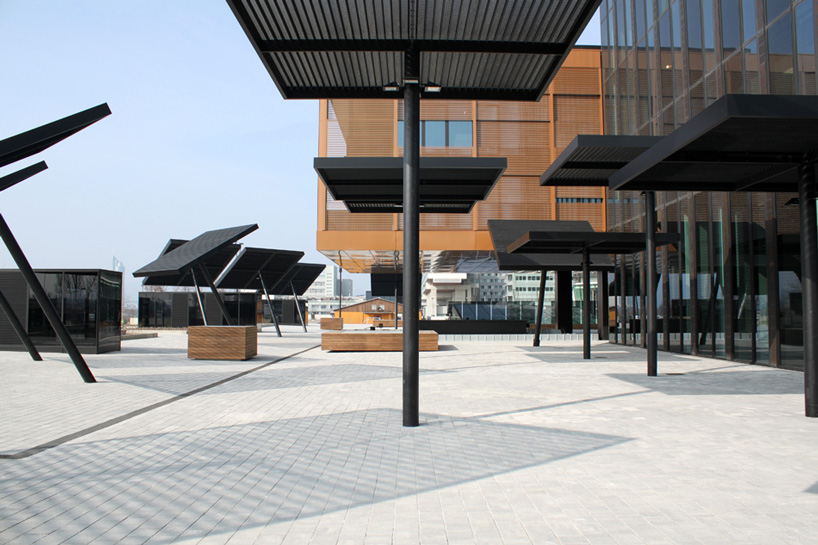 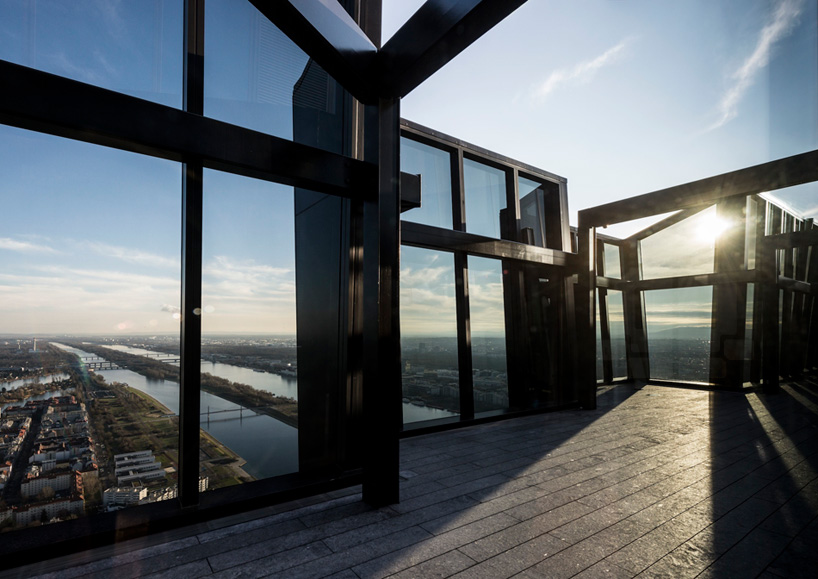 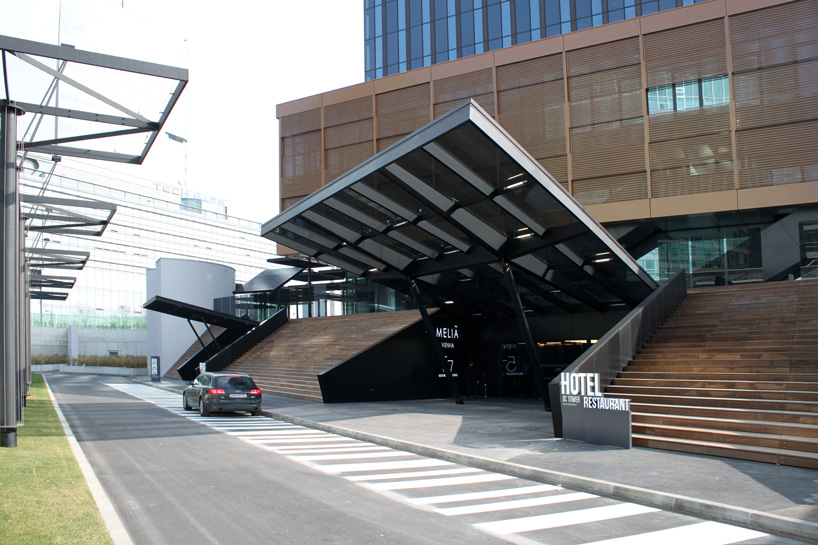 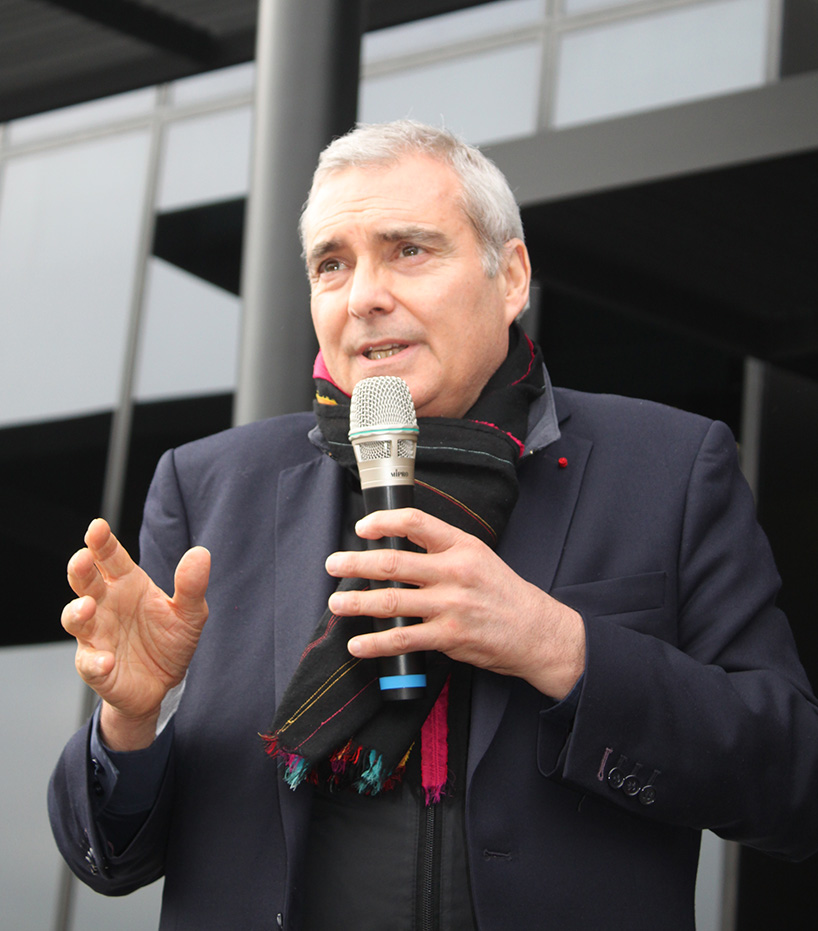 the entrance to the hotel
image © designboom

one of the hotel's many comfortable bedrooms
photo © walter sieberer 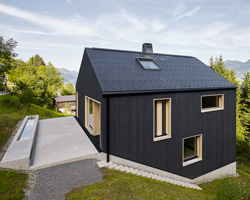 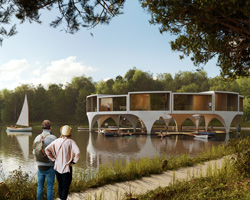 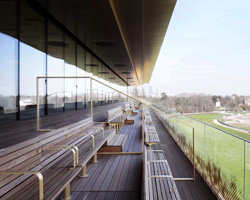 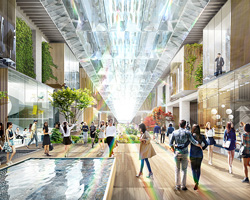 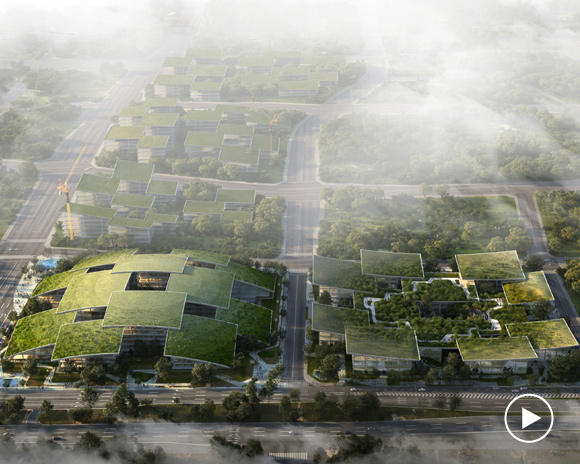 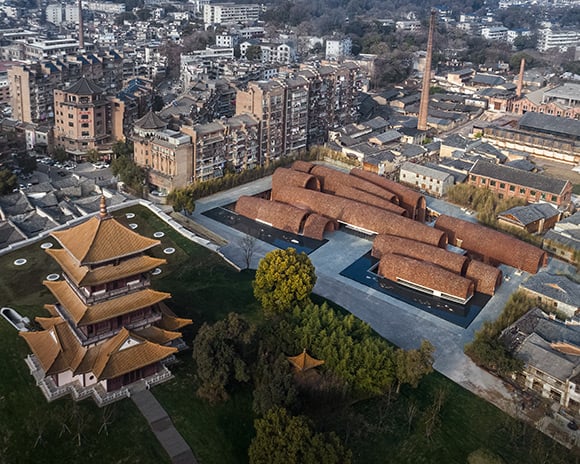 Sep 28, 2020
studio pei zhu completes monumental vaulted museum to honor jingdezhen's ancient kilns
with respect for the history of its context, the museum comprises a cluster of brick vaults based on the traditional form of the kiln.
architecture
485 shares
connections: +1500 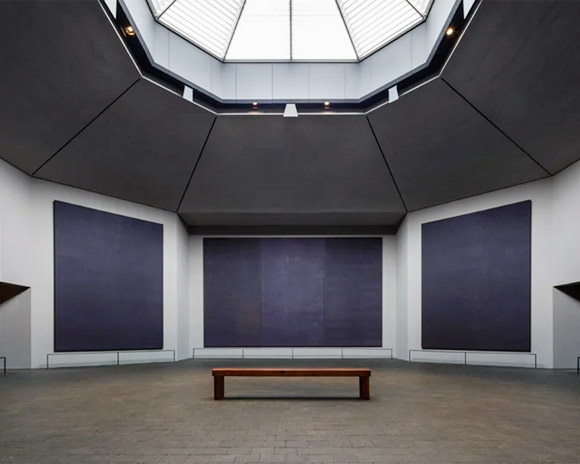 Sep 28, 2020
austere and monumental, the newly renovated rothko chapel reopens to the public
listed on the national register of historic places, the rothko chapel is defined by its fourteen monumental mark rothko canvases.
architecture
337 shares
connections: +960 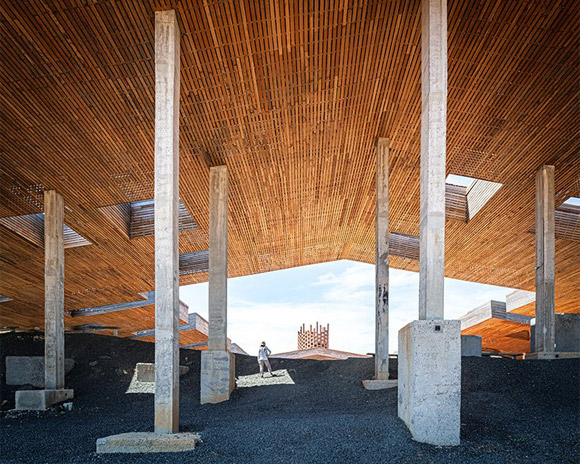 Sep 27, 2020
bangkok project studio creates 'cultural courtyard' for elephants + humans in thailand
the site seeks to provide a source of income for the kui people, an ethnic group in surin, thailand, and their elephants.
architecture
536 shares
connections: +180