the ‘5CUBE’ by de siún scullion architects was the winning proposal for an open competition held by the EU-funded ACE for energy project. the program promotes movement towards renewable energy sources throughout europe through public awareness and education. the contest was open to designers of all disciplines, and called for a public-based piece to bring attention to the issues of energy. 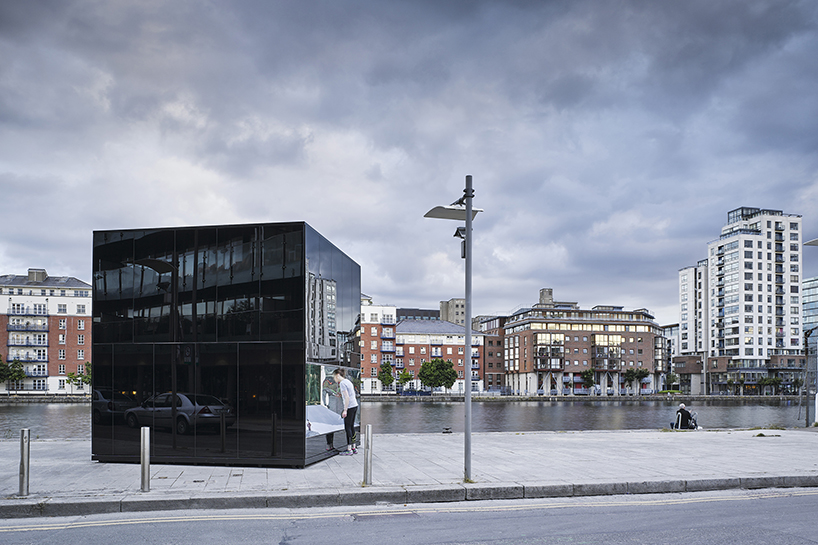 the pavilion can be dismantled and relocated in a single night

‘5CUBE’ is a visual representation of 473 barrels of oil — the amount of oil ireland consumes every five minutes — contained within a volume measuring 4.2m3. the thinking behind the concept was to develop an easily replicable symbol of consumption that could be easily scaled up or down, and would force the public to face the hard truths of fossil fuel depletion. 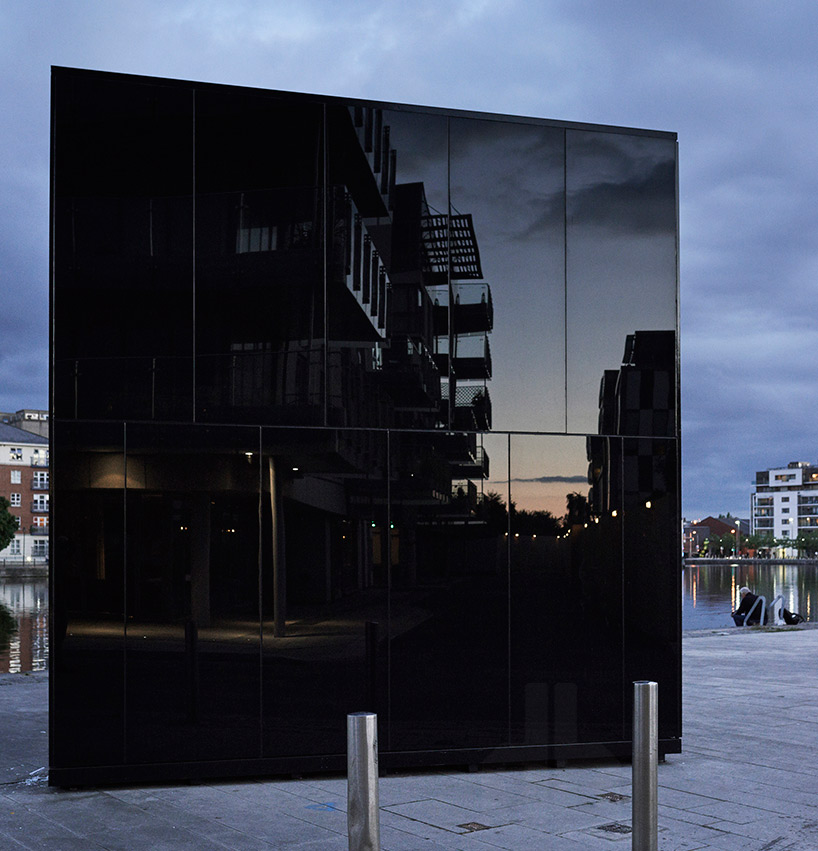 the volume is clad with protected glass paneling

no foundations are needed to support the form due to internal ballasting via sand-filled boxes. its glass-clad structure can be quickly dismantled and relocated in any location, making it possible to disappear and reappear like a surreal, mysterious monolith. as well as representing the amount of oil consumed, the cube has two mirrored bands — on the east and west sides. on the eastern face, a 50cm tall strip visualizes the amount of energy produced by renewable energy — in barrels of oil equivalent — within the same five minute timeframe as the oil. the concept uses intrigue and curiosity to get its message across

opposite, a larger mirrored divot depicts ireland’s target volume of energy sourced from renewable means by 2020. visual breaks in the reflective surfaces — both east and west sides — allow viewers to see directly into the form. to the east, a kaleidoscopic globe that glows at night thanks to roof-bound photovoltaic panels; and to the west, an angled mirror that bounces views directly upwards to create an infinitely repeating sky. 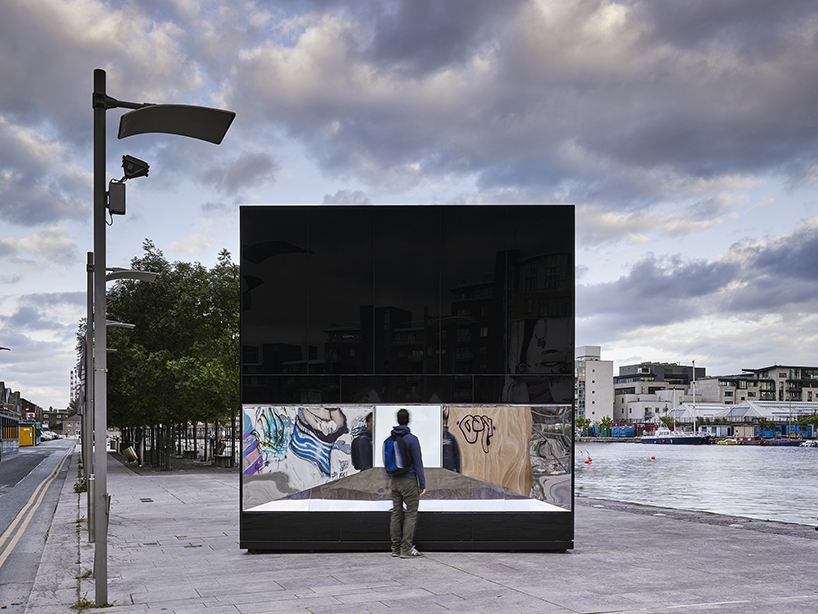 a visitor stands in front of ‘5CUBE’

the latter was chosen as a way to collectively speak for all forms of sustainable energy, and contrasts heavily against the glossy black mass. many kinds of power come as a direct or indirect result of the forces of nature; such as wind visible in the movement of clouds, the horizon transforming from bright blue to deeply saturated oranges and reds, and the inimitable raw power of rain in a heavy storm. when staring skywards visitors can come to terms with the current state of the world, and hopefully, realize what needs to be done moving forwards. 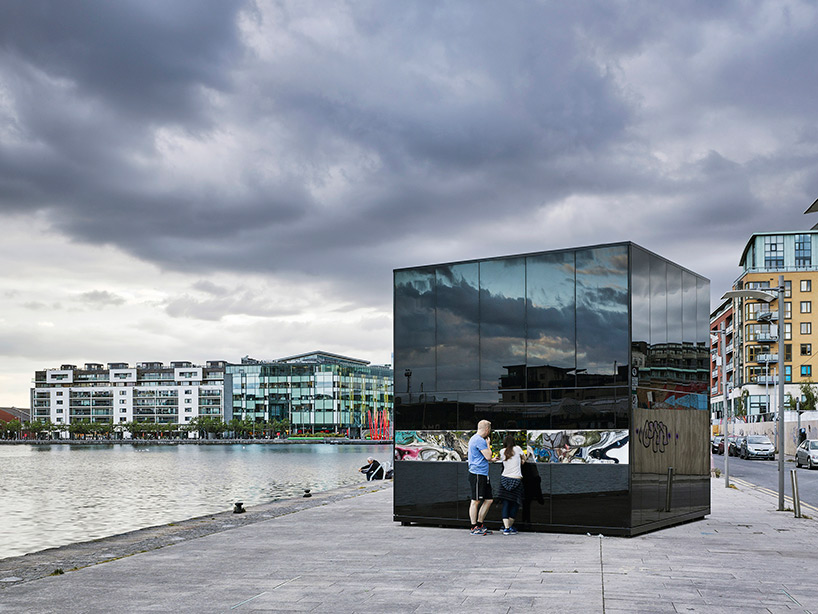 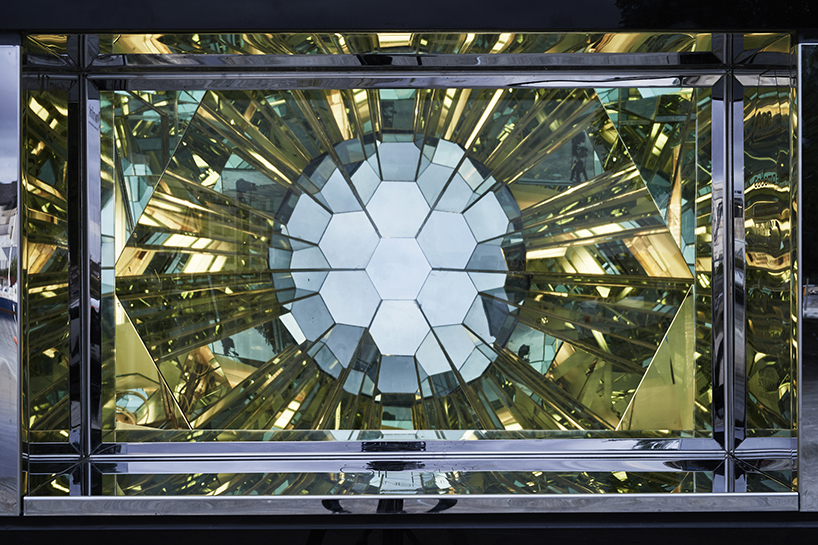 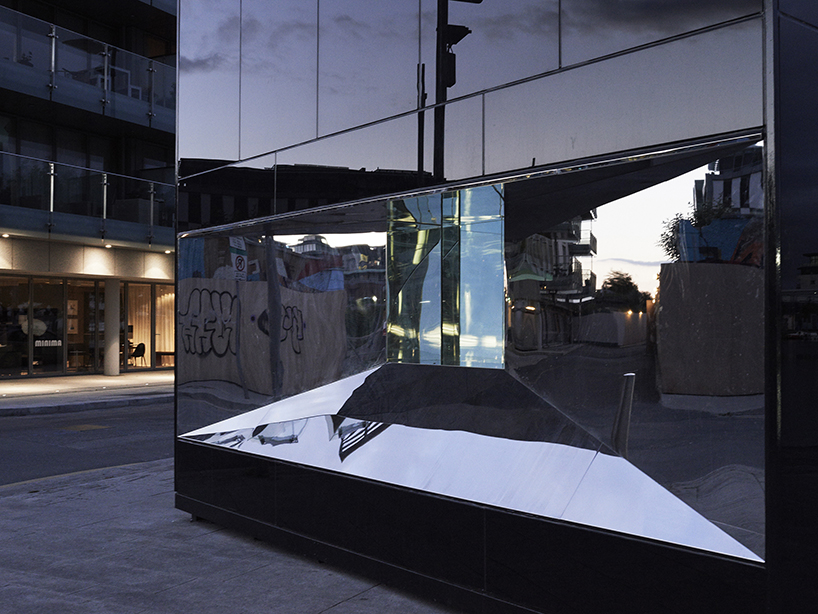 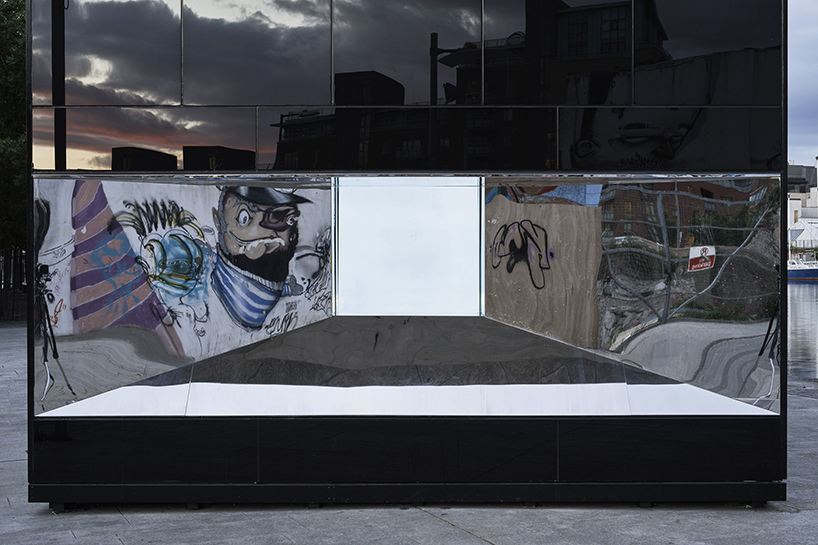 the sky repeats infinitely inside, seeming contained within the cube 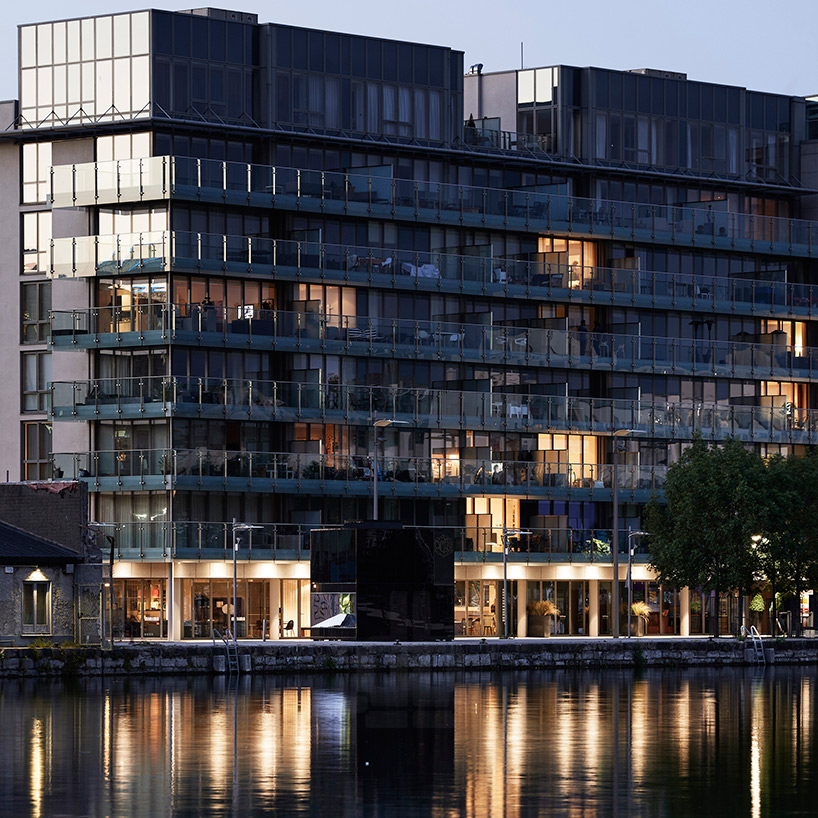 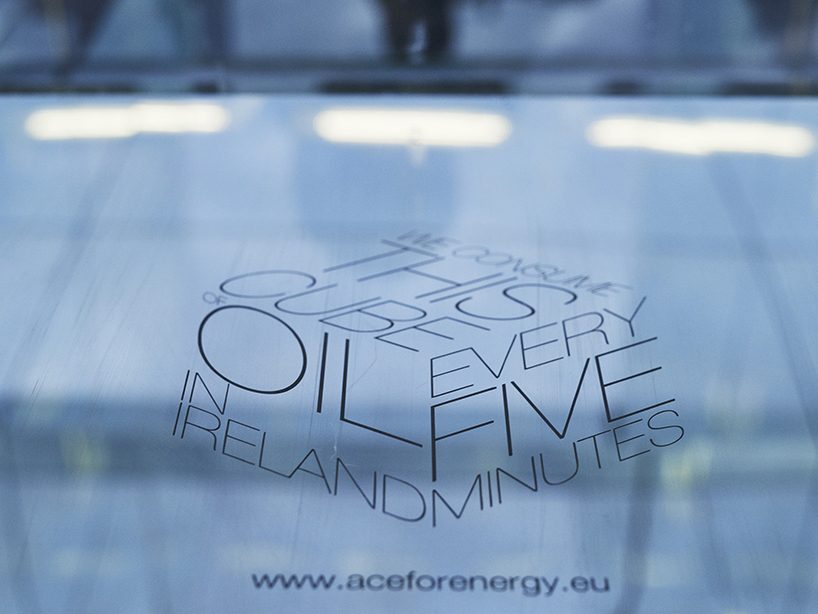 logo for the project