american firm destefano + partners has been announced the winner of the competition for the suzhou wuzhong north road development in suzhou, china.

the site is bordered by canals to the east and north and major traffic roads to the west and south. responding to this island-like condition, the design wraps the site with an elevated ‘ring’ of program that connects lower retail pavilions with the high-rise office, residential and hotel elements above. a network of streets between the pavilions creates a pedestrian-friendly environment. the proposed circulator system enters the site through the south ‘gate’ and connects the regional train system with other development in the wuzhong district.

program, public space and transit functions are woven together in a design driven by four basic goals: – serenity – to create a safe, welcoming and tranquil environment shielded from the commotion of the city. – connectivity – to create hierarchal scale connections that unify the mass transit systems with the pedestrian fabric of the context. – vitality – to propose diverse programs, combined vertically and horizontally, creating an economically sutainable and flexible environment. – humanity – to create a peaceful and enriching venue with a focus on cultural and intellectual experience that will provide the city with a traditionally reinterpreted but familiar fabric and experience.

‘our goal was to capture the essence of suzhou and reinterpret it in a fresh way that would be appropriate for the growing, contemporary chinese city‘, said masha safina, senior designer at destefano partners.  ‘the inherent pedestrian character of suzhou’s oldest districts is emphasized and preserved in variety of scales of walking streets that lace the site.  at the same time, the beauty and richness of textures and materials of traditional suzhou gardens is given new life in the proposed materiality of retail pavilions and the play of light and shadow in indoor outdoor spaces.’ 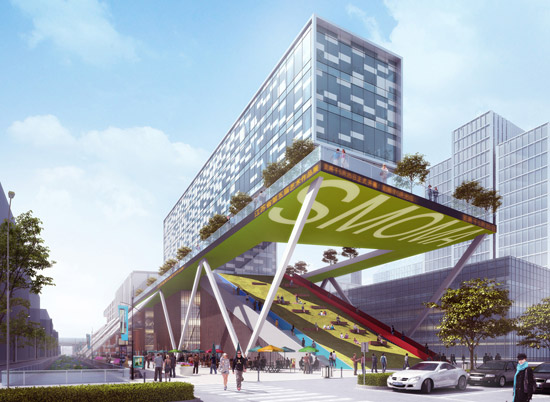 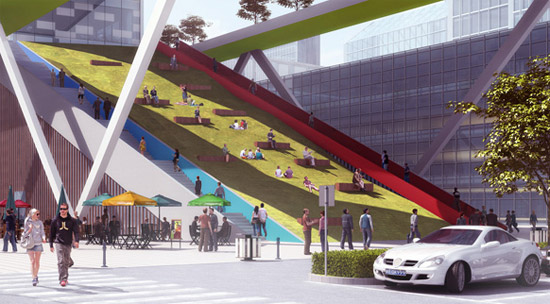 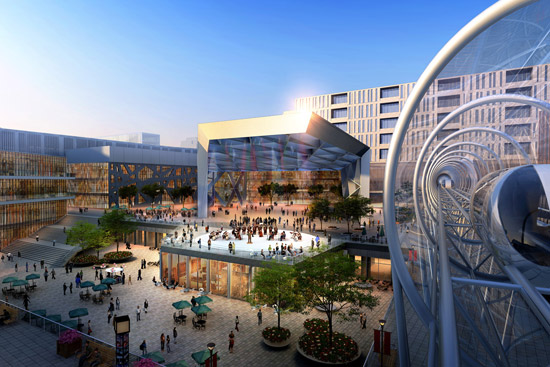 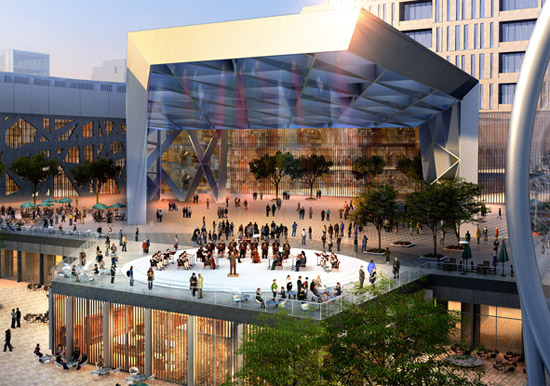 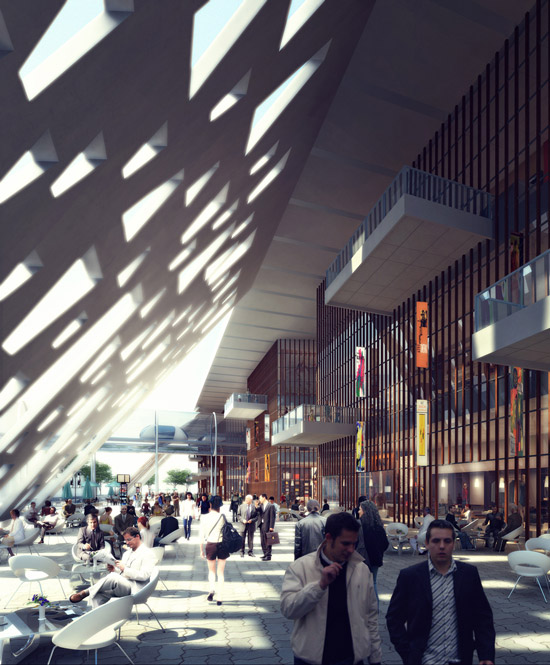 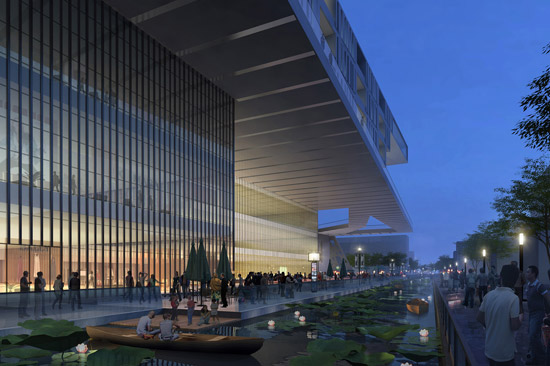 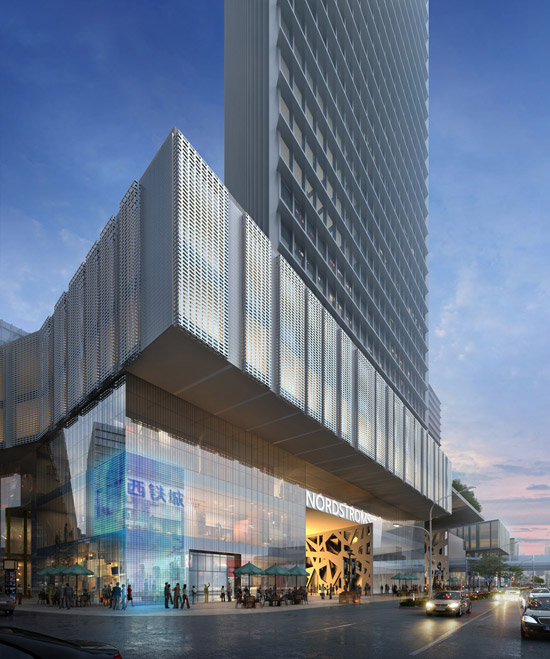 stores within the complex 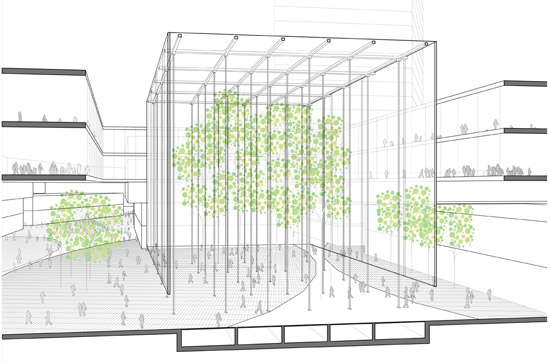 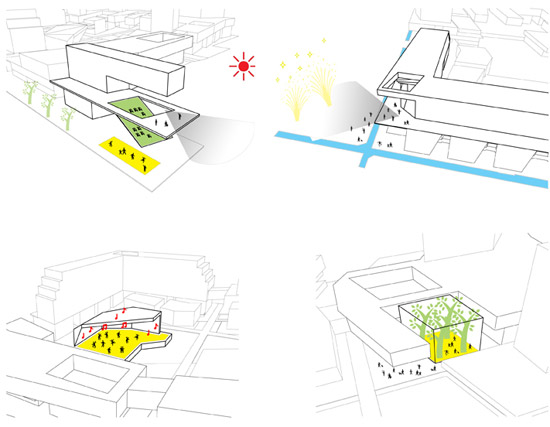 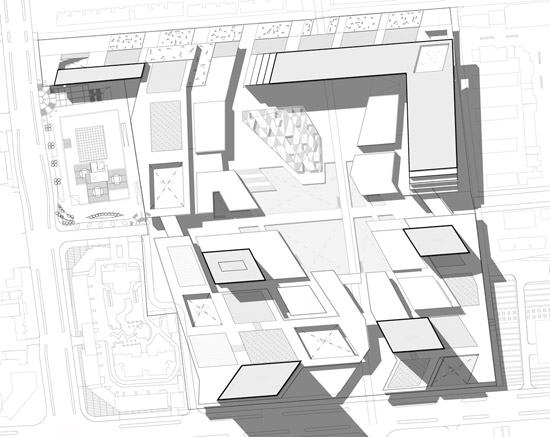 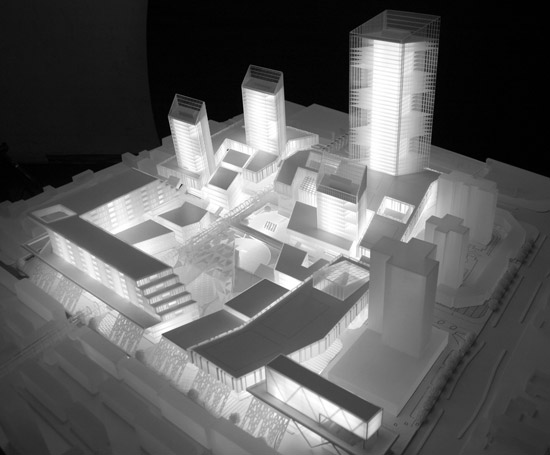 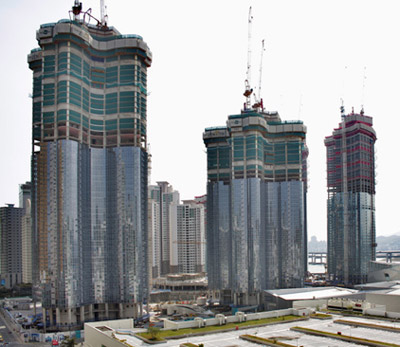