athens-based firm DECA architecture re-purposes dry-rubble stone walls used to domesticate agricultural land on the greek island of antiparos. the result is a residential project entitled ‘aloni.’ in the past, these prominent man-made interventions in the landscape served to transform a steep topography into a series of arable plateaus. today, the cycladic islands are being reshaped by a very different force: the demand for holiday homes. DECA preserves and utilizes these ruinous stone retaining walls to create an artificial landscape that is programatically both agricultural and residential. while the horizontal roof of the house bridges a natural saddle, apertures allow the sloping land to bleed into the conditioned interior space. 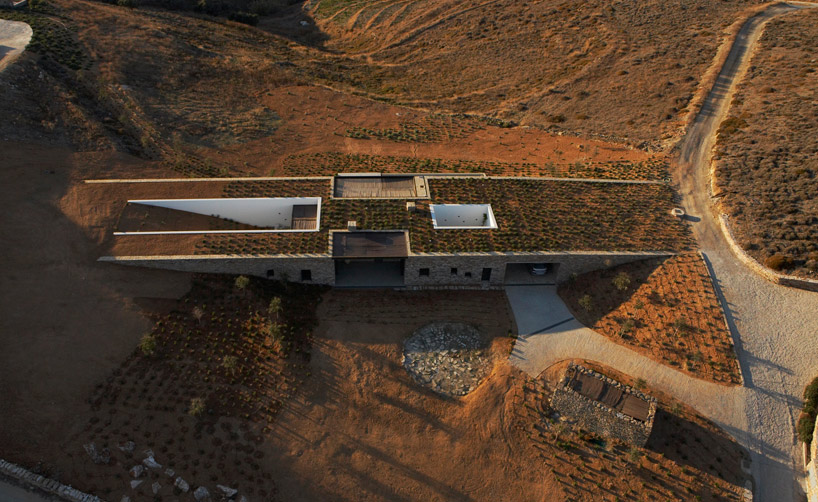 in the north-south axis the slope rises between two hills while in the east-west axis the slope drops, opening to the sea views. two long stone walls bridge the hills allowing the house to nestle in the space within while maintaining the continuity of the landscape which flows over it. this simple strategy blurs the edges of the house and makes its mass imperceptible within the broader skyline of the island. the presence of the house is revealed by the four courtyards carved into the flowing landscape. the courtyards separate the living spaces into five interior areas, an arrangement which  resembles the fifth side of a dice. as a result, the house is protected from the elements, yet is full of natural light, generous views and a compact but rich relationship to its setting. 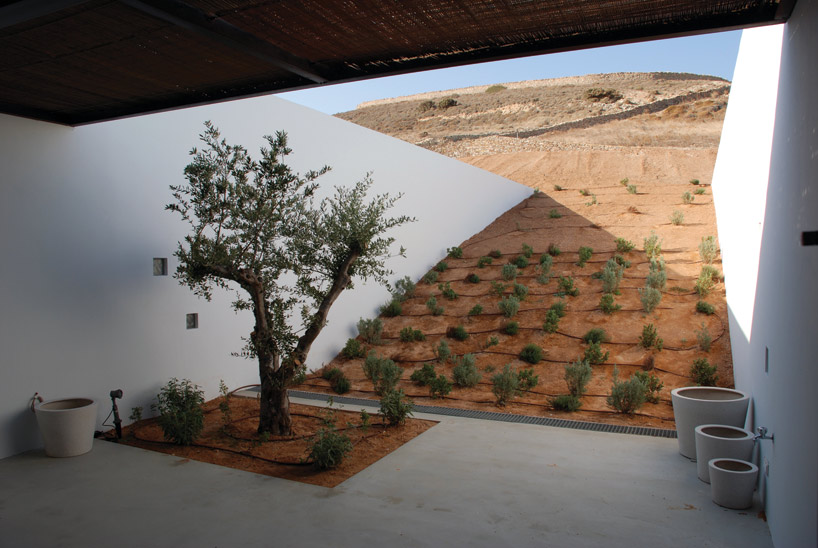 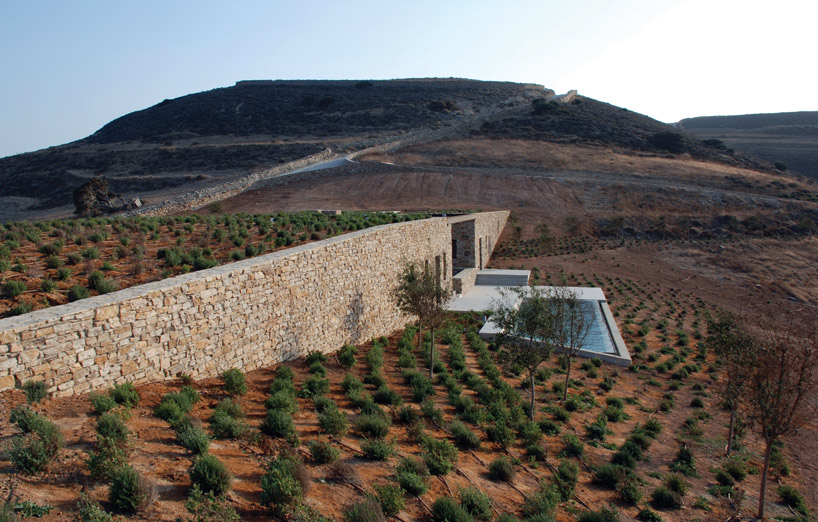 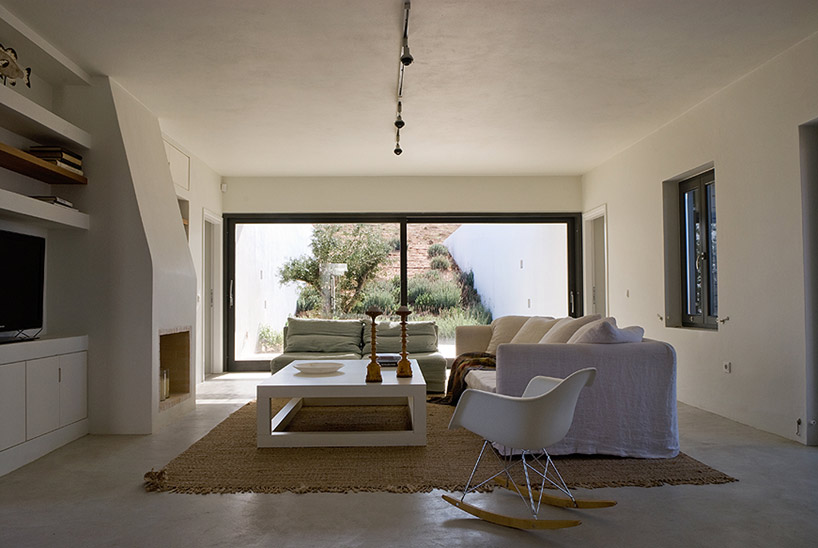 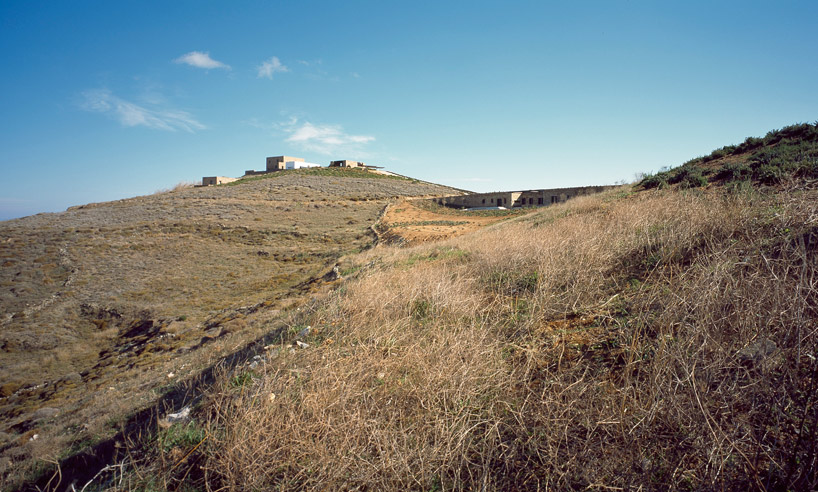 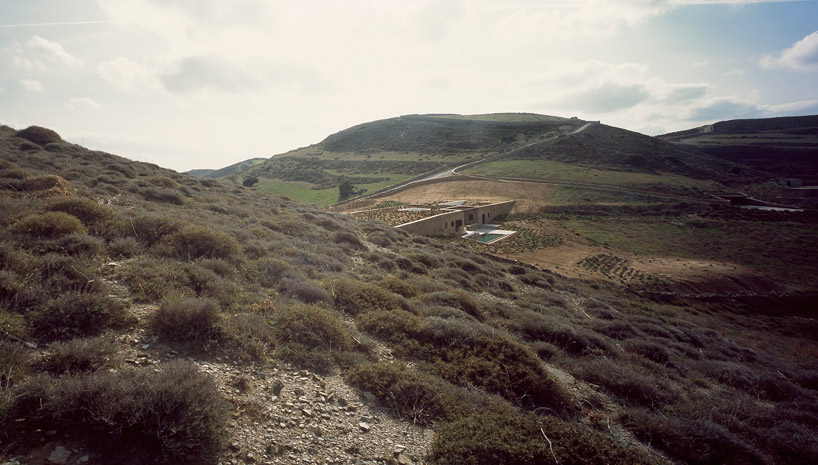 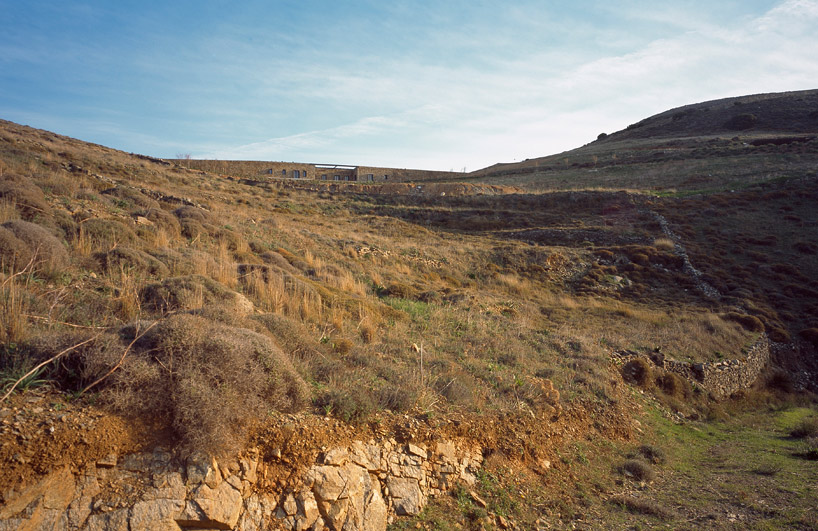 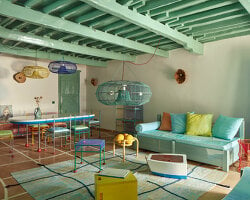 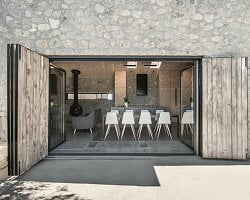 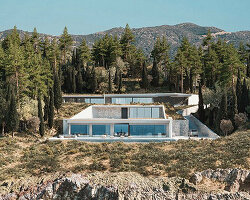 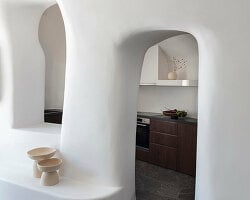 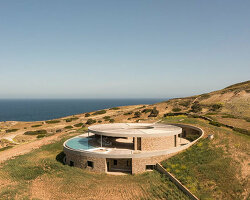 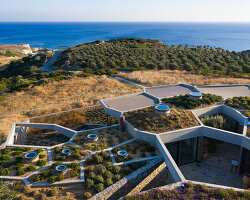 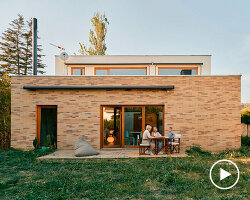 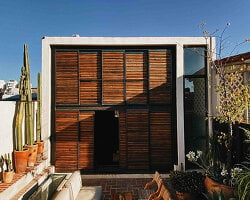