delugan meissl associated architects has been selected to extend and refurbish the ‘badisches staatstheater karlsruhe‘ – one of germany’s most successful opera and theater halls. located in central karlsruhe, the existing building is positioned directly at the intersection of the city’s two main thoroughfares.

the theater is extended along three development axes

the redesign incorporates the important parameters of the existing building, while simultaneously strengthening its qualities with regard to the interior as well as the exterior. the theater is extended along three development axes, creating a building that is well connected to its urban surroundings, openly presents its various functions, and establishes a clearly defined free space. the building reaches towards the far edges of the plot, solidifying the visual relationship between the city and the theater, and thus anchoring the new building more strongly within the urban fabric. 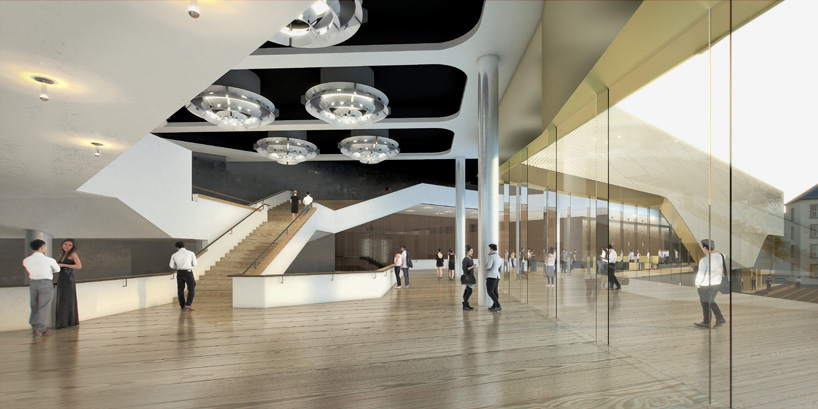 internally, the foyer expands across multiple levels and functions as a public meeting point between the multifunctional theater space and the multitude of stages within the building. in doing so, the sculptural attributes of the structure are preserved and continued. the whole ensemble is held together by a prominent roof structure, which creates a strong visual appearance suitable for an institution of such importance.

construction is set to begin on-site in 2017, with the redevelopment expected to take ten years to finalize.

construction is set to begin in 2017 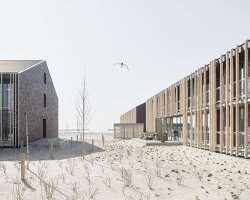 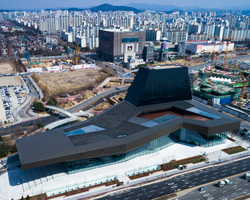 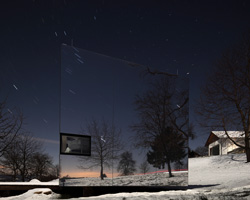 May 14, 2015
delugan meissl's prefabricated home serves as an invisible retreat 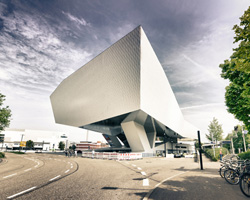 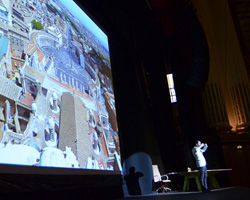