renovating a deserted pumping station in the netherlands, dutch firm derksen windt architecten have incorporated a transparent aluminum façade that wraps around an attached playing field. situated in the far corner of a residential area, the site is enclosed by two roads that lie hidden behind a large green belt – there is little activity except for a small school and a cycle lane. wanting to change the atmosphere of the isolated corner, the architects sought to upgrade the building and its immediate surroundings. the expansion of the brick structure seamlessly merges into its environment, with the new transparent edge forming a playground square. 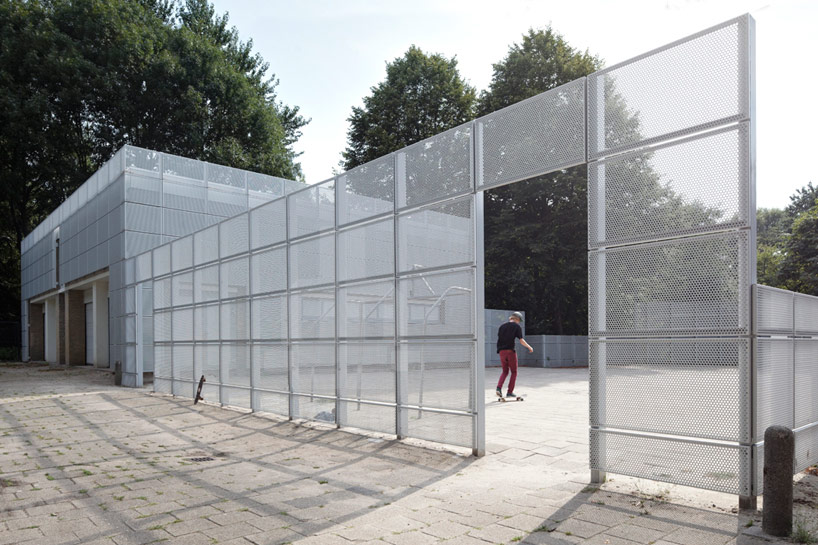 perforated aluminum fencing creates a semi-transparent layer over the existing structure and helps to fuse the building with the square. an optimal ratio was found between the paneled façade and circular perforations, allowing a transparent view through to the original pumping station. depending on the vantage point, the form and line of the fencing frame the space, from other angles the building, and at certain points the landscape and square – contributing to a positive sense of tension between the different volumes.

‘the design becomes more than a fence or a pumping station. it becomes a fusion of the three elements (building, square and fence).’ says the architects. 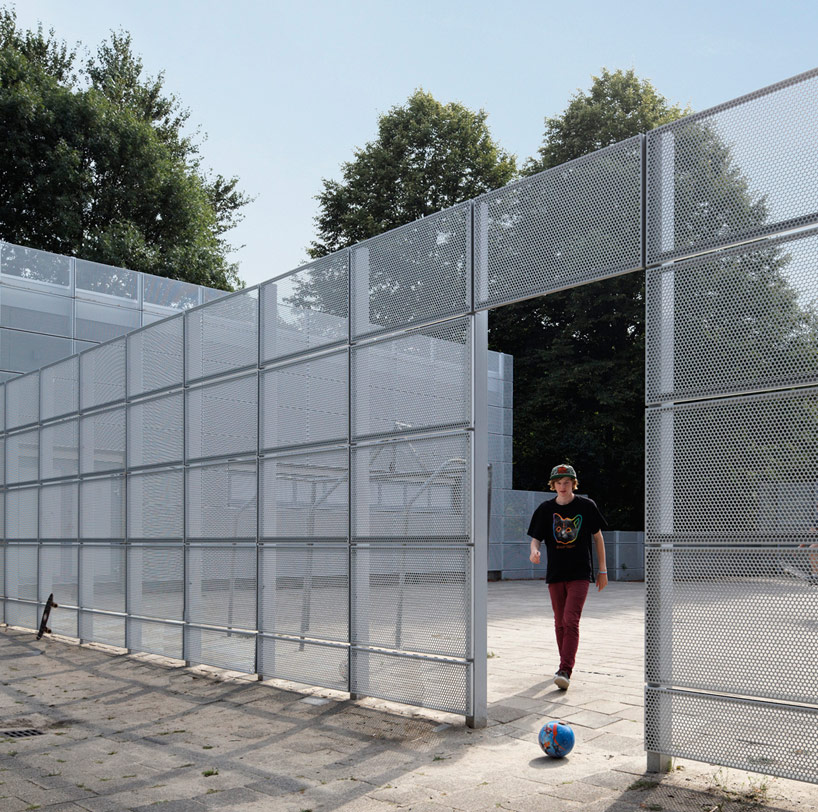 the entrance to the playing field

in order to make the area safe also at night, lighting shines through the semi-transparent panels, making the square glow from within. the perforated aluminum façade creates a seamless blending of the building and the adjacent square, successfully upgrading the overall character of the area. 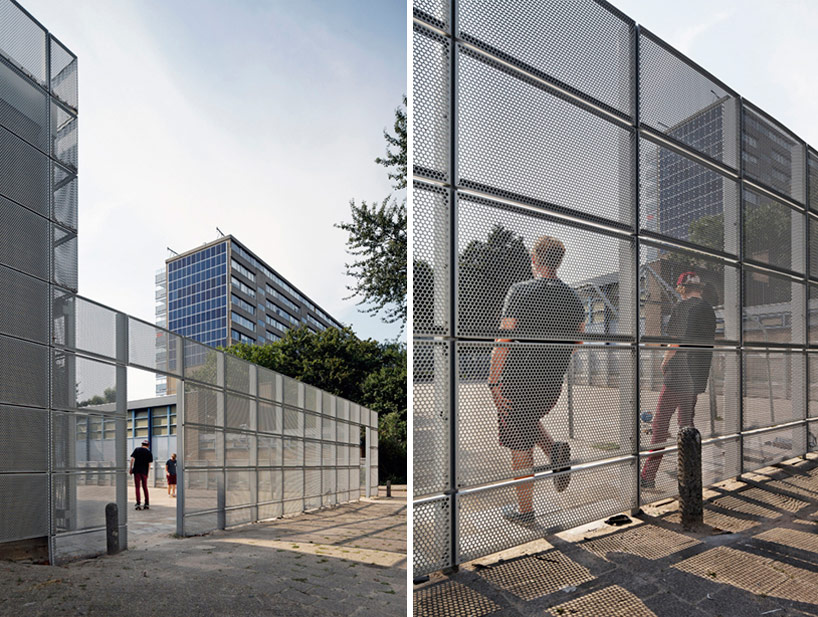 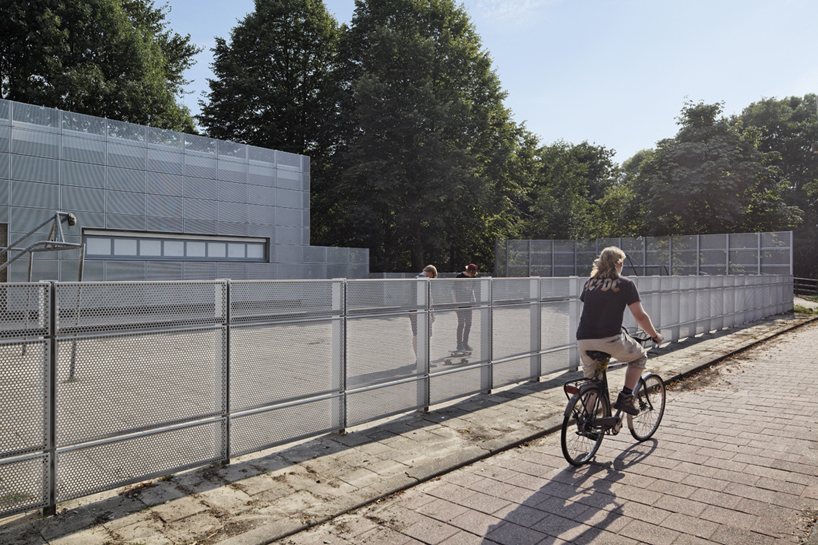 the open line of fencing next to the cycle lane 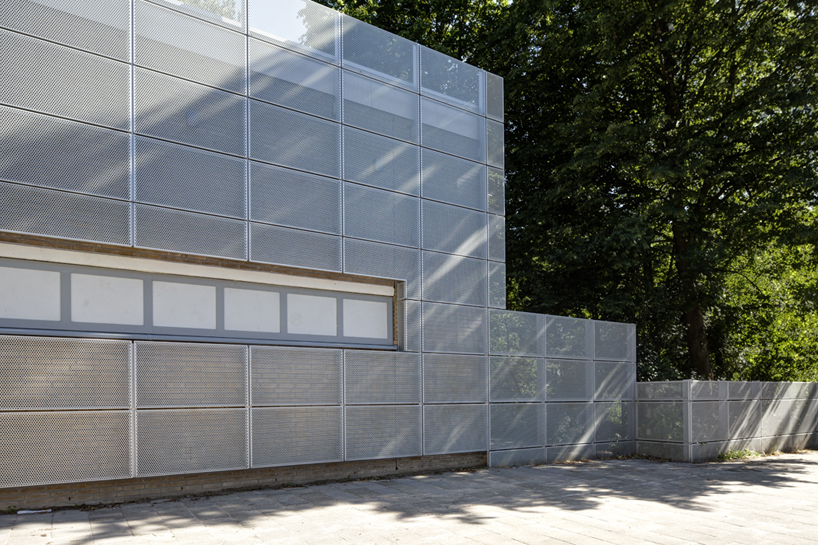 the overhang of the aluminum façade is well-proportioned, helping to connect with the fencing 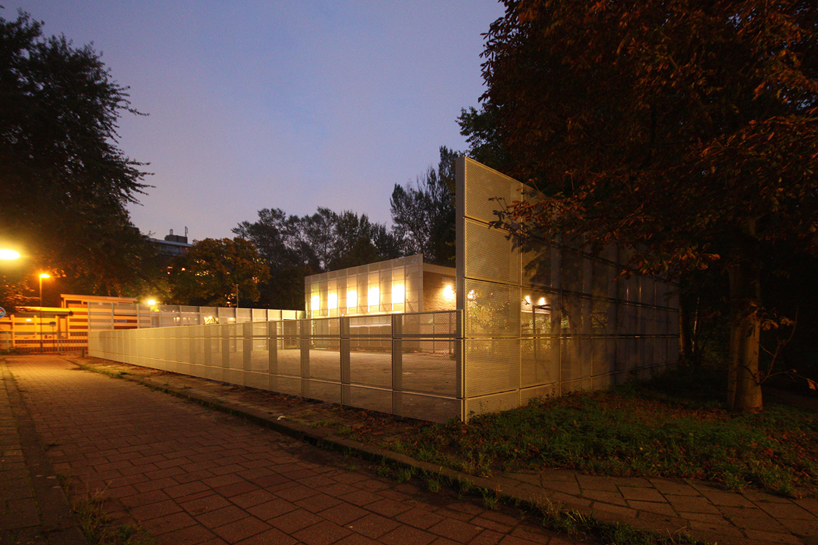 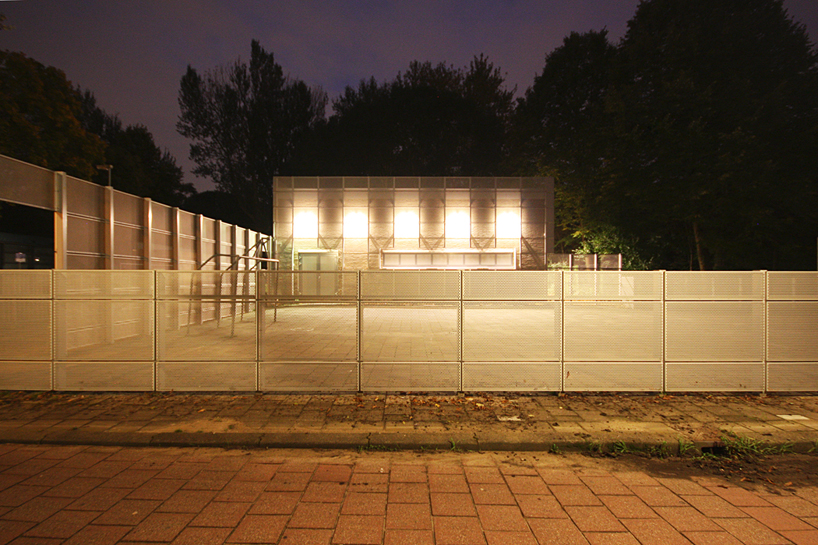 light shines from behind the semi-transparent panels 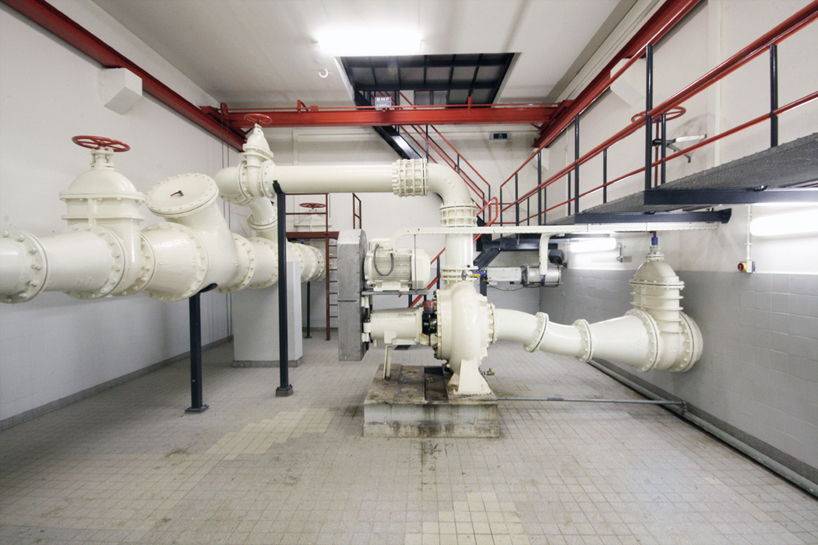 interior of the pumping station 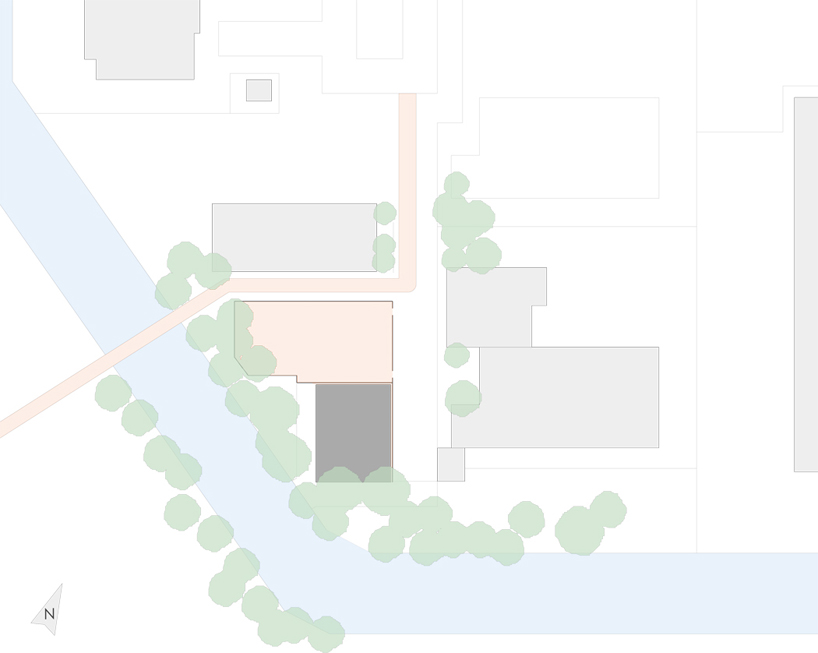 the pumping station is situated in the far corner of a residential area, enclosed by two roads that lie hidden behind a green belt