enrique llatas and aurelio herreras’ home in lima, peru is a spare, openly organized dwelling that stands on a podium of earthen pack in the peruvian desert. it’s comprised of two large white façades, with a massive three meter doorway that cuts the space in half. 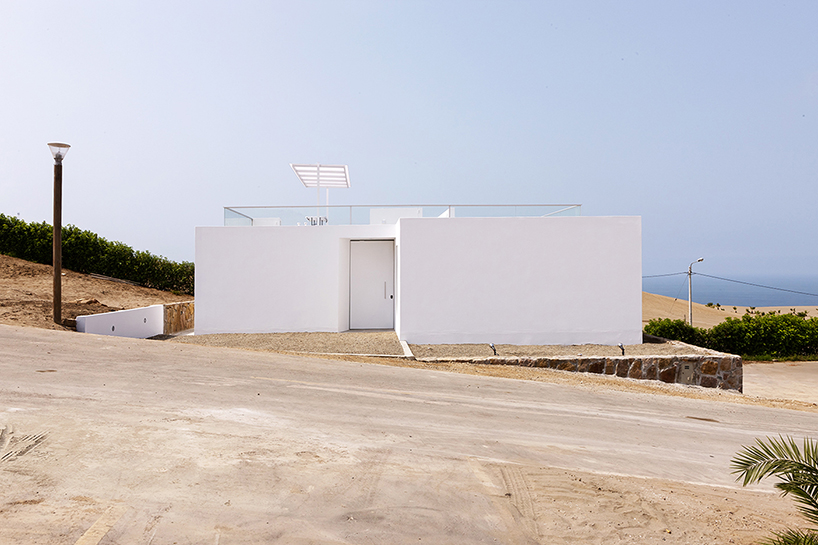 the home has a large patio/courtyard located on the roof

rooms are organized in relation to a central courtyard, which may be more properly described as a roof patio. here, views of the surrounding area and nighttime sky are at their greatest. throughout the home, windows and entrances are placed in ways that frame a particular area or feature of the landscape. the dwelling is made of white stone which intentionally gives the home a feeling of emptiness. it’s the exterior desert, inhabitants, and the sun that give color to the space. the form of the structure keeps the inner-workings of the home confidential, creating a perfect private space for living. 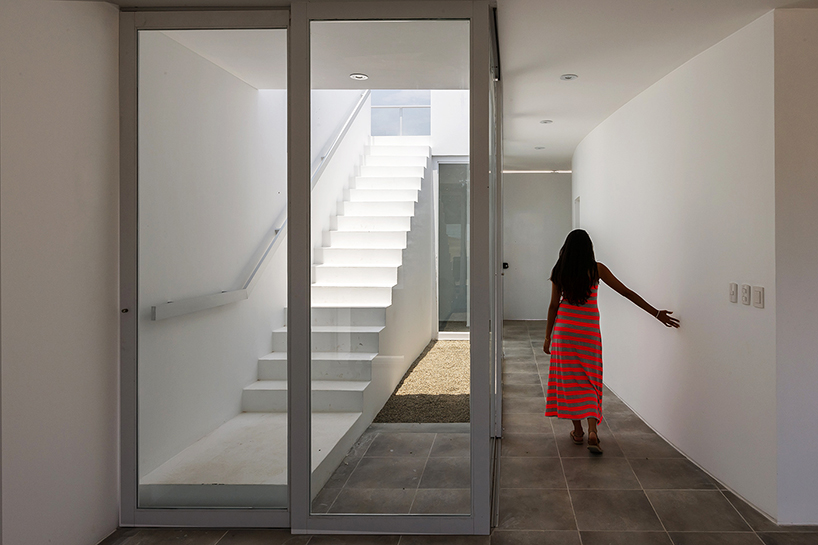 inhabitants give the space a burst of color 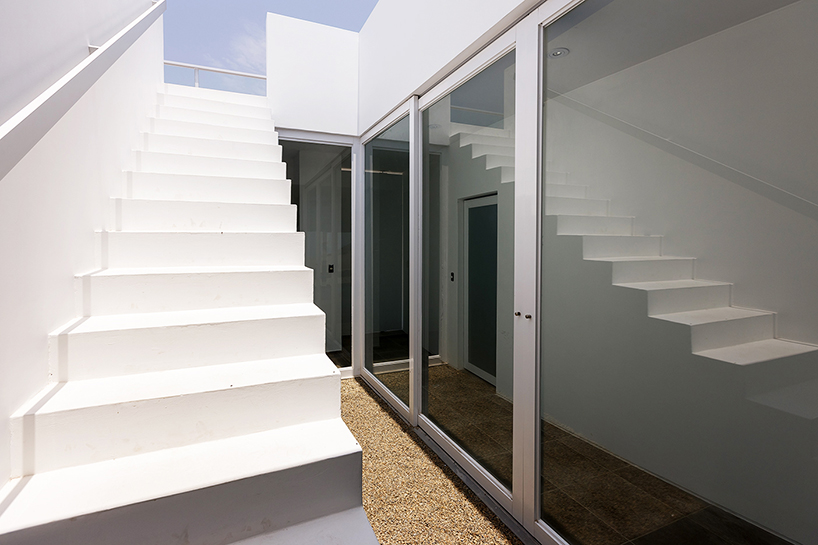 reflections and distortion of the space 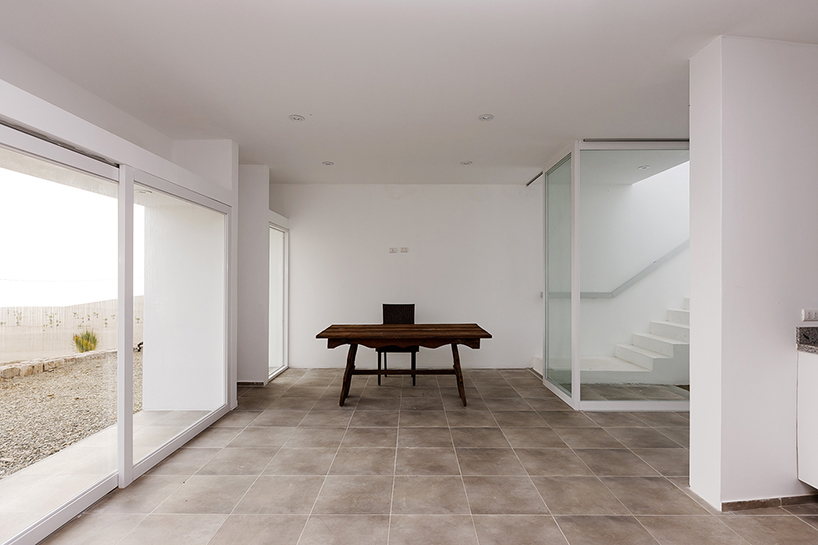 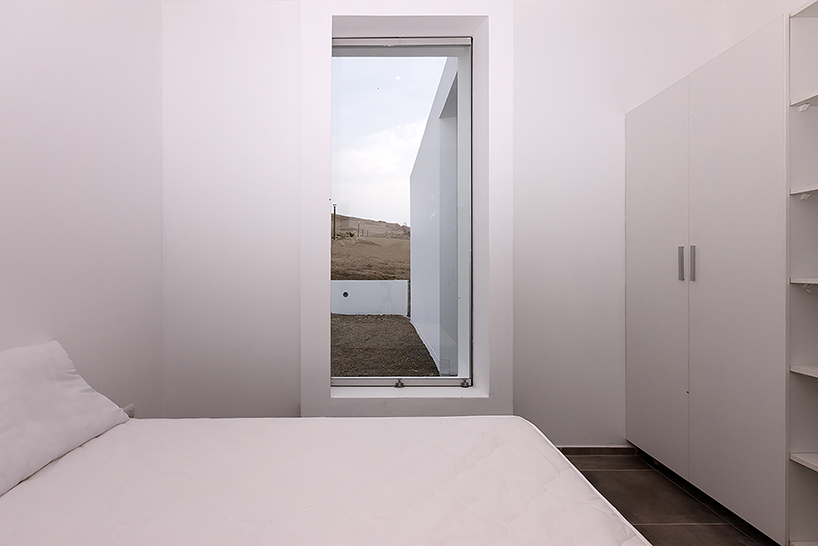 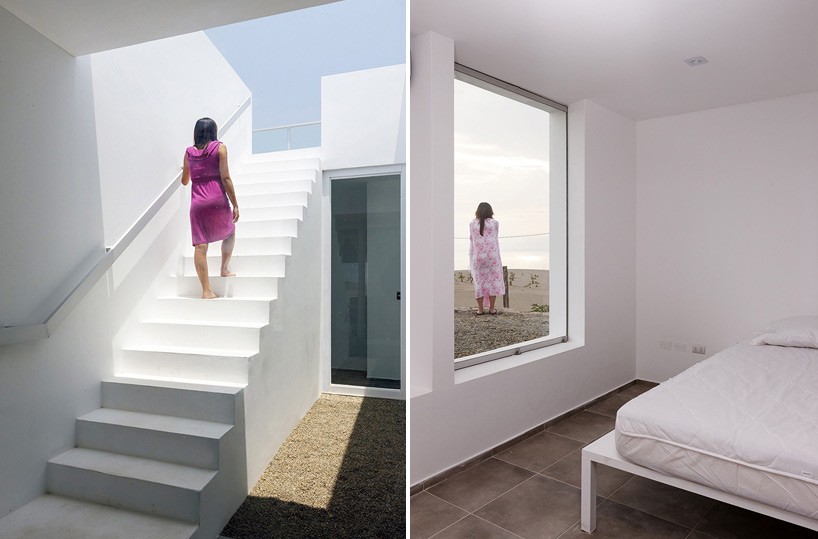 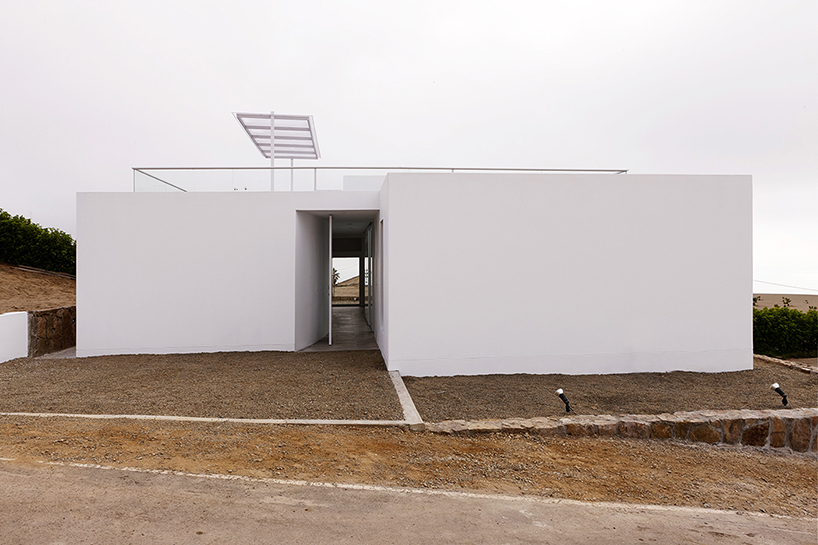 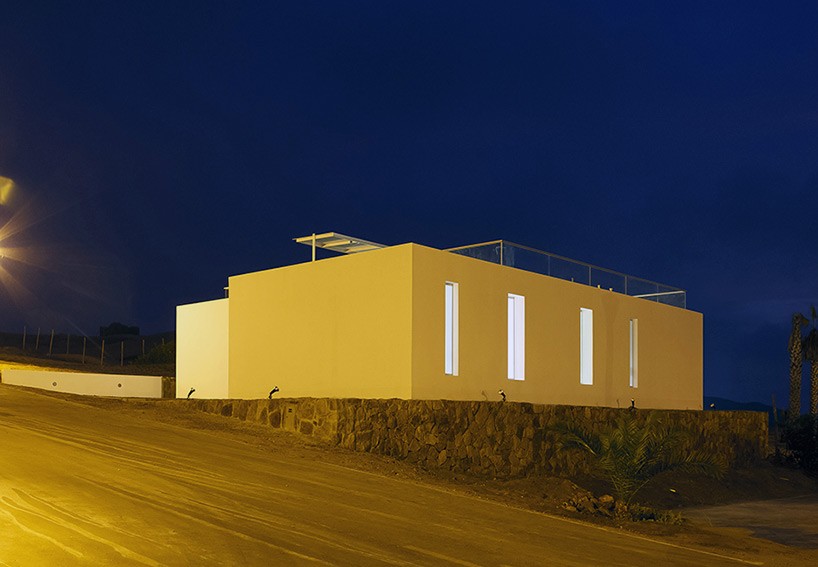