within the bustling neighborhood of dongshankou in guangzhou, china, architecture collective turtlehill has transformed a 45-year-old basement into the ‘lowlowland’ gallery. the deserted structure has been refurbished to house a new art space ‘paradise’ for the middle-aged, allowing them to fulfill their artistic dreams and hopes. the design seeks to break through the limitations of the existing building, by installing numerous mirrors and experimenting with the concept of reflection through space. 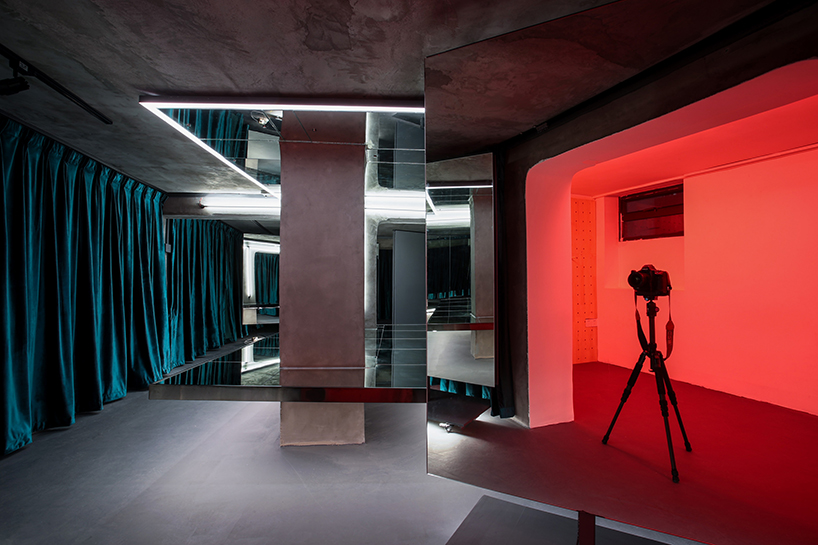 mirrors, velvet curtains, and a red light complete the interior of the new art space

all images courtesy of turtlehill

due to its low height, exposed ceiling beams and several large columns, the basement may cause uncomfortable and claustrophobic feelings to the visitors. furthermore, the dim lighting of this rectangular environment makes it appear narrow and confined. drawing influence by these characteristics, turtlehill’s design focuses on breaking through the limitations of the existing structure while forming a space for creative experimentation.

to achieve this, the environment is formed as a maze of mirrors to relieve the oppressive feeling and visually expand the spatial boundaries. through the use of the droste effect, the mirrors generate the illusion of an infinite space, maximizing the visitor’s extension of sight. meanwhile,  a red room was also formed at the end of the basement. reflected by the mirrors, this bright red color appears repeatedly throughout the tour route. this ‘seeing but not yet coming’ experience serves as an intriguing visual and experiential element, encouraging visitors to explore the space in its entirety. 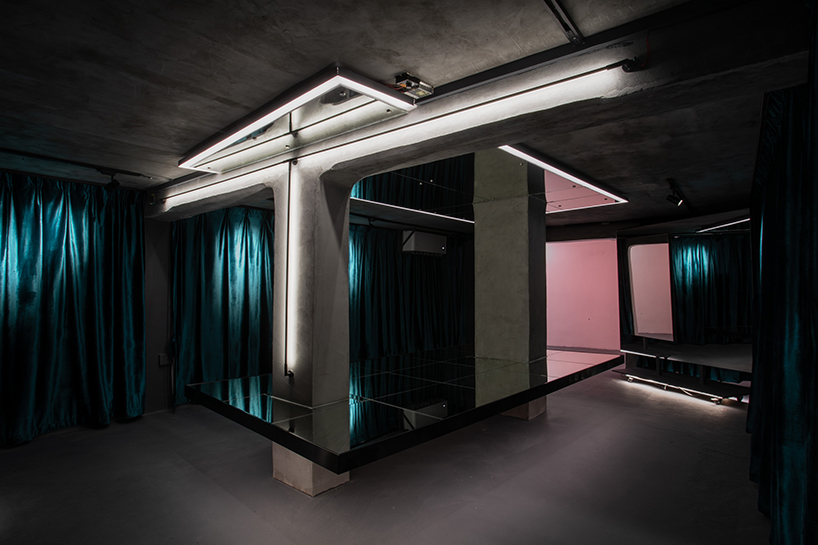 the low height, exposed beams and numerous columns of the basement may cause uncomfortable feelings

besides the limitations of space, budget was another major challenge for the turtlehill team, who had to find a balance between design and engineering to satisfy the clients’ expectations while keeping the cost down. therefore, it was decided not to over-decorate the basement and reduce the expense of the refurbishment. the walls and ceiling were simply renovated with mortar, presenting a rough and simple space.

at the same time, considering various possibilities of the exhibition area in the future, velvet fabrics were hung on the display walls to soften the concrete texture and to reduce the echo within the space. both the velvet curtains and the mirrors can be moved and reassembled freely according to the needs of different events in the future. ultimately, the design of the basement gallery is characterized by the sharp contrast between the delicate velvet fabrics and rough concrete walls, giving the underground space a rebirth in contemporary style. in addition, the infinite reflection of the mirrors visually extends the space, making it more playful and interesting. 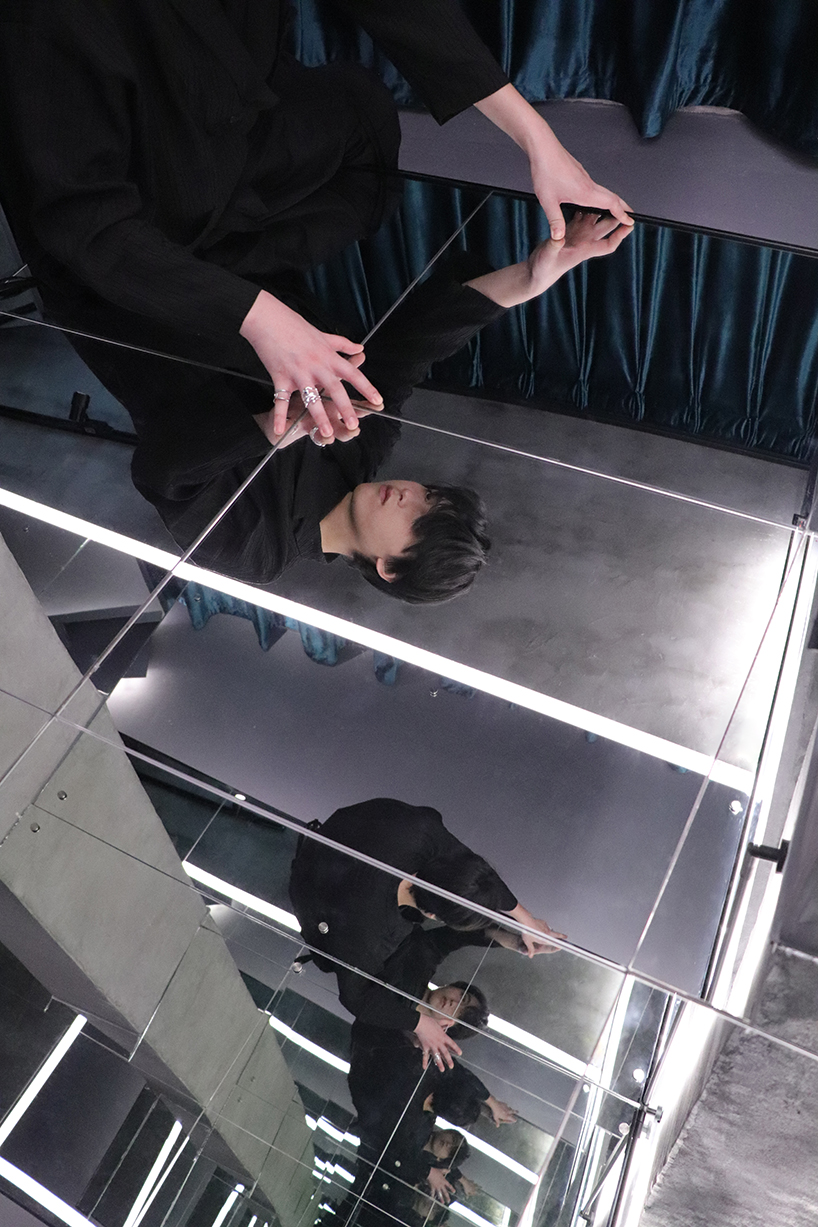 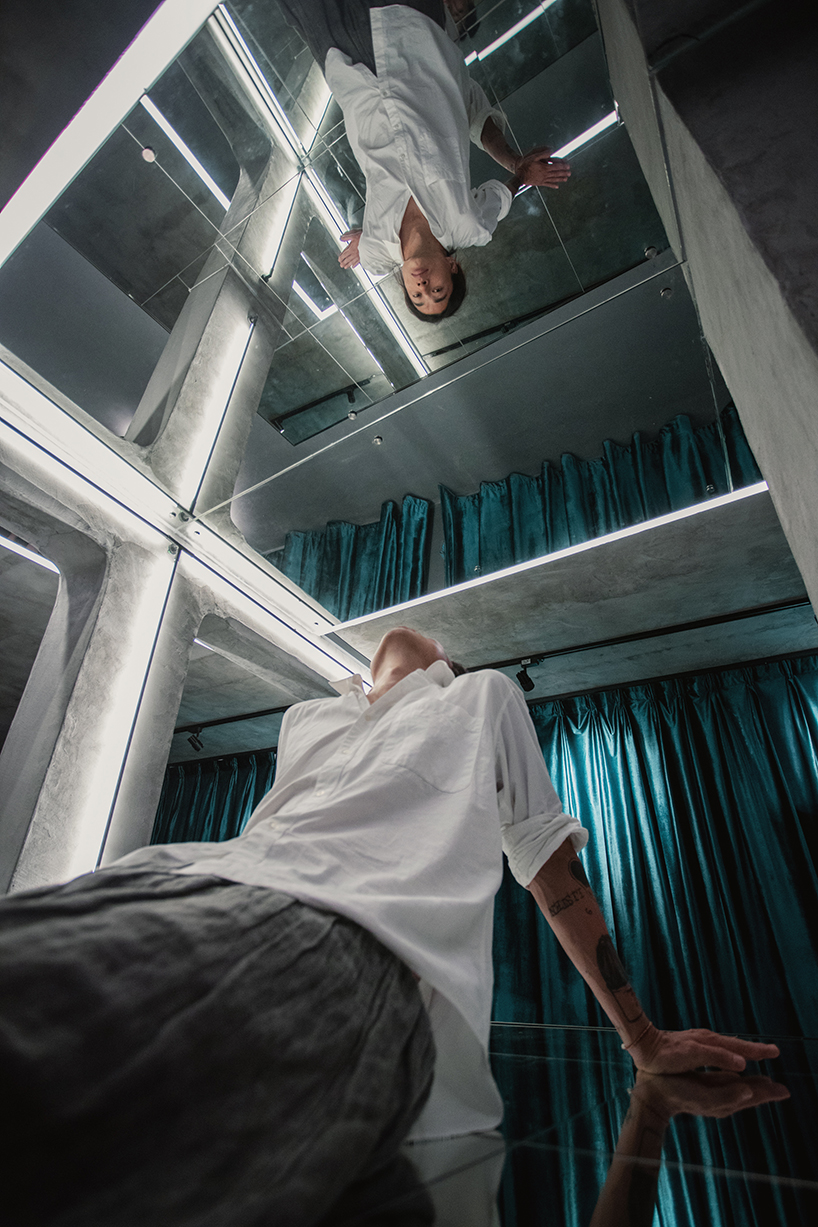 through the use of the droste effect, the mirrors generate the illusion of an infinite space, maximizing the visitor’s extension of sight 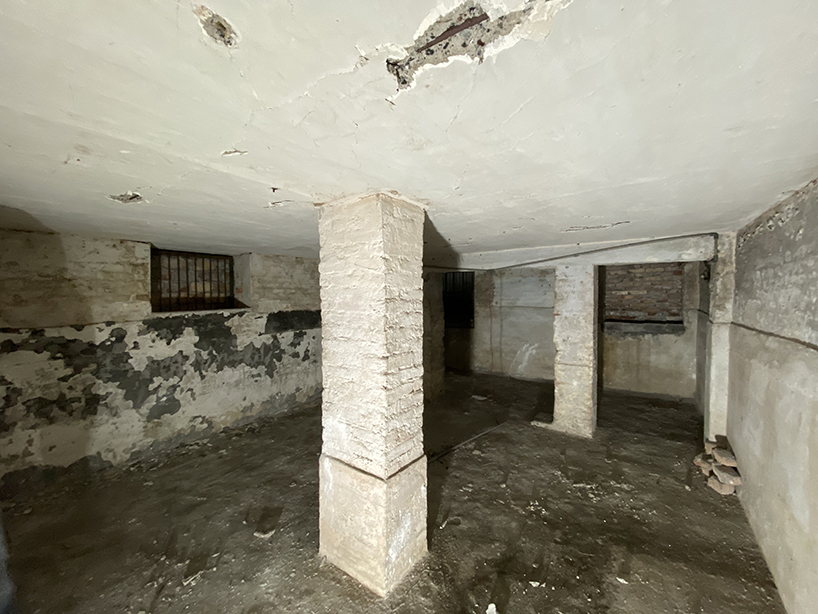 the deserted basement before the renovation 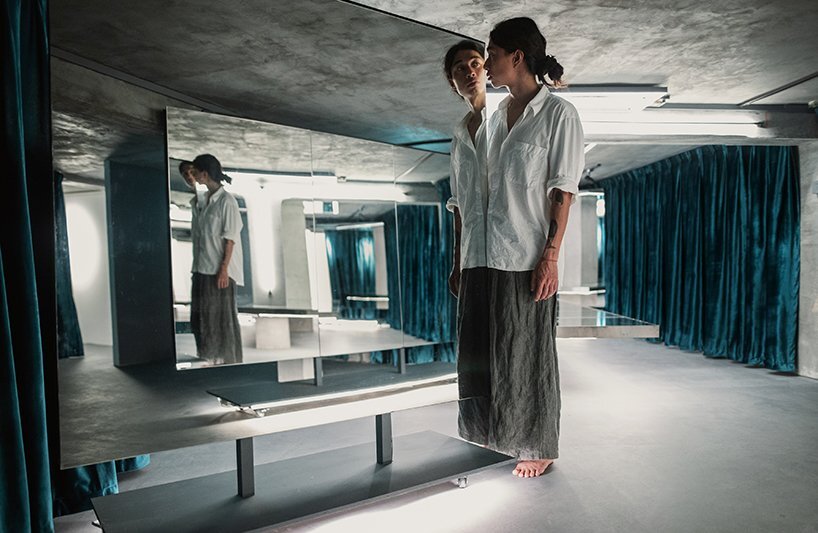 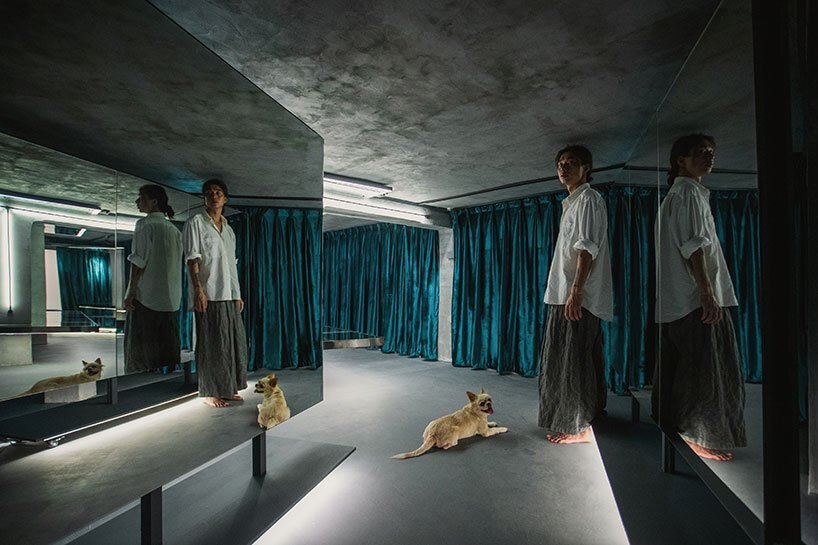 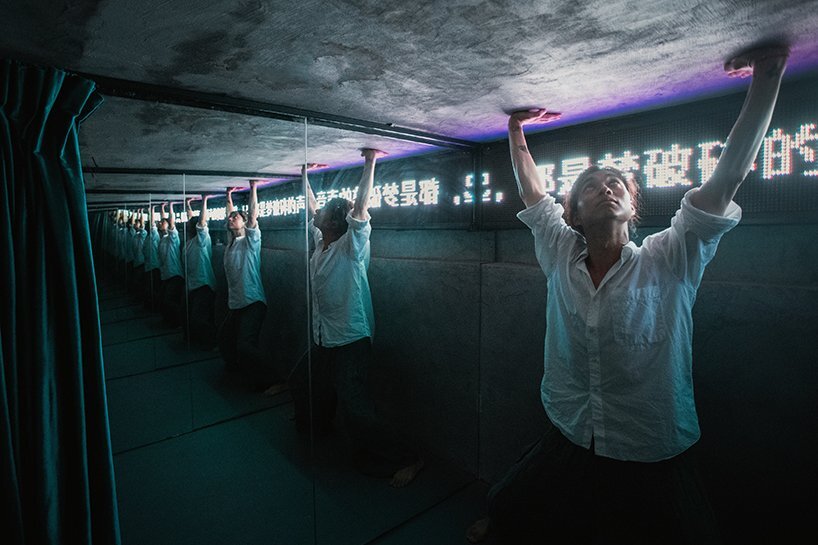 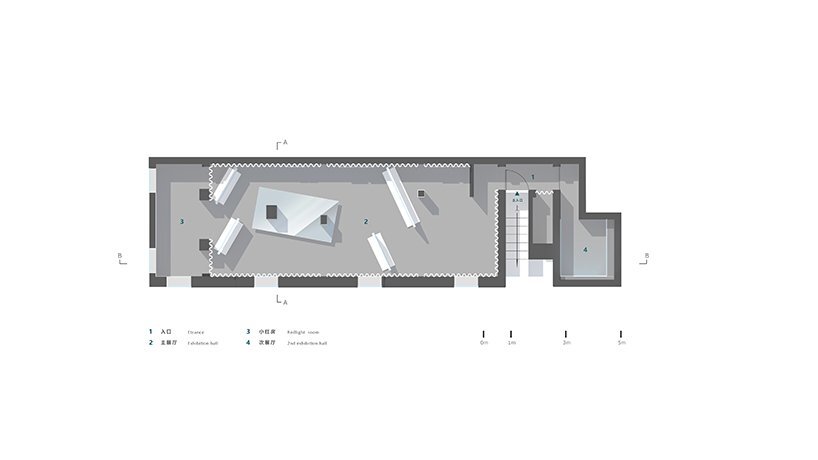