the jewel box villa sits on a long, narrow plot with a significant level change throughout. overlooking the shores of one of lausanne, switzerland’s largest lakes, the client wanted a home to maximize views to both the south and west. to deal with the site’s topography, it was decided that the residence would take similar shape and be split into two levels. in addition to the primary rectangular form, an outer shell juts outwards and up, functioning as a green wall. 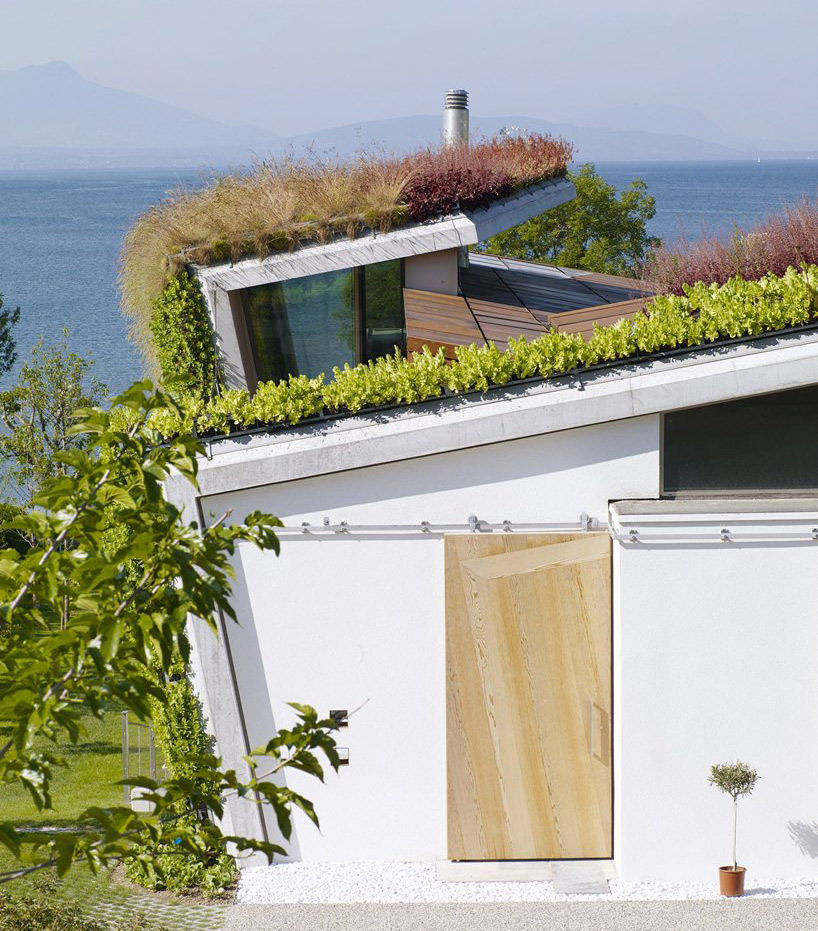 owned by an environmental consultant, it was necessary that architects at design paradigms create a structure emblematic of the client’s image. also taken into account, was the owner’s experiences abroad in asia. the scheme thus needed to be zen, without separating itself from the natural landscape and local typology, and energy efficient. in regards to the latter, ‘jewel box villa’ is held to the strict regulations set out within swiss minergy and minergy-eco programs. the home uses both active and passive energy sources with particular focus on solar and geothermal technologies. 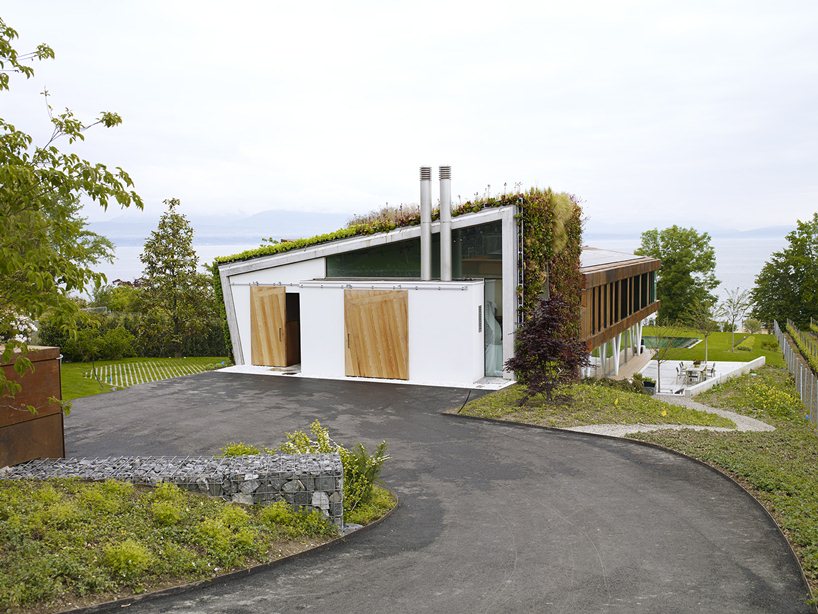 driveway and footpath to back yard

unfortunately, complying with the specific systems and materials put forth in swiss minergy standards placed a strain on the ideas of both the client and design paradigms. the compromised design still managed to maintain its commitment to local materials, and is built primarily with recycled concrete, steel, and wood. the outer shell is a multi-faced vertical garden that, aside from its aesthetic value, helps regulate heat-gain throughout the day. ‘jewel box villa’ was deemed as such thanks to the juxtaposed form, which gives the illusion that the home is being opened. glass and metal peek out from beneath, resembling the precious jewels within. 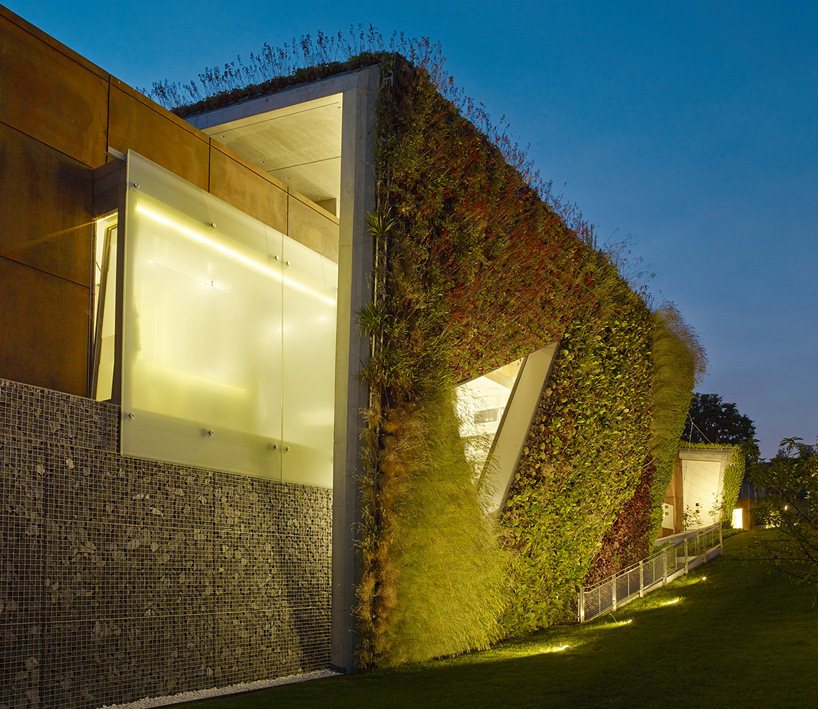 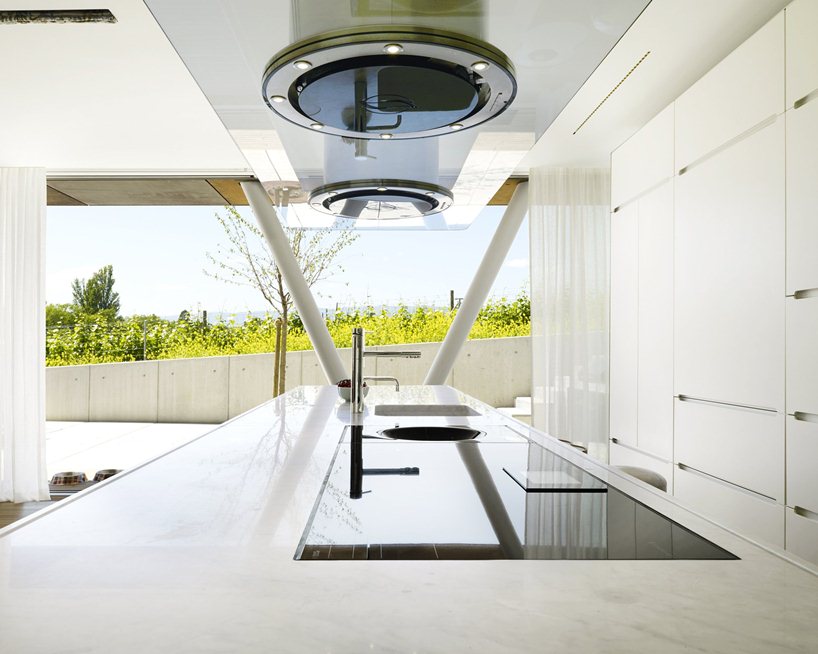 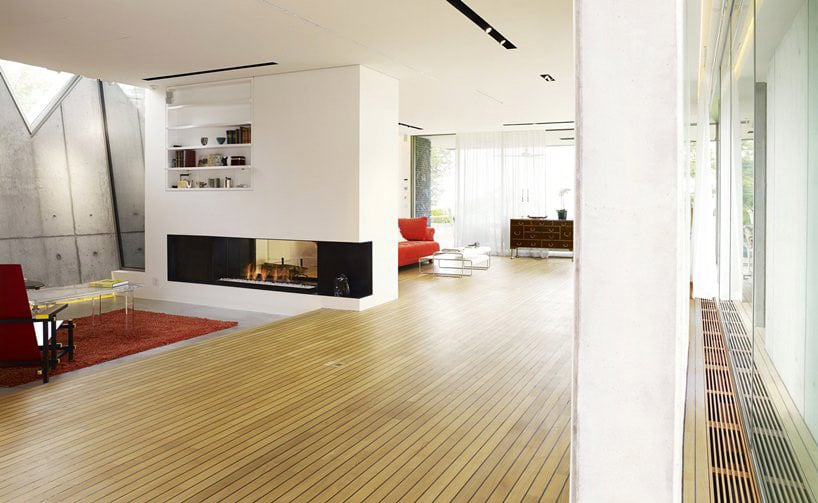 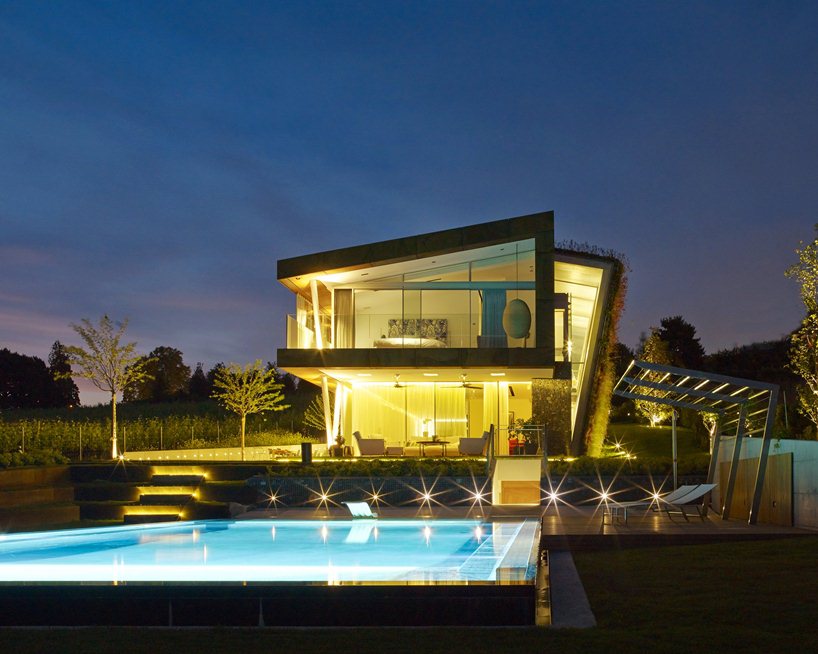 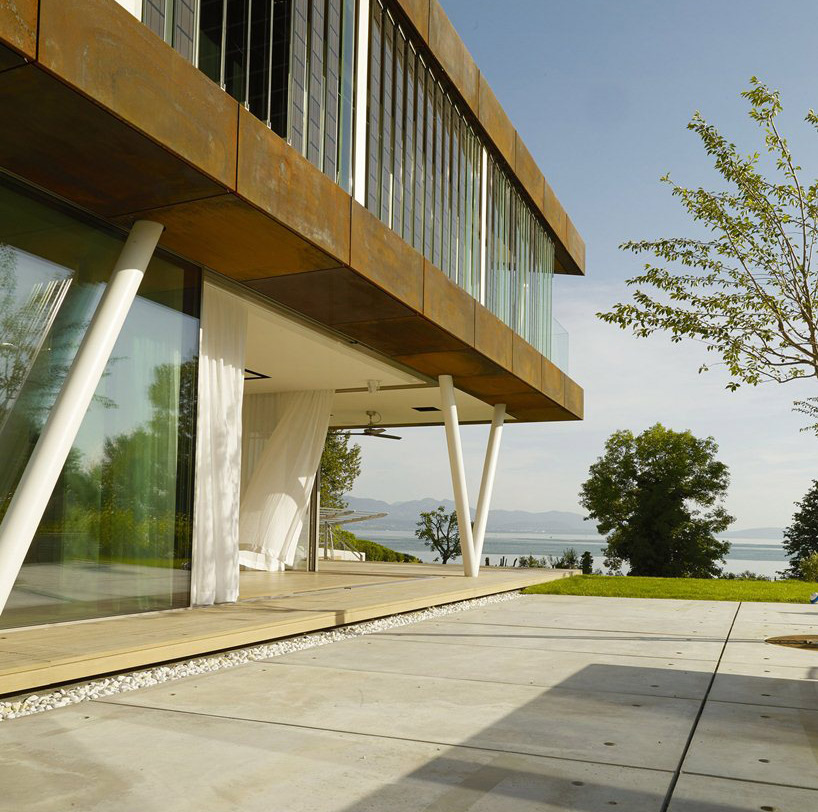 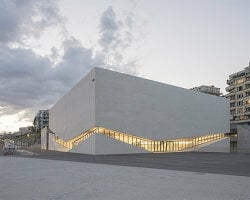 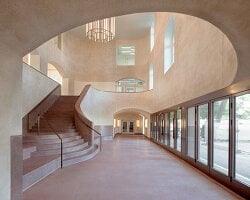