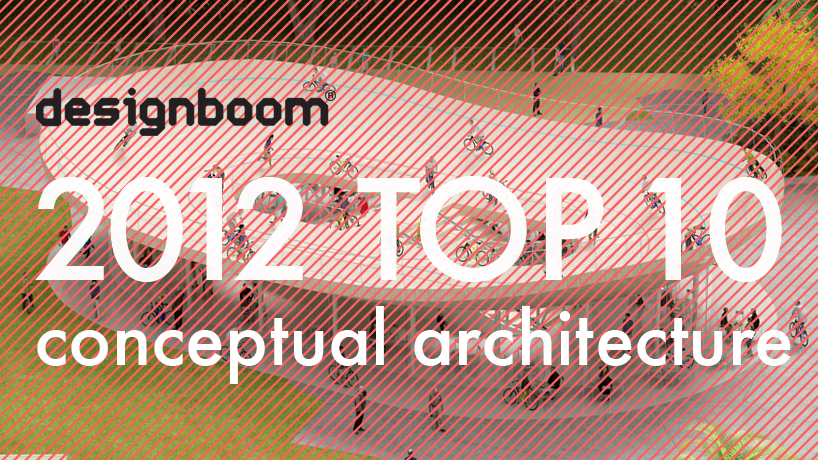 in the world of conceptual architecture, almost anything goes. concepts allow us to explore new frontiers, infrastructures, master plans, individual
spaces and details without the real-world constraints that tend to limit these radical ideas. it is a necessary exercise, to take ideas into the realm of
the unreal, later to be refined to produce new tangible results. ranging from all scopes and scales, the following ten projects represent the top viewed
conceptual designs of 2012: some of them have already made their way into the real world, others are on their way, and the rest will most likely remain
as important documentations of bold ideas.

the residential complex aims to give the user a quiet peaceful place where they view the landscape and reflect upon it and introspect in the recently declared
world heritage site. the form consists of a series of stacked planes molded with rounded edges that mirror the surrounding topography to become an almost
indiscernible mesh between the natural and the man-made. 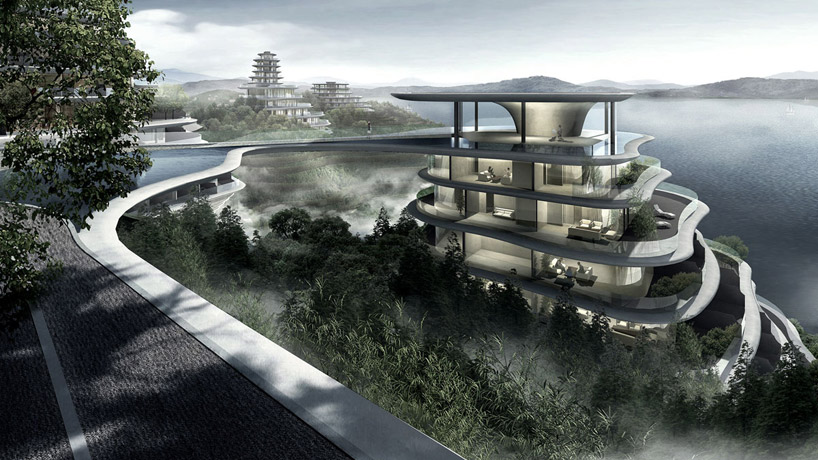 the new complex will include a residential component, retail and commercial spaces, a large convention facility and a five-star boutique hotel
situated next to the historical kalemegdan castle wall. the language connects the individual elements of the masterplan in a way which maintains
their uniqueness and creates the feel of a free-flowing urban layer that integrates into the architecture. 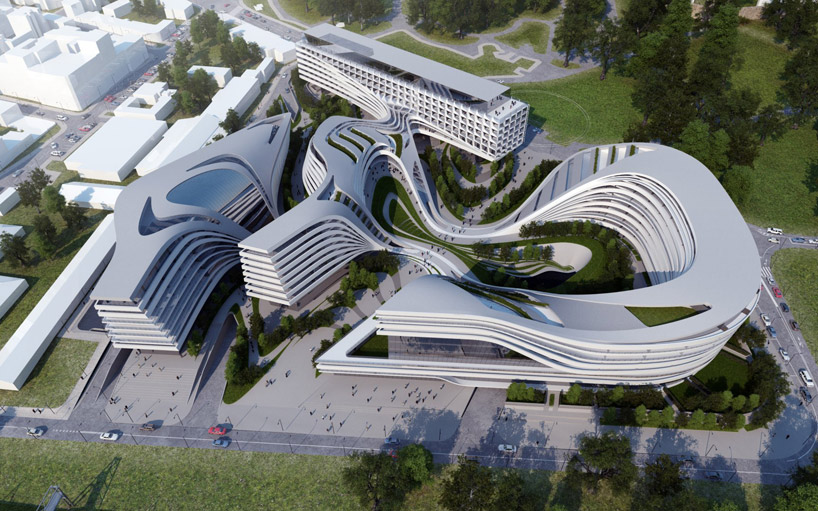 with its particular location at the edge of medieval beton hala, kalemegden park, sava river and adjacent to the fortress wall, the project seamlessly
grabs each cultural facet and entwines them into a literally spiraling structure of ramping ribbons in what fujimoto calls a ‘floating cloud.’ 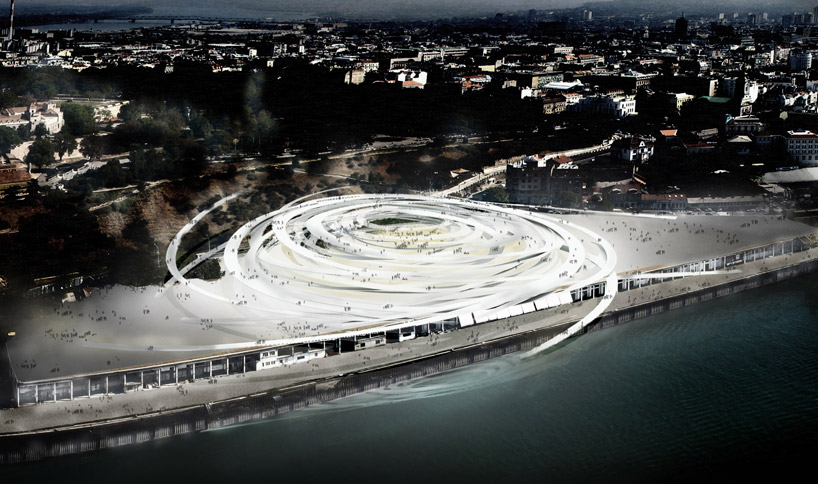 ‘FREE city’ is an urban prototype with a utopian vision designed by mexico city-based practice FREE. the scheme is envisioned to utilize the benefits of radial,
hexagonal and rectilinear grids to maintain radial organization, hierarchical zoning and logical growth. 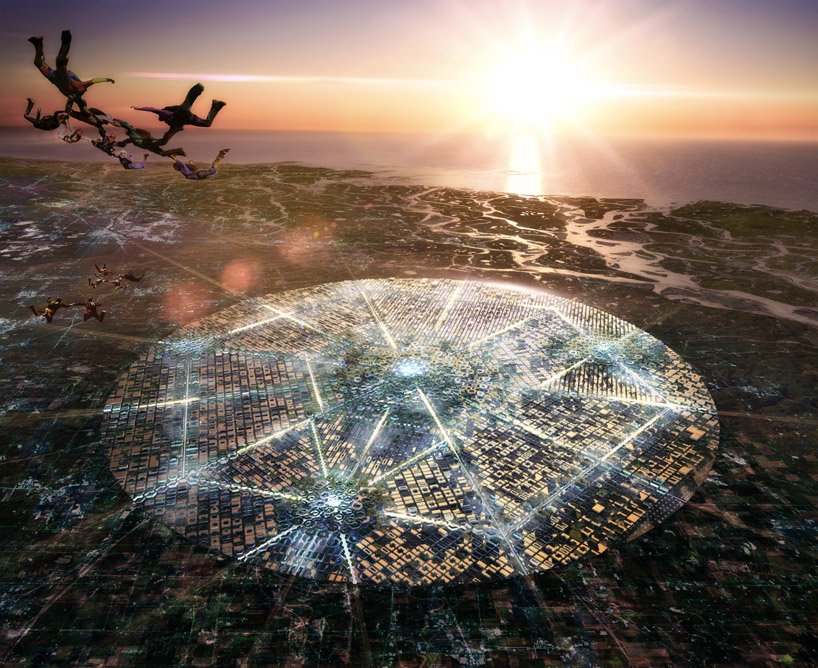 a rooftop cycling arena is supported by a glass-enclosed cafe at ground level. the oval-footprint structure’s protruding canopy is essential, due to
the tropical climate, to shade the perimeter seating, expressed with an elegant upward curvature of the eaves that evokes the form of the traditional
and functional pagoda. 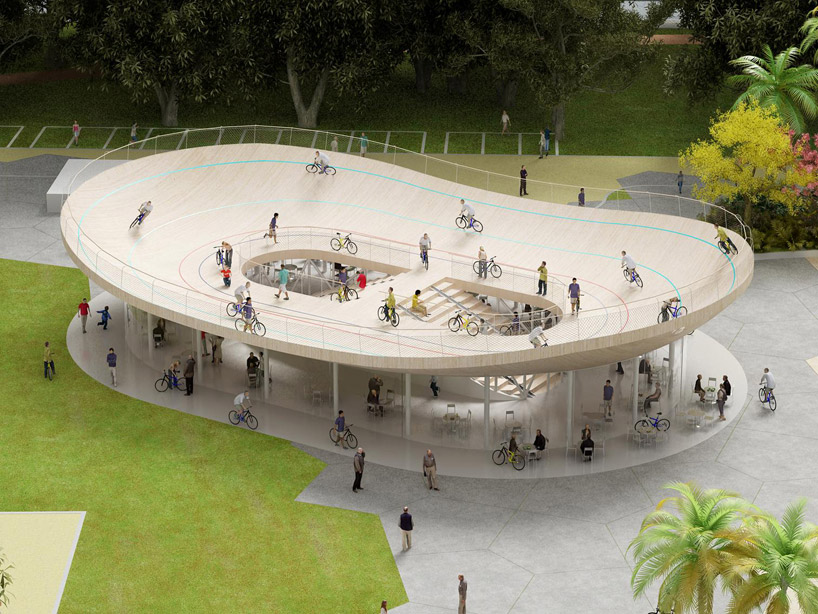 the proposal for the new natural history museum in denmark is a man-made mineral landscape which adapts to the organic forms of the botanical
garden situated in the centre of copenhagen where the institution is located – their extension is a formation of rocks which intersect with the
surrounding green park landscape. 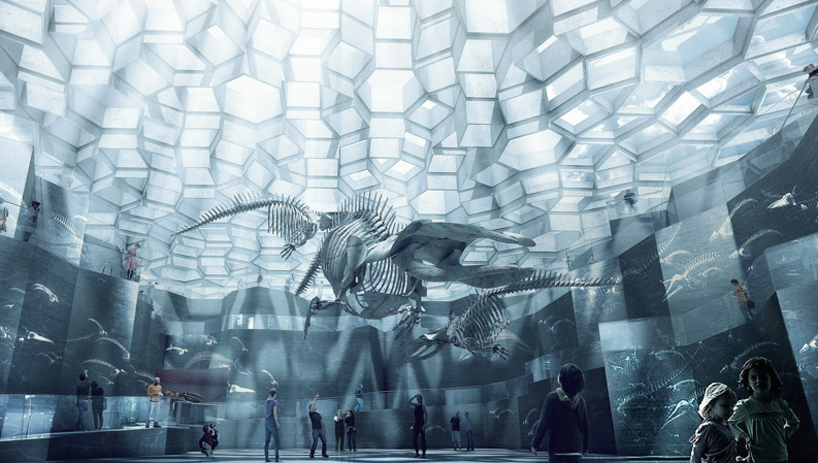 hara has commissioned structures from 11 renowned architects and designers for the venture including konstantin grcic, atelier bow-wow,
shigeru ban and kazuyo sejima. the heavy-weight designers having conceived custom-built homes for their canine clients – each tailored specific to
a particular breed of dog. 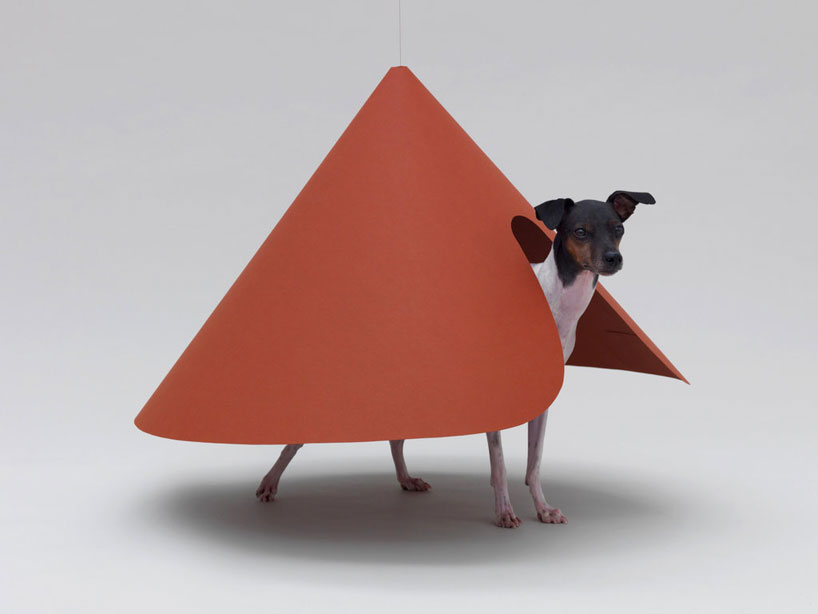 the overall design of the 2650m2 residence features two spatial components: the main program materializes from its hill-side location, housing the
more communal living and dining spaces, while an approximately 22-meter high tower structure reminiscent of a periscope, emerges upwards
from the central volume offering dynamic views of the surrounding wooded landscape. 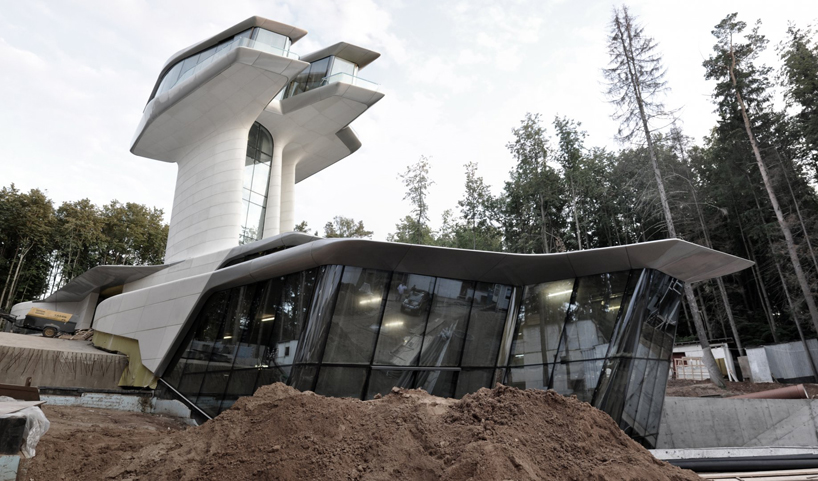 shortlisted for the 2012 japan national stadium international competition, paris-based dorell ghotmeh tane‘s ‘kofun stadium’ proposal takes the
concept of the green roof to its most extreme definition. considering the venue’s large scale, intervention and particular location in the middle of tokyo,
the design set out to create an earthen monument that would be hollistically integrated into the site, rather than a technologically foreign
vessel that could be located on any arbitrary site 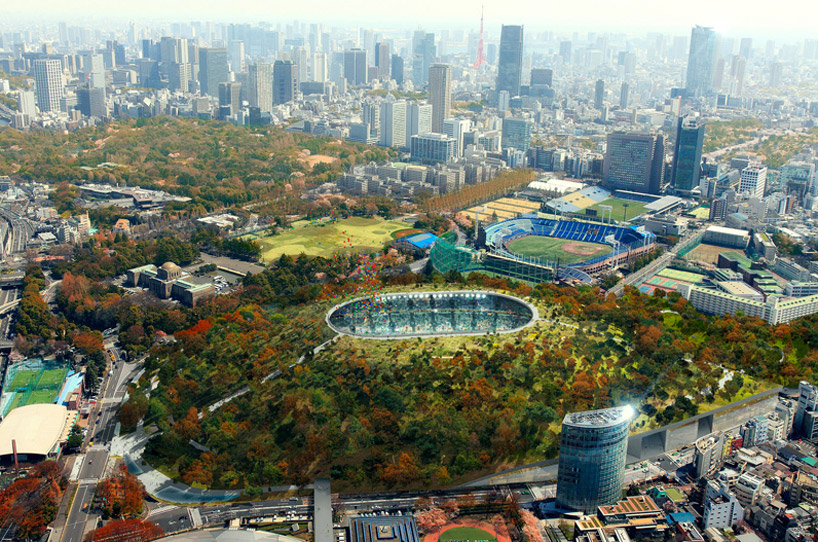 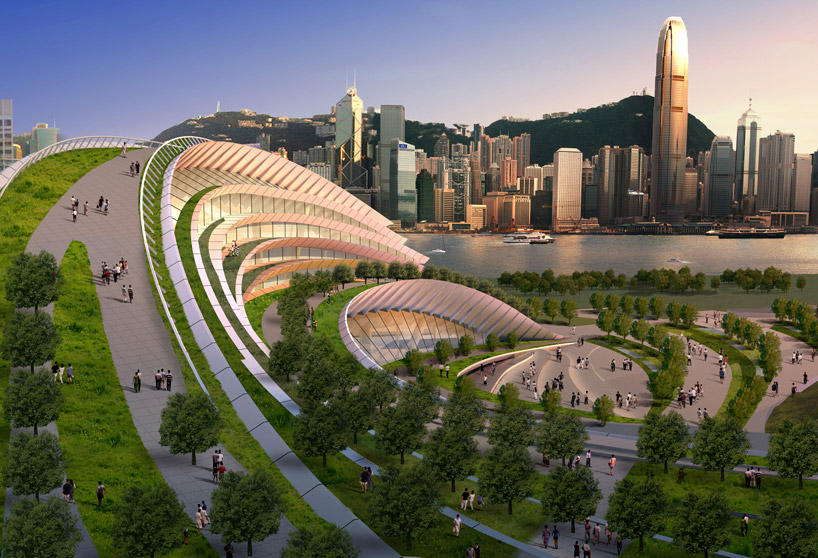