ever since william lebaron jenney’s home insurance building was open to the public in 1885, boasting the world’s tallest steel frame structure,mankind had began a race to build the tallest and the biggest structures around. the tower is not a new concept, as it’s been around since the pyramids, instead it is the way in which we achieve new heights which is truly groundbreaking. 2012 has seen a continuation of this infatuation with height, but it has also seen a new era of towers that play with space and construction, define iconic symbols and strengthen the identity of cities like never before. it seems that height has taken a back seat to how these vertical buildings can provide a healthier, more dynamic lifestyle for its inhabitants andcommunity. the following ten high-rise towers represent the most viewed structures focused on building upwards, each with their own set of unique principles and relationships to the context in which they find themselves.

continuous balconies wrap around the sinuous volumes, graciously marking each floor, and establishing a distinct exterior appearance. free of typical vertical barriers the towers represent a new type of residential architecture in the otherwise conservative city. the buildings consciously shift and rotate in response to the surrounding environment, establishing a dialogue between each other and the encircling community. 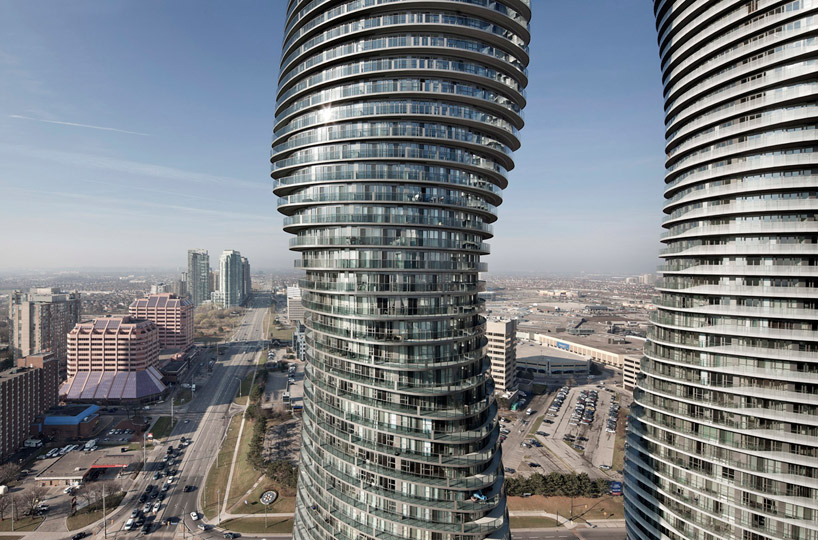 the capital city of arizona, USA will be receiving a new addition to its city skyline in the form of a large 70,000 square foot observation tower designed by BIG architects. a project commission by local developer novawest, the observatory is set to be a destination for tourists and city citizens alike,to enjoy the ‘valley of the sun’. 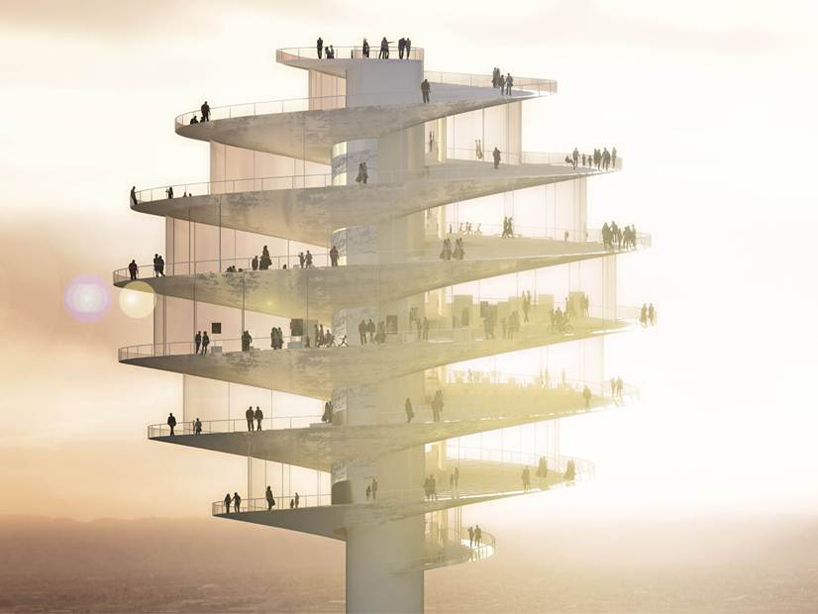 3. ‘ring of life monument in china’

china is quickly and fiercely pushing it’s way to become a global leader in many fields, exhibiting new and astounding feats including their newest monument now reaching completion. as the name suggests, the mammoth ‘ring of life’ in fushun is a 157-meter diameter metal ring made using 3,000 tons of steel, illuminated by 12,000 individual LED lights in what will most likely be a very coordinated impressive light show,complete with four elevators to help visitors to the top. 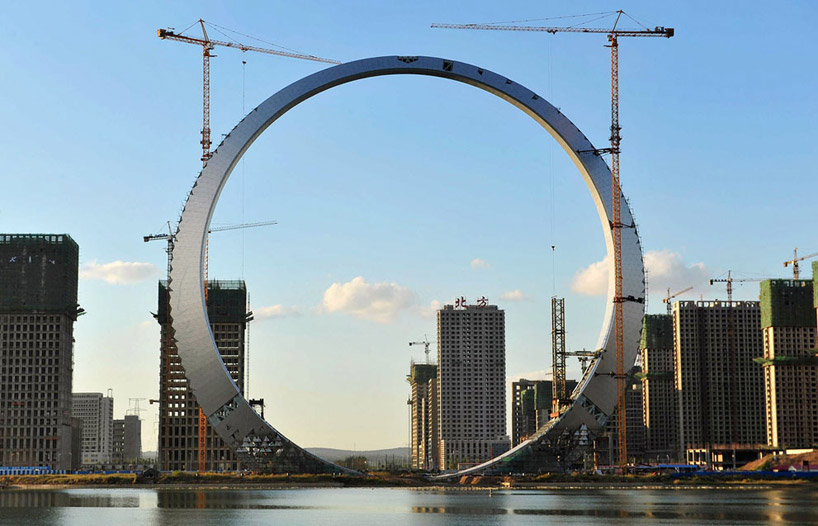 4. ‘the shard tower’ by renzo piano

commonly referred to as ‘the shard’ and formally named ‘the london bridge tower’ by italian architect renzo piano is now complete and open to the public in london, england. currently the tallest building in europe, the skyscraper stands 309.6 meters above the new london bridge quarter in the south bank district. a centerpiece to the 2 million square meter development. the structure will be divided into 12.000 m2 of office space – a 750 m2 panorama restaurant most likely featuring a one room hotel; with 1350 m2 of retail space in the base of the building in addition to three levels of underground parking. 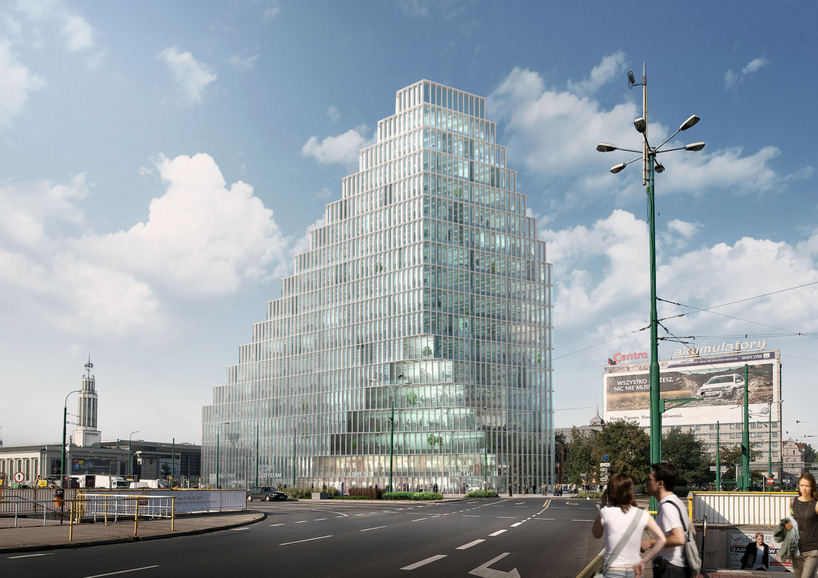 canadian-born and los angeles-based architect frank gehry has completed ‘opus hong kong’, a residential property positioned on top of a winding hillside road in the metropolitan city. the tower is comprised of 12 residential units, two double-level garden suites with private swimming pools on the lower levels, and 10 custom apartments, each occupying an entire floor with unprecedented 360° views, ranging from 560 – 640 sqm in space. 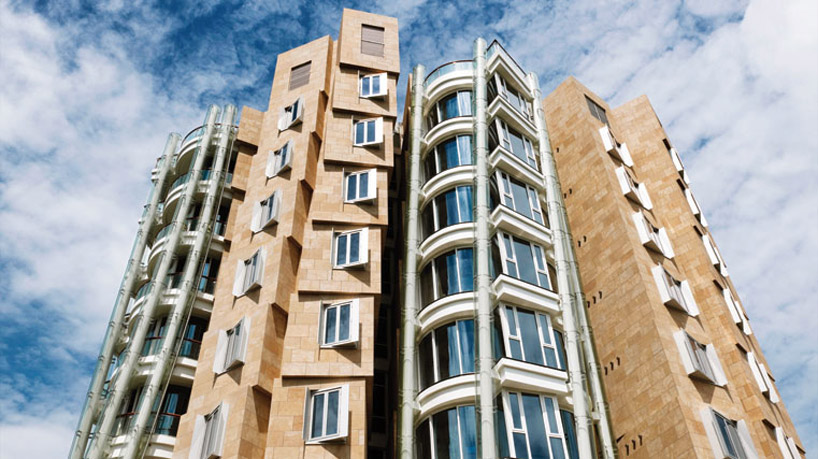 finally completed, the OMA-designed ‘CCTV headquarters’ in beijing will open its doors to television broadcasting this year. this reinvention of the typical skyscraper forms a looping tower with a dramatic cantilever, representing the firms first major project in china as well as its largest overall building. beginning as a winning competition proposal in 2002, construction for the 473,000 square meter structure began in 2004. 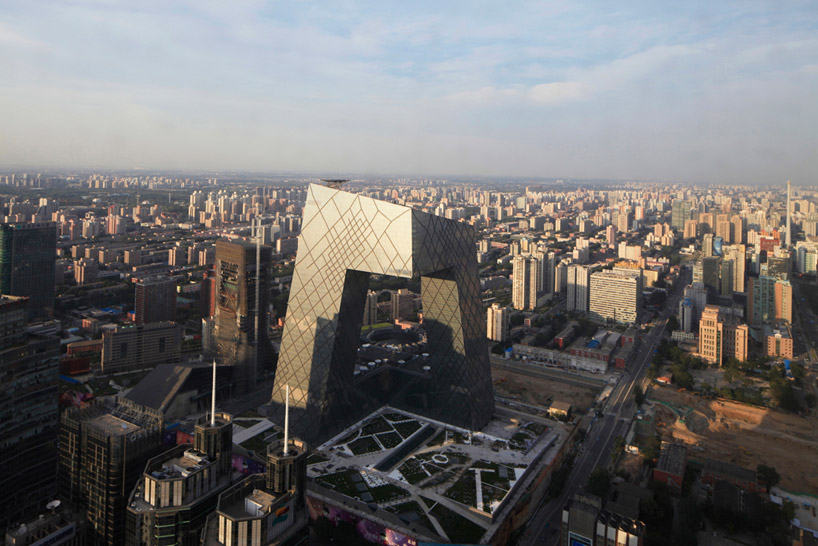 the iconic high-rise will host an eclectic range of program, from the usual retail, housing, offices, restaurant, viewing platform, luxury hotel and four floors of parking, to an integrated wedding house, mosque, imax theater and an outdoor amphitheater all under lush rooftop gardens that inject more green space into the developed urban context. 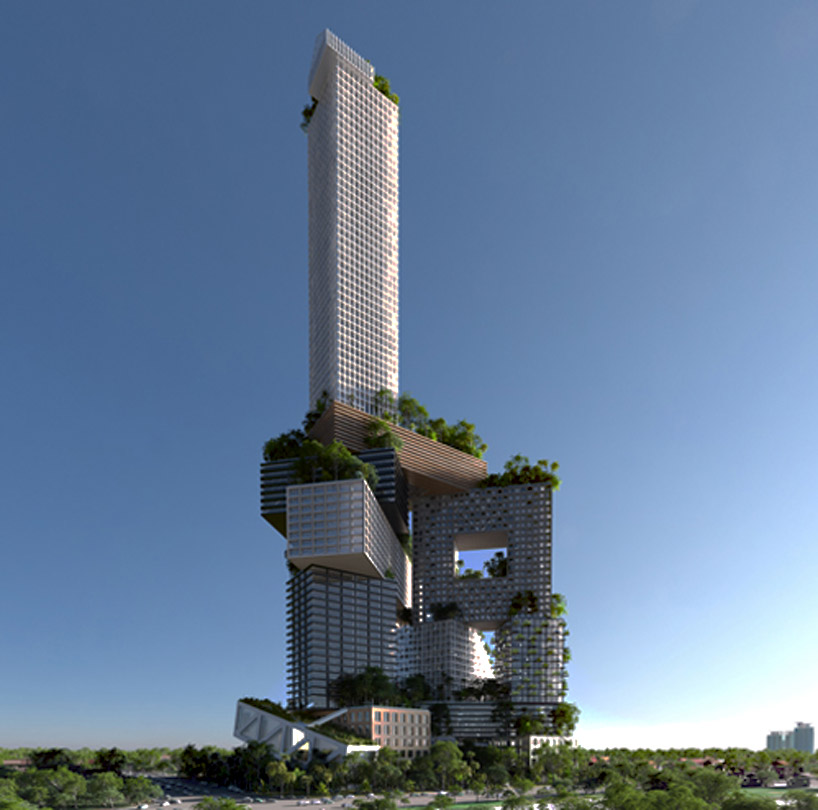 a residential tower which will become a gateway to the city of vancouver, canada, joining the skyline as the fourth tallest building. the site is traversed by the branching granville overpass, leaving the complex divided by the adjacent elevated highway. 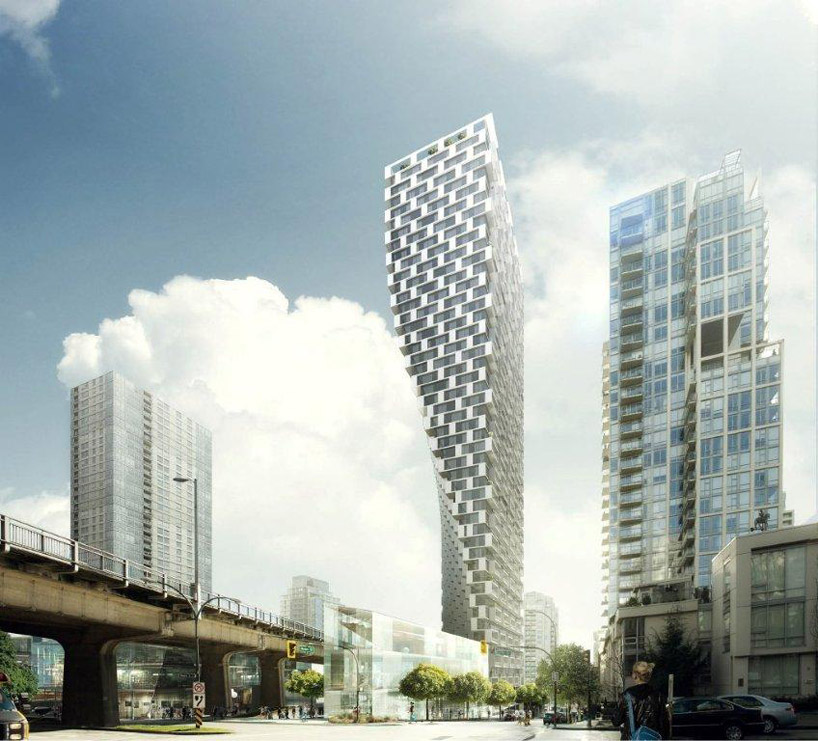 unlike other hotel projects which usually consist of reconstructing new interiors within existing buildings, these accommodations have been conceived from scratch whereby the interior and exterior of the structure are connected physically as well as aesthetically. 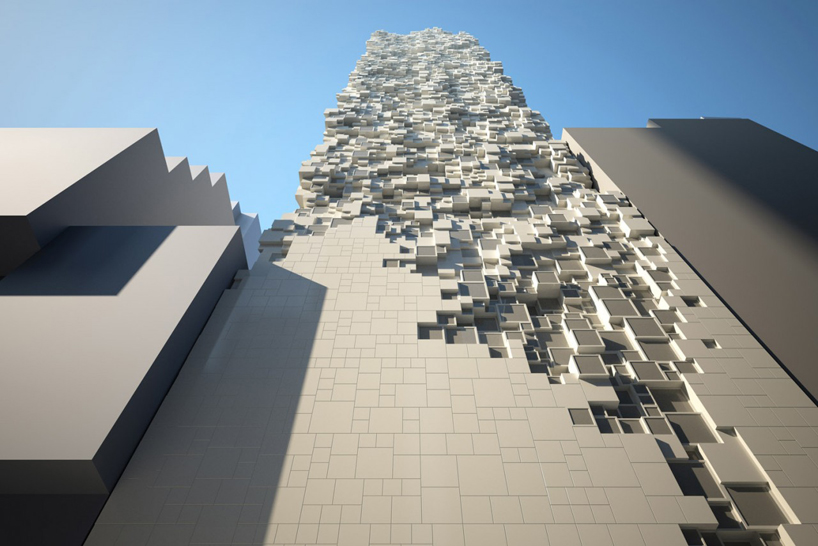 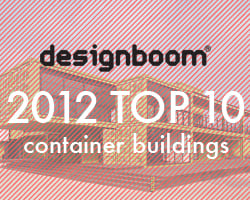