‘vertical city’ by british architecture collective desitecture is a proposal situated on 23 de enero caracas, venezuela – which was originally designed to become a mass housing block for residents to live and work in.

on january 23rd, 1958, when the dictator president jimenez was ousted following a military coup, masses of homeless and lower class citizens flooded into the tower and it has since become known as 23 de enero.

to cope with the threat of eviction, the residents became more organised and networks of exchange and communication formed within the towers which became self contained micro communities. 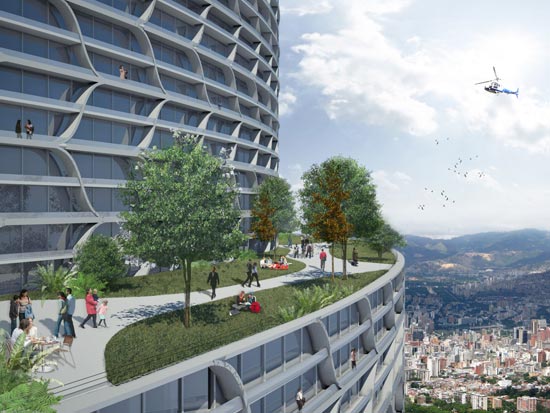 as the area on which the tower is constructed is that of slums, this gives value to previously worthless land. the stakeholders now have the option of either relocating altogether, though this would break up the established sense of community, or to move out of the slums and into the emerging micro economic community of the tower while deriving an income from their share in the land development.

the 180-storey tower appears to be a twisting cantilever, but is in fact a simple structure with only the top cup containing a cantilevered element.

the main support is the vertical and diagonal structural frame containing circulation and services. this system runs through all three cups and within the first forty five storeys, supports the palette shaped overlapping gardens and city farms.

beneath the tower are four levels of vehicular access and parking that covers an expansive area. it incorporates the piled structural legs and the diagonal main composite core, acting as a stabilizing counterweight to the tower. the inner structure of the cups is a diagonal grid into which the wheat sheaf pattern of woven individual units are embedded. 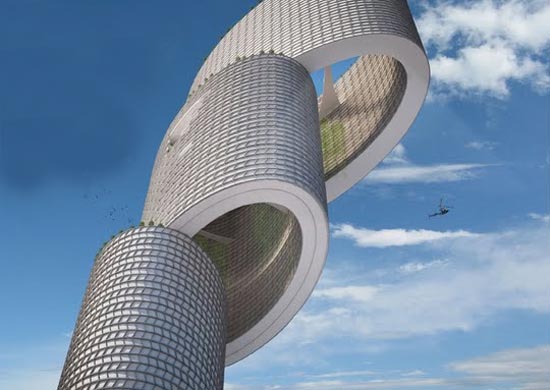 the three cups are meant to define distinct user groups and activities while remaining connected. they could contain: retail, hotel, apartments; or social housing, local administration and offices etc. the tower encompasses elements of work, leisure, home and a sense of place. access to and from the tower takes many forms such as cable car, helicopter, water taxi car or metro.

bars, cafes and restaurants will flourish in such a climate, taking their cue from the many roof top spaces. the hope is that the tower will become a destination in its own right with 24hr zones of activity. the external skin elements of the tower are made of a lightweight composite. precast units contain a hollow structure which has embedded micro turbines. this transforms the skin into a wind energy, generating surface, providing power to augment photovoltaic panel solar collection. within the inner skin, the effect is enhanced as natural convection assists the production of energy. 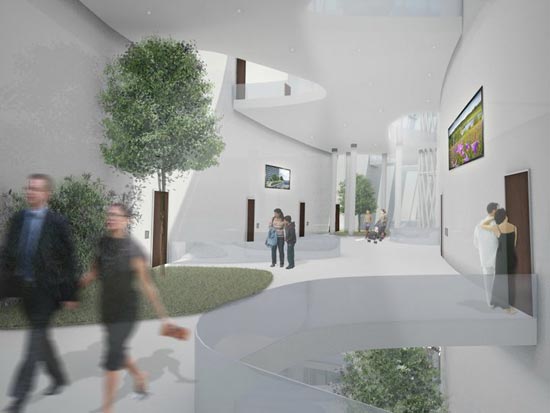 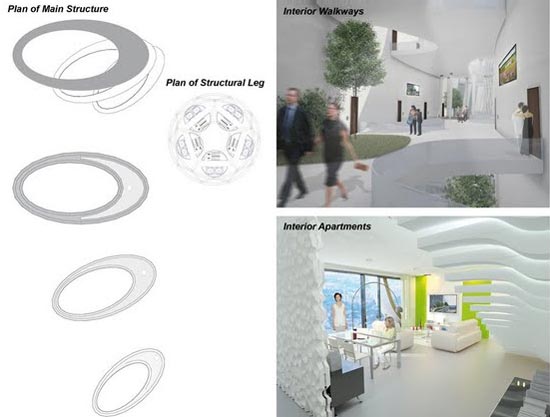 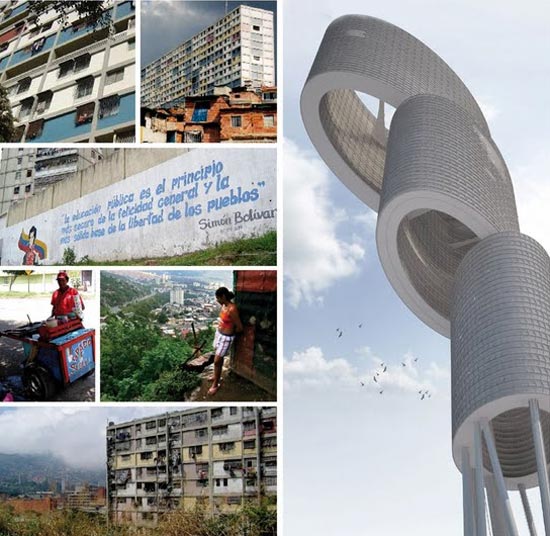 photos of the present site of 23 de enero