the densely populated residential area on the inner side of dosan-daero, seoul is a site in which civil complaints clash and height limits are rarely respected. it is within these constraints that dia architecture has developed the ‘nonhyun limelight music consulting’ headquarters. 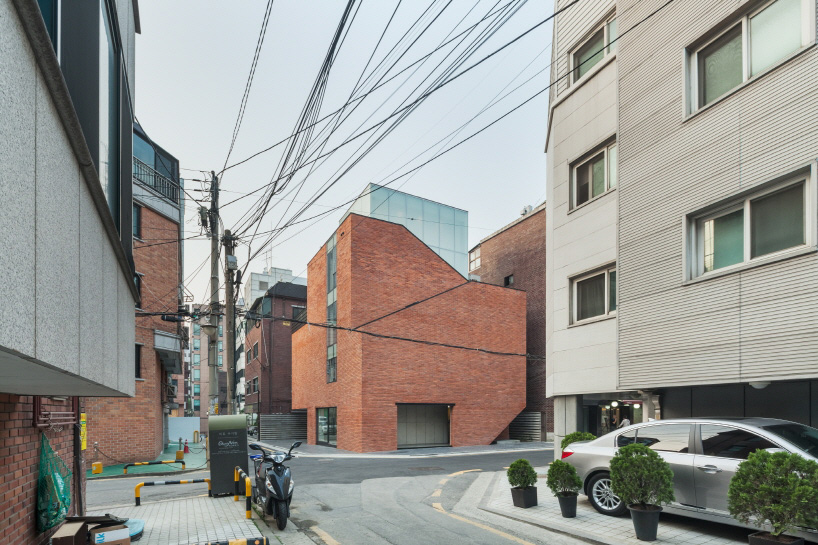 the mass was folded according to the slopes of the stairs to avoid a steeply set geometry. by decreasing the volume as it ascends along the straight circulation path, skylights were able to be placed at each level. in regards to other voids in the architecture, the building’s purpose is to provide the company with a recording studio. this has instigated serious complaints from local residents, which have restricted opening up the outer wall, with its closed figure naturally leading to a selection of bricks. though the units were chosen in accordance with the surrounding multiplex housing, by creating a surface of used clay blocks, an old faded aesthetic was achieved. 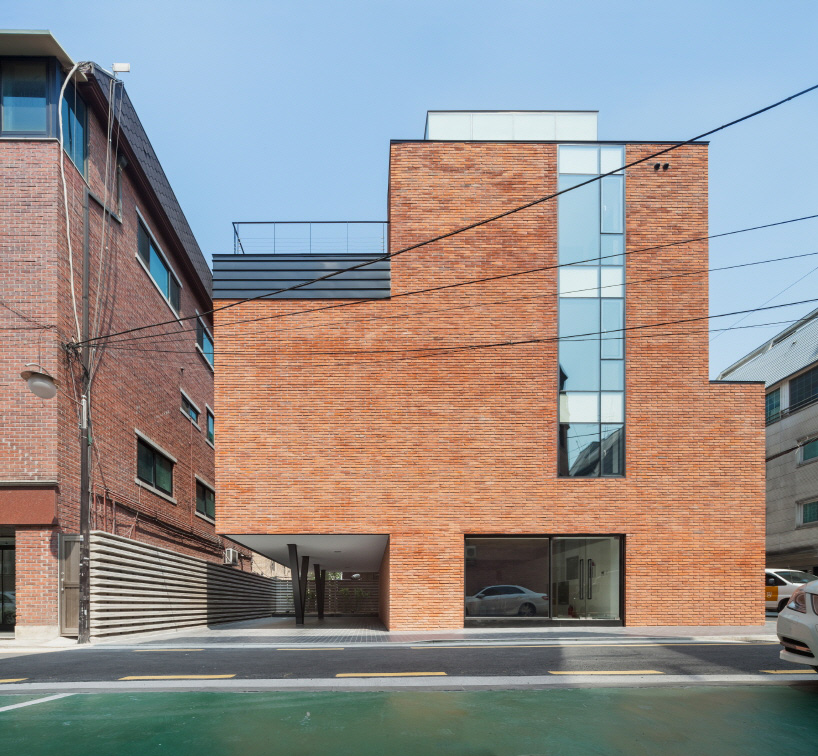 the sound booths on the second and third floors were designed to have no columns by using the windowless outer wall as a structure. above, the enclosure containing the office on the fourth and fifth floors was built with a light transparent box to relieve the weight of the structure. the upper piece is supported by V-shape steel column in the ground floor car park, transferring the weight to the underground reinforced concrete column. by inserting a commercial building in the block of multiplex housings, a nuance of change was initiated by partially combining the light gestures of steel structure on the familiar brick building. 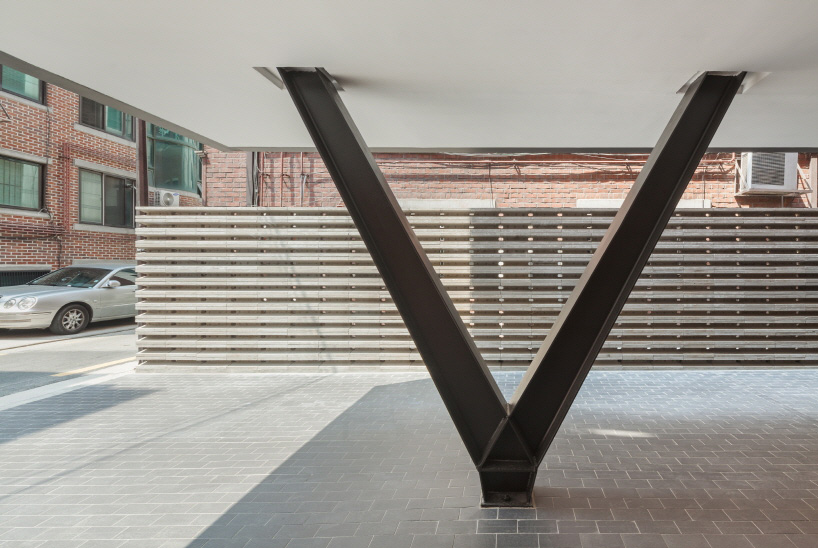 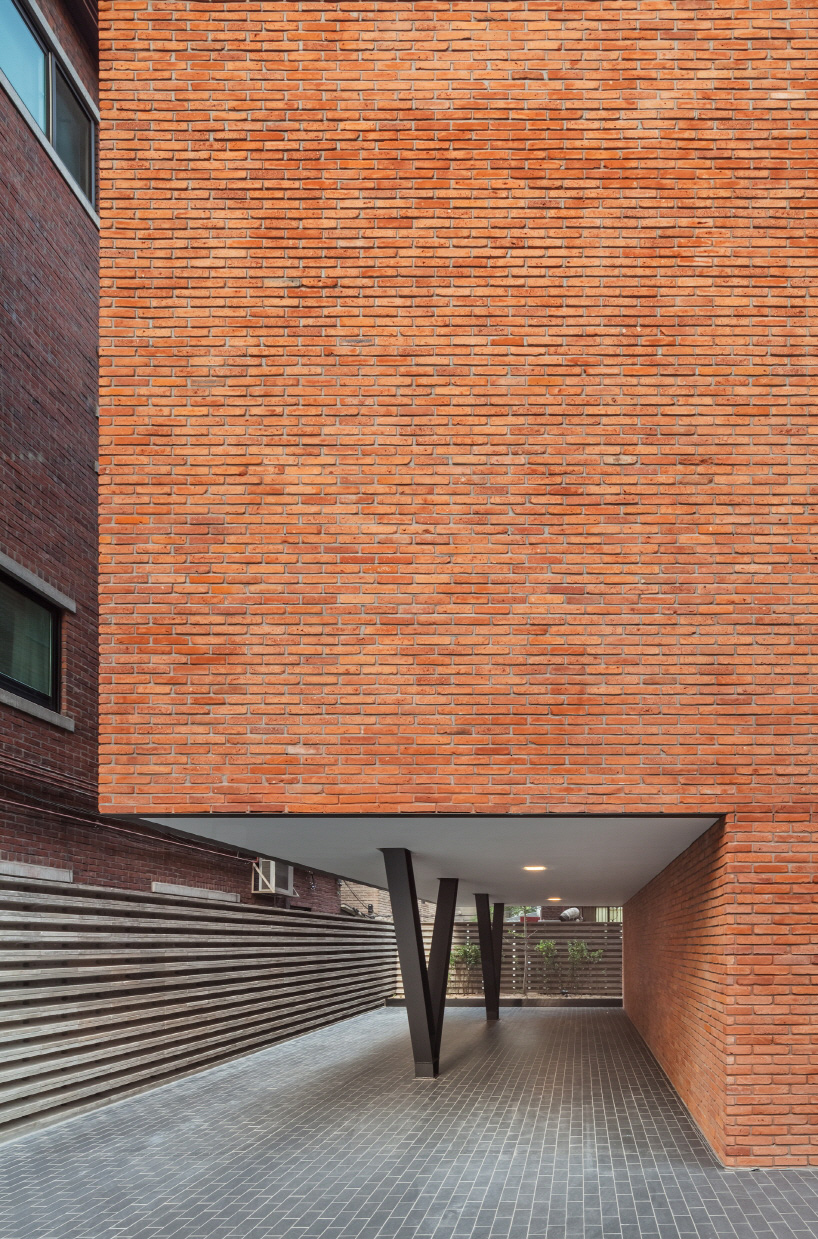 the façade is composed of used bricks
photo © kyungsub shin 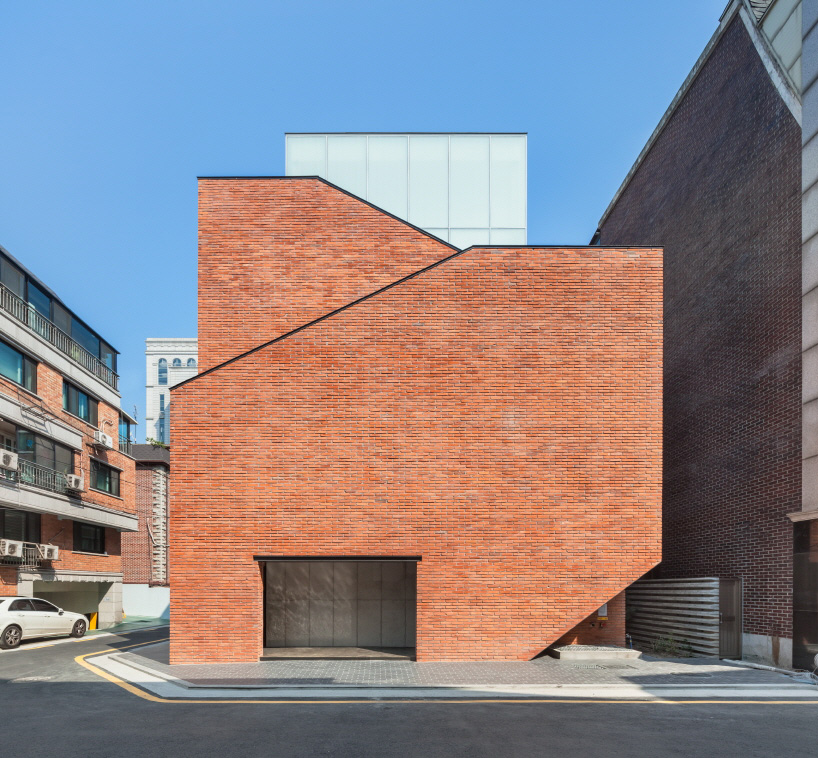 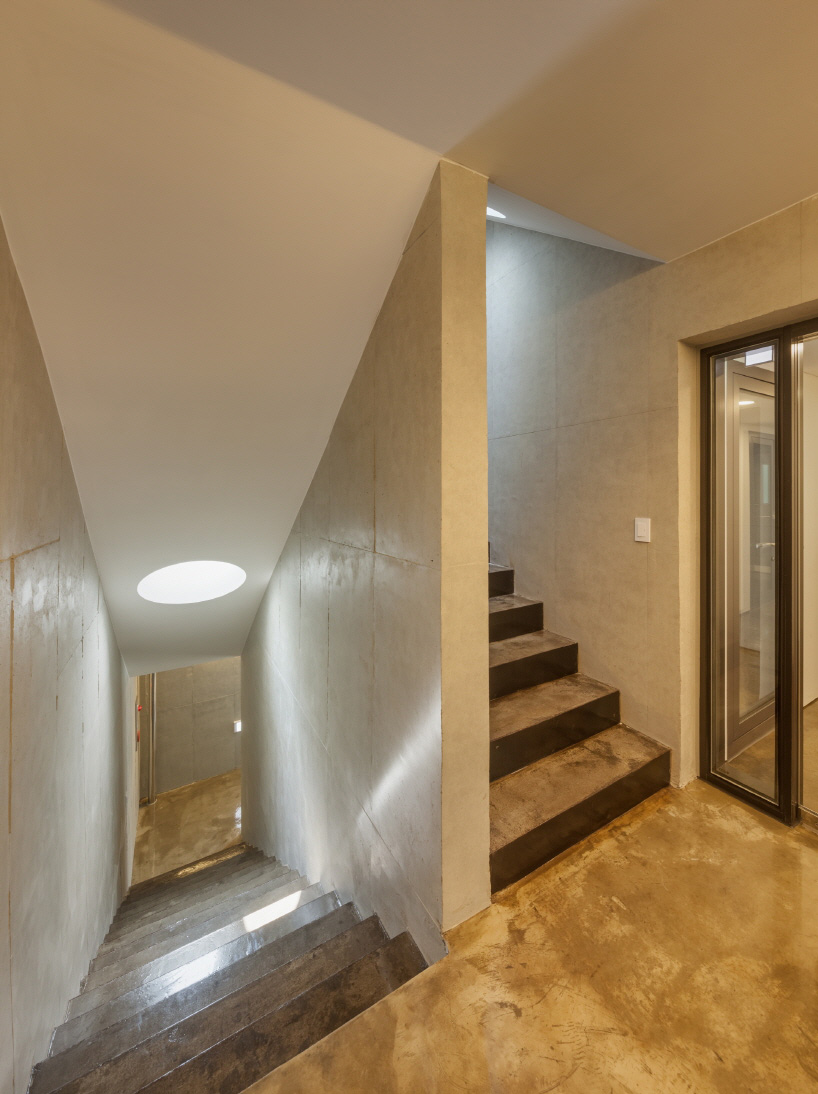 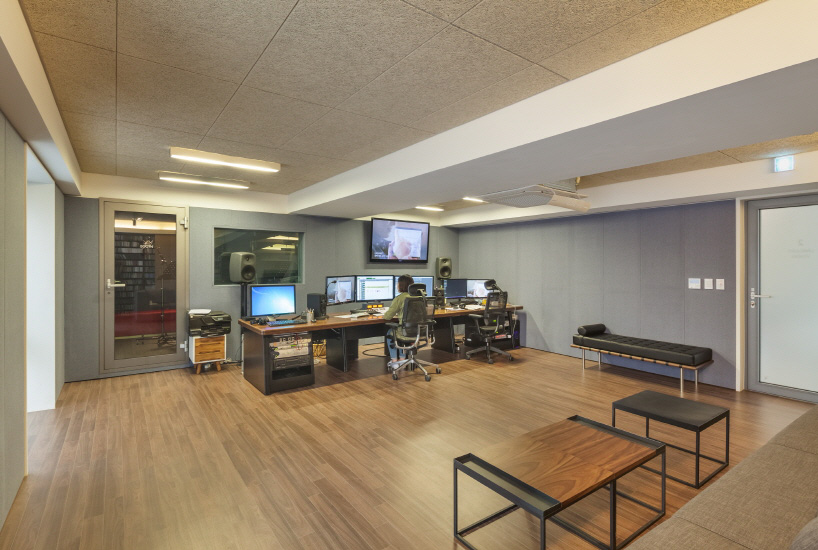 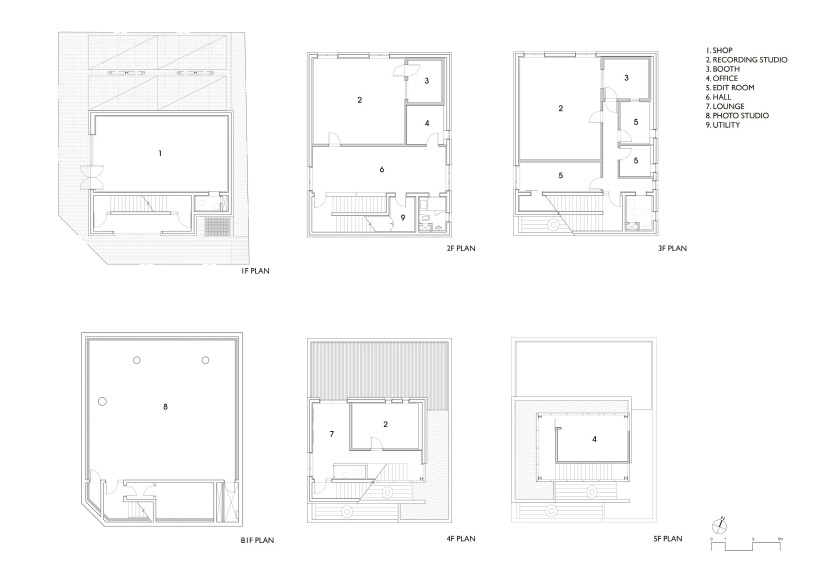 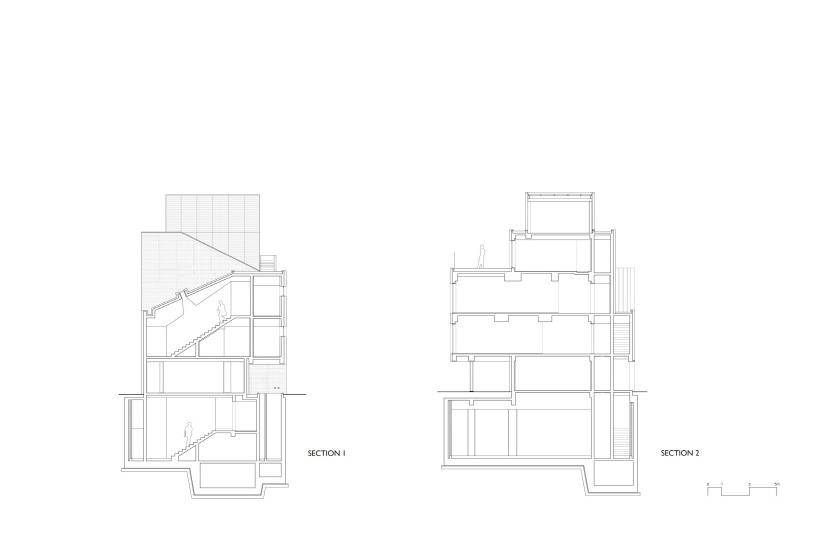 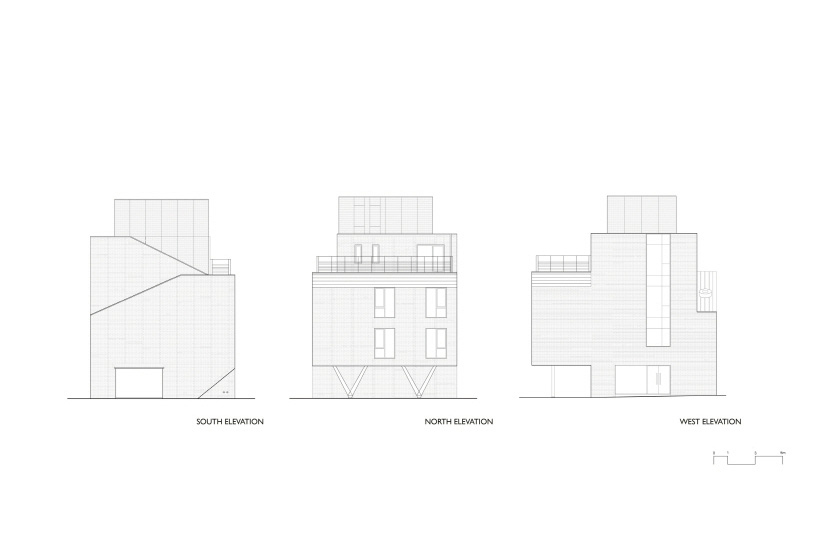 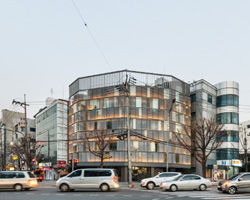