canadian practice diamond schmitt architects offers an exclusive glimpse into their latest project where they transform a 1900-seat toronto centre for the arts into two performing venues. changing the nature of the purpose-built room meant working with the existing infrastructure as much as possible, while at the same time, radically changing its appearance and functionality. 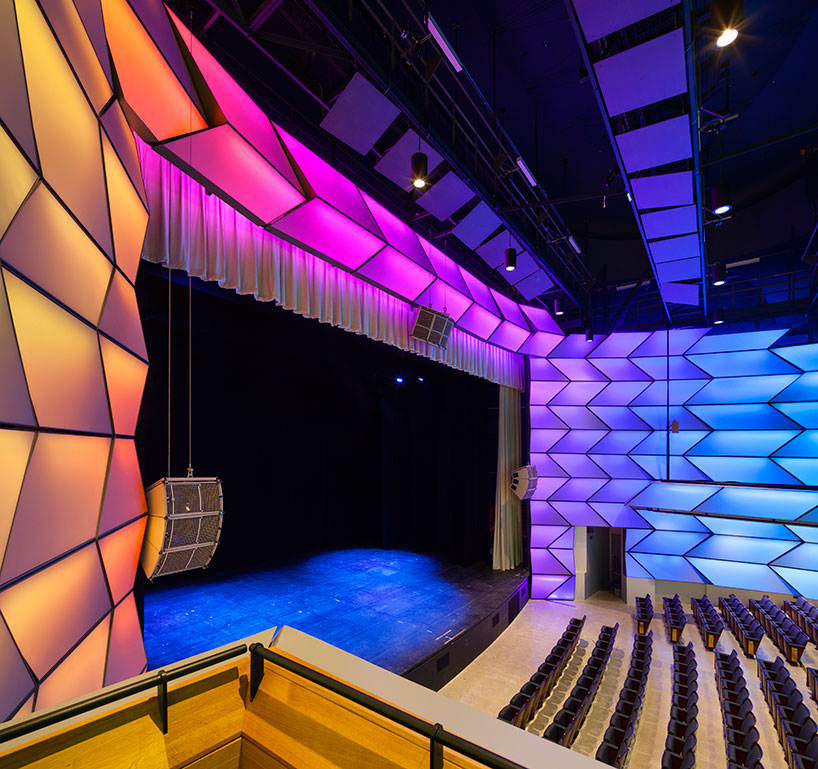 the lighting in each chevron panel can be controlled separately, presenting infinite possibilities of color effects
all images © tom arban

initially, gary McCluskie from diamond schmitt architects has determined the appropriate dividing line to accommodate the program at the toronto centre for the arts: a 580-seat lyric theatre and flexible 300-seat black box. the proscenium of the original stage is chosen as the separator, while a double-wall construction with acoustic and vibration mitigation between both is built to achieve the required mass and sound separation. now, the larger room occupies the seating of the former theatre. twelve rows are removed to build the stage — complete with wings, overhead catwalks, a steel grid and rigging system. the rake of orchestra and balcony seating has been augmented to align with the geometry of sightlines for shorter viewing distances to the stage.

a signature design feature effectively reduces the size of the room, provides a distinct identity and enhances the experience. addressing all three objectives is a system of lightweight and internally lit acoustic panels that surround the audience, defining the new proscenium. even more, chevron shaped and fabric-faced panels line the newly defined perimeter of the house to create a curving facetted enclosure around the audience and across the front stage. steel frames anchored to the existing walls support the chevrons, while programmable LED light fixtures installed in each are wired back to the lighting control system. this dynamic feature allows new kinds of creative expression by enveloping the entire room in colour washings that respond to the dramaturgy.

a different approach is taken for the black box where existing volumes are celebrated rather than concealed. this space takes full advantage of the former main stage with tantalizing sightlines of the soaring fly tower above. by not enclosing this original feature, it is possible to incorporate the 33-metre-high space in a theatrical manner. a state-of-the-art tension grid system for hanging lights and backdrops is an unobtrusive solution to keeping the void visible — highlighting the volume and scale of the original tower. colour changing LED lights are mounted to the base of the existing rigging as an illuminated vertical screen of steel and cables up the back of the theatre. in the future, should popular taste swing back to the previous broadway-style format, the design can be reversed to its original configuration. 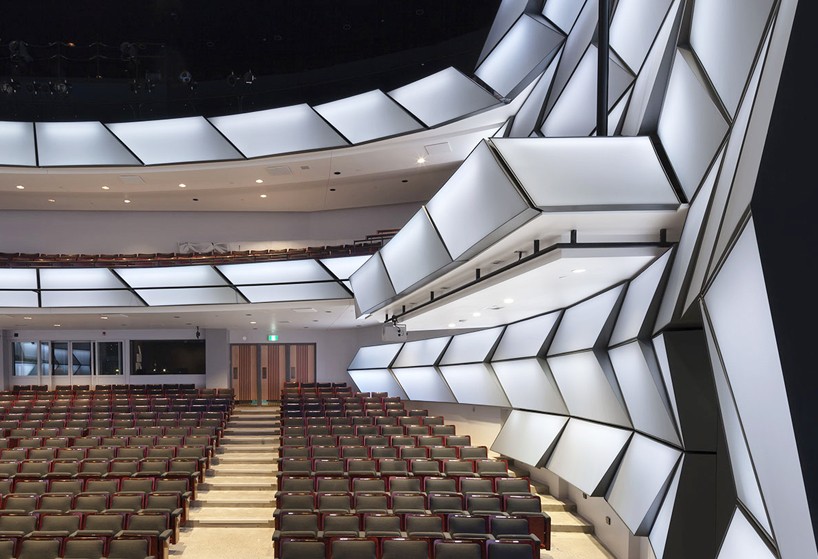 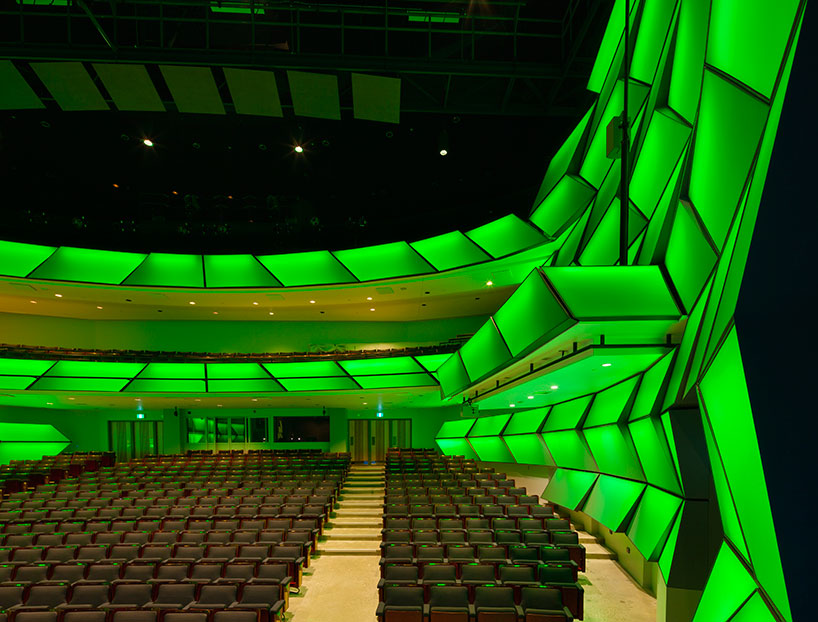 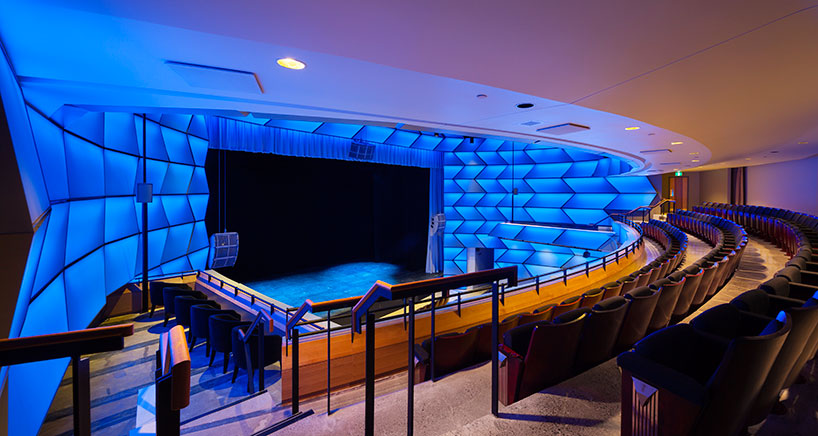 view of the 550-seat lyric theatre 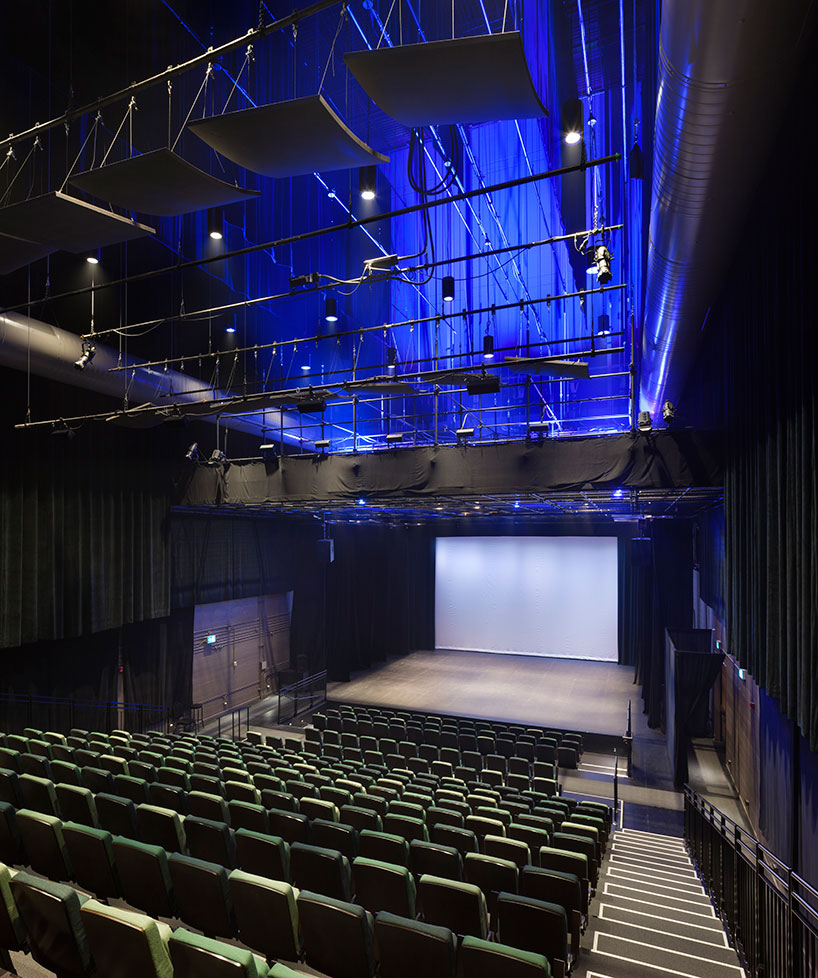 the greenwin theatre is open to the 90-foot-high fly tower, a space which can be lit for performance 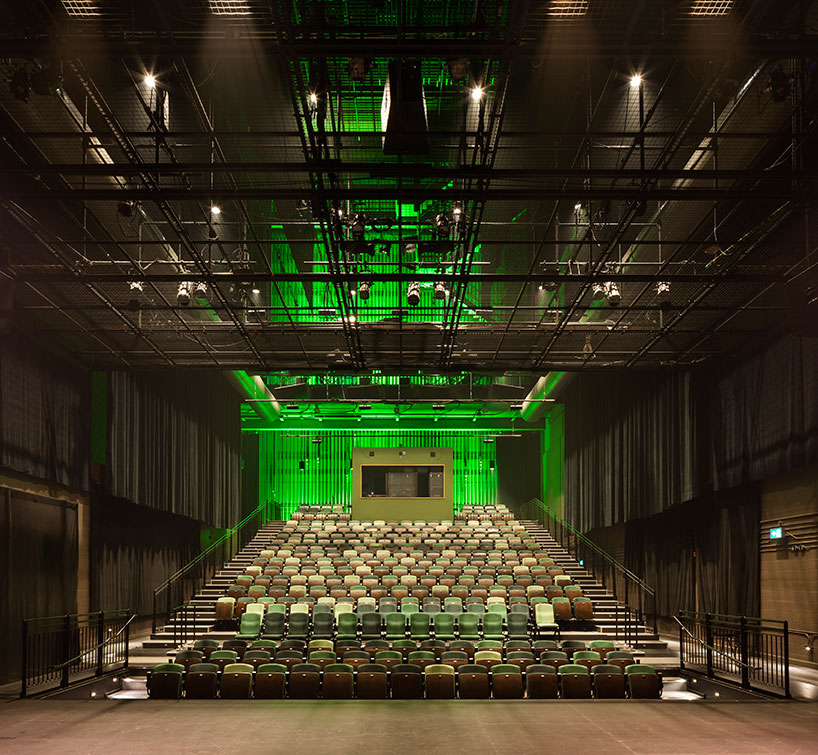 Oct 28, 2020
matteo thun adds hospitality aesthetics to waldkliniken healthcare facility in germany
the idea is to make the patient feel more like a hotel guest than anything else.
architecture
276 shares
connections: +300

Oct 27, 2020
jean nouvel to sculpt saudi arabian landscape to create subterranean resort and hotel
the french architect has designed a range of spaces that immerse travelers in the ancient landscape.
architecture
806 shares
connections: +660