‘small scale, big change: new architectures of social engagement’ is a new exhibition opening on october 3rd, 2010 at MoMA, new york. the show presents eleven architectural projects on five continents that respond to localized needs in underserved communities. the innovative designs signal a renewed sense of commitment, shared by many of today’s practitioners, to the social responsibilities of architecture. these undertakings not only offer practical solutions to known needs, but also aim to have a broader effect on the communities in which they work, using design as a tool.

one of the eleven architectural projects featured in the show is a primary school in gando, burkina faso, africa by architect diebedo francis kere. designed in 1999 it was the first building of the architect and was completed while the architect was still studying. 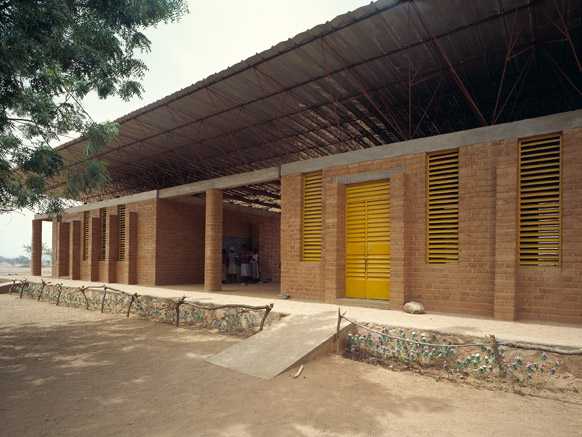 to achieve sustainability, the project was based on the principles of designing for climatic comfort with low-cost construction, making the most of local materials and the potential of the local community, and adapting technology from the industrialized world in a simple way. it was also conceived as an exemplar that would raise awareness in the local community of the merits of traditional materials. 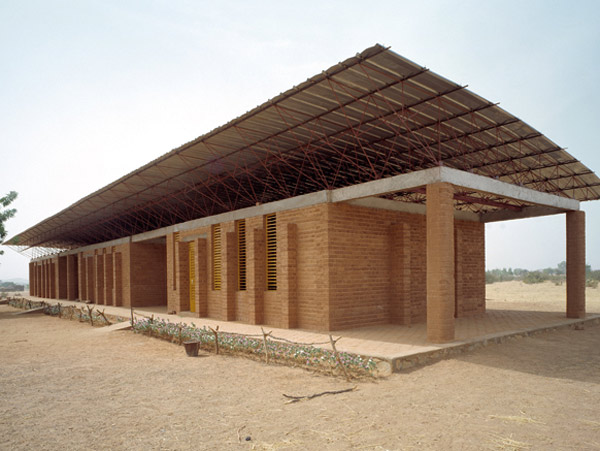 climatic considerations largely determined the building’s form and materials. three classrooms are arranged in a linear fashion and separated by covered outdoor areas that can be used for teaching and play. the structure comprises traditional load-bearing walls made from stabilized and compressed earth blocks. concrete beams run across the width of the ceiling, and steel bars lying across these support a ceiling also of compressed earth blocks. climatic comfort is also ensured by the overhanging roof, which shades the facades, by the raising of the corrugated metal roof on a steel truss, allowing cooling air to flow freely between the roof and the ceiling, and through the use of earth blocks for the walls, which absorb heat, moderating room temperature. 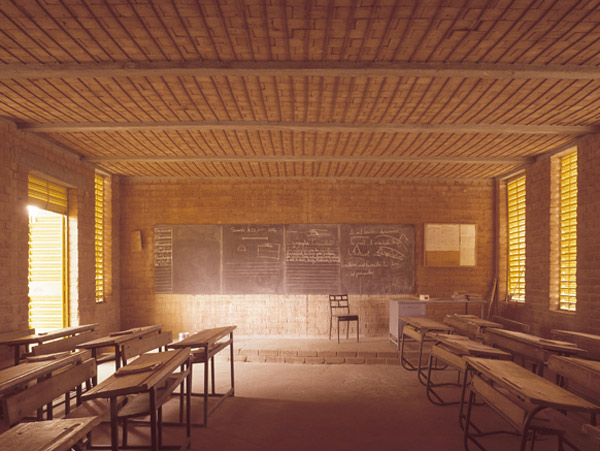 the roof form was dictated by practical considerations: it was not possible to transport large elements to the site from afar, nor economically viable to use lifting machinery such as cranes. instead, the architect devised a process whereby common construction steel bars were used to create lightweight trusses, with corrugated metal sheeting laid on top to form the roof. all that was necessary was to teach people how to use a handsaw and a small welding machine. 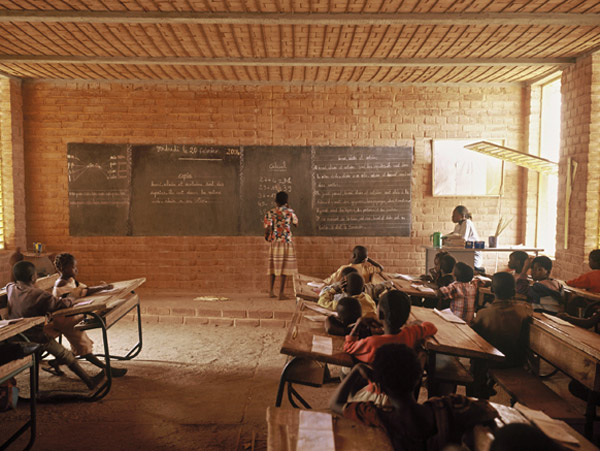 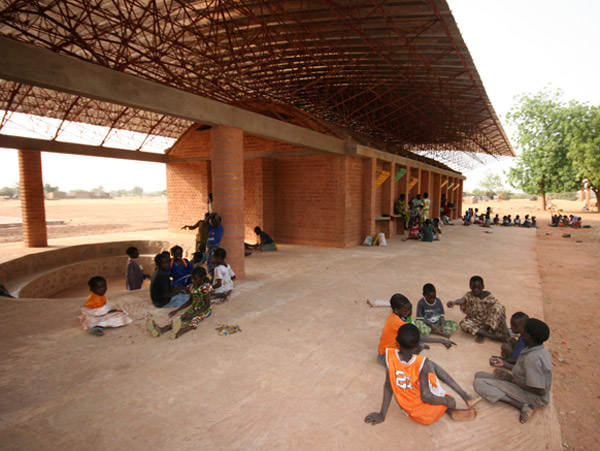 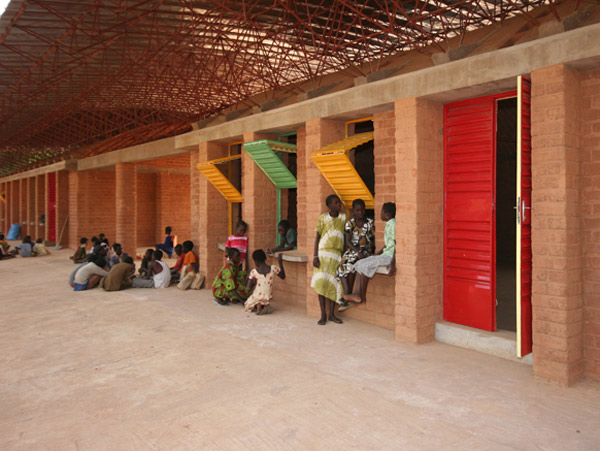 all the people involved in the project management were native to the village, and the skills learned here will be applied to further initiatives in the village and elsewhere. the way the community organized itself has set an example for two neighbouring villages, which subsequently built their own schools as a cooperative effort. the local authorities have also recognized the project’s worth: not only have they provided and paid for the teaching staff, but they have also endeavoured to employ the young people trained there in the town’s public projects, using the same techniques.

the biggest challenge was how to explain the design and drawings to people who can neither read nor write. this problem accompanies the architect the whole time during his entire project time in burkina faso. 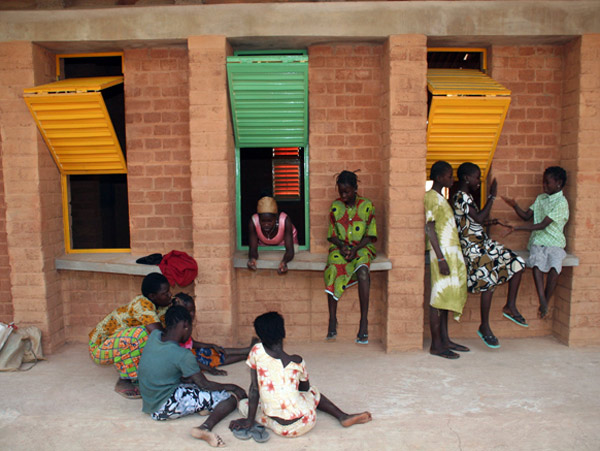