diller scofidio + renfro unveils its newly completed ‘park union bridge‘ alongside its spiraling US olympic & paralympic museum in colorado springs. celebrating its context as home of the olympic training center, the 250-foot curved steel structure takes inspiration from the gravity-defying motion of athletes and floats above an active railyard. two interlocked loops, stretching from either side of the railyard, connect the museum and america the beautiful park. with its material palette and its fluid geometry, the pedestrian bridge is an exercise in fitness. the hybrid steel structure system functions as an arch and a truss, preserving views across downtown colorado springs toward the sweeping rocky mountain ranges and pikes peak nearby. see our previous coverage here. 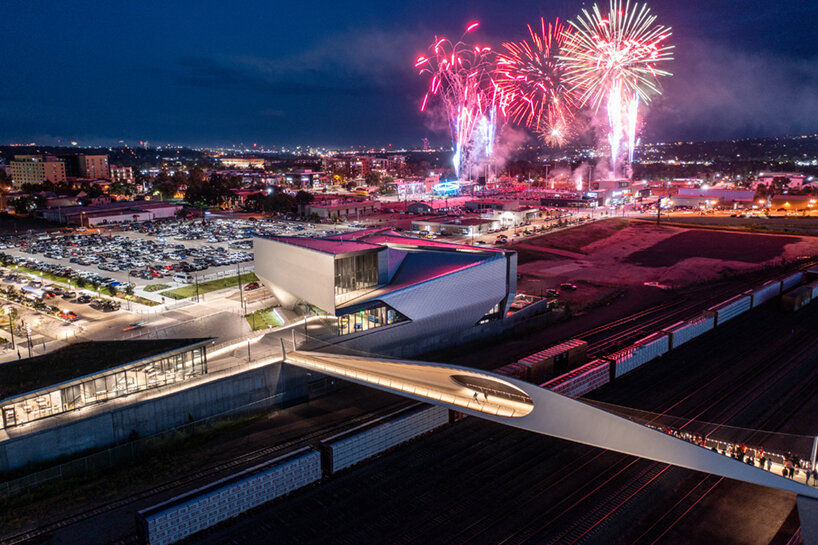 with its union park bridge, diller scofidio + renfro complements the fluid volume of its US olympic and paralympic museum, which completed august 2020. the pedestrian bridge stitches together a growing network of pedestrian bicycle paths with a generous width that safely accommodates pedestrians and cyclists alike. at its widest point, an oculus at either side of the bridge frames the museum and downtown to the east, a platform for trainspotting below, and a distinct look out to the rocky mountains to the west. in the evenings, lighting along the bridge traces a single vector from one side of the tracks to the other, giving a sense of speed and motion while providing illumination for pedestrians and cyclists. 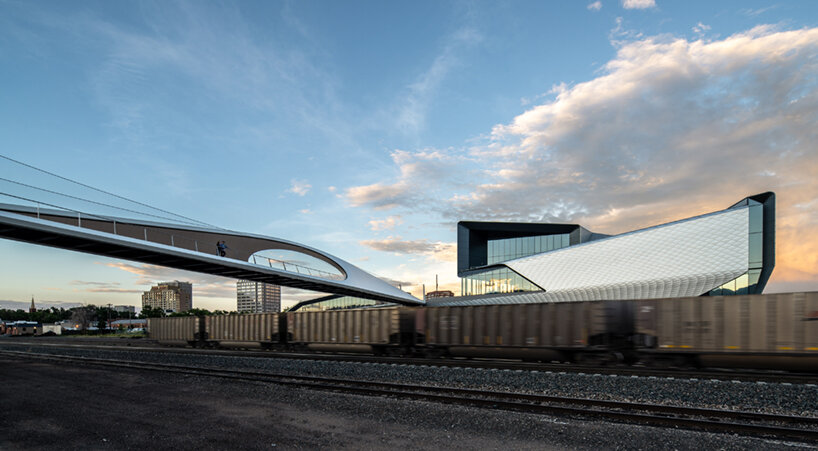 diller scofidio + renfro partner-in-charge benjamin gilmartin comments: ‘we were thrilled to witness members of the colorado springs community take ownership of this unique bridge, not just as a means of connecting point a to b, but as a new landmark. families paused at the oculus to take in views of the museum, the park and the majestic mountain ranges of pikes peak. cyclists gliding along its 250-foot length reached out to touch its smooth curving steel arch. and on this special independence day weekend, visitors marveled not only at the trains they were hovering above, but at an amazing display of fireworks in the distance.‘ 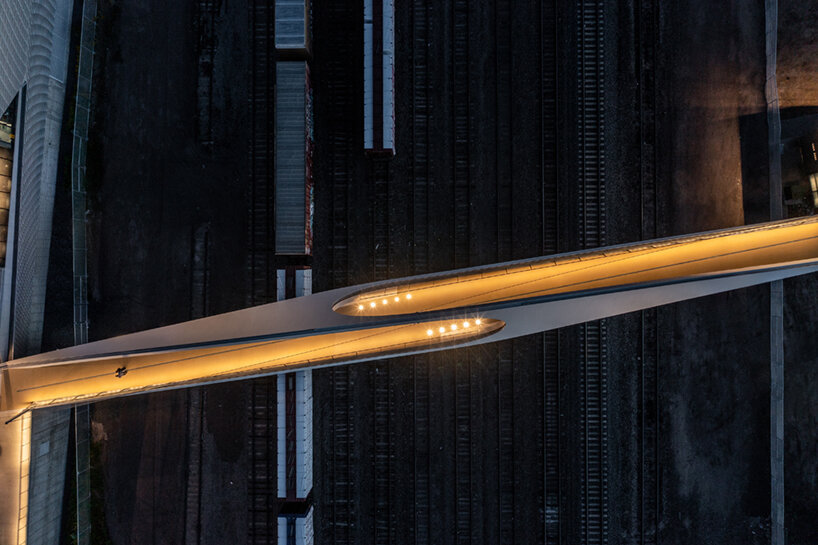 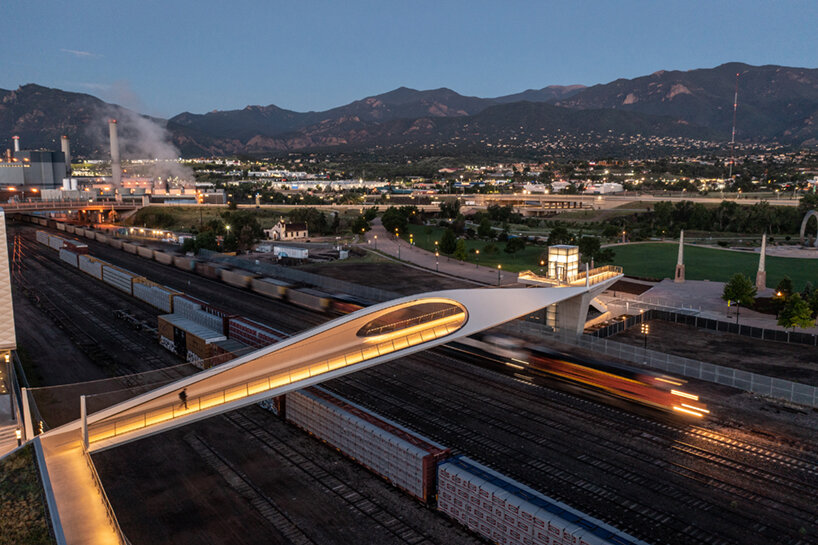 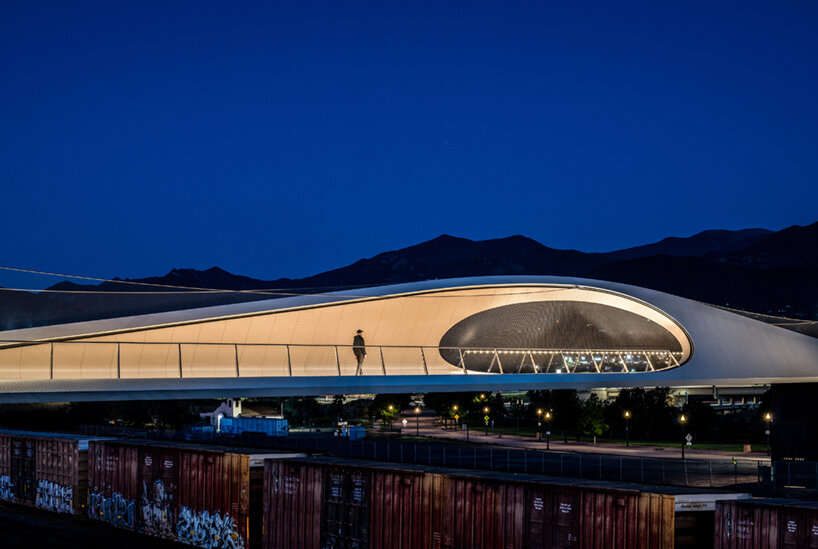 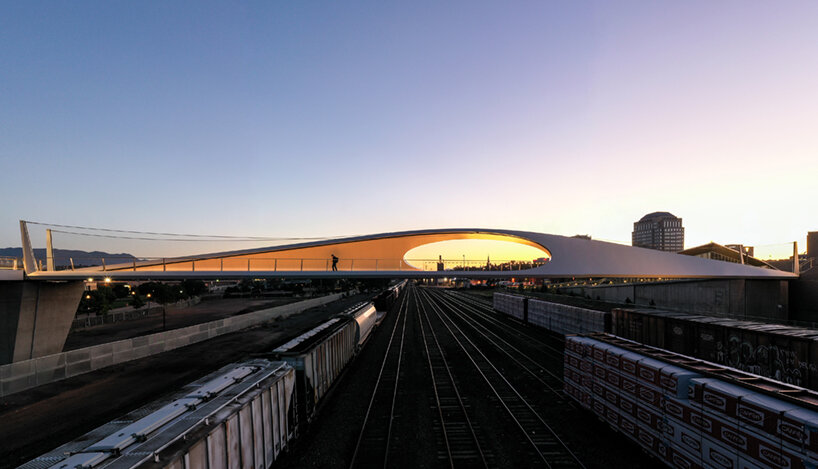 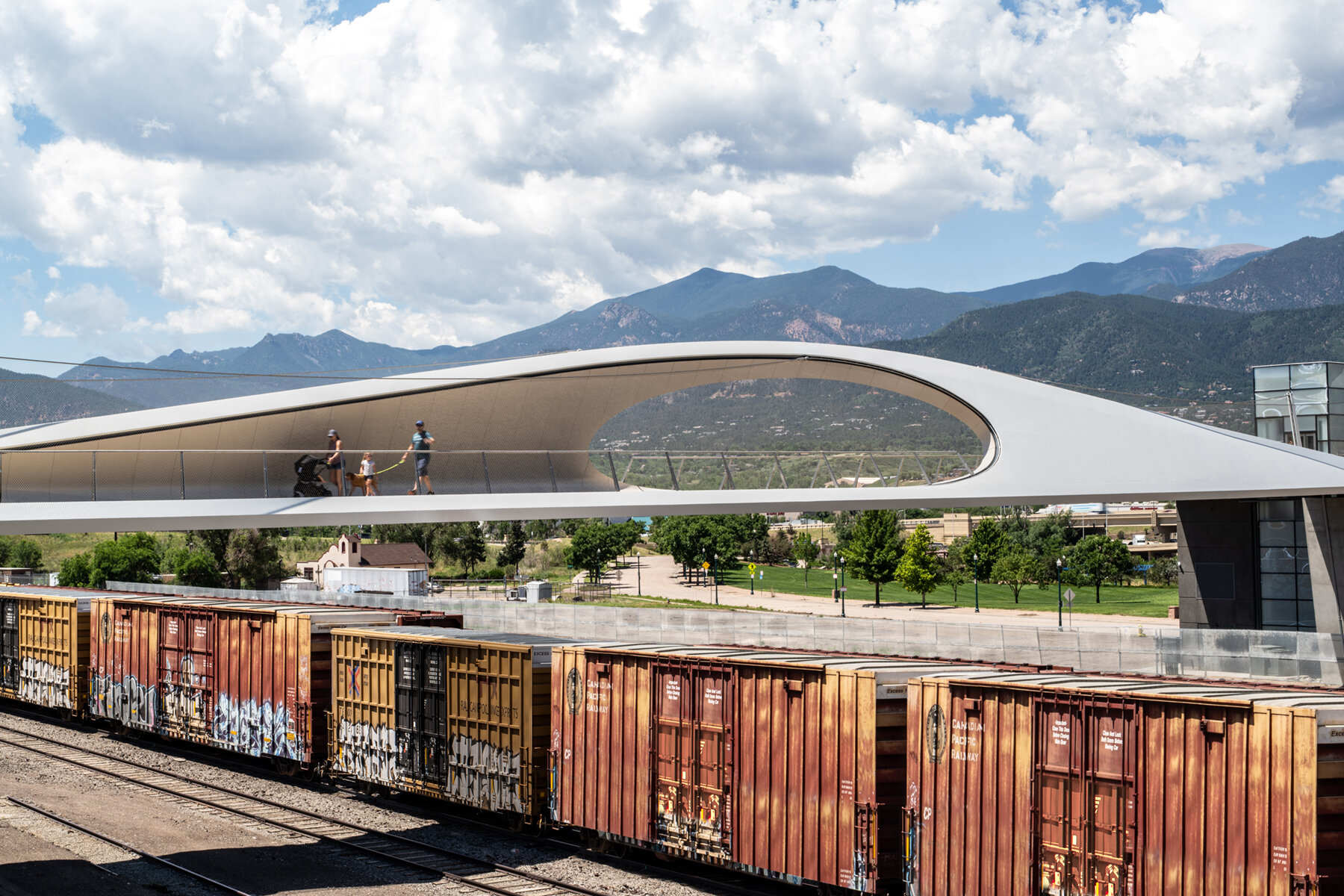 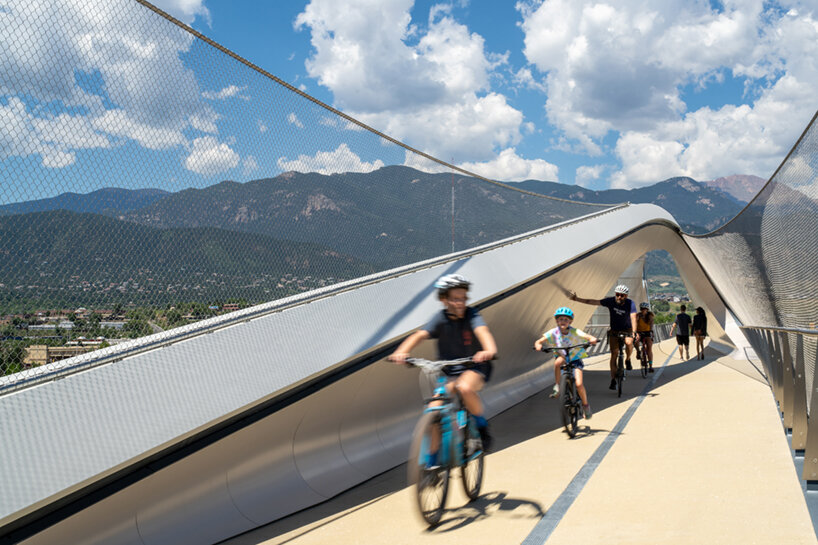 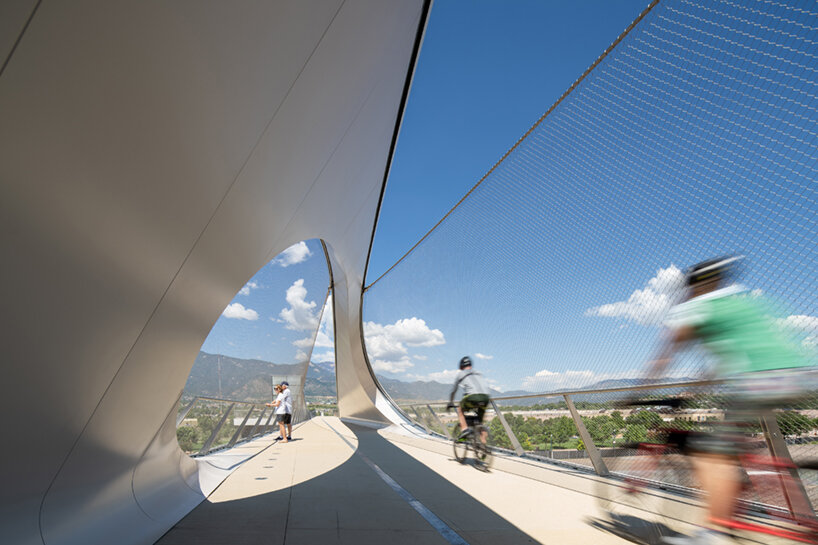 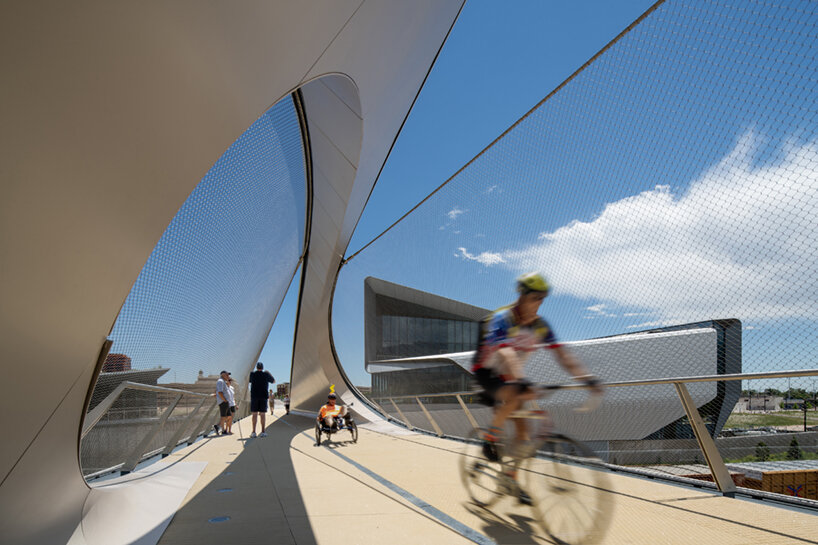 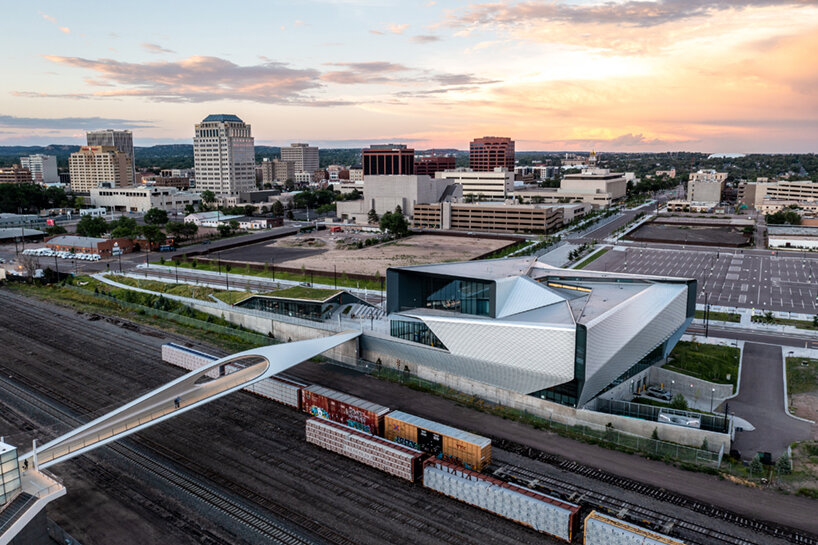