diller scofidio + renfro has updated its design for a major new building at the university of chicago. the original plans for the ‘david m. rubenstein forum’ — which were first unveiled in may 2016 — comprised a two-story base and an eight-story tower — elements that have been retained as part of the modified scheme. however, the building’s exterior has evolved to become a more uniform composition of zinc and glass, configured to express the separate meeting ‘neighborhoods’ that form the tower. 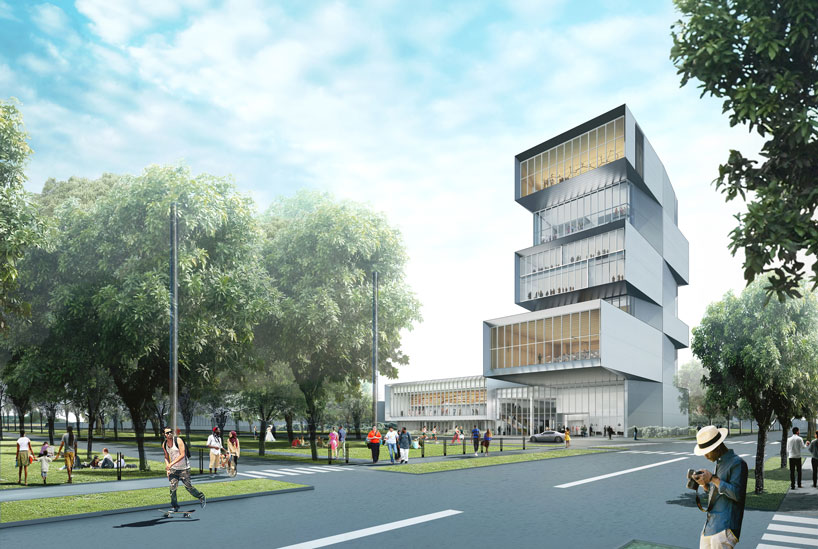 DS+R’s design pairs meeting rooms with informal shared spaces, which can be adapted depending on users’ needs. the building’s ground floor contains the main lobby and a restaurant, with stairs leading to a multipurpose event space that can accommodate large groups of up to 600. above the base is a 285-seat auditorium, while the tower’s uppermost story features a flat-floor multipurpose space that can host meetings and other smaller events. 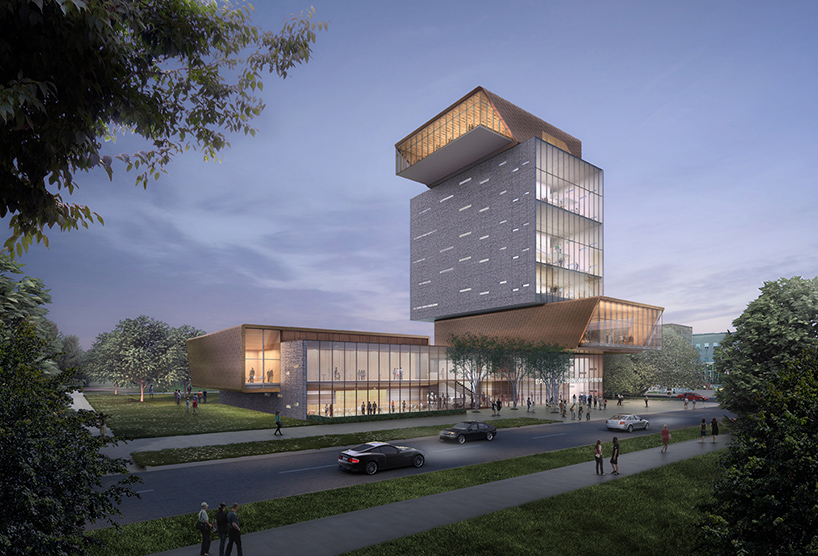 the original design, which was first unveiled in may 2016

named in honor of university of chicago trustee and alumnus david m. rubenstein, the complex will be a hub of intellectual exchange, scholarly collaboration, and special events. the new facilities will also provide meeting spaces for workshops, symposia and lectures, and other activities. the building will be sited at the southeast corner of woodlawn avenue and 60th street, offering views across the campus, the city skyline, and lake michigan.