juilliard — one of the world’s leading performing arts schools — has started construction on its first overseas campus. the new york-based conservatory has commissioned diller scofidio + renfro to design its new school building in tianjin, a major port city in northeastern china. located in the yujiapu pilot free trade zone, the tianjin juilliard school will be a center for performance, practice, and research, as well as interactive exhibitions. meanwhile, integrated communal spaces are designed to involve the public in the creative process. 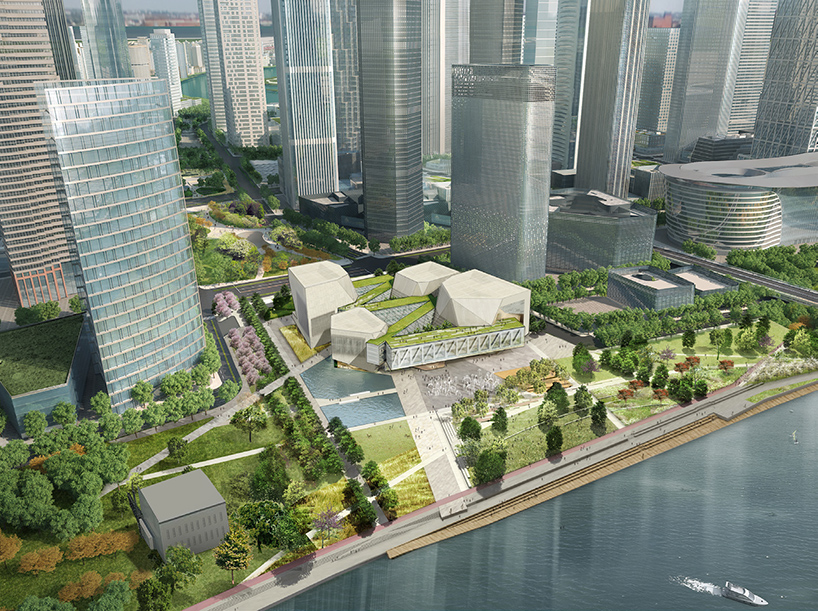 coinciding with the project’s groundbreaking, preliminary designs for the juilliard school have been unveiled by diller scofidio + renfro. the renderings show a porous central lobby — a public space that forms an extension of the surrounding park. the corners of the lobby are connected to four masonry pavilions, which contain a concert hall, a recital hall, a black box theater, and a music library respectively. the four volumes are connected with a series of bridges that house the school’s teaching studios, practice rooms, and classrooms. 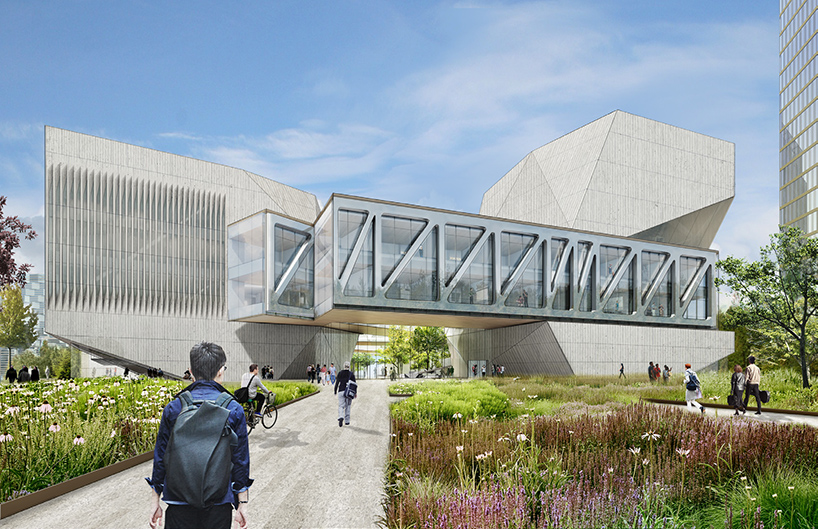 both students and the general public can access green roofs that cover the elevated bridges. a roof terrace is also accessible to the public from a meandering exterior stair, offering sweeping views of the hai river and the entire yujiapu peninsula. ‘after many months of careful planning and collaboration, we are thrilled to share our designs for the tianjin juilliard school,’ said charles renfro, partner-in-charge at DS+R. ‘in planning this new facility, we wanted to capture the spirit of tianjin while creating an architectural connection to juilliard’s home campus in new york city.’ 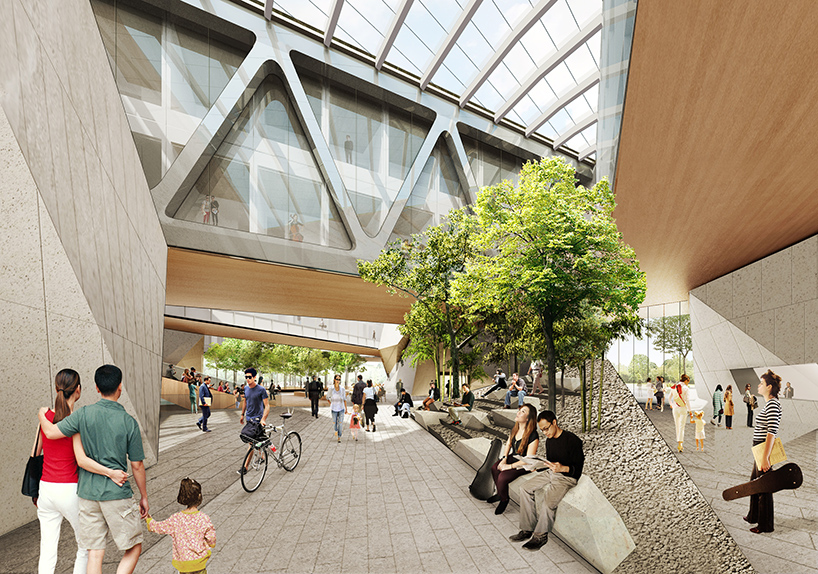 an internal plaza provides a place to congregate and relax

plans for the tianjin school were first announced in 2015, and the campus is expected to open in 2019. once complete, the institution will serve as an international hub for artists of all ages and abilities, and will be the only performing arts institution in china to offer a US-accredited master’s degree. DS+R also oversaw the 2009 renovations of juilliard’s new york city campus as well as the redevelopment of lincoln center for the performing arts. 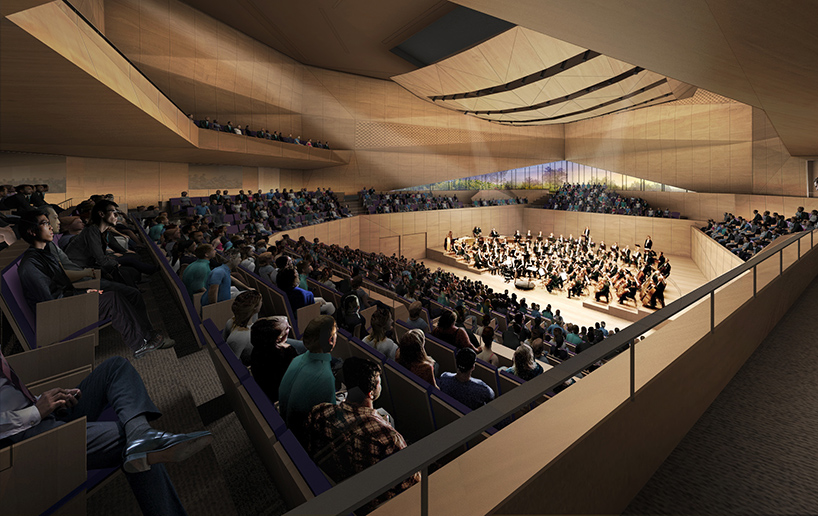 the main concert hall anchors one corner of the site

‘for more than a century, juilliard has provided the highest caliber of performing arts education to talented young musicians, actors, and dancers,’ said joseph w. polisi, president of juilliard, and chairman of the tianjin juilliard school’s board of directors. ‘we look forward to continuing this tradition of excellence in tianjin while deepening ties between china and the united states through artistic collaboration.’