the university of california, berkeley, has announced they have chosen renowned american firm diller scofidio + renfro (DS+R) to design the new berkeley art museum and pacific film archive (BAM/PFA). the complex is aimed to be complete by late 2014.

the new museum site will anchor berkeley’s addison street arts district and will link the campus and the active downtown arts and commerce districts. just a block from the downtown berkeley BART station and across the street from the central campus, the new museum’s location will  increase public accessibility to BAM/PFA’s events, activities and collections, including more than 16,000 works of art and 14,000 films and videos.

‘diller scofidio + renfro’s commitment to integrating architecture with contemporary culture and civic life perfectly aligns with BAM/PFA’s core mission: to ignite critical dialog and inspire the imagination through art and film,’ said lawrence rinder, director of BAM/PFA. ‘we are thrilled to be collaborating with ds+r to design and build a new museum that will deepen our audiences’ dynamic engagement with art and which will provide educationalopportunities for berkeley, the bay area and the global community.’

DS+R will work directly with EHDD of san francisco, a nationally recognized architecture firm and the local firm of record for the BAM/PFA project. the japanese architectural firm of toyo ito & associates was brought on in 2006 to design a new art museum on the university’s downtown site. however, economic uncertainly forced the campus in 2009 to explore alternatives to ito’s design.

the budget for the new downtown museum is million, nearly half of which has been raised. funds for the new museum project will come from private sources and are being raised by BAM/PFA in partnership with the campus. 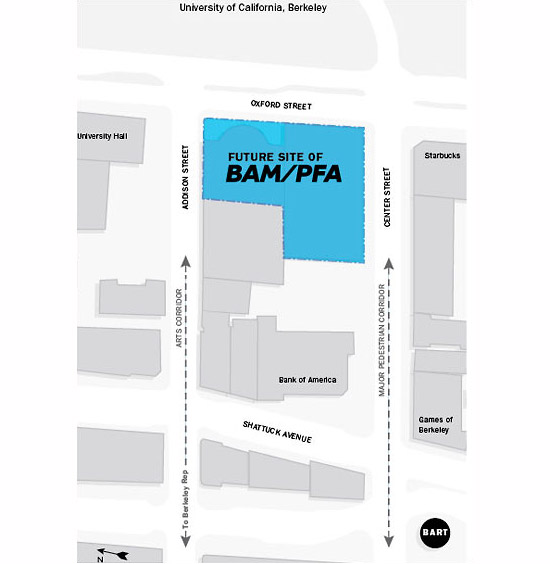 the site of the berkeley art museum