‘detroit station: destination for all’ is a public architecture concept by DK created in alignment with growing efforts to re-invigorate motor city. industrial and automobile manufacturing, once a blessing to the area, began a downward spiral starting — along with a tumultuous period in the sixties — alongside the gasoline crises of the early seventies. no longer capable of production on such a scale, thousands of workers were laid off in the following years. this issue was compounded by the area’s continuous outward sprawl, which saw a mass abandonment of inner city living in favor of commuting from suburbs like royal oak, novi, etc. 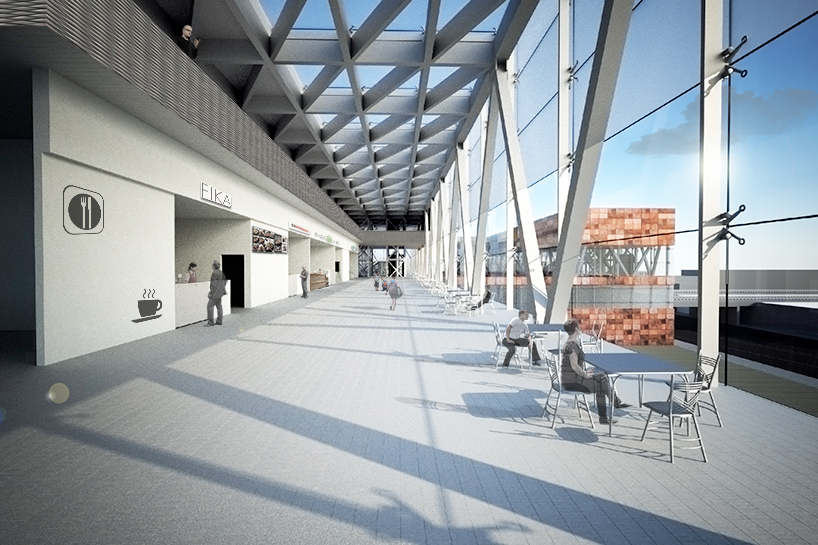 detroit’s population, though starting to come back, is only a fraction of its former self. about 680,000 call the city home, a staggering depletion from its peak of 1.8 million in 1950. ‘detroit station’ hopes to aid efforts by re-introducing downtown and inner city areas — both heavily affected in recent decades — to the larger metropolitan dialogue. an innate favoring of the automobile has increased amenities gaps to the point of total separation. the station will thus permanently connect major destinations inside and out of detroit proper. 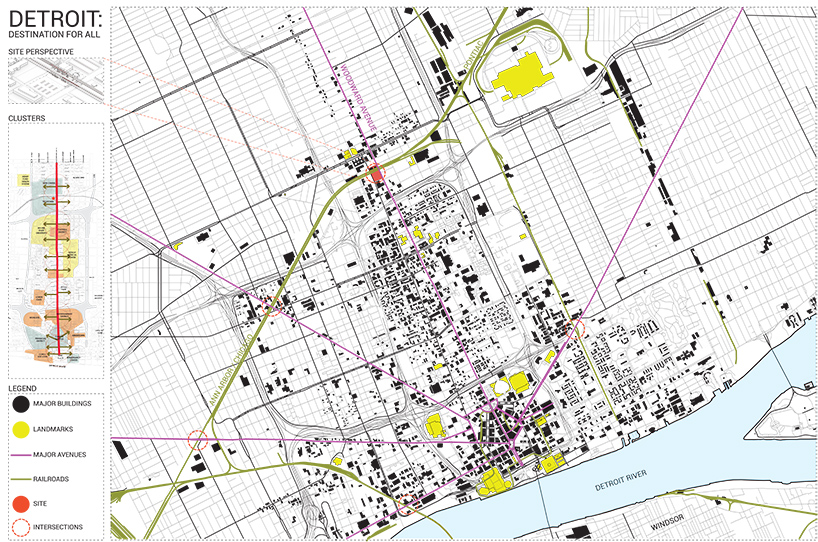 the location is assigned by the detroit future city strategic framework, a guide released in early 2013 outlining a range of long-term initiatives and goals. the station itself is placed in the ‘new center’ area — currently home to amtrak — along major route woodward avenue. its placement allows a transit interchange between modes such as the DDOT and SMART bus systems, as well as the elevated people mover rail. the concept, in addition to a range of DFC programs, would help the urban area in its twenty-five year push to re-create itself as a thriving, pedestrian-oriented cultural hub. 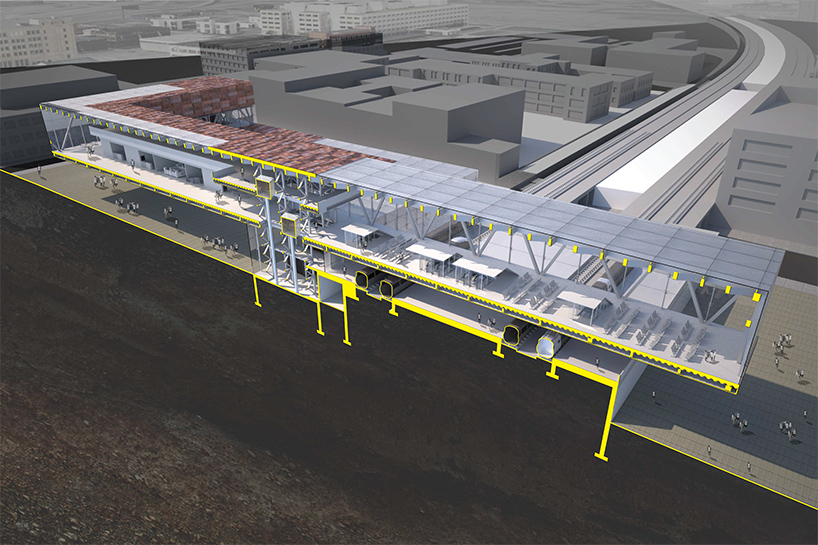 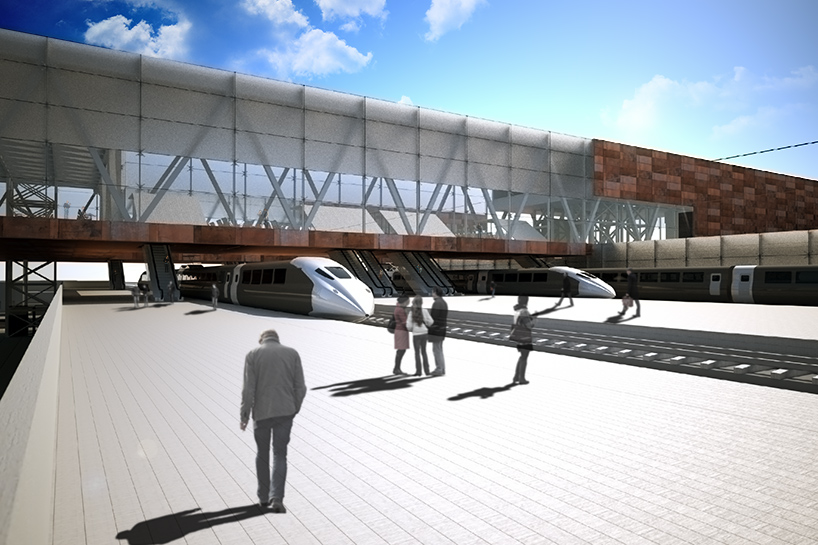 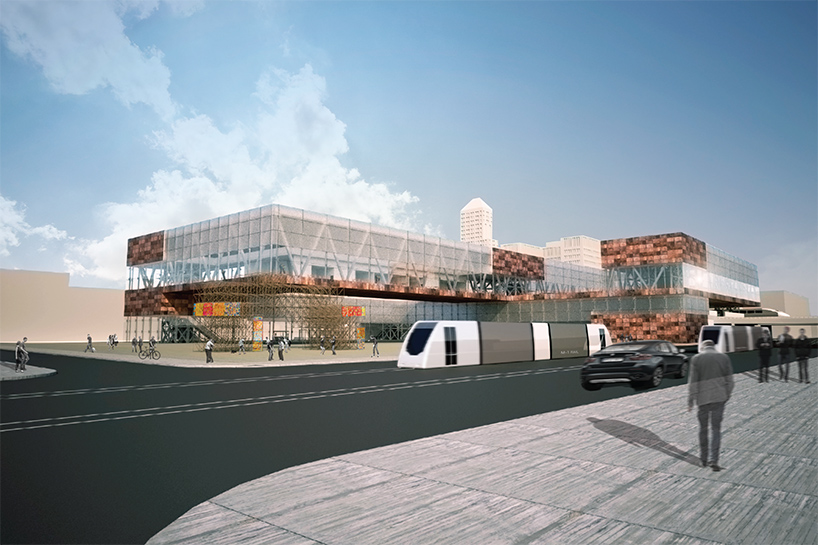 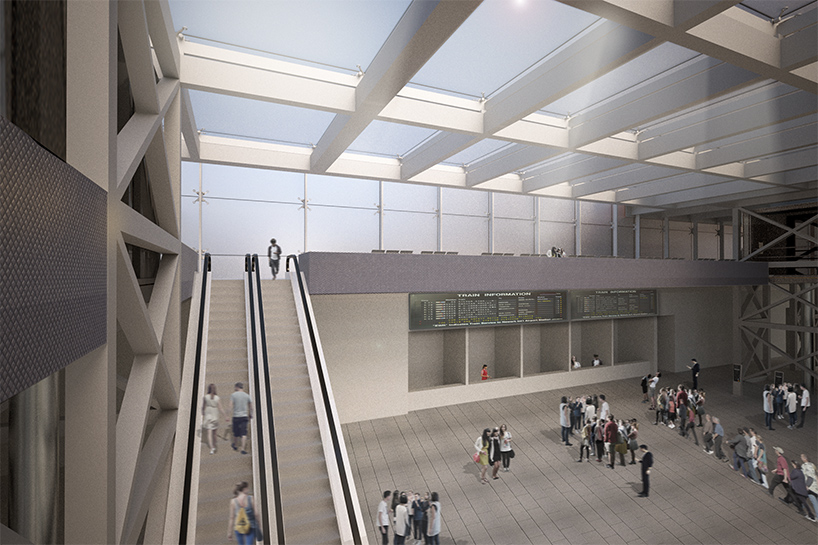 ticketing and path to platforms 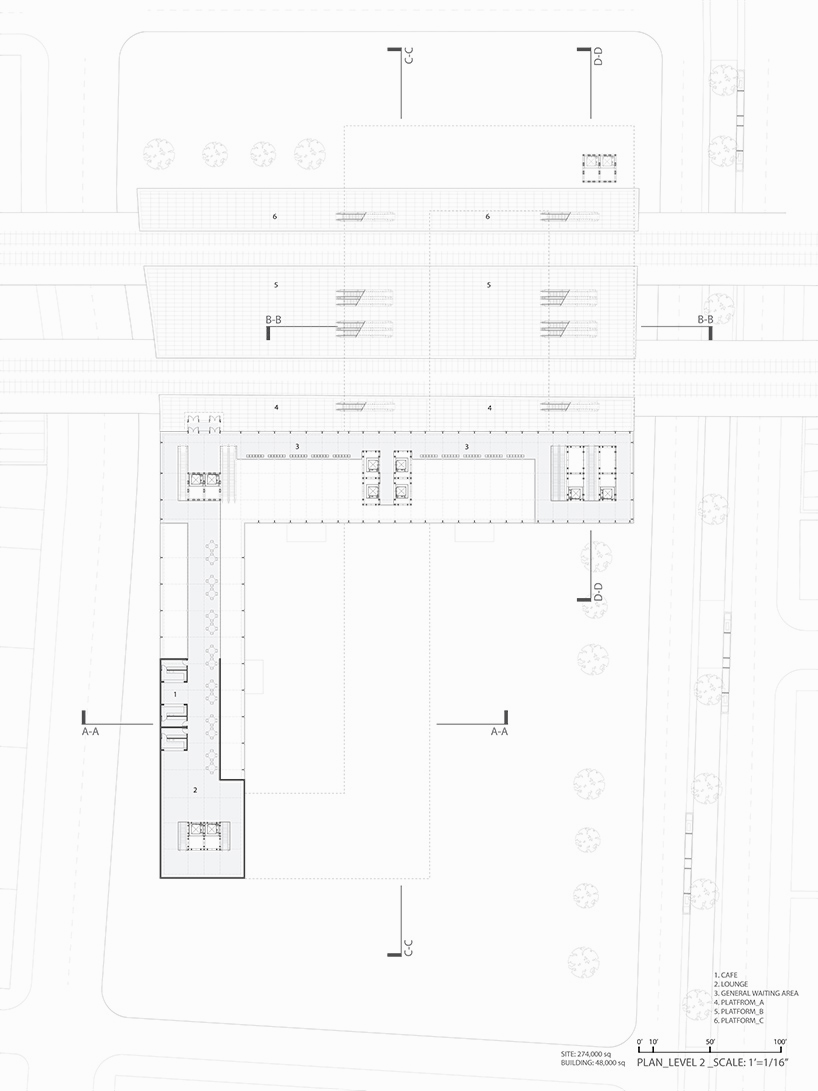 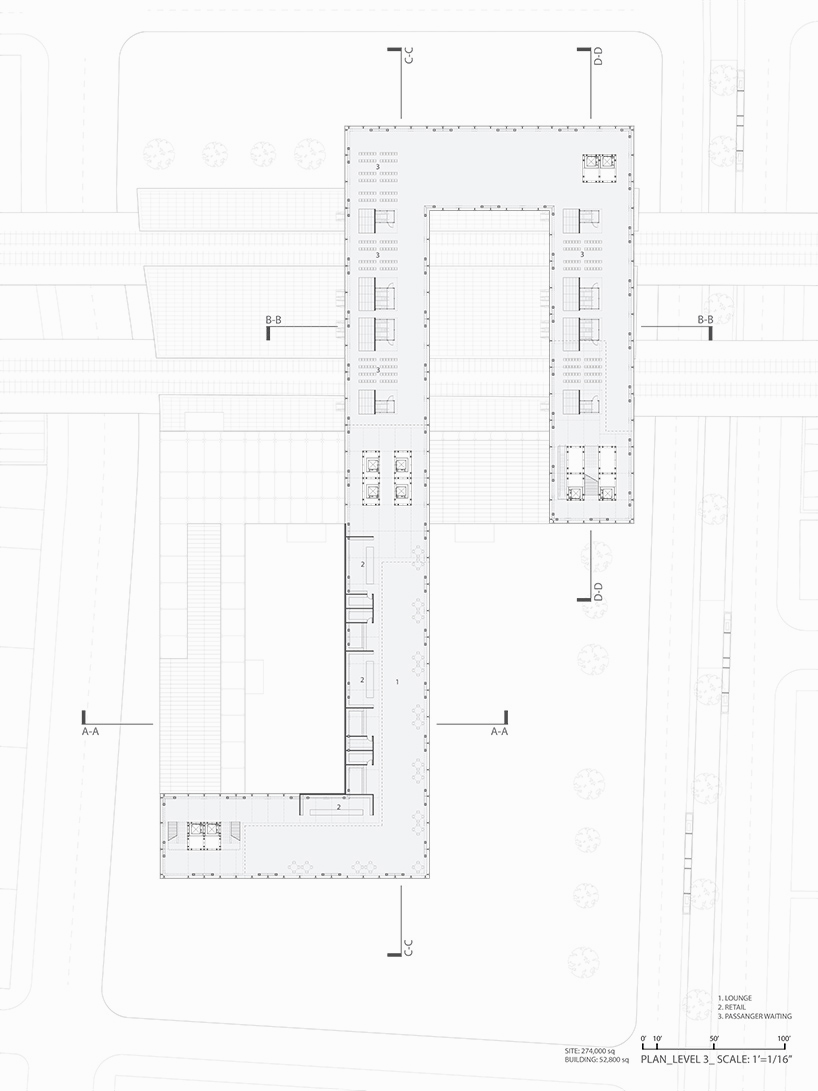 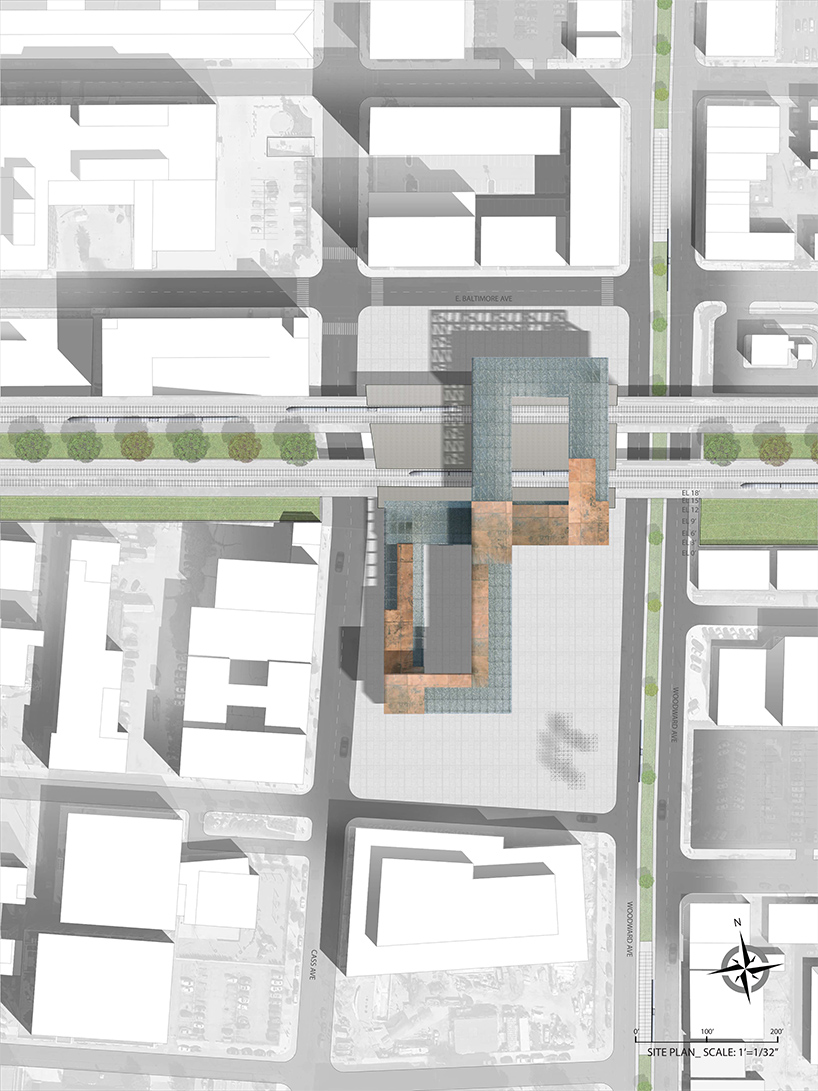