tasked with a heritage and listed façade, australian architecture firm DKO has sensitively adapted this building into a apartments in melbourne. the original exterior has been retained on the north, south and east sides, with the blend of old and new defined by a carefully placed insertion. this addition is visualized as a perforated ‘floating’ box set back at 1.3 meters from the existing brick perimeter.

a ‘shadow line’ was realized between the first and second level with the ground and first floor set in at 250mm within the heritage facade. additionally, the second level and deck are extruded out 250mm to the edge. in result, this has created a recess that inherently emphasizes the distinction between the old and the new; appearing as if they aren’t touching but sitting in harmony. 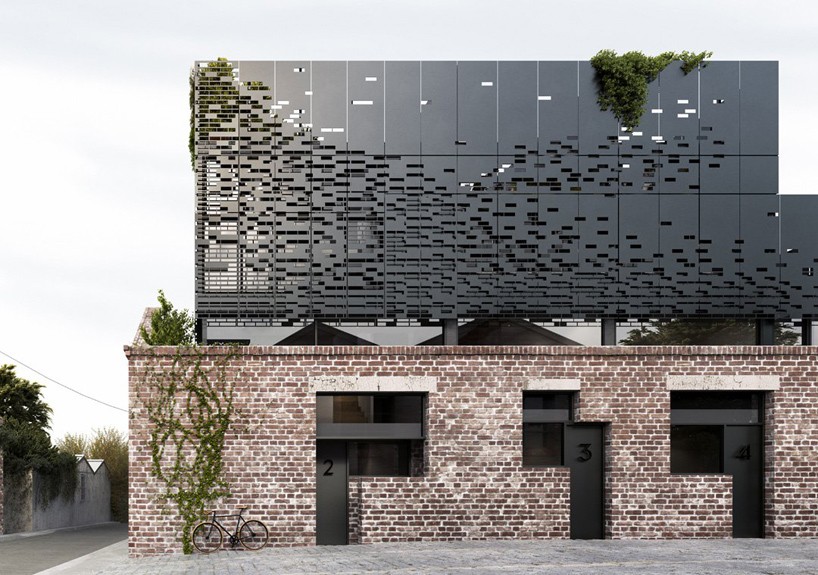 the new floating insertion is set back at 1.3 meters from the original brick wall

the floating box addition is defined by a perforated pattern which represents the pattern seen on a nearby church. ‘we always kept in mind the culture of the area, and really wanted to be sensitive and careful to respect it, and by this we are giving a bit of history back to the site. the perforated metal screens open to allow solar access and cross ventilation to the apartments.’ comments the architects. internally, the pixelated perforations aids in the privacy of the inhabitants and influences the play in light and shadow. ‘this building occupies the present and also talks to us about the past. the design isn’t extreme – yet however its different. our main focus of this design was the consideration of the heritage facade, and by being sensitive to the relationship of the old and the new.’ 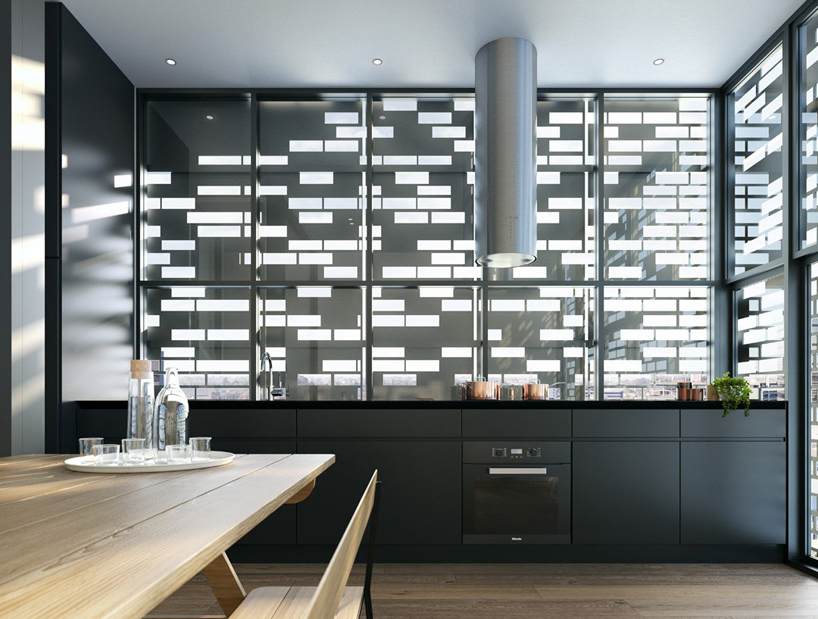 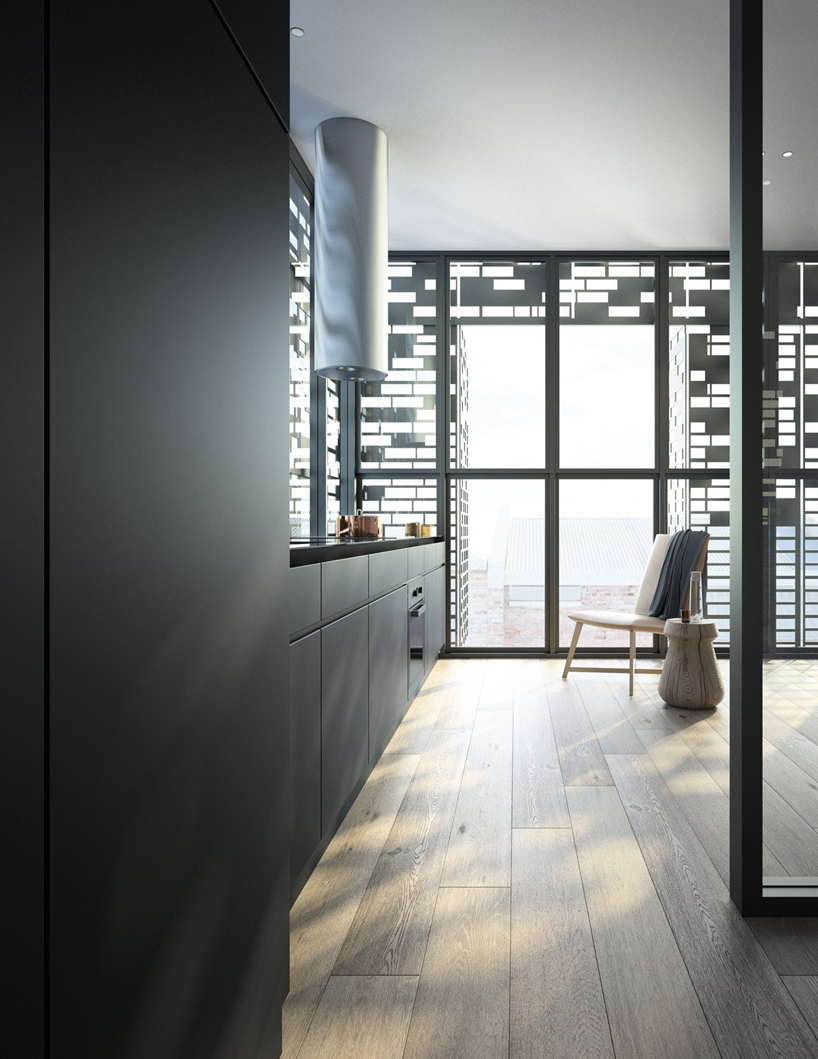 the apartments are contemporary furnished 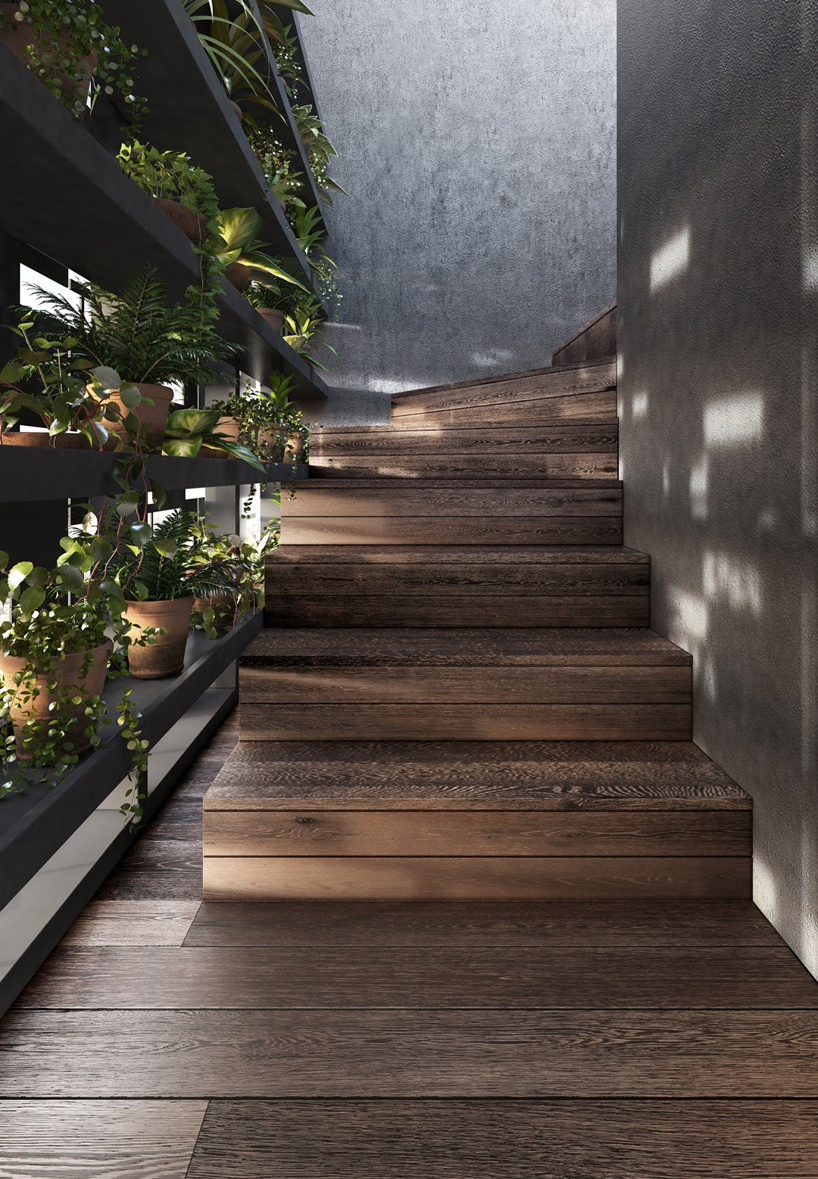 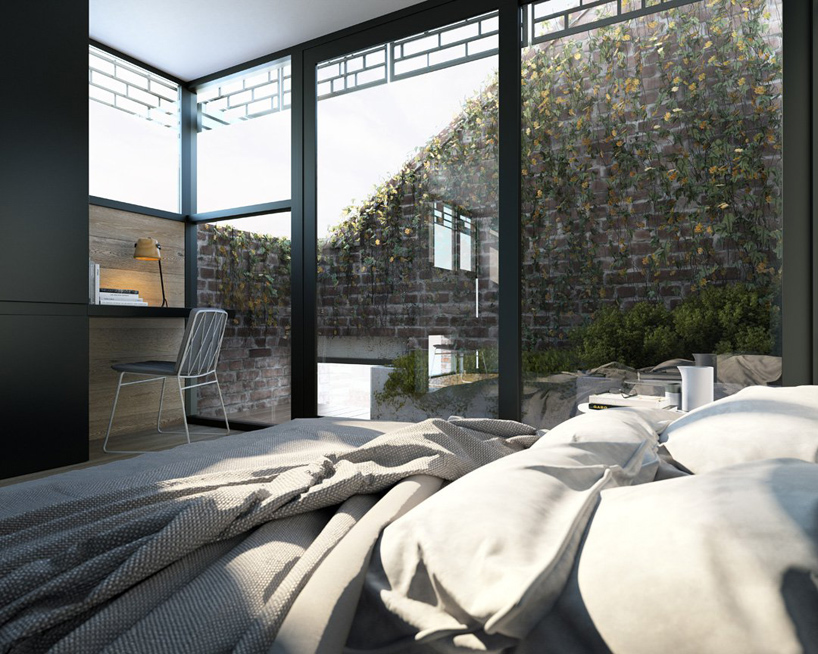 the old and new sits together in harmoney 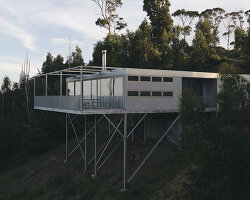 Mar 01, 2021
a minimalist weekend house projects out over a hillside in wye river, australia 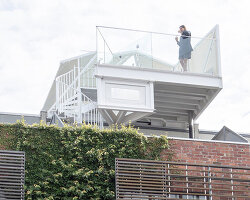 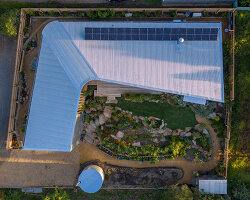