‘To me the only natural leadership quality is humility,’ says Scottish architect Steven McKay. ‘The necessity to champion others more than yourself. That’s what people follow. The ability to inspire and have humility.’ McKay has just been selected as CEO of DLR Group, the global design practice with which he has worked for twenty-seven years. While ‘not overly philosophical by nature,’ he follows these values of teamwork and shared responsibility to lead the 100% employee-owned firm.

DLR Group was founded in 1966, three decades before Steven McKay was first hired in Seattle. At that point, in the nineties, the firm was comprised of about 350 people and had offices across the United States. During the following three decades, he led the group’s integrated design practice and helped to establish its first international locations including Dubai and Shanghai. 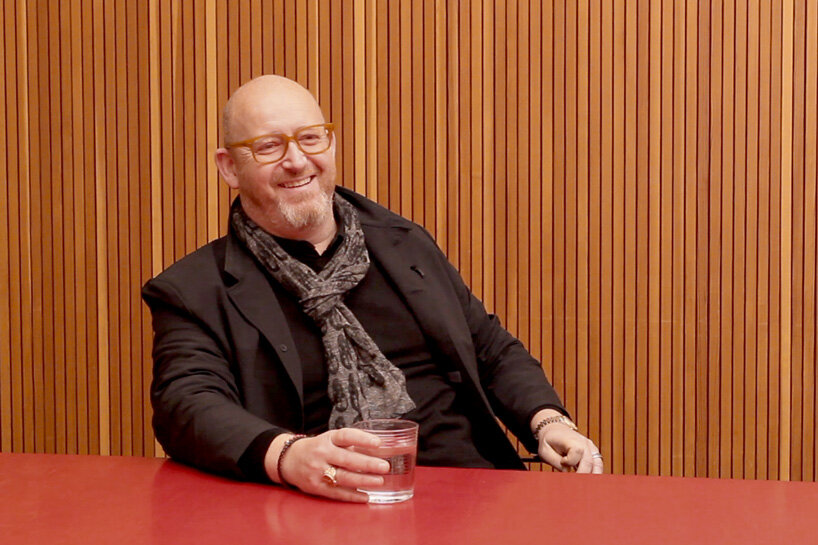 Despite DLR Group’s expansion into a global integrated design firm — with thirty U.S. locations from coast-to-coast, 1,400 employees, and an increasingly diverse range of project types — it has maintained its commitment to the community, the environment, and its own team.

The firm promises to ‘elevate the human experience through design,’ impacting the community in a positive way through architecture, engineering, interiors, and planning. It focuses on designing sustainable solutions to achieve more value with less resources, ultimately striving toward a net-zero impact on the environment. And with its 100% employee-owned model, each member of the team is offered a meaningful voice.

As he begins his new role as CEO of DLR Group, designboom meets with Steven McKay to learn more about these values, and how his journey from Glasgow to Seattle shaped him as an architect. 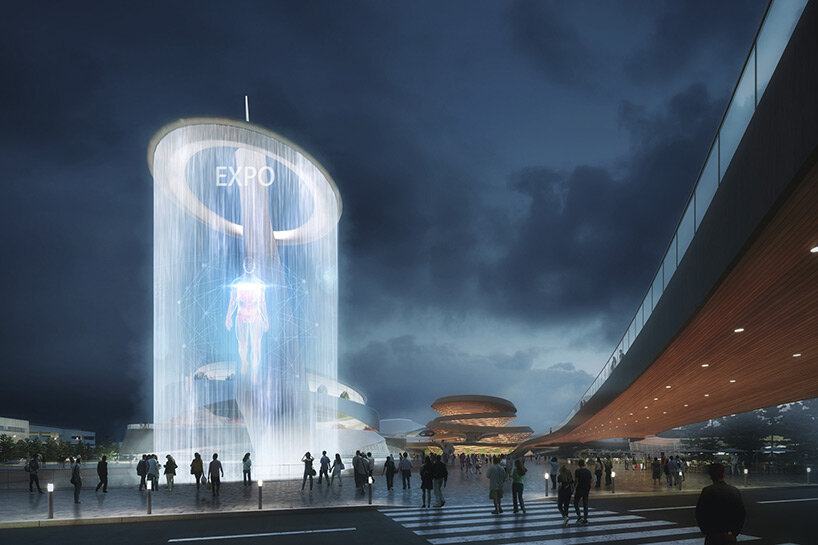 steven McKay: from glasgow to seattle

From a young age, McKay was destined to reach beyond his home. After returning home to Scotland from a summer living with family in the Bahamas, his father said: ‘Our son will never stay here. He has seen that the world is a bigger place.’

‘And that remains true to this day,‘ notes McKay. ‘I am fascinated by the depth of culture and history.’ Despite his hopes to study abroad he remained in Scotland throughout his university years, studying architecture and even taking a civic design job in Glasgow.

It was the year of his graduation that he finally sent 158 resumés to more than fifty countries around the world — from the Caribbean to Asia, and across Europe. ‘I was on my way to an interview in Hong Kong until I was offered a job in Montego Bay, Jamaica,‘ McKay explained. With his early summers spent in the Bahamas he knew the region, and was on his way from Scotland to the Caribbean island. 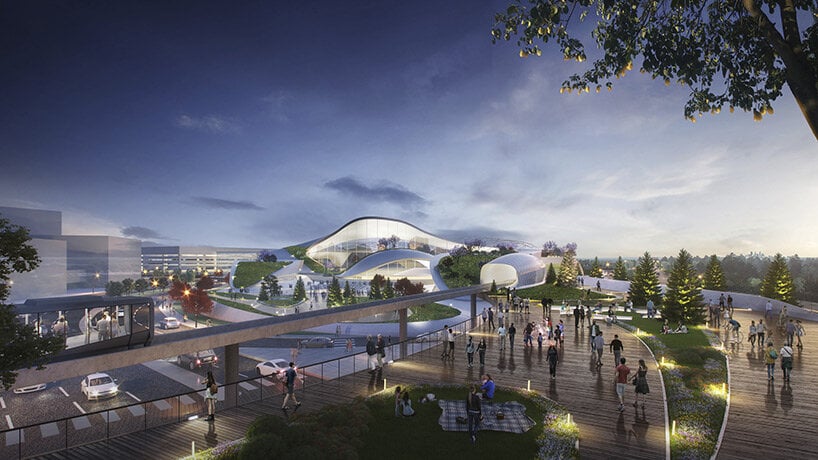 ‘I spent over three years in Jamaica designing everything from ice factories, to golf courses, to luxury houses for America’s rich and famous — because there were only two architects in Montego Bay.’ says McKay. As a young architect, he was confronted with a diverse range of project types right from the start.

He continues, ‘I loved it but I knew I didn’t want to stay in Montego Bay for the rest of my life.‘ Having owned no house nor car by the time he left, he had saved enough money for travel. ‘I wanted to see America, so I bought a car and visited thirty-eight states.‘ Finally, en route to visit a friend in Portland, he stopped in Seattle and never left — beginning his career at DLR Group soon afterward. 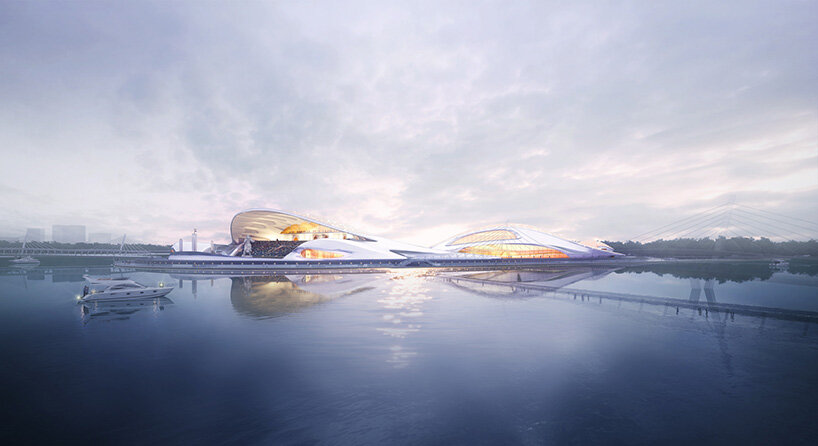 Since then, Steven McKay has spent twenty-seven years in the United States. ‘It has been interesting to come from the design culture of Europe, and to then come to the U.S. and see the difference,’  he says, reflecting on the qualities of his education and the European design approach.

‘In Europe, there seemed to be a lot more focus on the rigor of design. The U.S. was such a big playground of design, and there were less constraints. You work in a European city that has less space, you apply a different rigor because you’ve got a smaller playground.’ 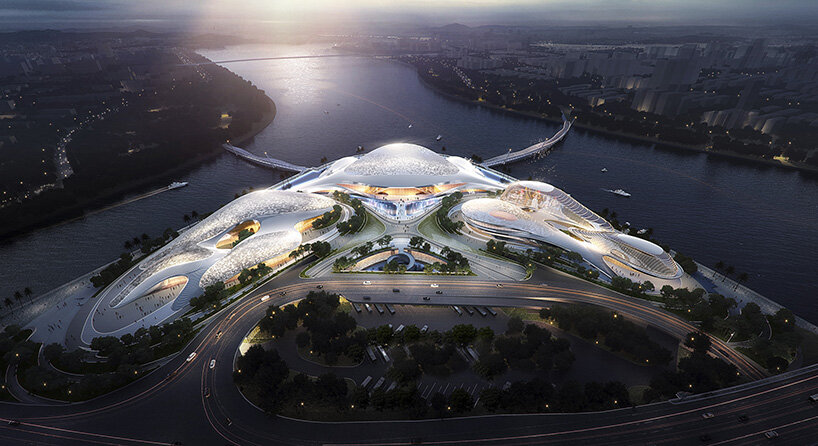 elevating the human experience through design

During the early years of McKay’s time at DLR Group, the team embarked on its first ‘visioning session,’ during which a group of employees determined its future vision of the firm. ‘The center of the vision became our brand promise. And that is to elevate the human experience through design,’ he explains. ‘Your life should be impacted in a positive way because we have designed something that you interface with,‘

This promise established the group’s cultural language toward itself, and had followed decades of growth and evolution. McKay notes that as it had expanded, the expectations of its clients and of the industry on the whole had changed in turn. Thus, the focus on just ‘client service’ grew toward articulating a design value to the larger community. They have worked to visibly marry these two concepts ever since.

‘We actually spend a lot more time with the conversation of the value of design both to ourselves, our clients, and the communities we work in,‘ says McKay.

DLR Group is founded under the notion that ‘if you invest in the firm, the firm invests in you.’ Steven McKay explains: ‘The creative fruits of your labor should provide you a quality of life. And that’s never changed.‘ As the structure of the practice is based on an employee-owned model, a culture of teamwork has been instilled since its founding which has only been celebrated and nurtured over the decades.

As the team says, ‘DLR Group’s culture is built on the core values of commitment, creativity, environmental stewardship, integrity, ownership, sharing, teamwork, and fun.’ It further acknowledges the impact of its works on the community, and as such, aims to design responsibly for more than just its clients. ‘We’ve never considered commoditizing what we do just to add a bottom-line value. We’ve always seen a higher-value meaning to what we do,‘ McKay notes.

With its 100% employee-owned structure, each team member is empowered to act as a DLR Group owner. While its employee stock ownership program was first implemented in 1978, it became 100% employee-owned by 2004 — under this model, the group has established not just a structure, but a culture. ‘It’s the cultural construct that’s valued,’ says McKay. A meaningful voice can be had across the entire breadth of the company.

While the practice does have a leadership structure, it is described as a ‘matrix’ rather than a ‘funnel.’ As McKay adds, ‘It doesn’t only drive up through a pyramid.’

Describing the spirit of the concept, Steven McKay might tell an employee at any level upon making a decision: ‘What would an owner do? You’re not a worker. You’re an owner. And you’re standing in front of a client or a community saying: ‘I am part of this.’’ 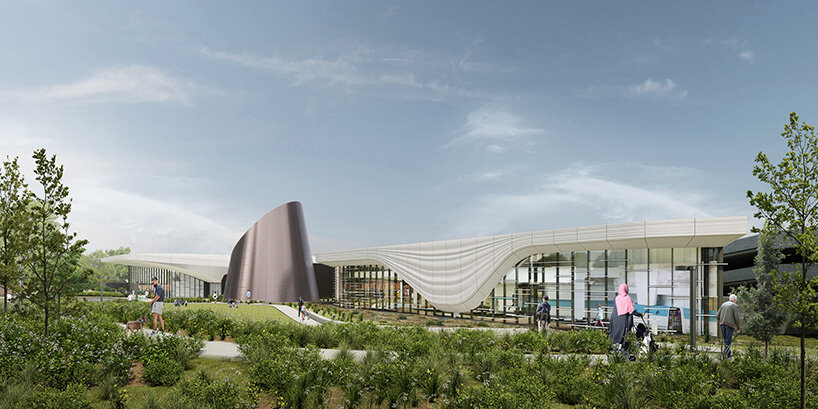 ‘If we don’t design the solutions we’ll never combat climate. Somebody has to design them… and that is a wonderful burden.’ says Steven McKay, whose team views ‘sustainability’ as more than just a word. The group has taken on the role of design stewards, seeking to create a greater sustainable impact for the client, community, and planet. Thus, DLR Group was an initial signatory of the Architecture 2030 Challenge, which aims to achieve net-zero carbon emissions from all new construction. This means that new buildings will be energy efficient, using no on-site fossil fuels, and will operate entirely on renewable energy.

Steven McKay acknowledges that much of the technology is not yet available to achieve many of these goals and innovations, ‘but technology’s accelerating faster than anything else on the planet right now,‘ he stresses. ‘So I still have incredible optimism that as long as we care and focus, we can reach the goals of 2030.’ 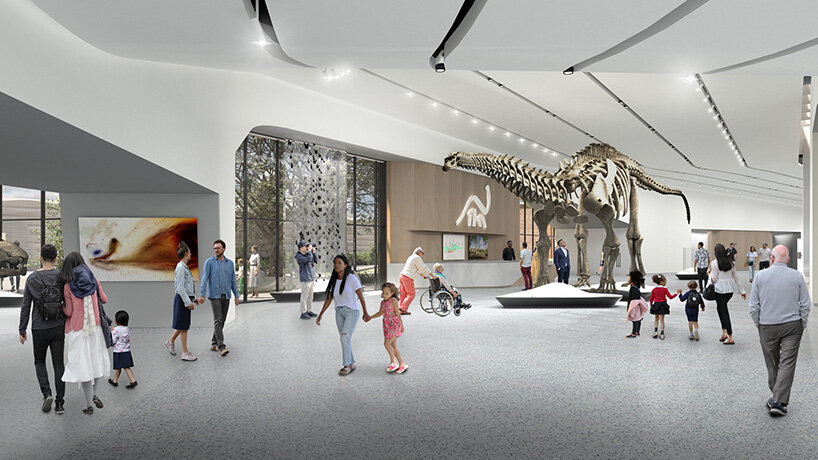 To move toward this ambitious future, DLR Group has penned a Sustainable Action Plan, which details goals relating to behavioral awareness, resource conservation, human health, community health, and ecological future. Overall, the plan promotes a culture of empowerment among those at DLR Group to design spaces for meaningful change — from streamlining sustainable strategies of resource consumption amongst a building’s occupants; reducing the operational and embodied carbon of new constructions; optimizing building systems to promote healthier environments and performative assemblies; and creating safe and pedestrian friendly spaces which prioritize people over vehicles.

DLR Group’s detailed commitments have demonstrated success over the past five years alone. Since 2016, the firm has designed about 600 million square feet of projects driven by the 2030 Challenge. What’s more, it has achieved an average of fifty percent energy reduction compared with the average energy use of similar buildings — a twenty-eight percent improvement since 2016. 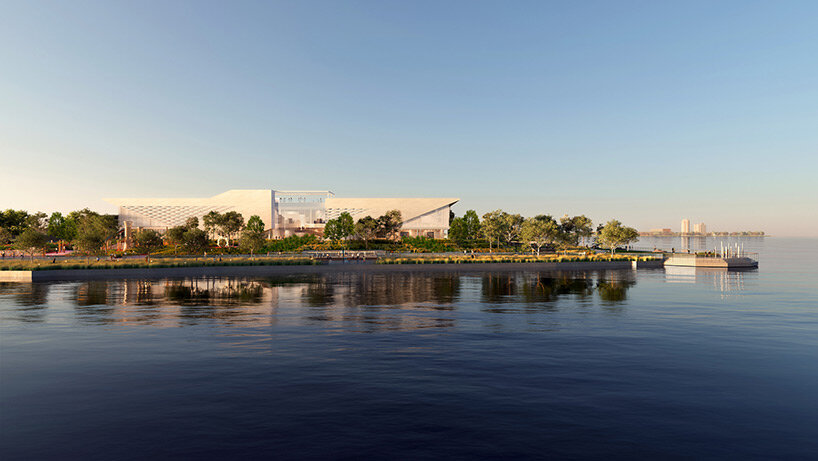 a diverse range of project types

As the firm has continued to grow and bring more voices to its team, the diversity of its sectors, or project types, has grown in turn. ‘We are a very diverse firm by intention. Currently we have thirty offices with a vision to grow that.’

DLR Group has ten sectors, its clients including higher education, K-12, healthcare, hospitality, housing, mixed-use, sports, culture and performing arts, workplace, and transportation. While these project types have diversified, the group has begun to see an integration amongst them. ‘We now track the cross-pollination of our work. More and more, the scale of work that we participate in brings a collection of experts for us — now all of which are in house — not just at a discipline level but a sector level.’

‘Our clients are broad by design because we’ve been very entrepreneurial in spirit. It’s broadened our geography along with the sectors that we work in.‘ McKay continues, ‘We are a three-dimensional matrix, rather than a funnel. And that’s what I love about the firm.’ 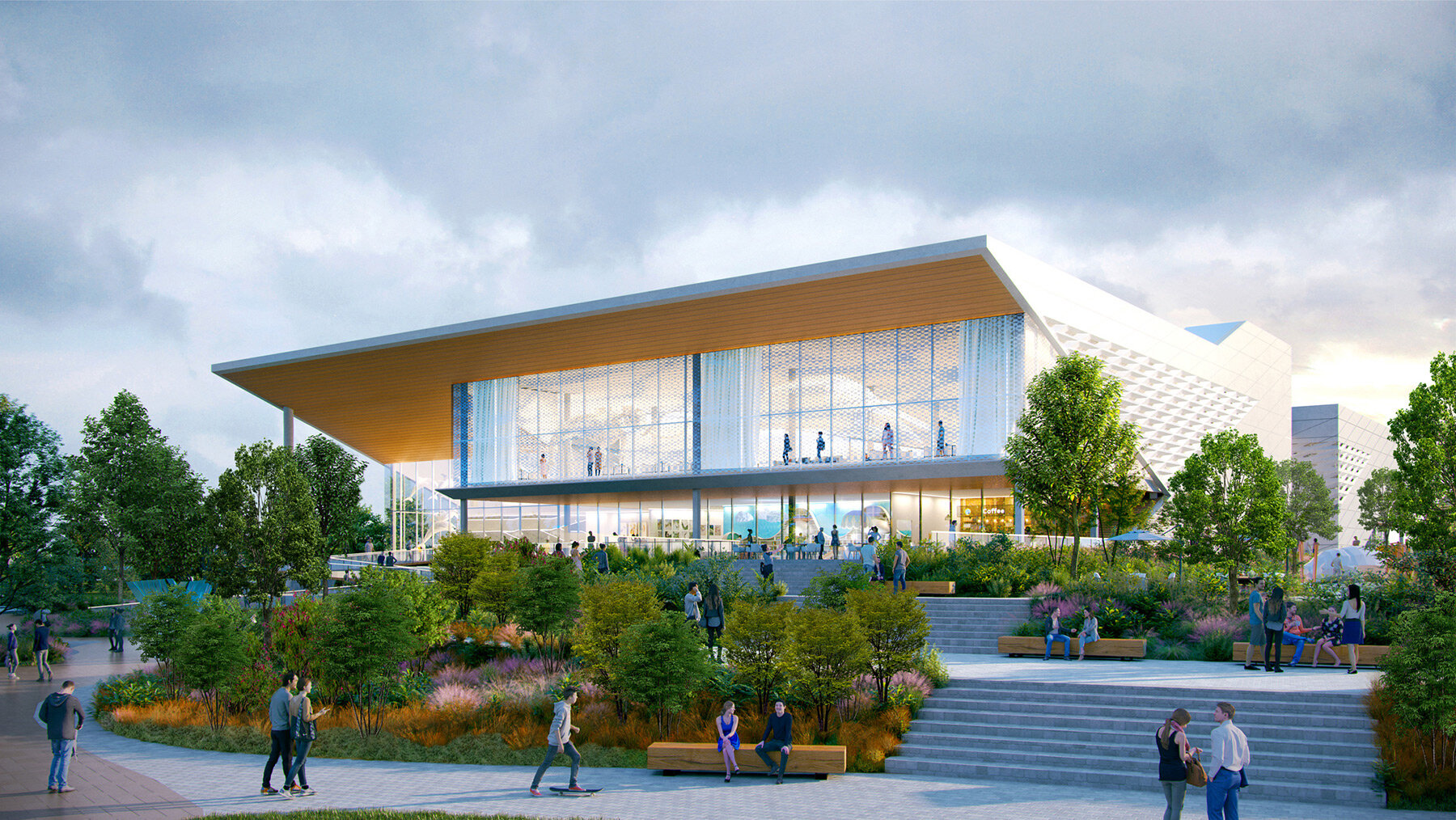 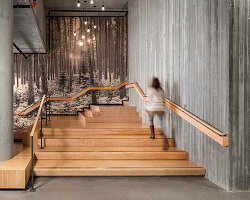