melbourne-based architecture practice doherty design studio has created this whimsical and playful cubbyhouse influenced by a nomadic gypsy wagon. named the ‘vardo hut’, the children’s space was initiated to help raise funds for charity and in the end, it was auctioned for $9000. 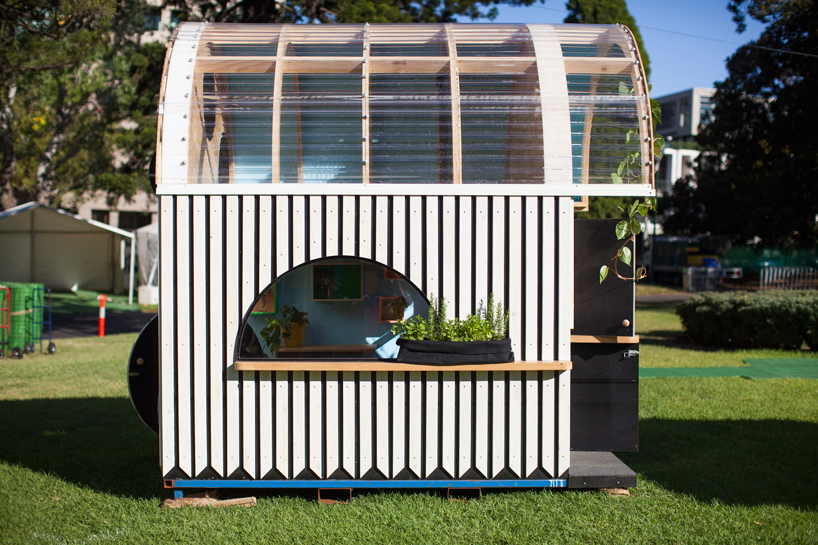 taking the traditional shape of a gypsy wagon to add a sense of adventure, the aim is to ignite imagination and a sense of adventure. doherty design studio used common garden materials to realize the bold and playful forms. children are encouraged to create hanging gardens outside and further integrate the hut into its surroundings. inside, there is two levels; the upper treehouse-influenced loft area features a suspended net which adds a playful element, while inviting natural light from the clear curving roof. shelves painted in different colors allow children to bring greenery into their intimate space and ultimately, the aim is to educate and convey how to live sensitively within nature, and interact with contextual design. 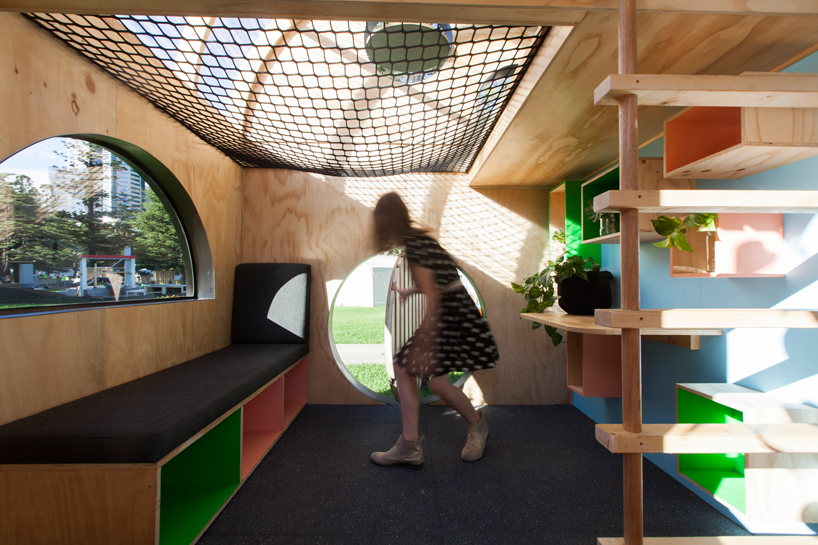 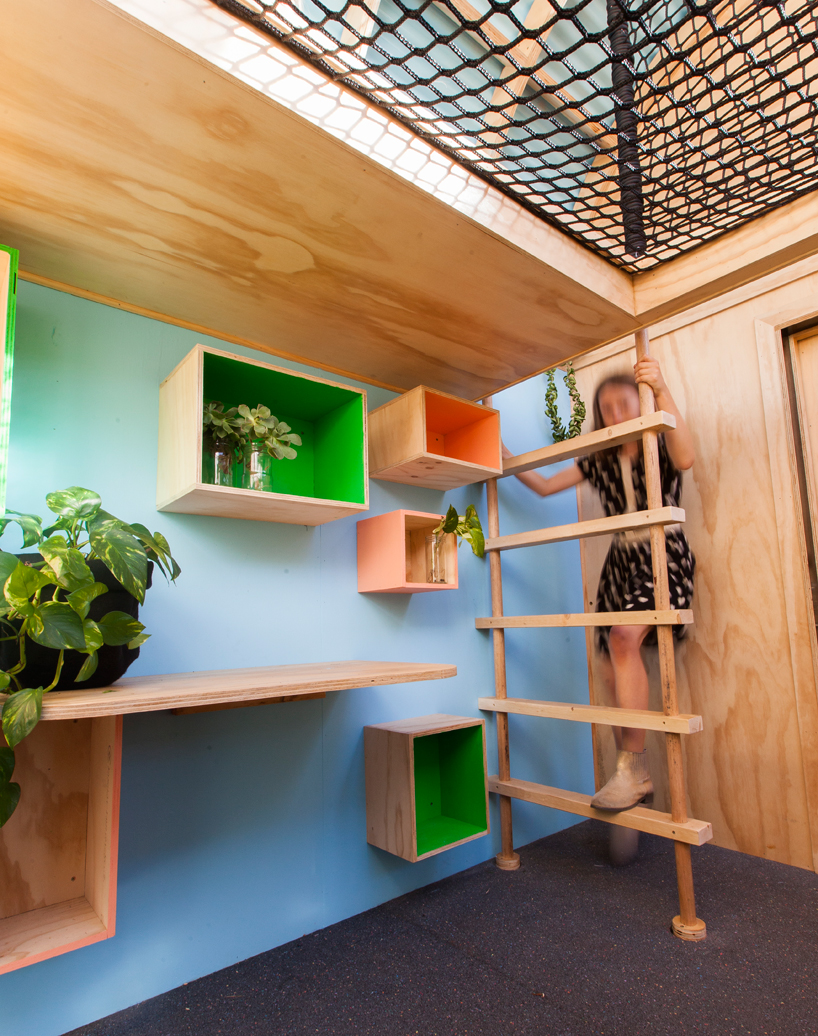 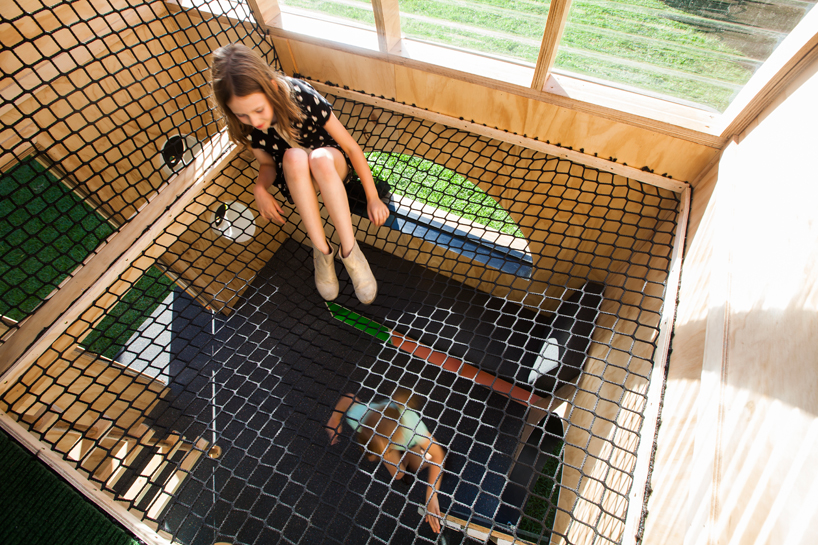 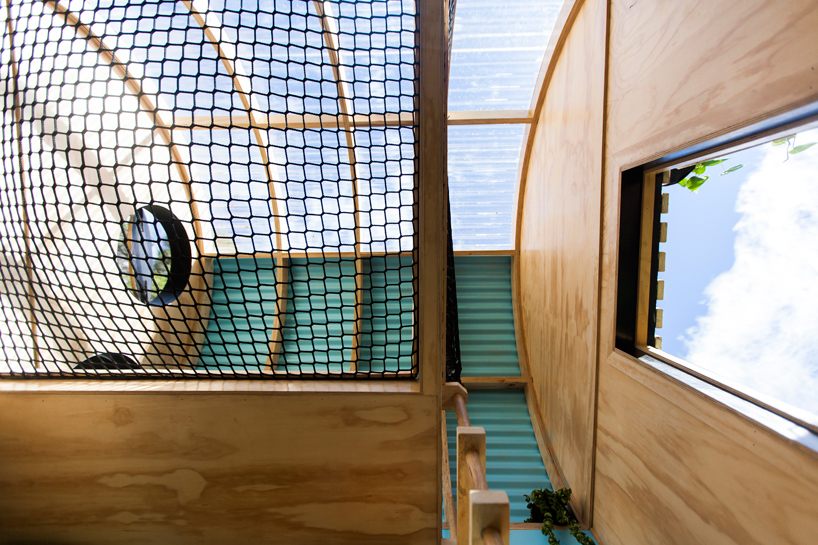 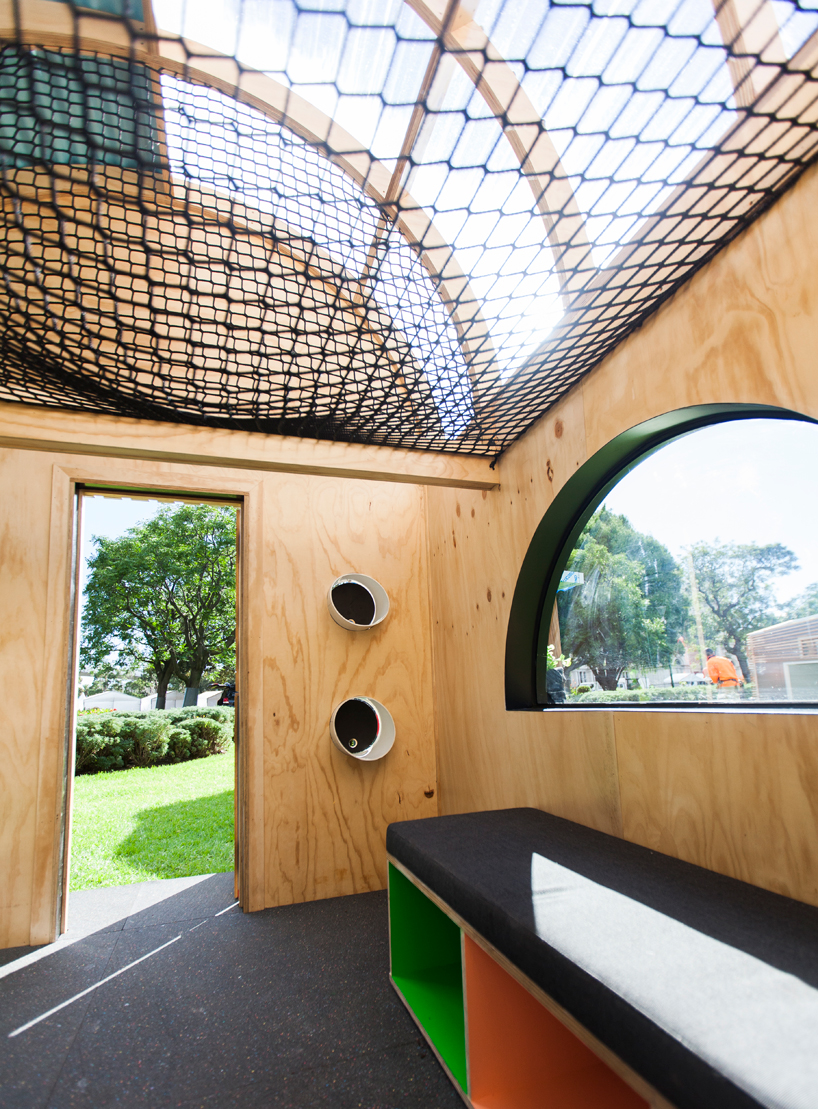 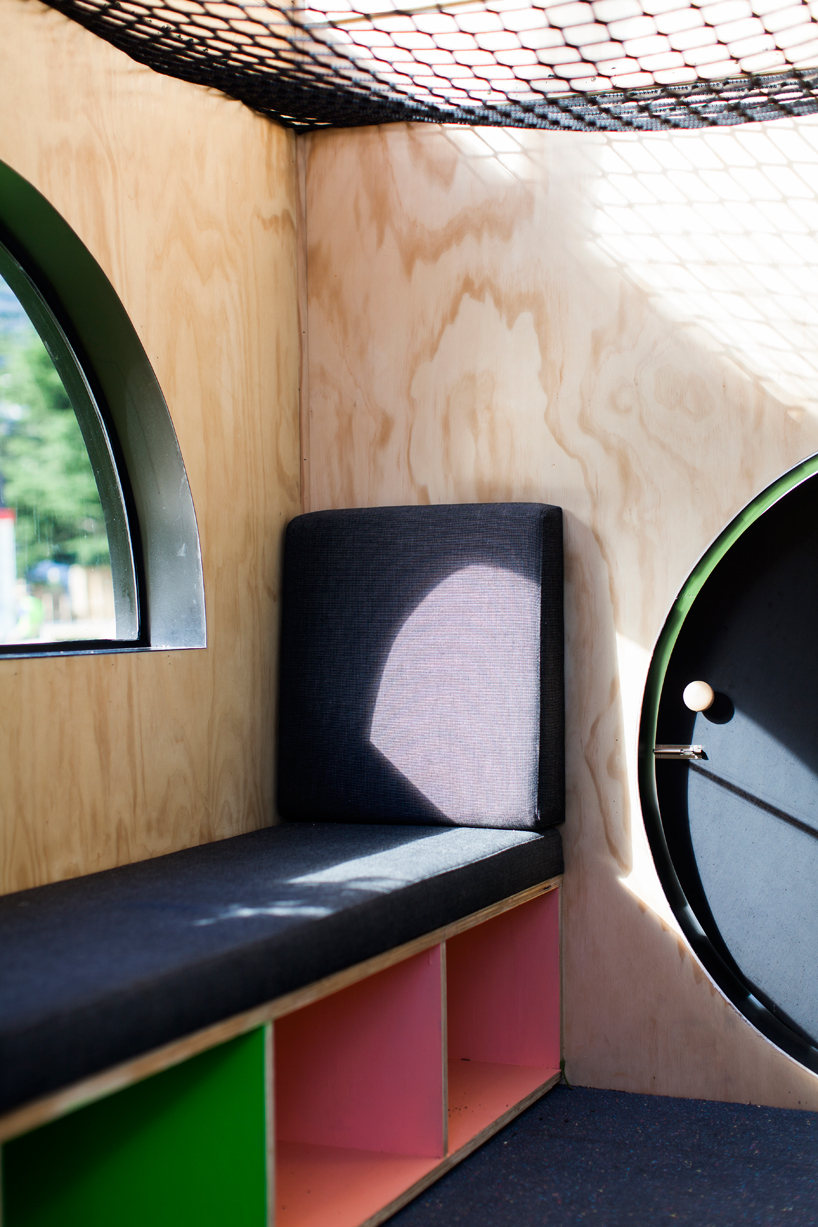 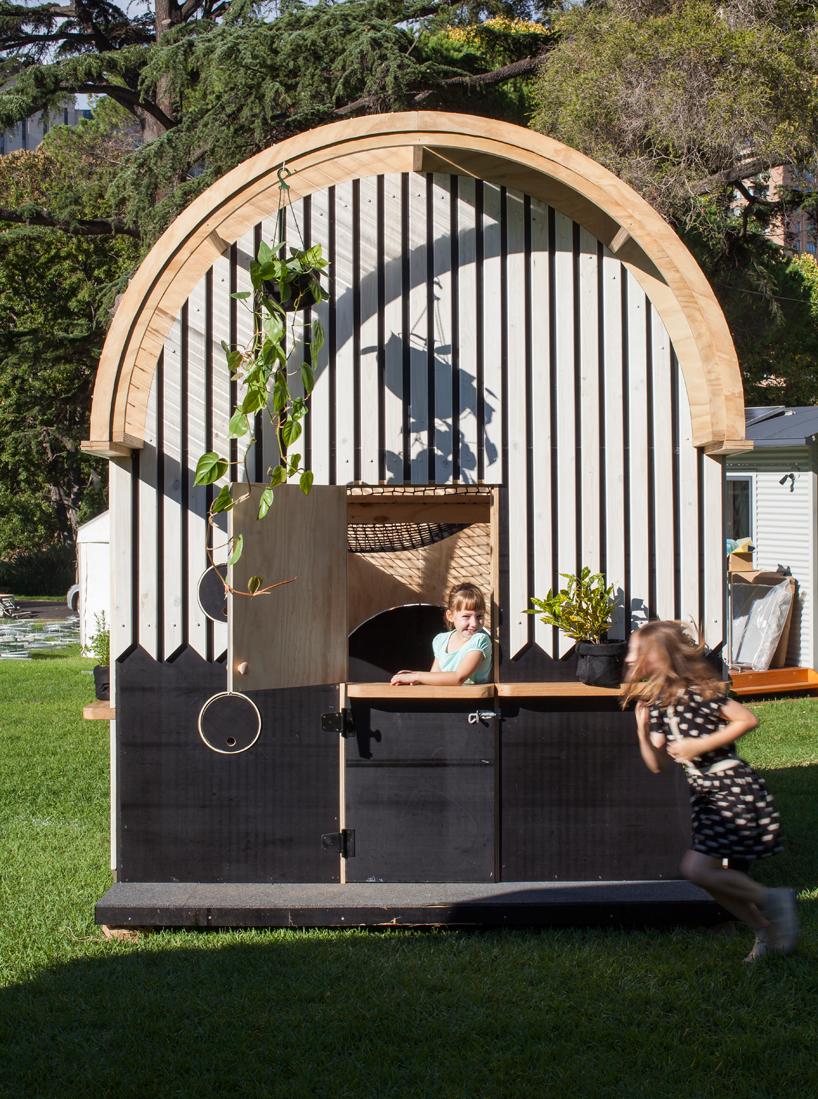 the design mimics the frontage of the traditional gypsy wagon 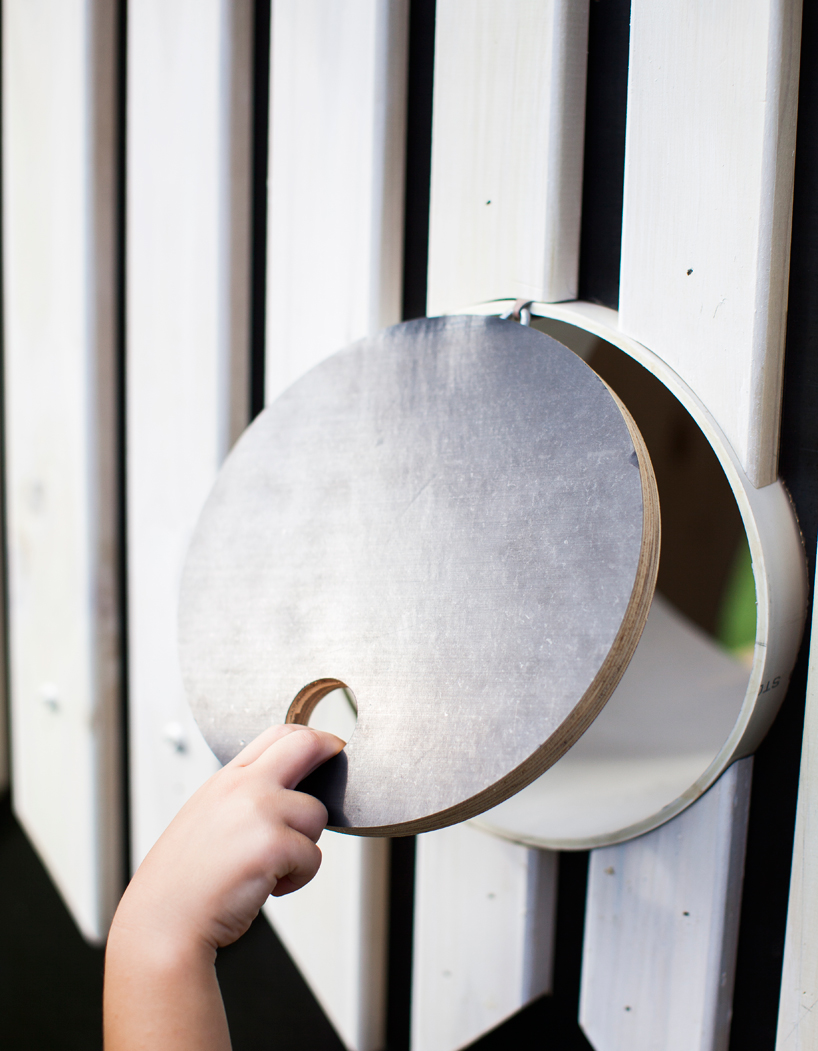 the overall design educates children on living sensitively within nature 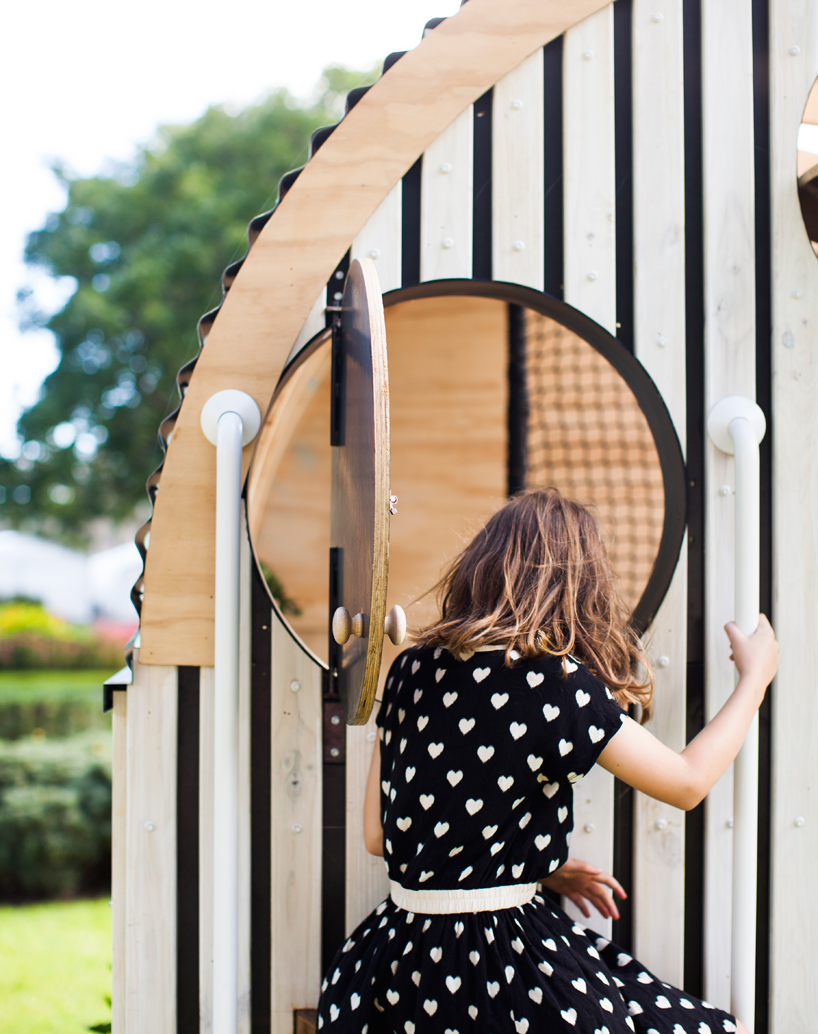 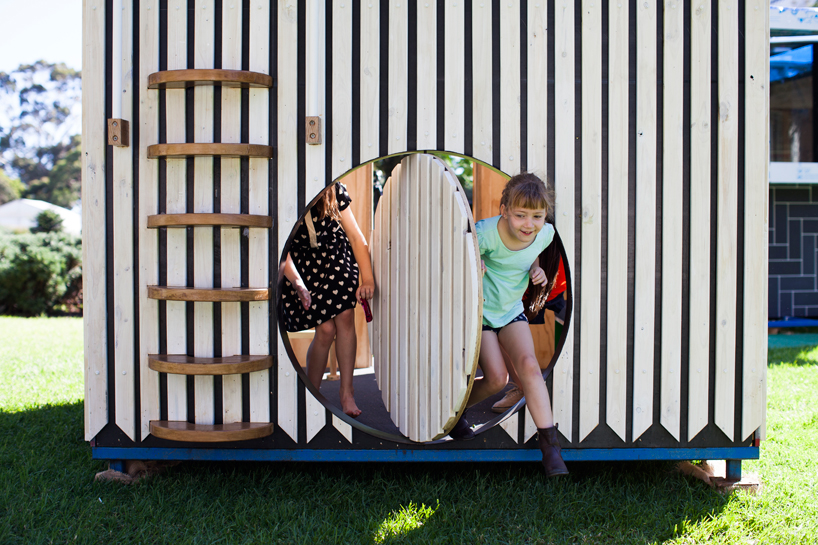 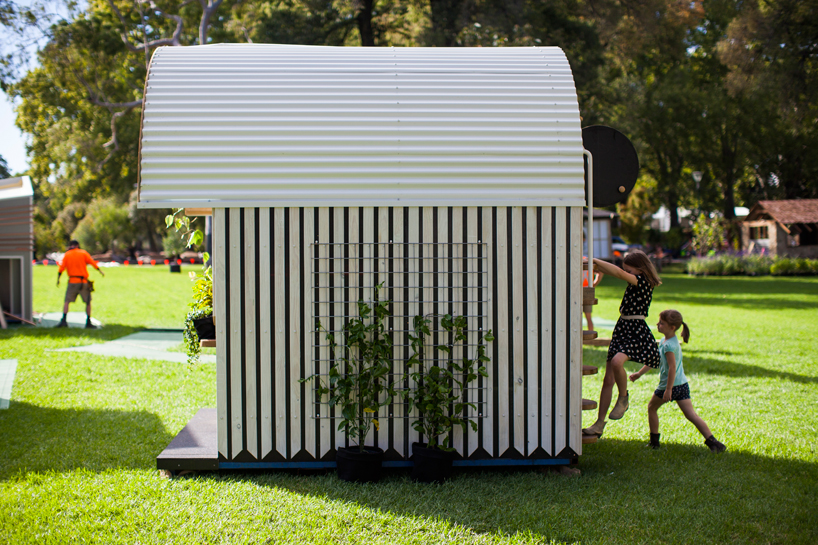