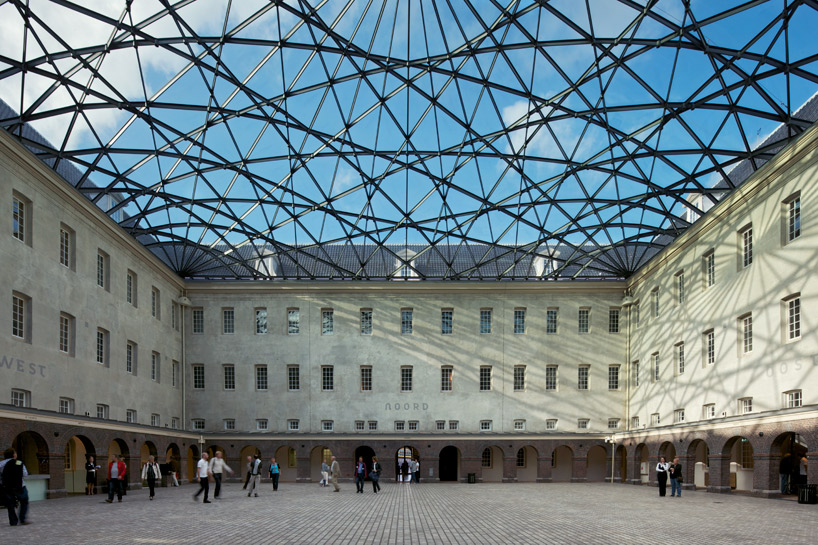 positioned as if to embark on a seaward journey on the nieuwe vaart, the ‘het scheepvaartmuseum’ designed by amsterdam-based dok architecten breathes
new life into a 17th century maritime warehouse. the new museum is the result of a collaboration with restoration experts at rappange & partners,
belgian architects laurent ney who is responsible for the concealed contemporary roof, and the several firms who created the individual exhibition spaces.
the most striking feature of the renovation is the respect and care taken into preserving the original masonry. the timber framing that
held up the construct are still in position and have been exposed for integration into the visitor experience.

the symmetrical layout of the classical language remains intact. in fact, several previously closed openings were re-opened as they
were initially designed, also uncovering subterranean vaults which are now accessible to the public. exemplifying one of the first uses of
portland cement in the area, the facades were very diligently reconstructed to their initial state and sealed with a clear paint. to accommodate
the growing number of visitors, the central courtyard was covered by a thin steel roof. this semi-exterior space functions as a large expanse to
circulate mass quantities of people in addition to being an orientation point between displays. low energy LED lights are embedded within the slender
joists and an innovative sound-proof floor. 62 tonnes of solar-shielded glass spans the column-less courtyard and leave a small gap around the
edge of the roof connection for natural ventilation. the entire metal construction can be dismantled at any time in the future without causing
any harm to the historical base. the mechanical systems have been relocated to the roof and replaced with circulation components.
demolition timber has been recycled into library tables, and the unusable areas between the girders has been opened to include light-filled work spaces. 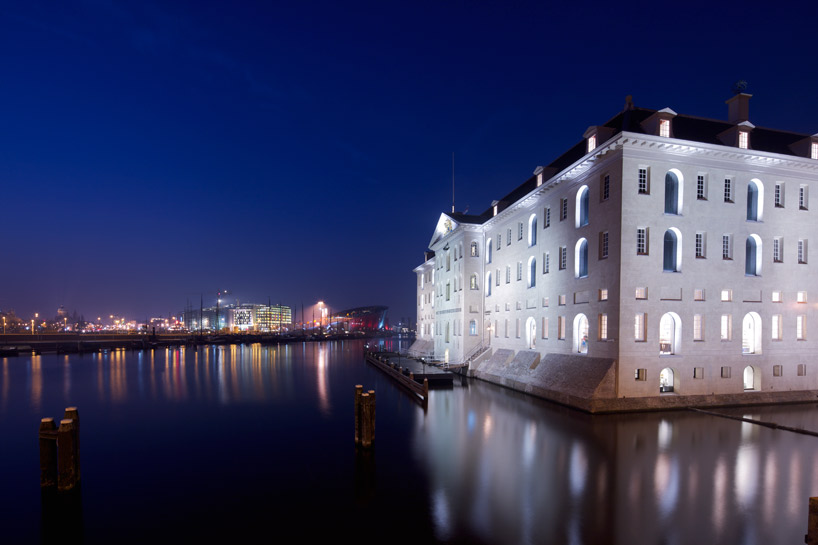 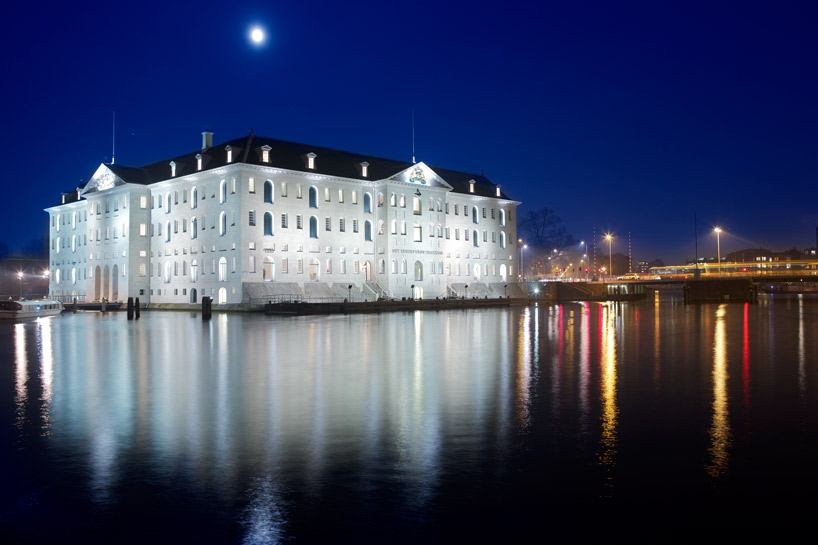 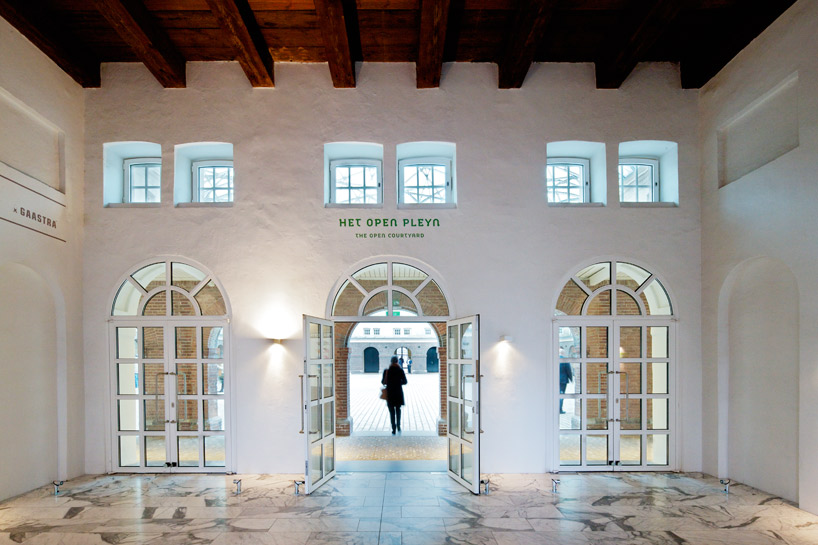 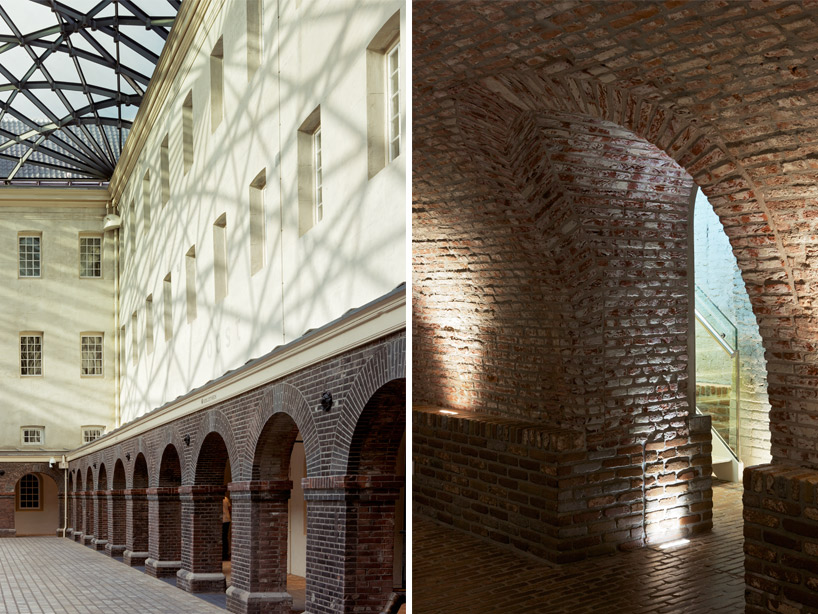 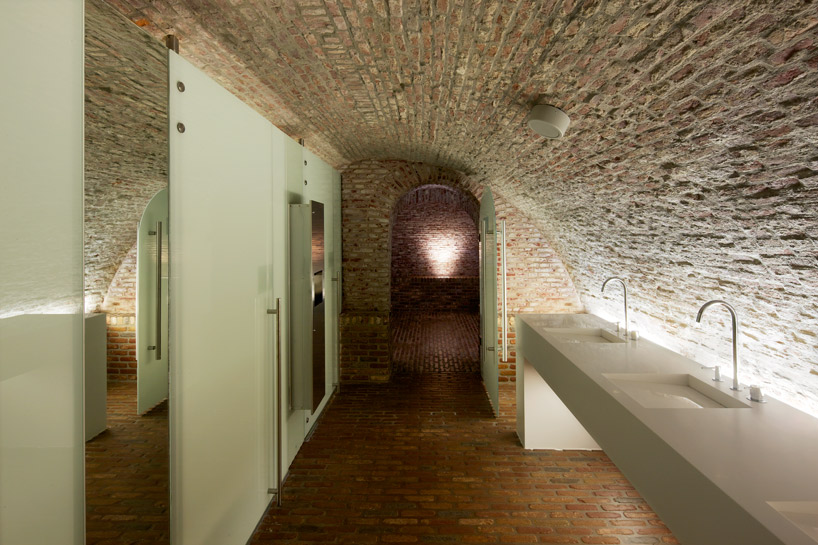 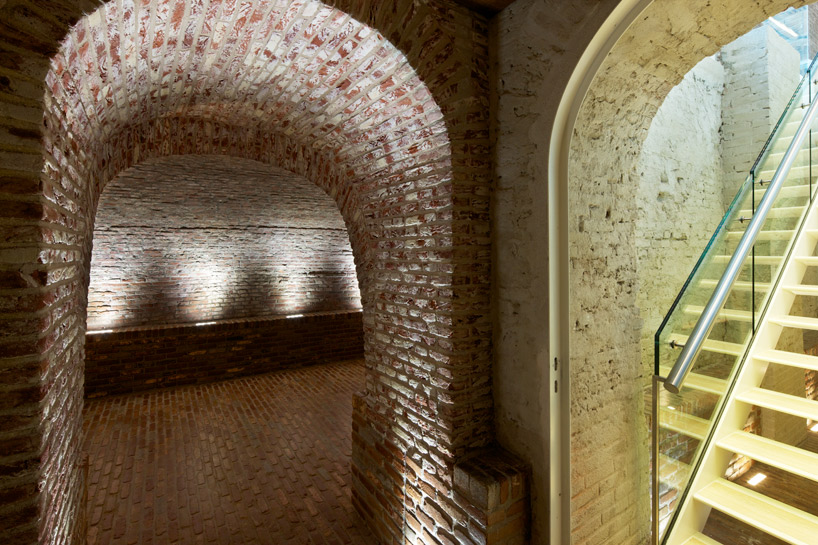 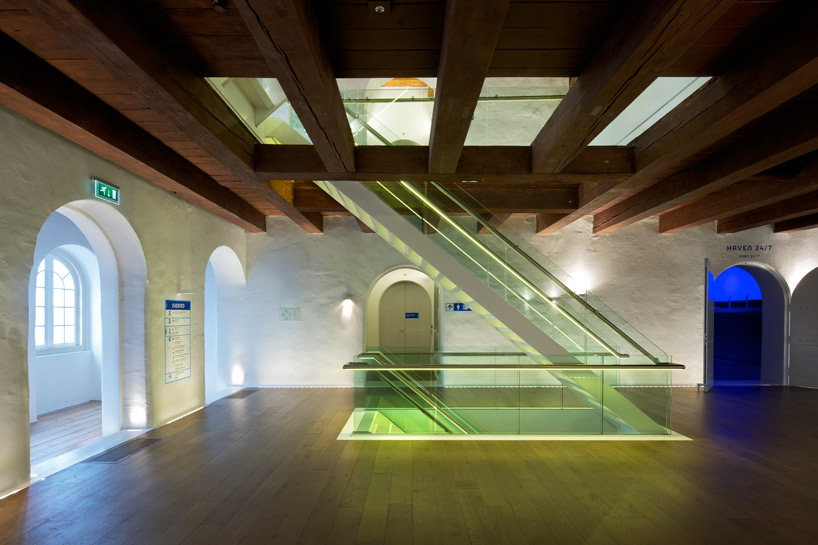 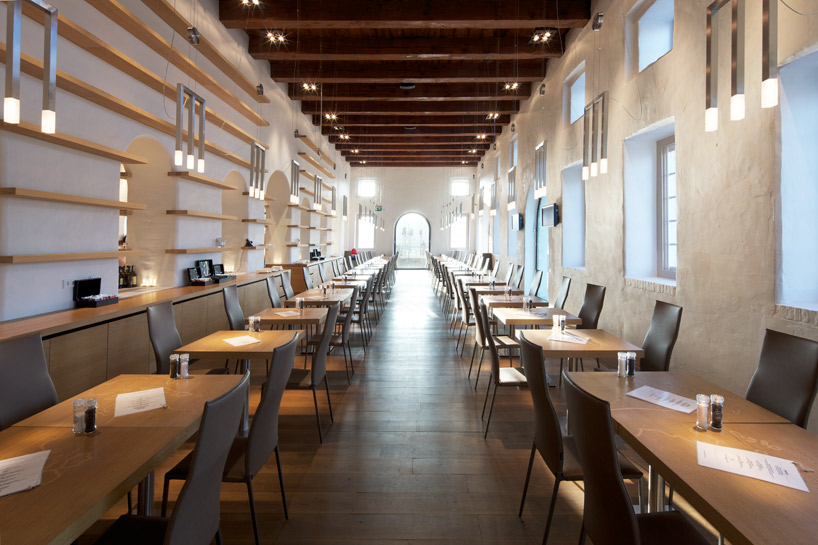 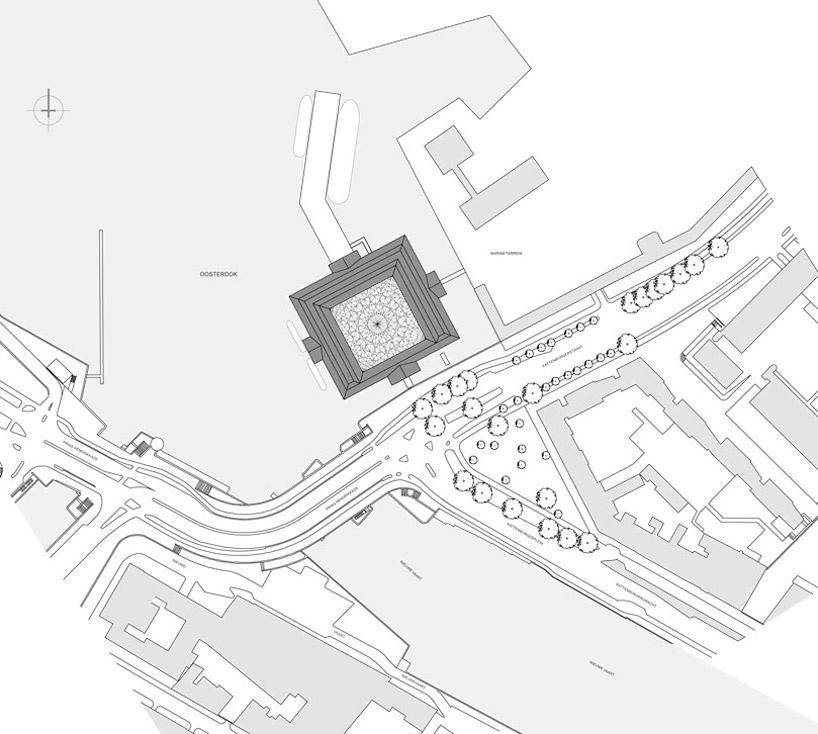 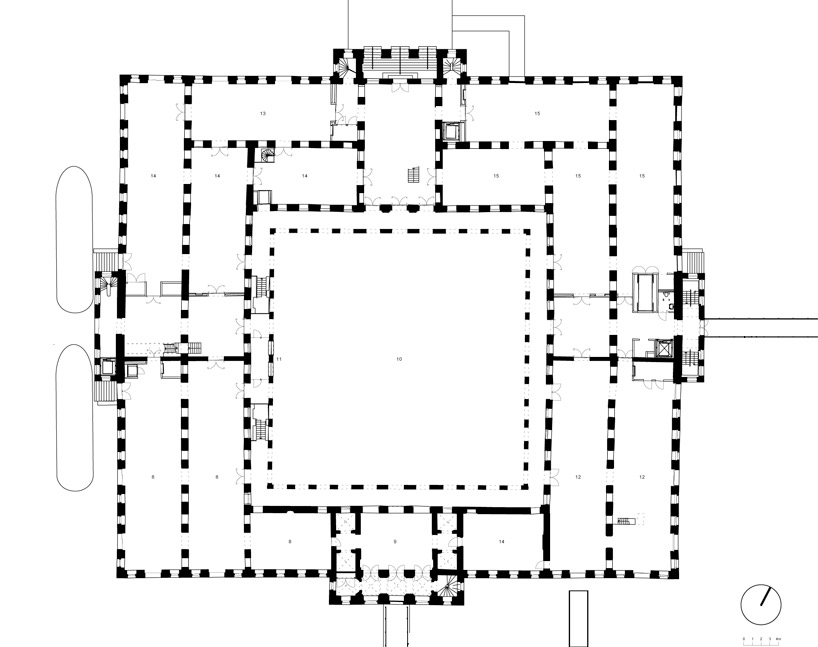 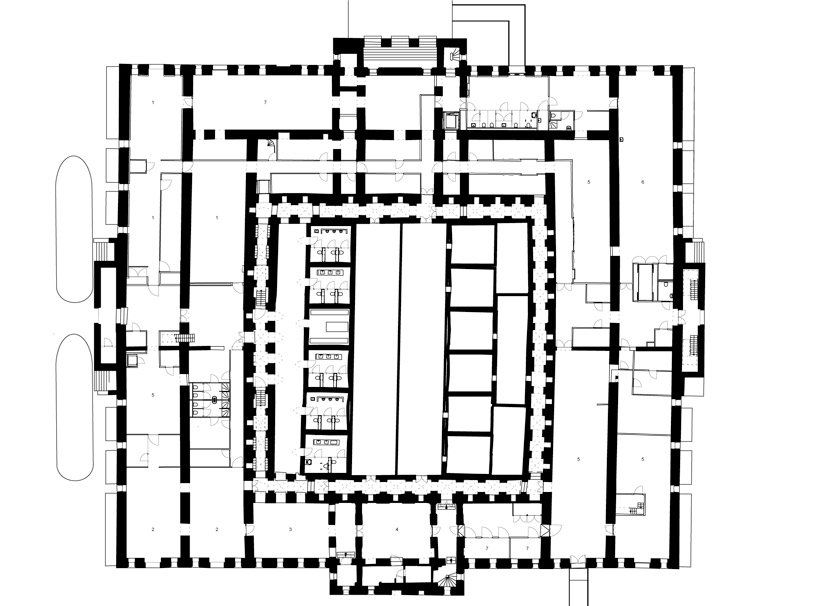 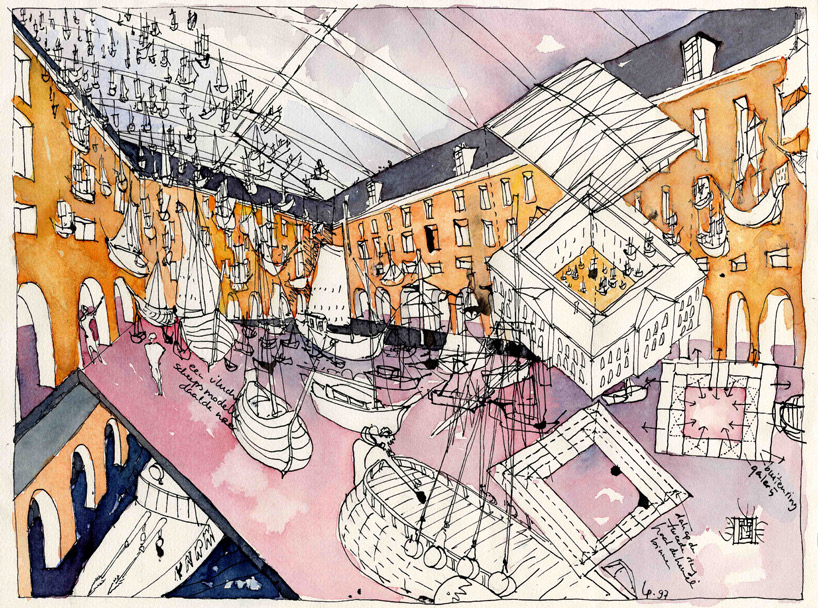 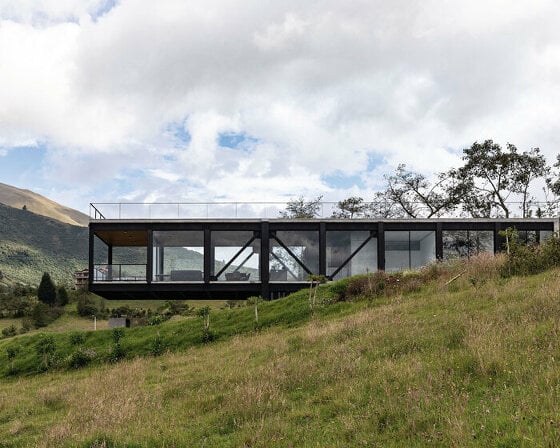 May 08, 2022
this cantilevering house by bernardo bustamante emerges from the mountains of ecuador
the living area floats above the landscape and is glazed on all three sides, immersed in its andean context.
architecture
240 shares
connections: +2680 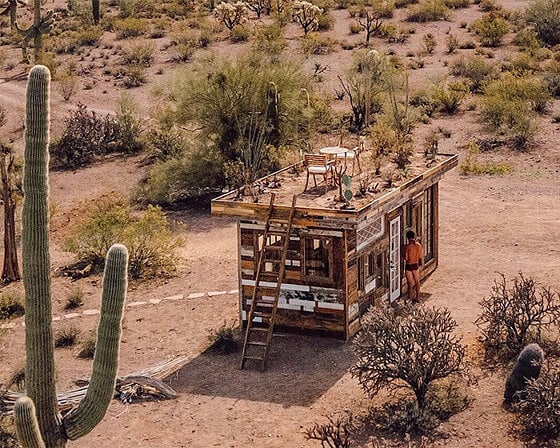