nestled in between the tress on a hillside near the small city of sant cugat del vallès near barcelona, dom arquitectura has built this compact timber cabin called ‘the wood studio house’. the build focuses on a number methods to minimize the effect on the landscape, the project is an exercise in sustainable design to provide a comfortable respite for the inhabitants. 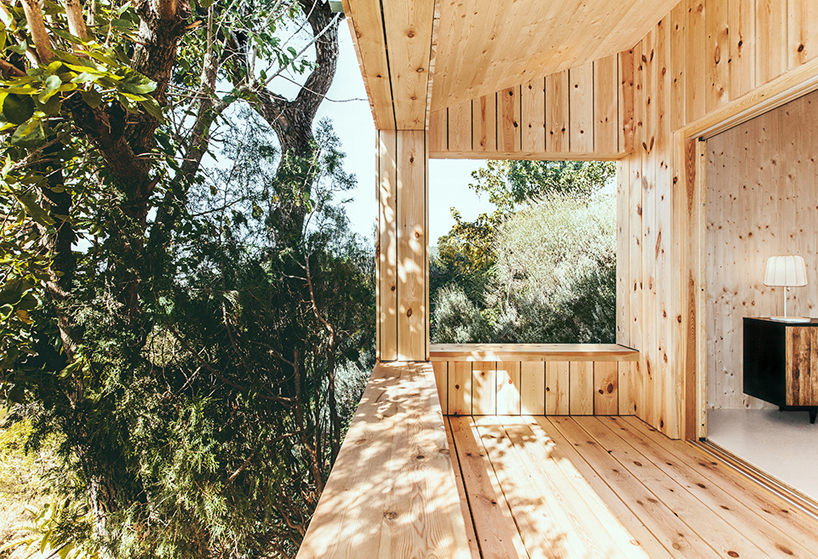 the sheltered porch looks out over the hillside

the exterior framework was constructed completely in locally sourced fir wood. along with thermal efficiency, timber is a material of choice due to the lower CO2 emissions an easy prefabricated assembly process. continued within, a three-layered plywood with pine finish was used throughout. 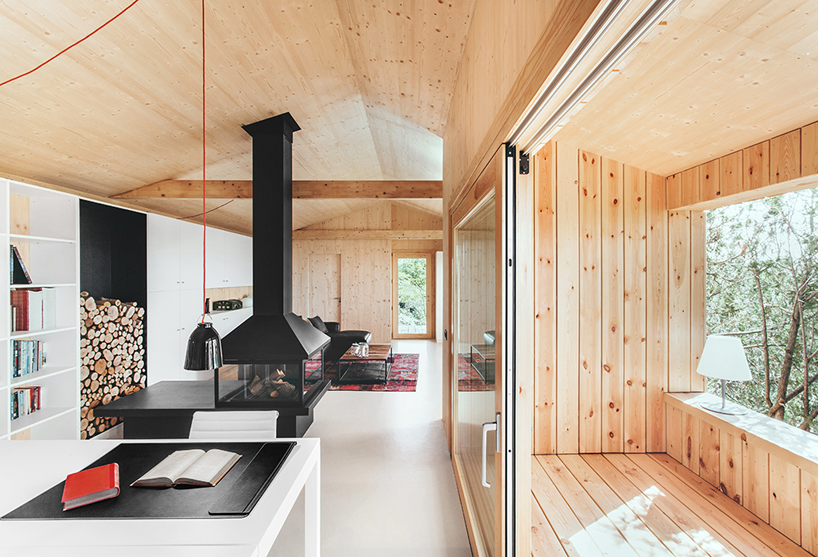 the careful integration of the double-glazed windows and shading allows the south-facing orientation of the longer side to constantly welcome natural light. the other three elevations contain fewer openings to encourage natural cross ventilation during the summer months. the single-storey home has been seamlessly divided into two living spaces which works with the rectangular floor-plan. a sheltered porch with a overhang simultaneously shades the glass to prevent overheat inside, while providing unobstructed views over the forested landscape. 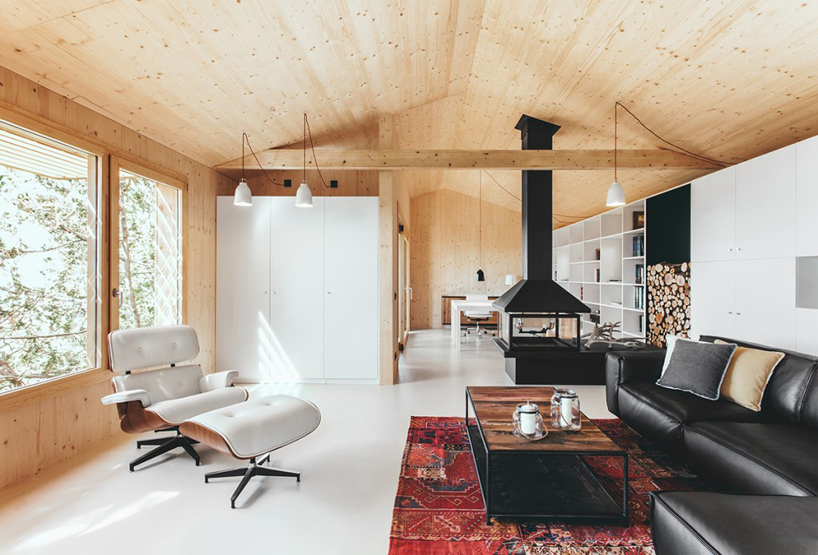 the main living space with a log fire at the core

in addition to solar panels and the recyclable construction methods, the wood studio house contains a rain water harvesting system installed beneath the home. the water collected is used for irrigation of the lawns and the organic vegetable garden to promote the owners self sufficiency. 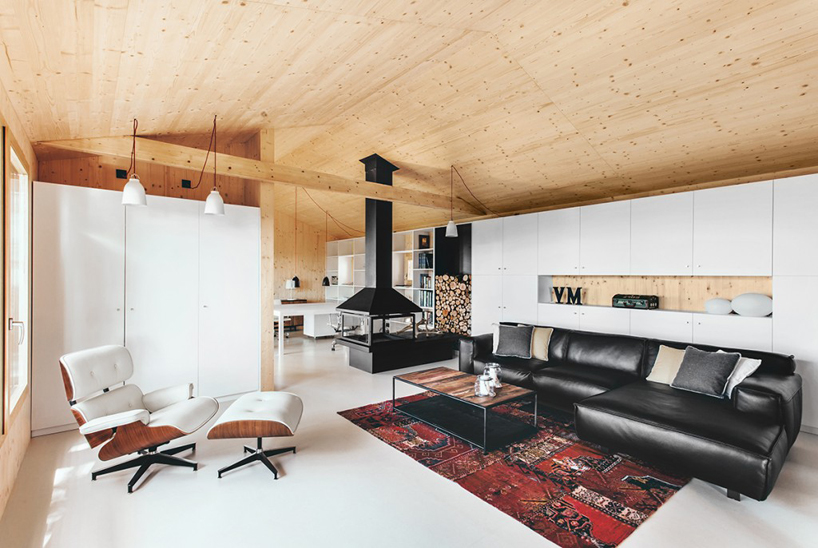 the interiors were finished with a three-layer plywood 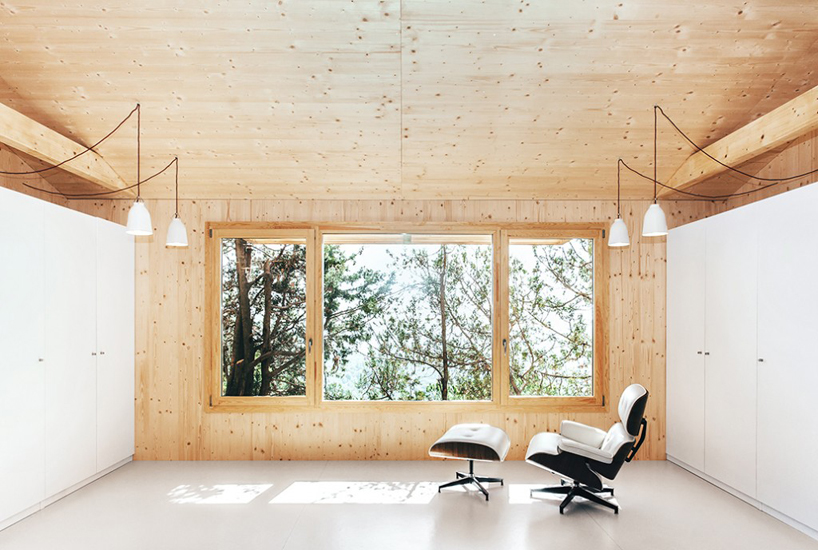 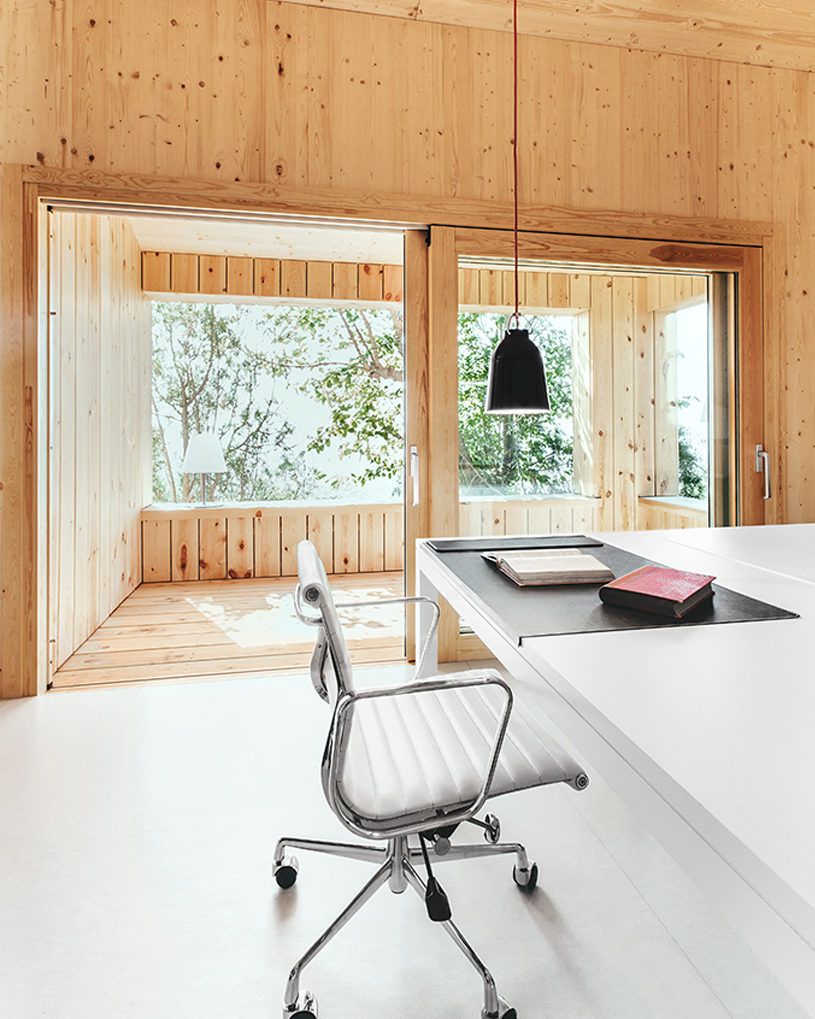 natural cross ventilation, result in fresh and breathable interiors during the summer months 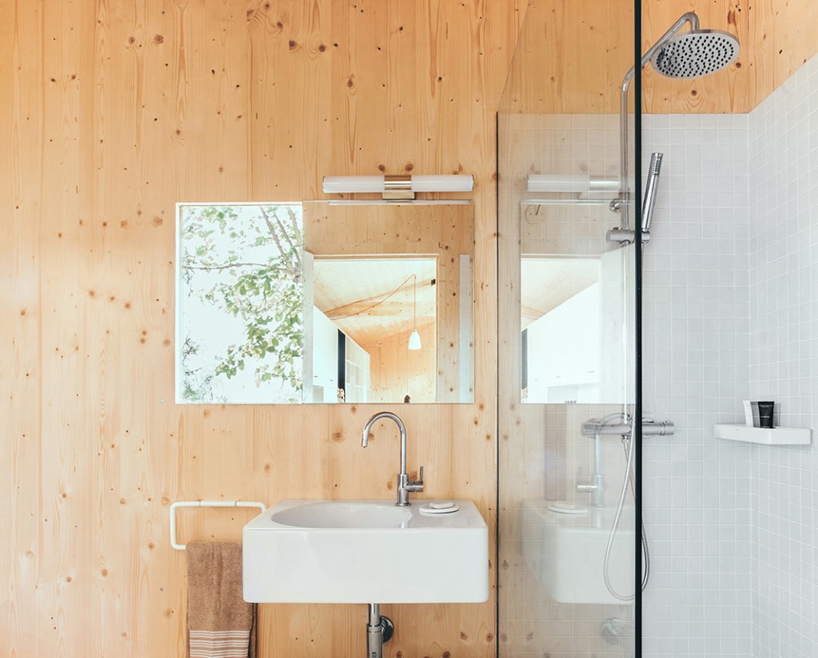 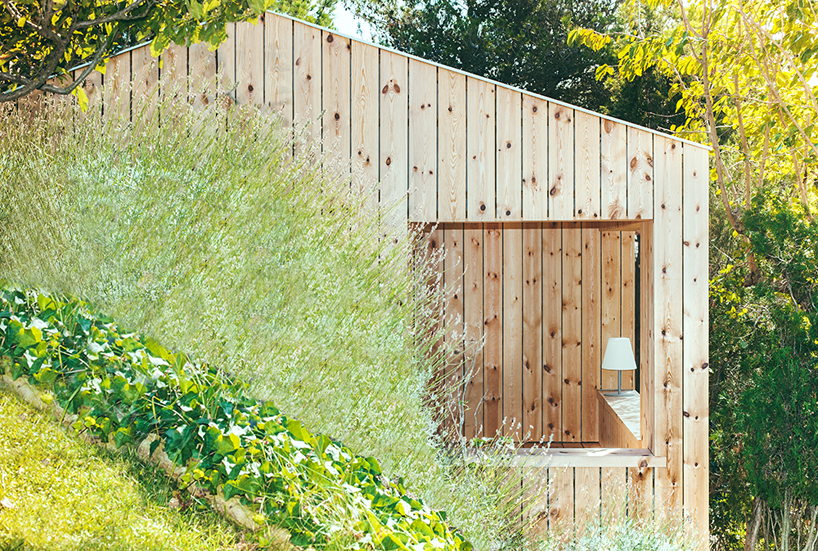 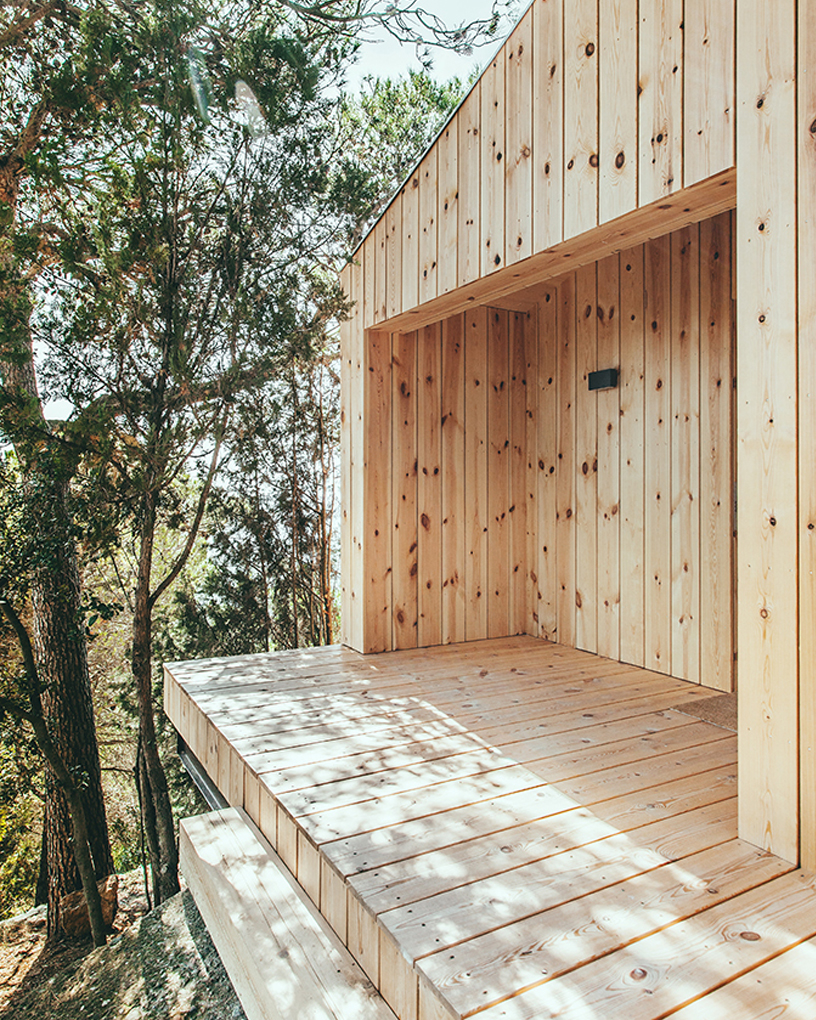 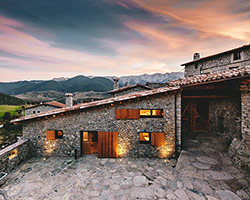 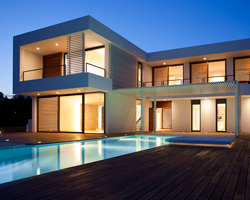